At The Edge Of The Abyss 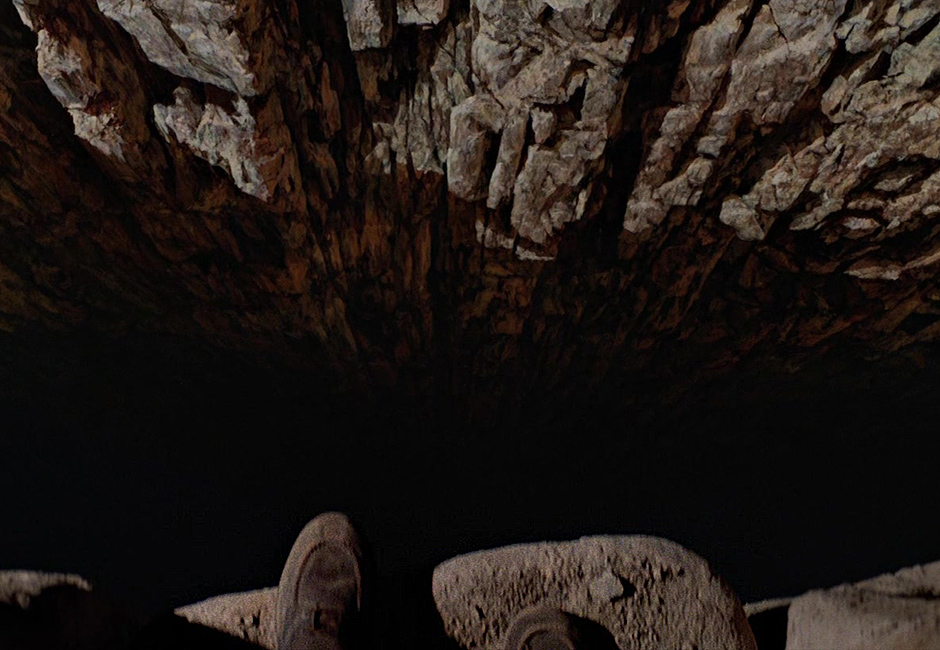 Over the past few sessions a situation has arisen which effectively puts us at the edge of the abyss on two separate but related fronts: U.S. equities and the Dollar. While the mainstream media is once again entangled in a furious clickbait initiative courtesy of our favorite East Asian bad-boy Kim Jong Un, I’m more concerned about what I’m seeing on my comparatively boring technical charts. Not to milk every doomsday metaphor I can think of but the storm that’s brewing here could have serious medium to long term consequences. So let’s observe the potential damage as well as consider opportunities for leveraging the situation: 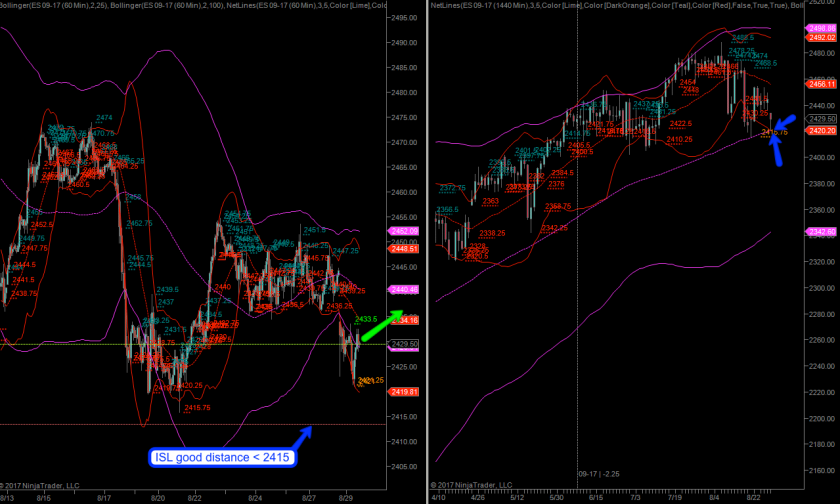 Yesterday’s session was nothing but a lackluster encore of last week’s low volatility sideways chop-fest. The current spike low slight above 2421 once again is in earshot of the 100-day SMA as well as a daily Net-Line Sell Level at 2415.75. Which means there’s a few handles of wiggle room but a drop through the prior spike low we painted on August 20th will most likely lead us lower. MUCH lower.

I’m currently long here with a stop a few ticks below 2415 – we don’t want to make it too easy for them, don’t we? However it’s a relatively small position as the odds for a bounce are 50/50 at best. Technically speaking I have been observing problems and if things devolve from here then I expect a chain reaction leading to very ugly consequences. No worries, we’ll get to that further below

Plan B, so to say, involves a breach of 2415 (and stop out of my long position) and a bit more downside, which I then expect to be followed by a bounce and attempt to recover our least favorite old chop-zone of 2410 to 2450. Which at that point has becomes resistance from which we may want to stage a short campaign. However all of this depends a bit on the timing and what happens over the next two sessions. Once again remember that next week is statistically the most bearish week of the year. So the timing may just be right.

So why be long at all? If everyone screams bearish and fear grips the markets I just can’t help myself but think about buying. Always remember, when it comes to the market what everyone knows is not worth knowing. However quite often the herd is spot on so if you trade against it then do yourself a favor and do it via small position sizing 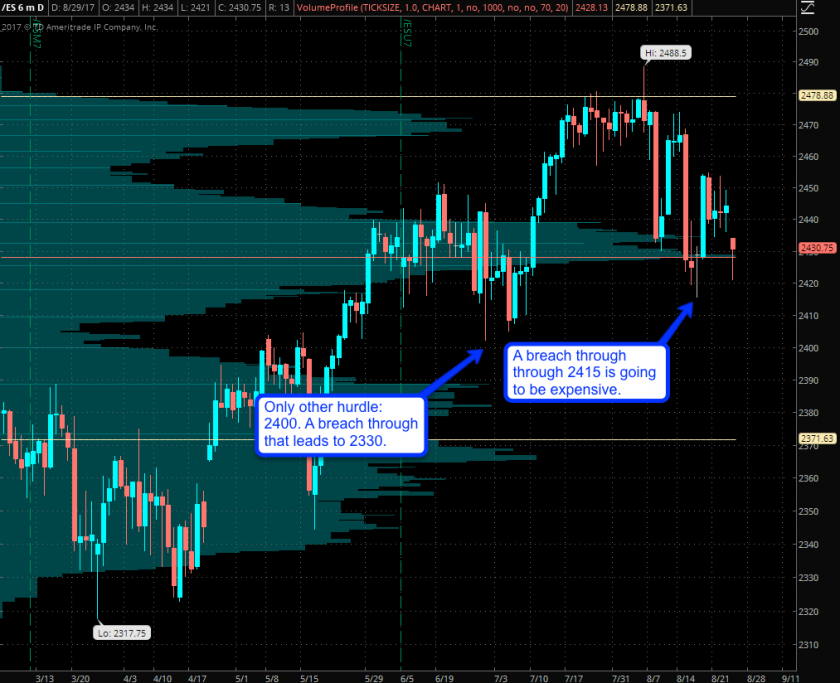 A bit more context as promised: For one we’ve now produced a pretty convincing diagonal support zone which also traces the volume hole starting at around 2410. A breach through 2415 most likely leads us all the way there and if that doesn’t stop the slide then say hello to 2330. 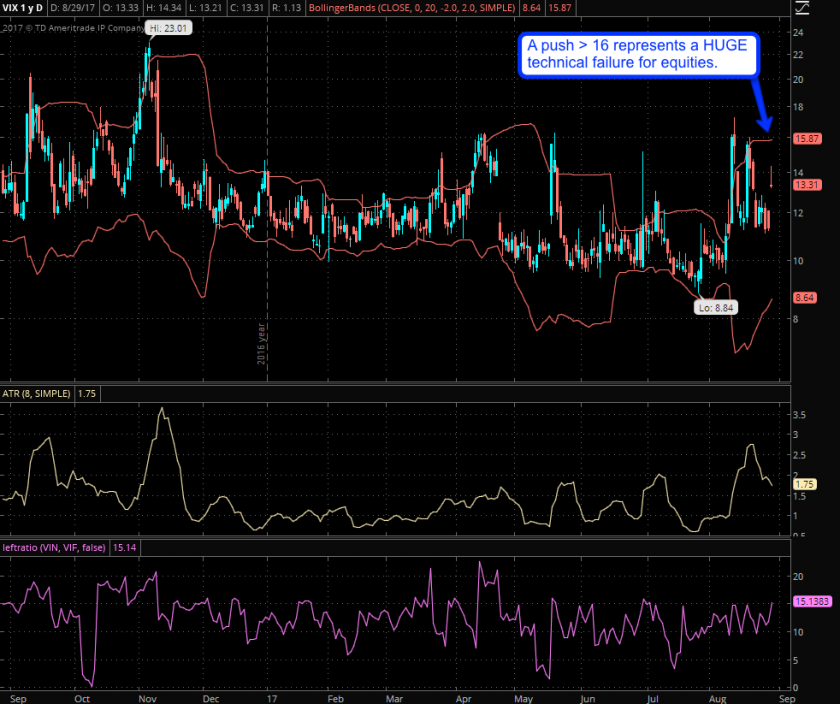 Now here’s the big one – the VIX. You may recall that I reported on not just one but two consecutive VIX Buy Signals (the buy is relative to equities) over the past two weeks. What is supposed to be happening here is a continuation lower on the VIX and a pretty violent spike higher in equities. But if the VIX pops > 16 then that would represent a failed VIX Buy Signal. A push > 17.5 would disqualify the prior VIX Buy Signal and I probably don’t have to explain to you what I would expect to happen next. So actually make that 3 instead of 2 markets on the brink as we should probably also count the VIX. 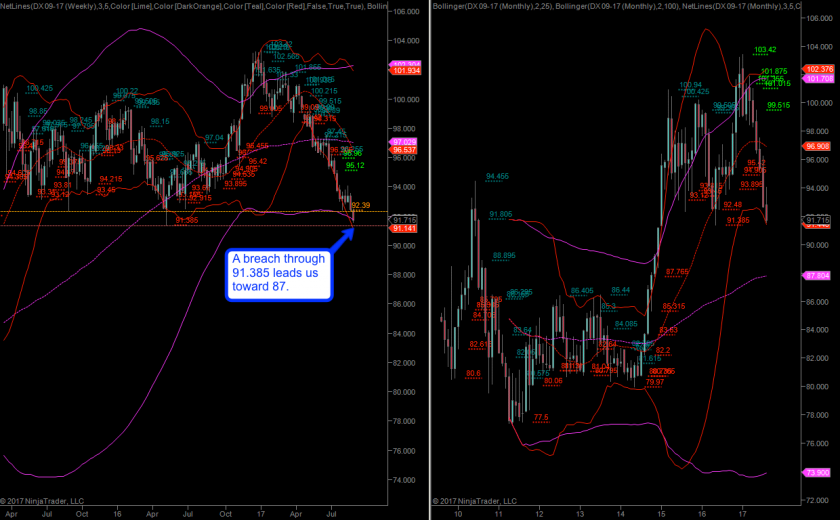 Number three then is of course the U.S. Dollar which, as feared two weeks ago, has now continued lower and is now running the risk of breaching its April 2016 spike low. Over the past few months I have been pretty verbose regarding the long term implications of that happening, so I won’t bore you again with the details. If you’re a noob just know that a drop lower from here most likely leads the greenback toward 87. So yes, life over here in Europe may just get a hell of a lot more expensive for yours truly. I really hope this won’t happen which is exactly why it probably will.

Evil Speculator Rule #742: When in doubt always short your fears. 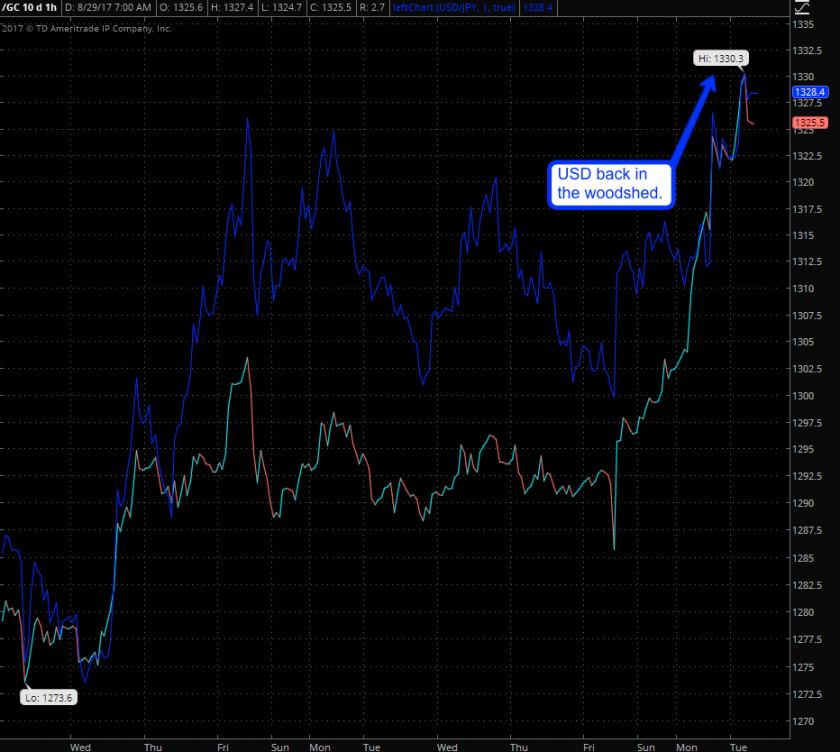 Of course this has given the Yen a massive boost which currently is tightly correlated with gold  (note that the correlation oscillates over time). I was tempted to be long here early last week but then changed my mind due to various contradictory variables. I still think it was a good decision as a long position would have had much better odds on a little dip lower, which we however never got. That’s part of life as a trader – most of the time we don’t get the tape we want. 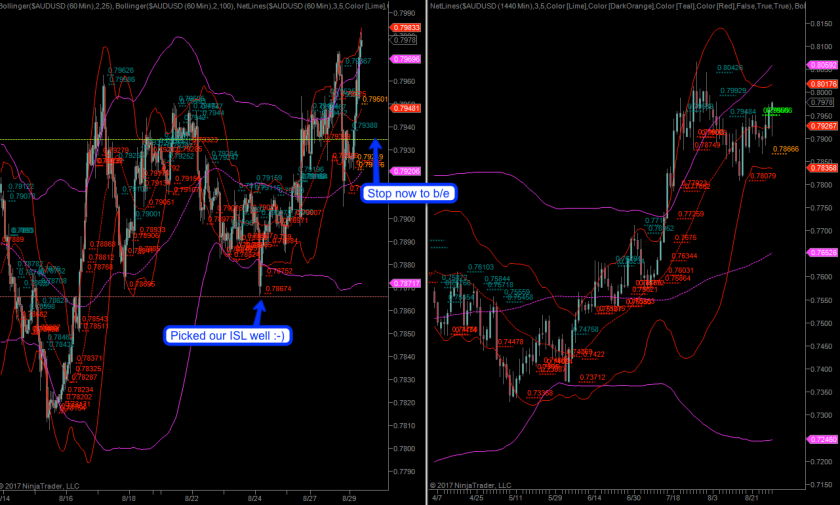 One of the campaigns that survived last week’s shake out by a mere thread is the AUD/USD which painted one more spike low just a few pips away from my ISL. Fortunately it has now recovered to the point where I feel comfortable to advance it to break/even. That breach of the daily NLBL has a good chance of leading higher, so here’s at least a little hedge against the unfavorable exchange rate I’m most likely going to be facing this Christmas.