Tuesday night I suddenly found myself in world of hurt when, much to my chagrin, I realized that Google had stopped supporting an older authentication method used to access Google Docs (now Google Drive). This effectively blew my strategy logging code out of the water – however, even worse, it also started crashing them. Effectively I had two choices: either find a solution as soon as possible or remove automated logging altogether. The latter was only a option of last resort and I scrambled all day to find a way to implement Google’s new authentication method into my module. Unfortunately there was very little documentation available online – Google is pretty notorious about providing sporadic support for their APIs. The best you can hope for are code examples and tutorials posted by well meaning coders who already wasted a week of their life figuring it all out the hard way.

I don’t know how but I managed to scrape together enough information allowing me to produce a fix late last night. In the end I wound up posting it online in a few pertinent threads. As you can imagine I wasn’t the only one affected and a lot of people’s production systems came to a screeching halt. Now of course it was all my fault to begin with. Google’s old authentication method has been officially deprecated since 2012 and they officially pulled the plug on the 5th – for some reason they kept it running until the 25th. I should have known better but I don’t really keep up to speed with every damn API I’m using. That’s one of the reasons why I left that industry to begin with – your work never ends and it seems every other week they’ll change something just because they can. 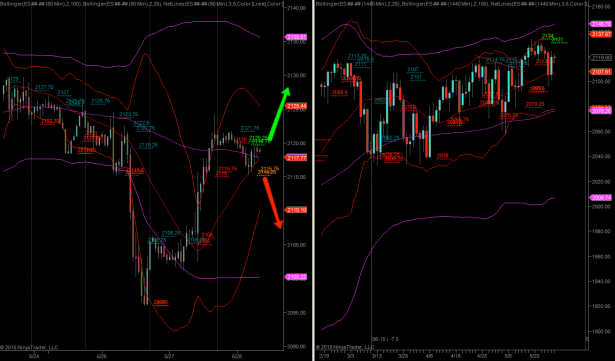 Anyway, excellent entry opportunities this morning and I’m happy to be back in business. The spoos are back at the 100-hour SMA and I love the binary setup here, which is simple: Long above the NLBL at 2119.75 – short below 2116.75 – place your stop at the inverse trigger. Right now things are dropping lower so the bears may get their day. Seems like the bulls and bears are operating on an alternating shift now. 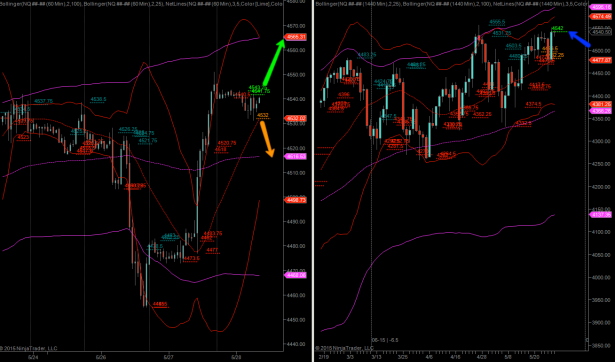 The NQ also not looking so shabby and I like the daily context. Similar idea here really although I don’t think the downside would really get going until after 4520. 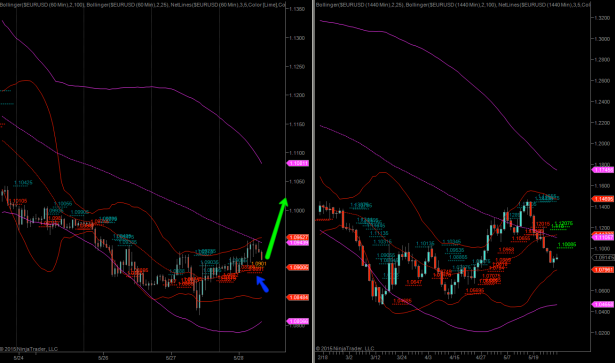 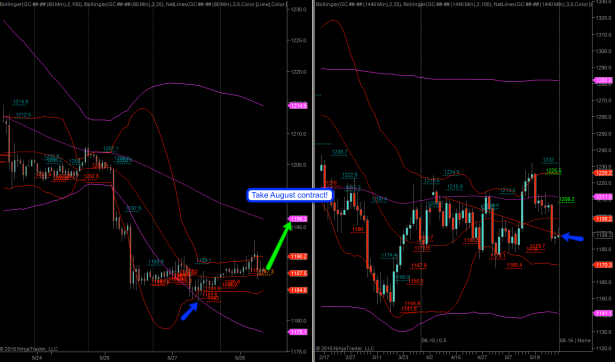 Gold – grabbing a long with a stop below the recent low. If it can’t hold 1190 I think it goes to 1170. Short trade below may be good medicine – whatever you do grab the August contract. Wow, this year is passing quickly….

Alright more goodies below the fold – please step into my lair: