My apologies for the late post this morning but it’s 25 Celsius (~77F) here in Valencia and I spent a bit too much time running errands after a late start. Not being completely useless however I at least would like to alert you guys to a juicy ST entry opportunity on the spoos right now: 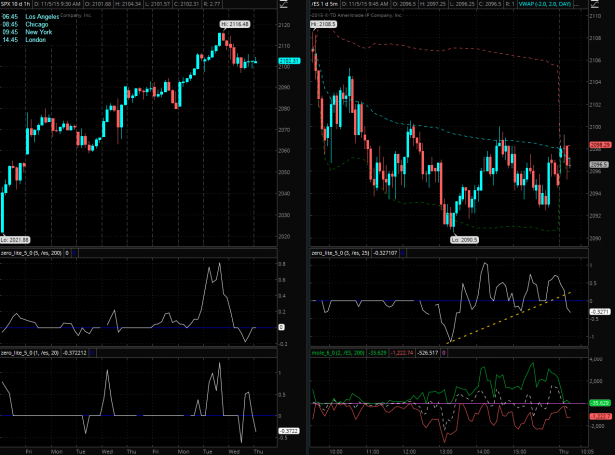 The Zero is produced a very slight divergence last night (keep in mind it’s a small signal range) but I’m more interested in the trend line I just dropped for you subs. Watch this one like a hawk as we don’t to see more than one or two closes below it (preferably near it and at best above it). 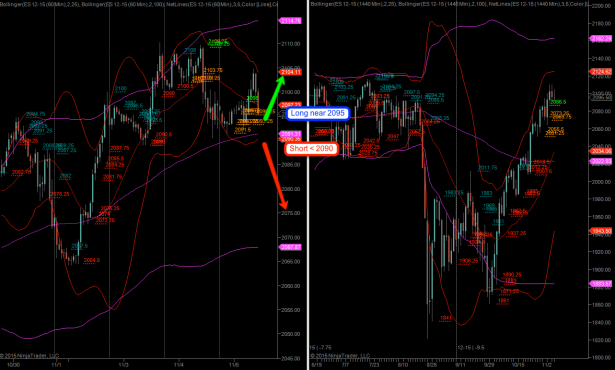 Now here’s the setup – as we’re currently dropping toward the 100-hour I am looking to grab a small long position near ES 2095. My stop is going to be near 2090 – depending on the Zero signal (meaning if it’s supportive) I’ll plan to flip for a short position if stopped out.

That’s all for now – I’ll chime in a bit later. Suffice to say that watching the Zero is tantamount as I expect it to show participation should momentum start flipping to the downside.