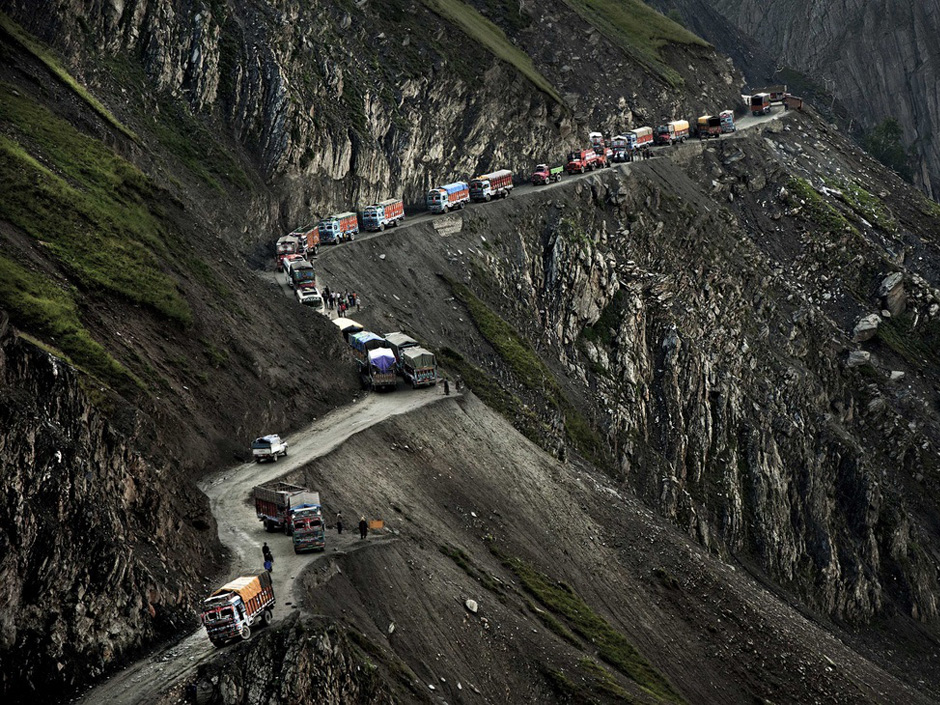 We all wish we could predict the future. After all trading would be a hell lot more profitable and given a year of prescient entries/exits we’d be able to retire in comfort on our own private islands. Unfortunately it is exactly this deep-set desire for clairvoyance mixed with a healthy helping of hubris that more often than not drives us to engage in hare-brained campaigns. What’s worse however is when you get exactly what you wished for. The tape turns almost exactly where you thought and your ego instantly puffs up like the chest of a male frigate bird.

Now that you think of yourself as a veritable market sage, what comes next is fairly predictable. Your position sizing inflates along with your ego while your stops begin to shrink a bit more every time. Which eventually of course leads to a nasty series of concurrent stop outs, and that in turn triggers revenge trading. 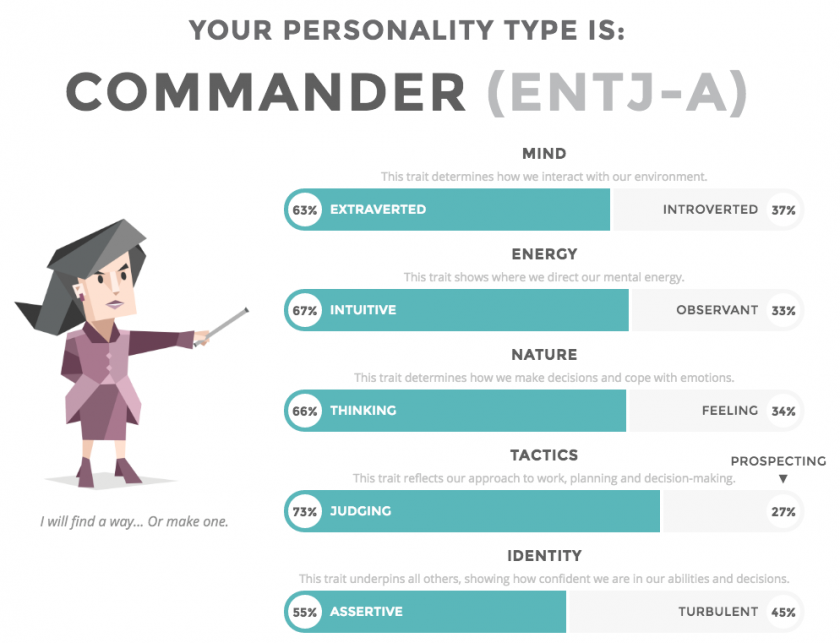 Of course your mileage is always going to vary depending on your personality type. I am an ETNJ on the Myers-Briggs personality scale. I guess no big surprise there for most people who’ve been visiting here for more than a few weeks.  Look at that 73% ‘judging’ trait which appears particularly pronounced.

It’s one that in general has served me well over the years when it came to making tough decisions about my life. However it’s also the one that repeatedly got me into trouble when I started out as a trader, as I had a tendency to believe my own bullshit when things started to work in my favor. Can’t argue with success, right? Well, actually you can. 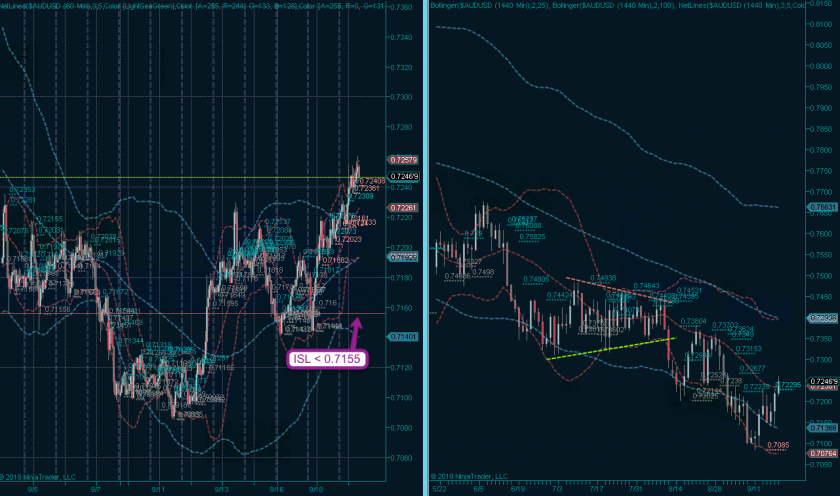 Here’s the AUD/USD in which I had a short position but then pulled my ‘once per month’ privilege to violate the rules and exit when I started seeing a pretty distinct floor pattern. And it was the ‘right’ decision in hindsight as I otherwise would have gotten stopped out today. In fact I just grabbed a long with a stop < 0.7155.

So far so good. But the take away I want to bestow on you guys today is that getting what you want in trading is a double edged sword. Meaning it cuts both ways in that it’s a rewarding experience but at the same time it shifts your perception of yourself and thus can quickly lead you to do stupid things. So every time I find myself getting what I predicted I tell myself to curb my enthusiasm and don’t let my ego get in the way of things. 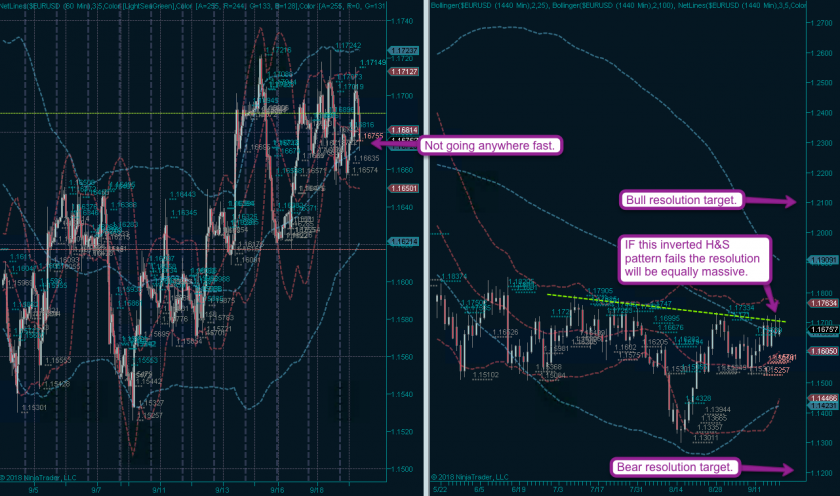 Okay, the EUR/USD is not going anywhere fast and I wouldn’t really both you guys with an update here. But the daily pattern is worth noting. Look at that huge inverted H&S pattern. To me the odds support resolution to 1.2 at minimum, maybe even 1.21. That would really suck for my exchange rate here in Europe.

Worth considering as well is the lower probability bearish scenario. If it fails it would be contrary to what I would consider general market consensus and that may amplify the resolution lower even further. Keep in mind that these patterns often paint a little fake out move before they finally embark on the big final leg. So I expect things to heat up here and that pretty soon. 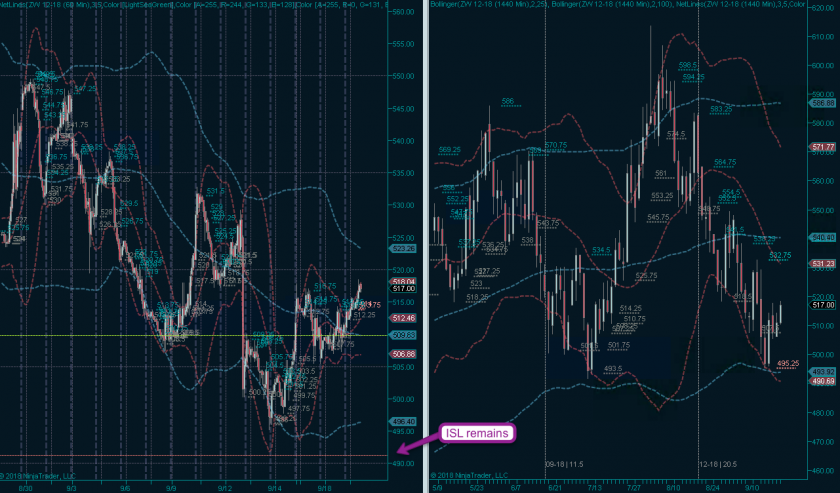 Wheat is looking good now but my ISL remains. 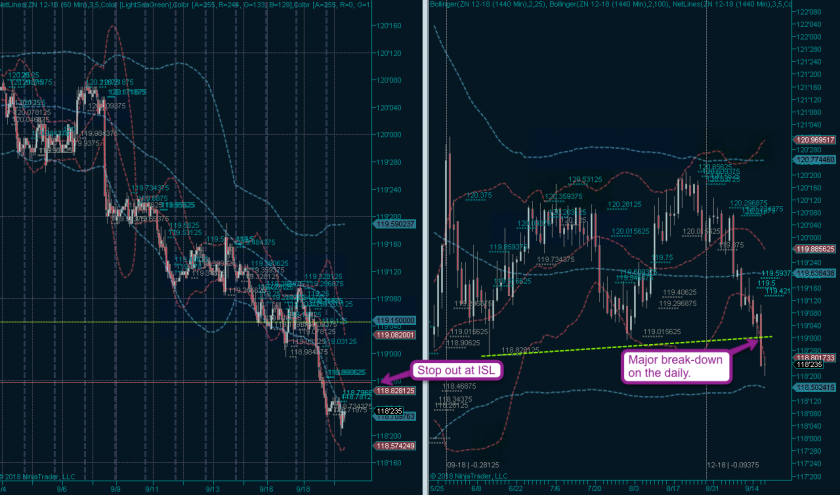 The 10-year bond futures crashed and burned right after my long entry. So much for my prescient abilities and I better stick with playing the odds. Not much lost as I only played a 0.25% position size as it was considered a lottery ticket.

BTW that was a major break-down on the daily panel and I don’t recommend that you step underneath this falling sword. Bonds are again in a world of hurt. 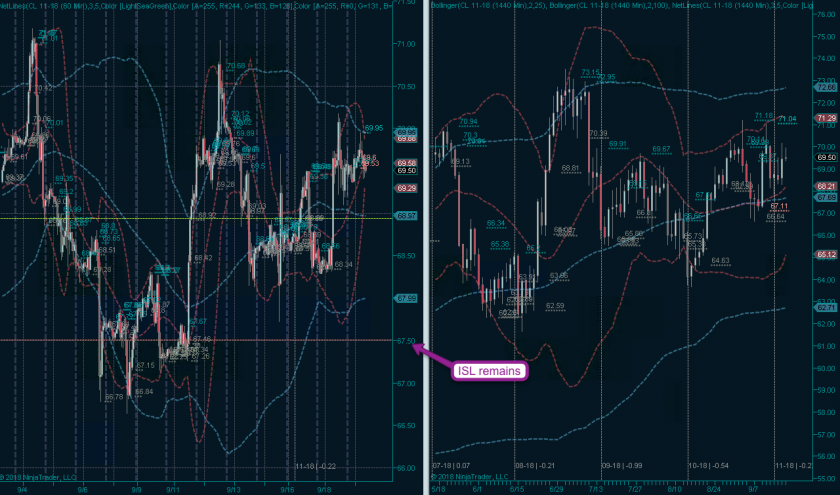 Crude looking good and my ISL remains until it hopefully gets out of the gate. 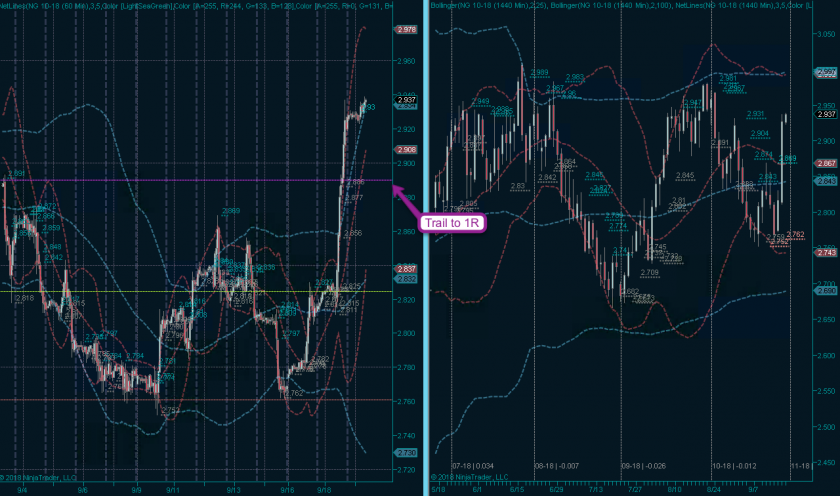 Natgas already at 1.6R MFE and my trail now is at 1R. We call her the widow maker but she’s always good for a fast and hard ride.