We could be anywhere at this point – but the chances for this being Minuette (ii) were drastically reduced when we made new lows at about 12:30pm EDT. So until this tape drops a bit more let’s look at a simple channel chart for short term break out/down potentials: 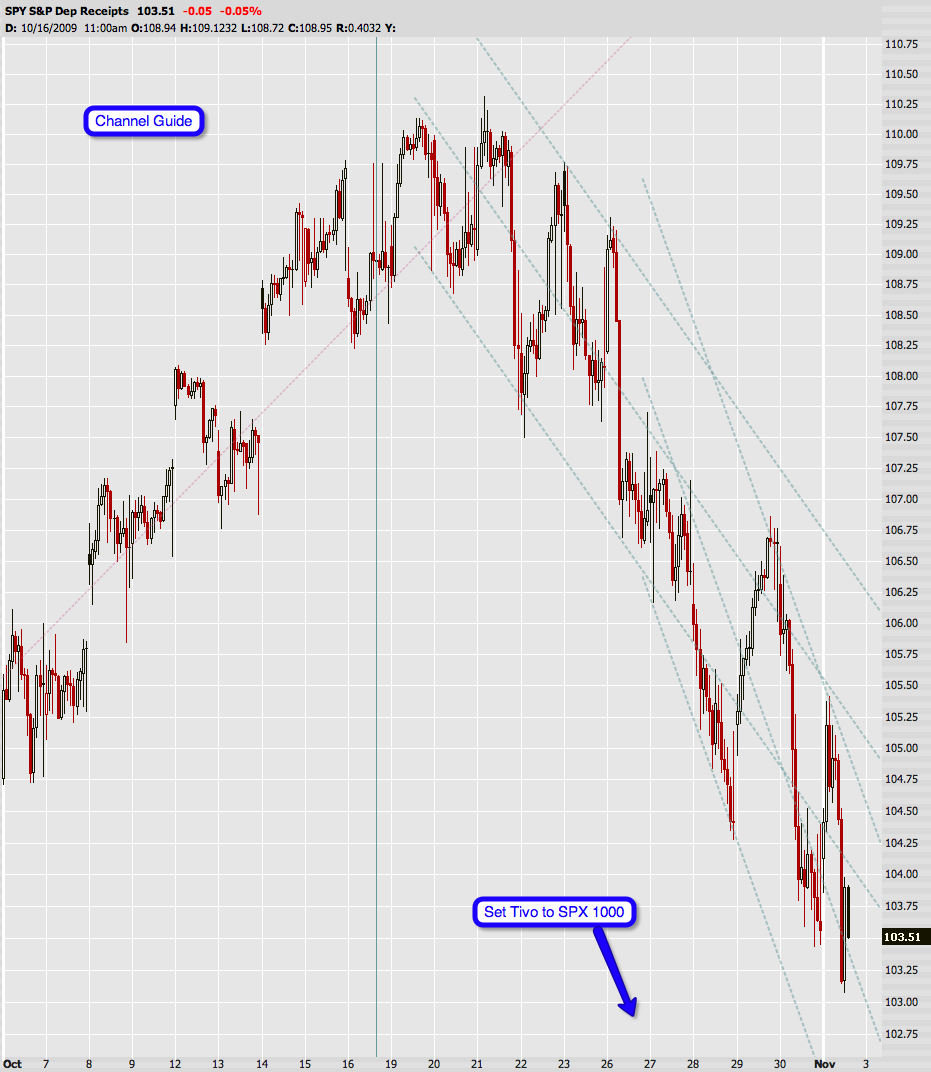 Seems like we’re taking a turn for the steeper – which supporting the current downtrend scenario. Actually I would have liked to see a little more of a pop but am not complaining if this still is a third wave which decided to continue lower. 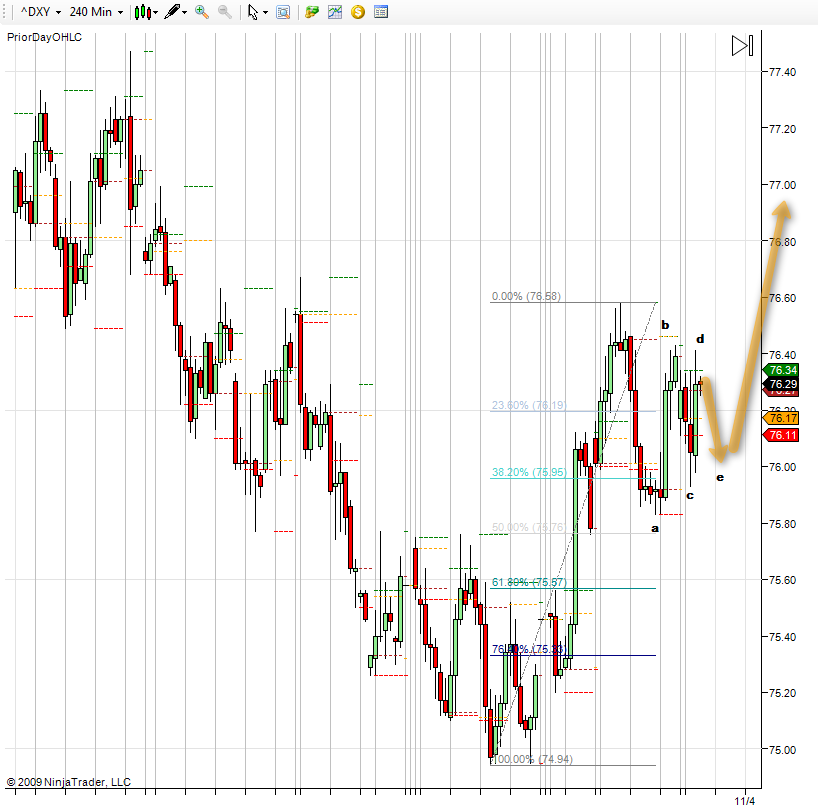 We would need another drop here and then a bust higher. It’s a possibility as triangles often occur as fourth waves. The only difference is that futures and currencies like to extend their 5th waves, so what follows could be a long push higher.

Hey, of course I might be completely off the mark on this one – thoughts appreciated. 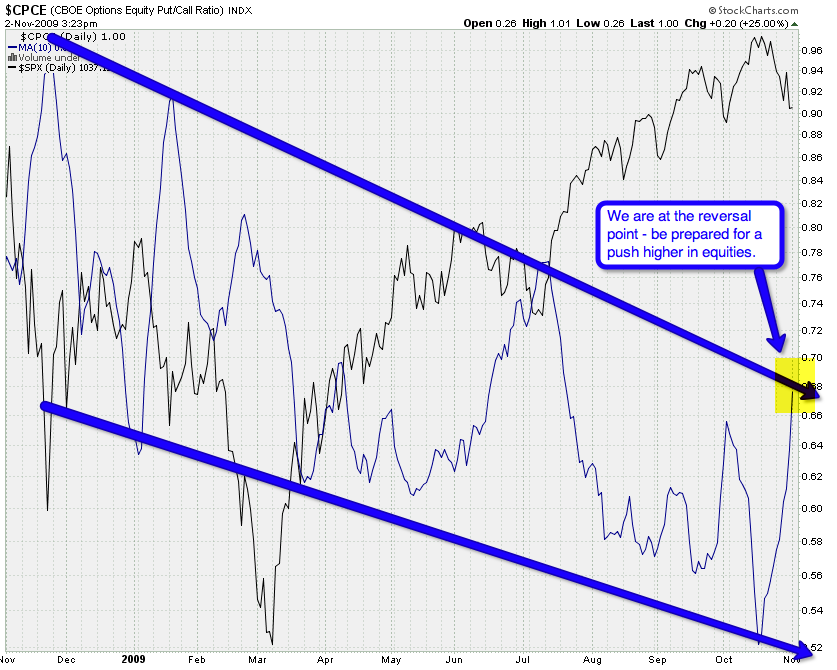 The signs for a looming reversal that is. Add to that some developing divergence in the Zero Lite, which I will show you rats later.