Good morning my intrepid stainless steel rats – yes, it’s short sweep Monday and all gloves are off. Let’s get right to the count – I’ll post my basic counts and then add a few charts in the next 30 minutes: 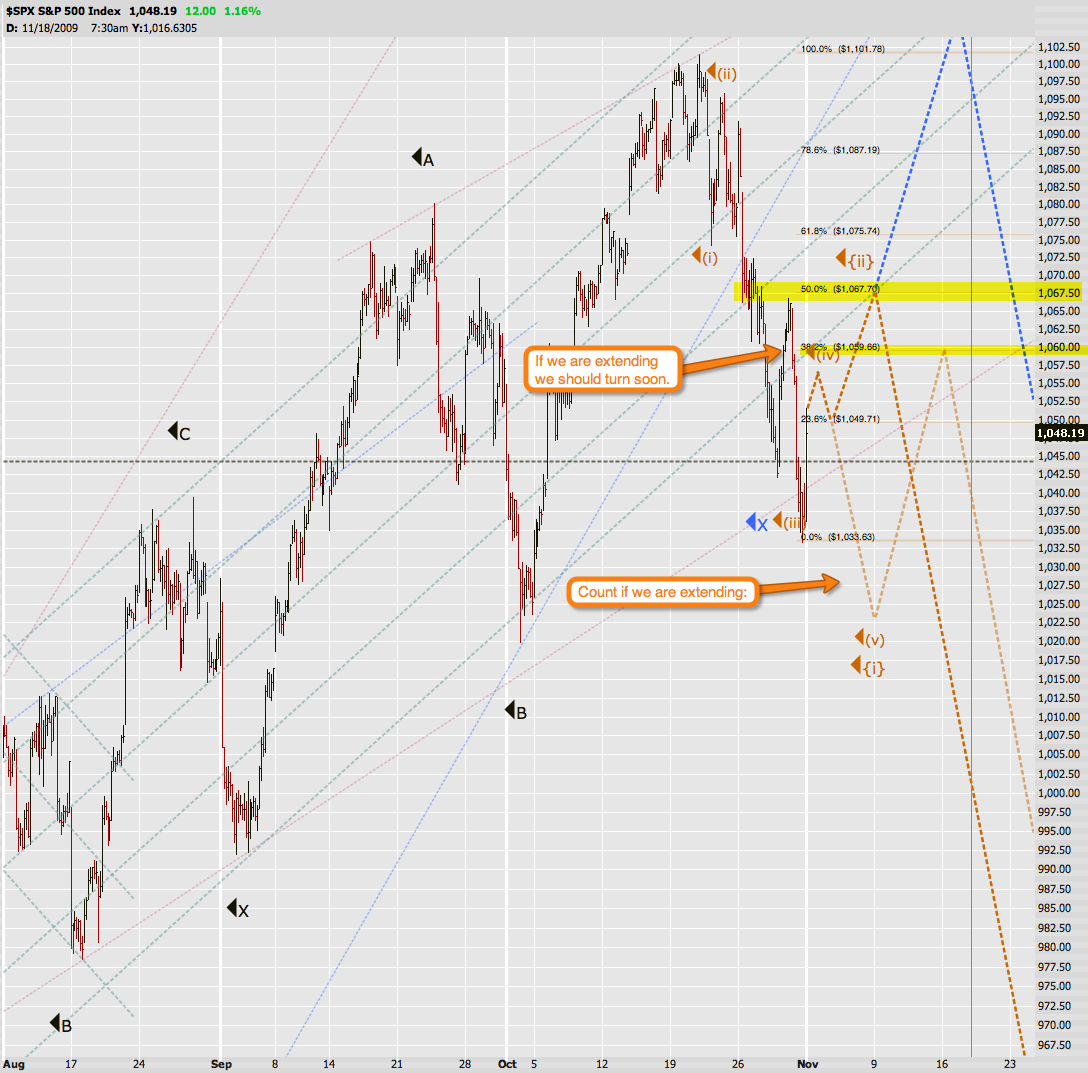 As predicted on Friday we were overdue for a little pop higher. To anyone show sent me angry comments, emails, and SMS – I love you guys but you are a bunch of morons! When I said ‘oversold’ I of course meant ‘short term oversold’ – which is being relieved as we speak.

But it’s still possible that we are extending a third wave downward, which would mean that we’d turn soon and then make new lows. But I’m afraid it won’t be that easy today – good chance we meander around here for the next few hours while the bears are rubbing their asses, and then pop into 1066 either by the bell or by tomorrow. And no – I did not hedge myself on Friday or this morning – these turns will come quickly and when you least expect it. It’s easy to get caught up in the mess of trying to hedge these moves – sometimes they work and sometimes you get burned. This time around I’ll just let things unfold while I stay stubbornly short. 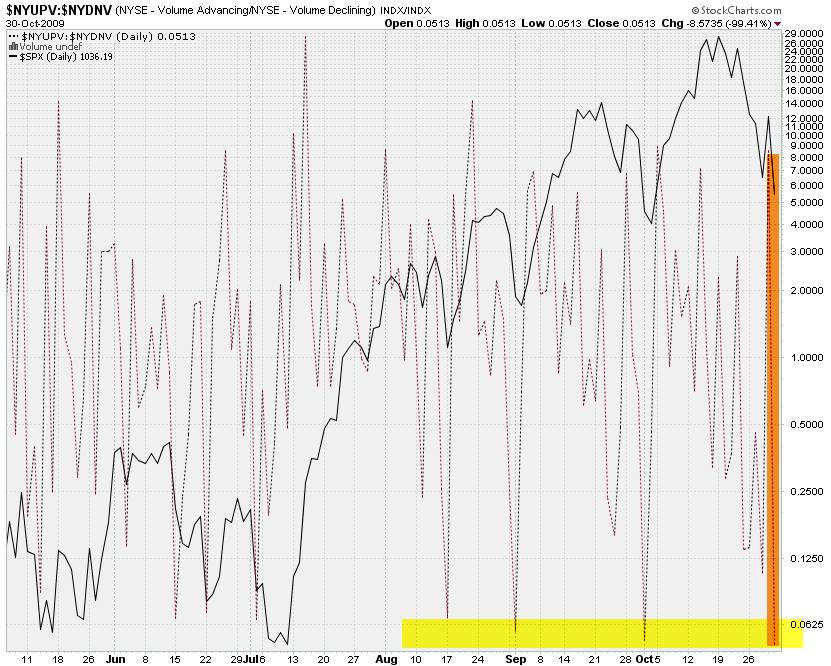 I’ve posted this chart in the past – it’s the NYSE Advancing/Declining Volume. That drop on Friday was a great indicator to expect a bounce up. Yes, yes – someone over at the evil lair is paying attention 😉 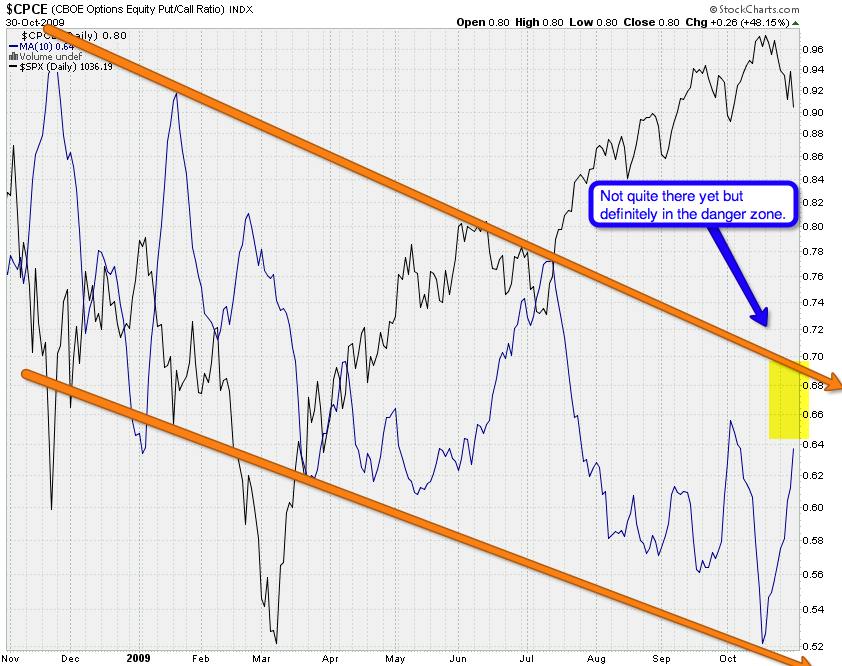 The 10-day MA of the CBOE put/call ratio did not reach the extreme I was waiting for but we were definitely in the danger zone here. 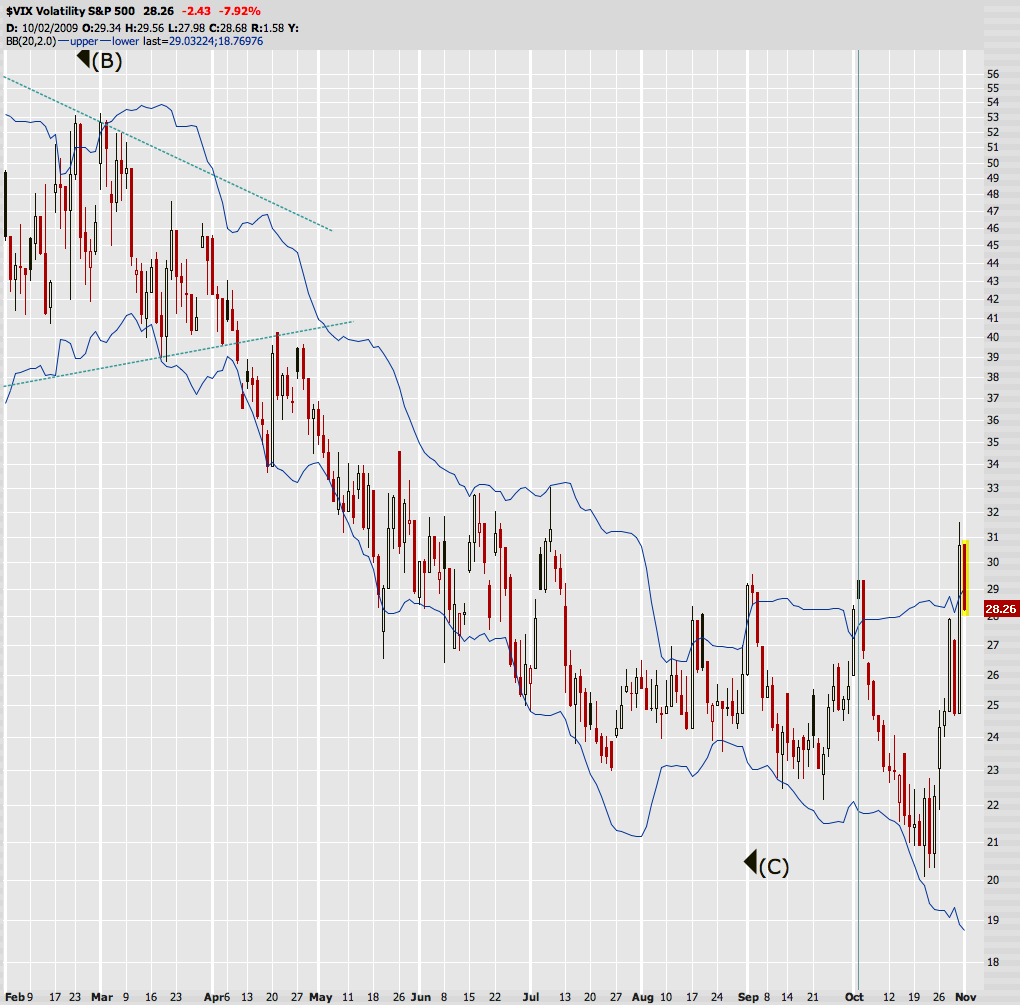 Mr. VIX was extended out of it’s 2.0 BB on Friday – another fact I had mentioned during the session. I expected a pop back inside as part of a developing equities buy signal. Be aware that – if we get it – it should be very short lived as the trend appears to be down. I’m looking at the Zero Lite right now and the signal is simply pitiful in comparison with that strong pop higher. This is nothing but a relief rally – and as strange as it sounds – it’s actually healthy and needed in order to continue the path down.

Some of you are complaining that Berk and I are not posting during the weekends anymore. Quite frankly, I personally have been busting my ass every single weekend in the past year, sometimes spending five hours plus on one post. But the comment count has been steadily diminishing, especially on Sundays. Berk posted 20+ charts for two weekends in a row and I didn’t see much in terms of constructive input – not surprised he didn’t bother this weekend – can’t blame the Berk-Meister. As I always said – blogging is a 2-way street for me (don’t care what anyone else says). If you are not posting it probably means you’re not working – and Sunday is an extremely important day for any professional or fledgling trader – the results you get trading are directly related to the amount of work you put in. And if you want to bank coin on Monday you better show up on Sunday and spend some time preparing.

10:52am EDT: In a direct correlation with equities the Dollar seems to either extend or is now in the c wave of a zigzag correction: 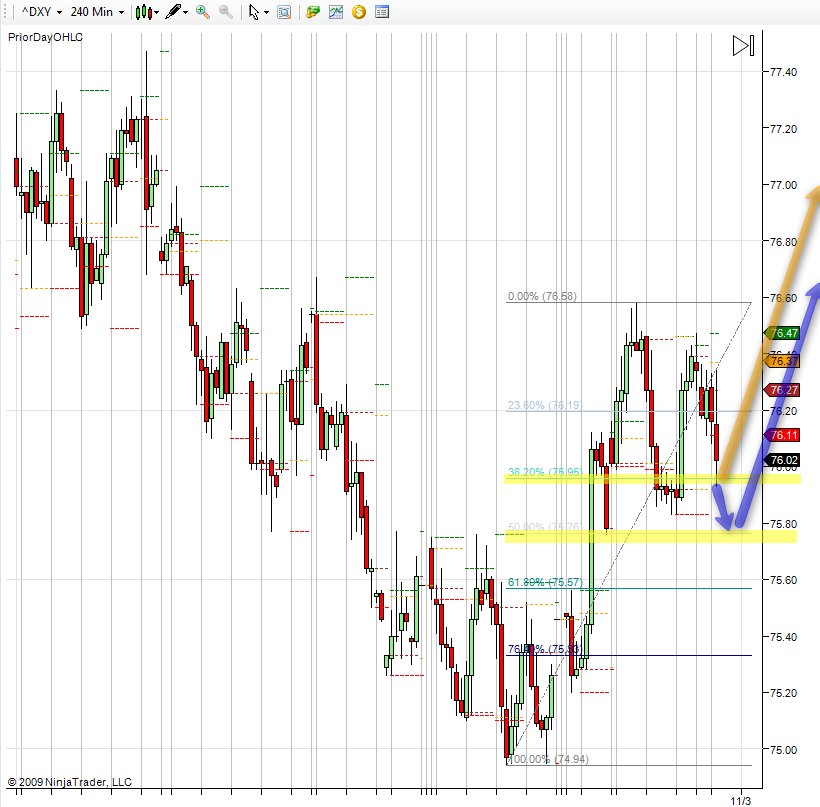 Thus we have two high probability paths – the extending third is depicted in orange and the a-b-c correction in blue. FYI – my fibs almost perfectly line up with 2sweeties’ DXY RLs: 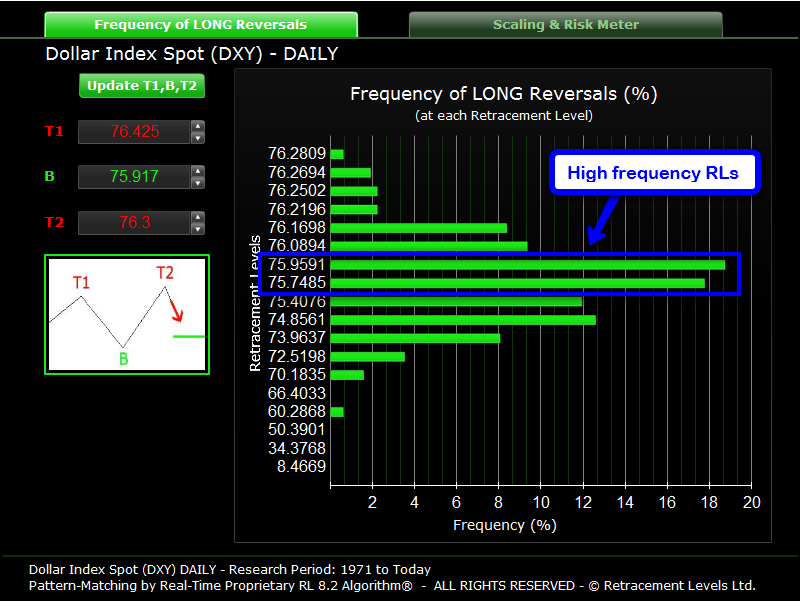 There you have it – the highest ‘frequency’ RLs are the two fibs I marked on my chart. This also supports the currently medium/long term trend in equities, which should continue down.