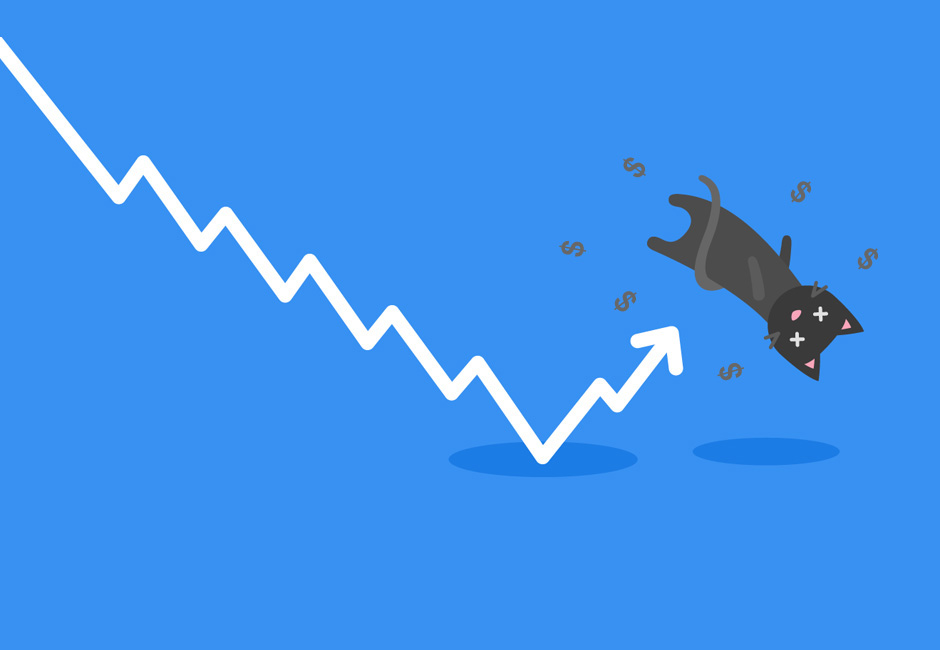 I wish it wasn’t so but every single campaign I am currently holding or considering as an entry is tied to the greenback, at least to some extent. This unfortunately is the state of affairs in the age of perpetual quantitive easing, which over the past decade has become the primary purveyor of perceived growth and the number one determinant of market direction. Cut off the easy money injections and down goes the market, simple. Everyone knows it and the longer this drags out the more violent the patient is expected to respond when finally forced to face cold turkey. 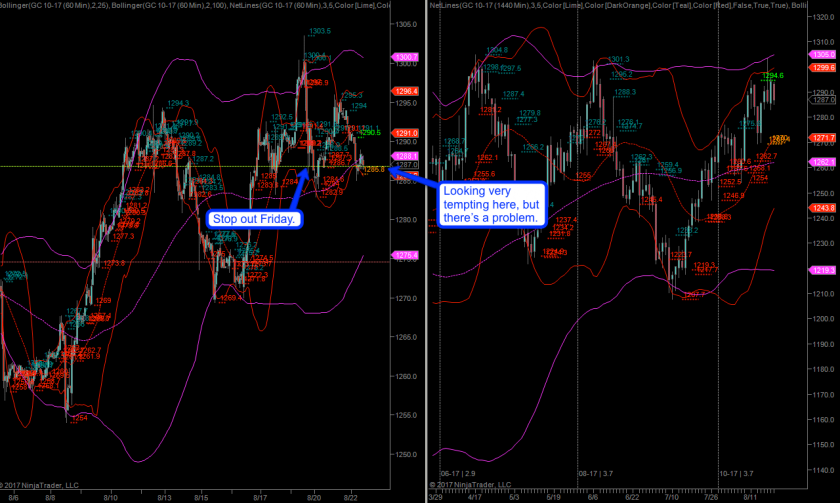 Now on the surface the current formation in gold looks like an awesome long entry opportunity as it has revisited our previous entry zone and seems to be painting higher lows and higher highs. 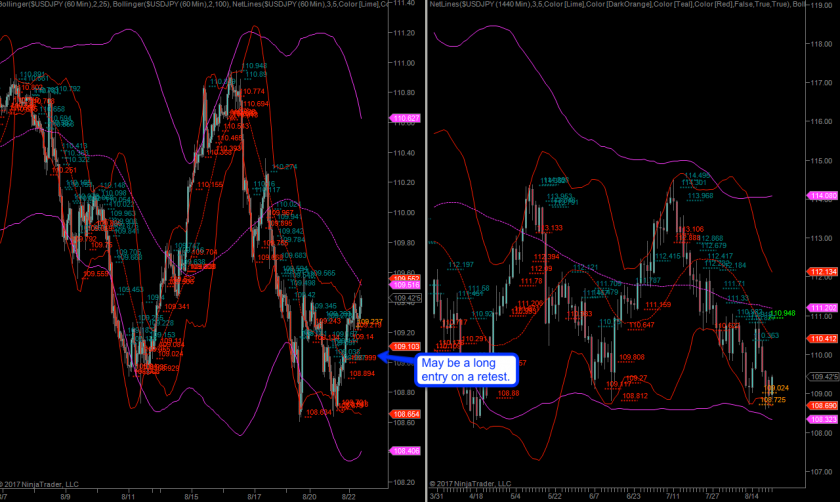 But when considering any campaign in gold the first thing I do is to check the USD/JPY with which it is most closely correlated. And that one looks like it may be in the process of producing a bounce. If it doesn’t then significant downside would most likely result as it’s sitting near medium term support. 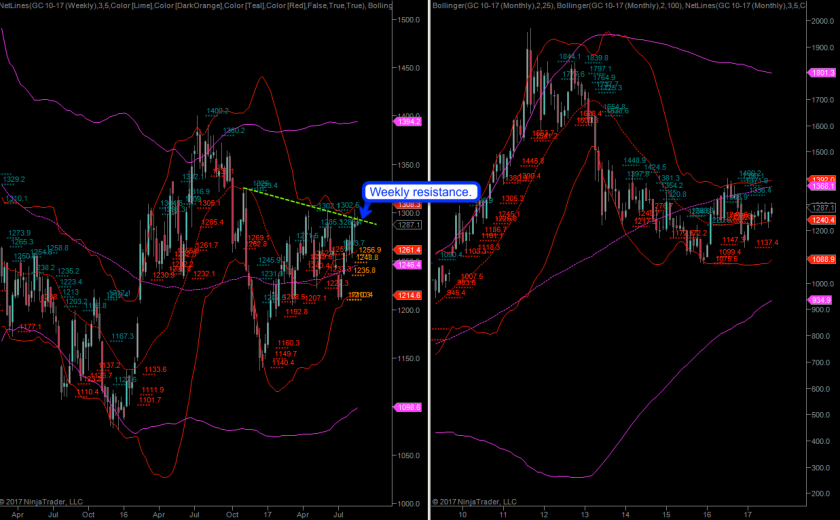 And a bounce in the USD/JPY usually means a drop in gold. Then there’s the long term perspective shown above. The diagonal on the weekly panel looks like solid overhead resistance which it thus far has failed to overcome. Of course it’s possible that this time will finally be different, but again this will most likely be dependent on what the Dollar does next.

It’s possible to be short gold here with a stop > 1303 but I have decided against it as it is impossible for me to guess which way the Dollar will go over the coming week. If it was trending up or down then things would be easier but at this time it’s a coin flip and I don’t enjoy gambling very much. 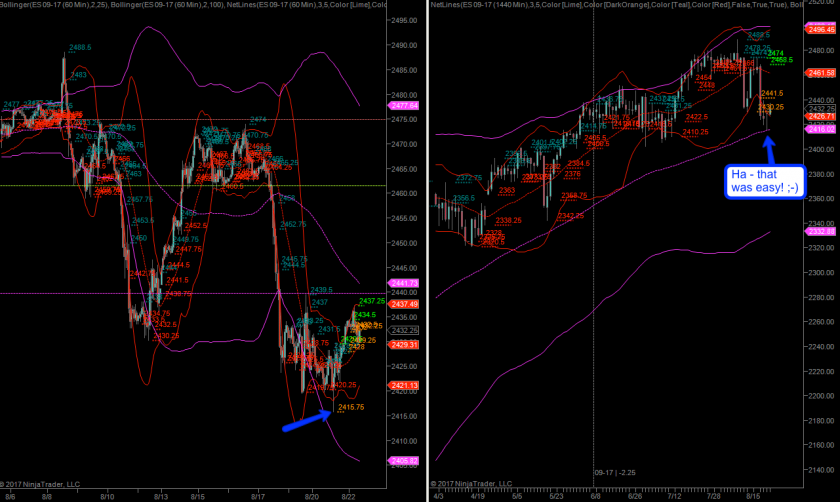 Our E-Mini short campaign is still in the running but it seems like we just may be in the process of establishing a floor after that clean touch of the 100-day SMA. Boy, wouldn’t that be easy! My trailing stop remains where it is of course as it appears to be very well placed. 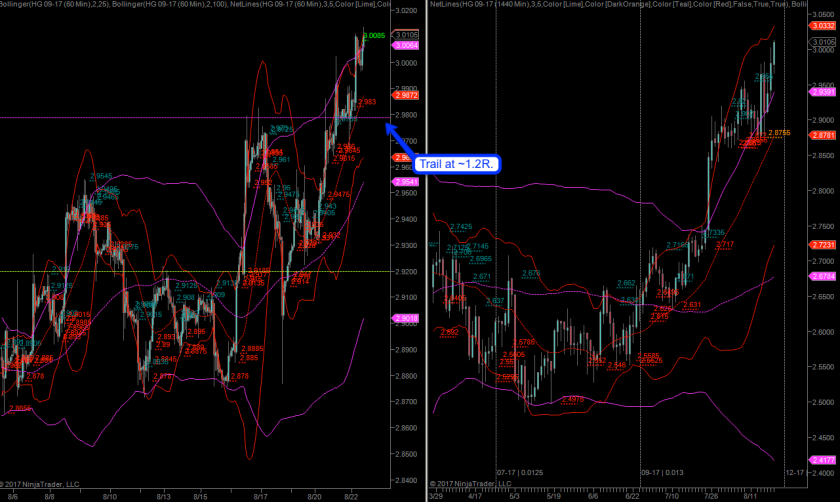 The copper campaign meanwhile has turned into a runner and it’s time to lock in some profits. My trail is now at about 1.2R and I’m trailing it at about 0.6R MFE. Copper is a difficult contract for fishing an entry but it’s brilliant once you’re on the bus and it’s racing higher. 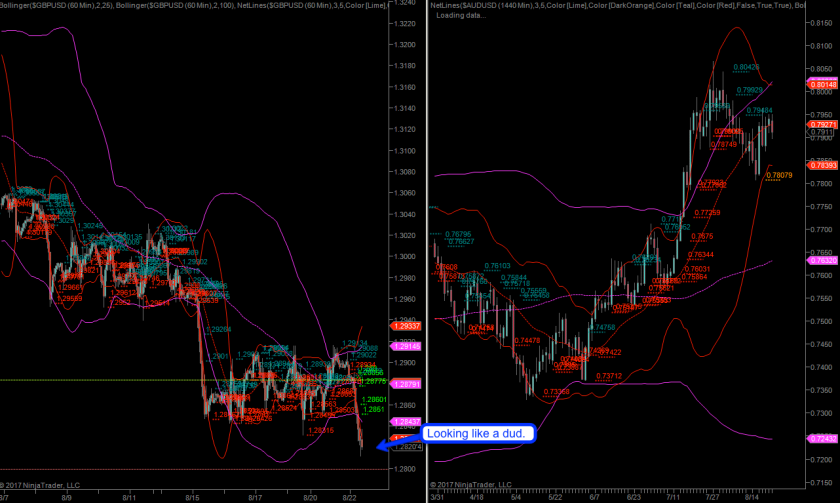 Less fun on the forex front. Cable looks like a dud, clearly due to the fact that the Dollar seems to be strengthening a little. Most likely we are looking at a stop out here sometime today. 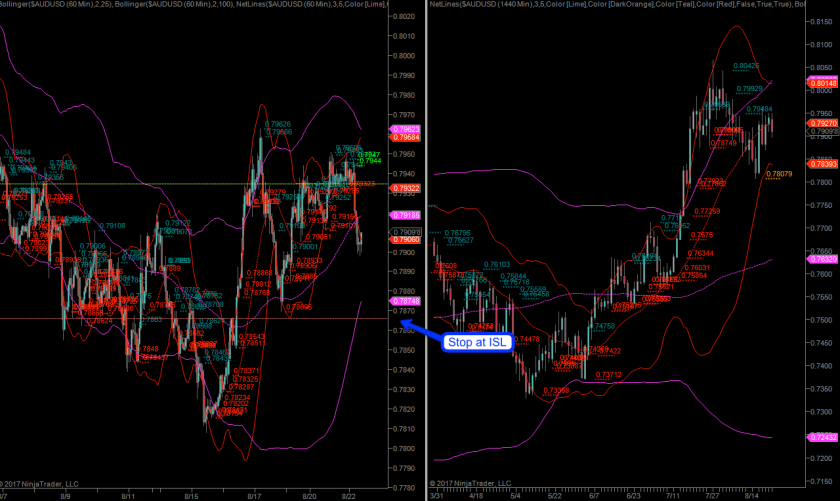 AUD/USD is a mixed bag right now. Could still play out but clearly it failed to take advantage of that big shake out to finally turn on its after burners. 50/50 on this one. 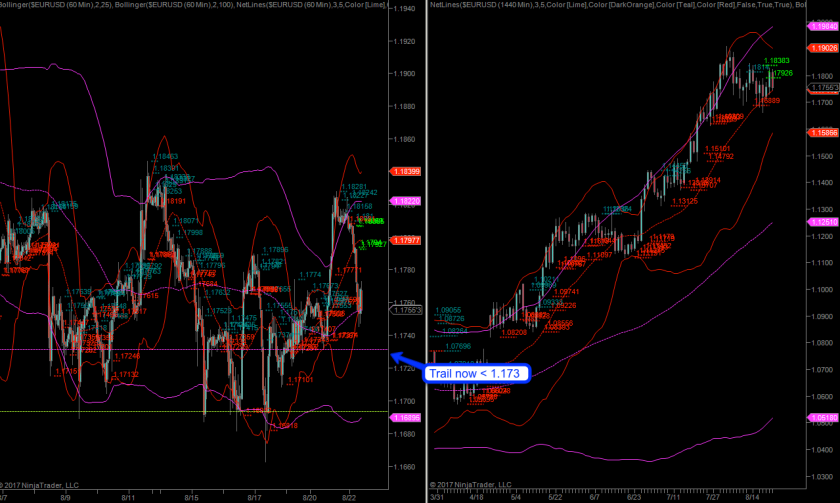 EUR/USD looking iffy but fortunately here I’ve already locked in a tiny bit of profits after advancing my stop to the next spike low. Very hard to make an educated assessment of the odds here, just look at that hourly panel which has turned into a sideways mess.

I hope that we’ll at least get rewarded with a solid bounce and advance in the Dollar, however after that first dead cat bounce it’s started pushing sideways considering its options. Come on Yellen, say something hawkish! You can always revise later