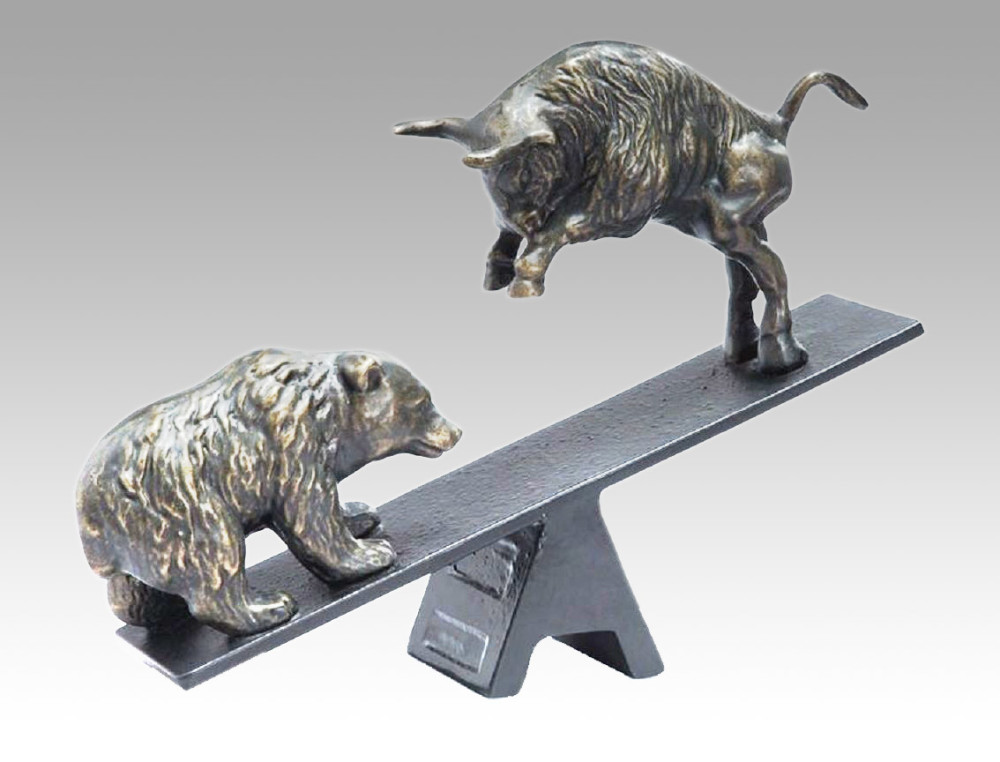 I actually meant to focus on the tape at hand today and get back into the swing of things on the trading front. However since my main Internet connection just went bust two hours ago I decided to use my connective idle time as an opportunity to talk about an issue many of you may have been battling with at some point or the other: Whether or not to scale into positions. Does it work? Should you do it? The quick answer (and you knew this was coming): well, it depends.

The practice of scaling into a position is universally applicable, no matter whether you are mean reversion trader, a contrarian swing trader, a trend trader, or anything in between. When it comes down to it we always prefer to buy as low (cheaply) as possible and to sell as high (expensive) as possible. Lacking access to a magic crystal ball we resort to various technical measures in order to flag moments in time when price appears to either have bottomed out or reached an exhaustion peak. For the purposes of the discussion going forward let’s focus solely on buying opportunities henceforth.

Any self respecting mean reversion trader will most likely employ some type of momentum measure (e.g. standard deviation, rate of change, moving averages, etc.) in order to decide when the price of an asset or portfolio has deviated a sufficient amount from its mean, thus increasing the potential to profit from an eventual reversal in the opposite direction. The further price diverts from its mean the higher the odds that the increase in realized volatility (RV) is capable of fueling an equally violent counter reaction. So depending on your capital commitment guidelines it may actually make sense to increase your R size up to a certain threshold.

But volatility is a cruel mistress and it’s equally possible that it will feed continuation in the very same direction. As a rule of thumb, the more violent and sudden the increase in volatility the less predictable are usually the odds of a reversal. Which is why it’s very much possible that our chosen entry point will turn out to be less than optimal and that price will drop much lower until it eventually paints a reversal, hopefully of course reaching our exit point.

If you happen to trade large position sizes scaling in is almost a must or in many times is implicitly enforced by limited liquidity. But many traders intentionally scale into positions hoping that it will offer them a better entry point on an average basis in comparison with ‘going all in’. Incidentally the same applies to scaling out techniques but once again we’ll be focusing only entries here in order to avoid confusion.

Now to illustrate the point let’s assume we have a system that enters long as soon as price touches the lower boundary of a Bollinger band, we will call that threshold L1. There is however the probability p that price continues lower by 5 or more ticks/pips before rebounding to our target area F – we will call that threshold L2. This produces three possibilities for us which are illustrated in the figure above:

Now let’s briefly talk about probability p and for simplicity sake we are going to assume that p = 1 if price is guaranteed to always reach our lower threshold at L2. Inversely if there is a snowball’s chance in hell that it’ll get there (i.e.  you’ve selected a threshold several standard deviations away then p will be approaching 0. Reality is usually somewhere in between and thus we consider a floating point and not a binary.

We now ask ourselves: Assuming that we trade only 2 contracts, that L1 is always been touched, and that we exit our entire position at F (no averaging out), what are the expected profits for each of our three entry alternatives?

Clearly if p = 0, meaning there is zero chance that L2 will be touched, then method I is the most profitable. Inversely if p = 1, meaning that L2 will always be touched no matter what, then method II will be the most profitable. Since reality is almost always settles somewhere in between on average you would then think that method III should always be chosen.

So what does that all mean? Should we scale into positions now or shouldn’t we? As usual it completely depends on your strategy and the type of tape you are trading. In real life systems running on highly volatile symbols (natgas cough cough) on a short term basis may over time greatly benefit from a scaled-in entry method. And in many times scaling often produces a better system quality number (SQN) although it may wind up lowering basic expectancy. In my personal opinion the more realized volatility you are dealing with the higher the probability that scaling your entries (and perhaps even your exits) will lead to higher profits on average and at minimum to a more stable system with lower standard deviation.

I won’t be posting on Monday as I will be in surgery for a few hours before the market opens. No worries, it’s dental related and odds have it that I will live to tell the story. This post was supposed to go up Sunday as a replacement but since I had to make due during today’s Internet outage I hope that you’ll be able to forgive me for being absent one session. Enjoy your respective weekends – I’ll see you all on Tuesday morning and most likely on Monday afternoon in the comment section assuming the anesthesia has worn off.

Credits go to Ernest P. Chan whose brilliant work on the subject matter inspired this post.