I know it’s summer and there are probably ten thousand more interesting things to do watch than this tape melting up like an ice-cream cone in Central Park. My personal favorites would be hot babes in bikinis at the beach, reruns of Star Trek – The New Generation reruns, any 3D movie in the theaters right now, or even paint drying on your deck – as long as you are in ample supply of German Hefeweizen even that can be fun.

All of the above provides a lot more thrill than watching the dreaded ‘summer tape’ – especially during the ‘summer of pain’, a wave scenario also known as the Soylent Sisters here at the Evil Lair. Of course if you have masochistic tendencies then I have a chart for you but let’s get you in the mood first:

There ya go – now let’s look at the Tuesday road map. 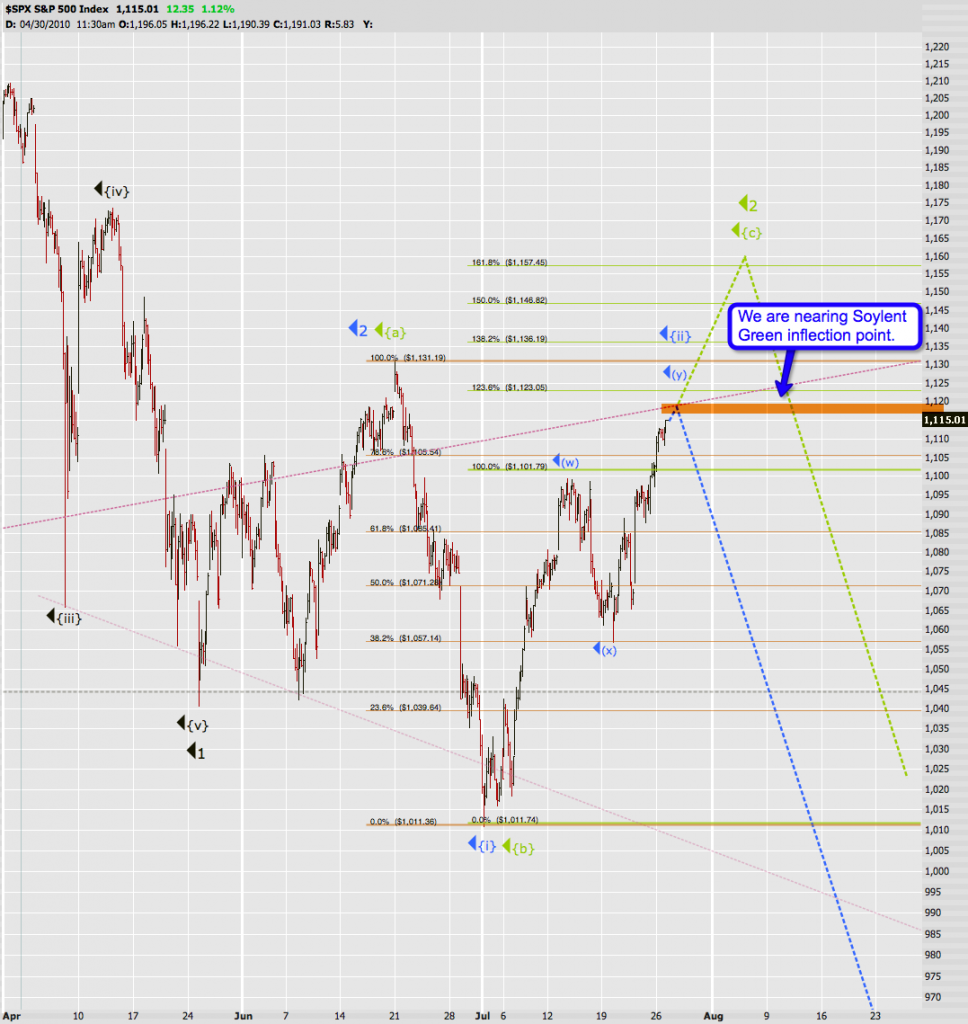 Quite frankly – it’s painful to look at even if you’re not sitting on short positions. But hey – I prepared you for something like this over a month ago – so no big surprises here at Evil Speculator. Unless of course you chose to ignore Mole’s bullish paranoia 😉

So we are very close to the Soylent Green inflection point which we reached quicker than I cared for. I expect some kind of retracement at 1120 but don’t let that fool you – even if we push back to 1100 it’s quite possible that we reverse and push further up and breach for good.

I’m looking at the daily Zero right now and although many pundits expect this ramp up to stop right here and now I just don’t buy it. What I’m seeing on that chart is solidly bullish and unless I see a kiss of the zero mark on the daily Zero I will not load up on short positions. Besides – most of my long term momo charts suggest that we have plenty of space to run left – and this tape has not felt bearish for a minute in the past week. Yes, NYSE volume was miserable again today and there are bearish divergences on the MACD and other traditional momo charts. But heck – if the past year has taught me anything it’s that all these things mean jack if a narrow group of heavy market participants are running the tape via their PlayStation 2 joysticks.

I think 1120 may be a good spot for a quick one/two day trade to the short side but don’t go crazy and set a stop not too far away. That diagonal line, once breached, will serve as a trampoline for a strong push higher.

Now how about Soylent Blue, Mole? After all, it’s on the chart? 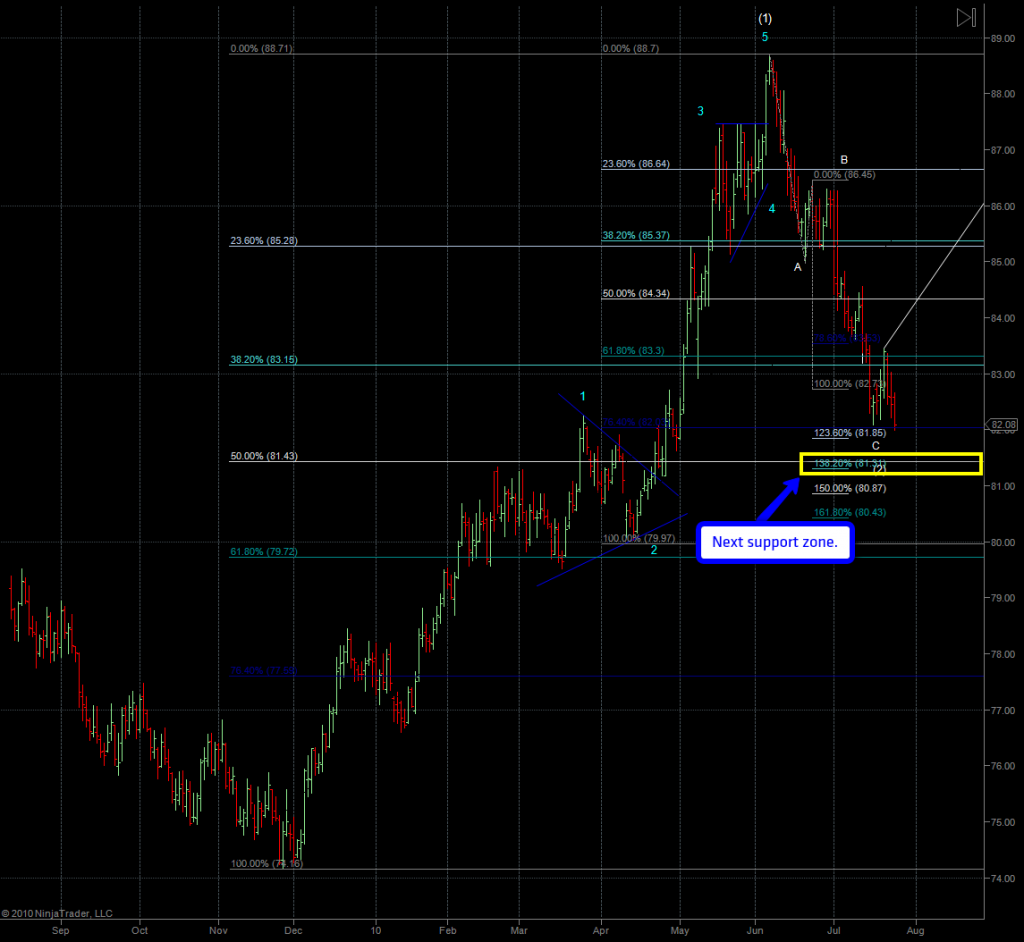 The Dollar also decided to be naughty and painted new lows today. If you remember my last DXY update – I expected a turn around the 82.20 mark – which we got – but then the damn thing started dropping again. So, the next support zone is now around 81.30, which is the 1.328 multiple of wave A. It’s also right at the 50% retracement mark at 81.43. If we don’t get a strong bounce there – boy – things might turn ugly for ole’ bucky. But we are not there yet – and odds are still we’ll see a bottoming pattern near that cluster.

If you were long equities – congrats – take profits now and wait for a little drop in a day or two. At that point I’ll let you guys know how things look like on the momo front. If we don’t see signs of consolidation and real topping then it may we worthwhile to grab a few more long positions. The next two days will be key in signaling where this thing will go. But remember – those time cycles I keep mentioning have us push higher into early August – so don’t be rushing into short positions now.

That’s all for tonight. Stay strong and be frosty. Even this shall pass 😉