Alright, Evil Rat Academy is officially in session again – and there could be no better time as the tape has been flatlining all day. So, let’s make this a productive day before we head into the weekend. 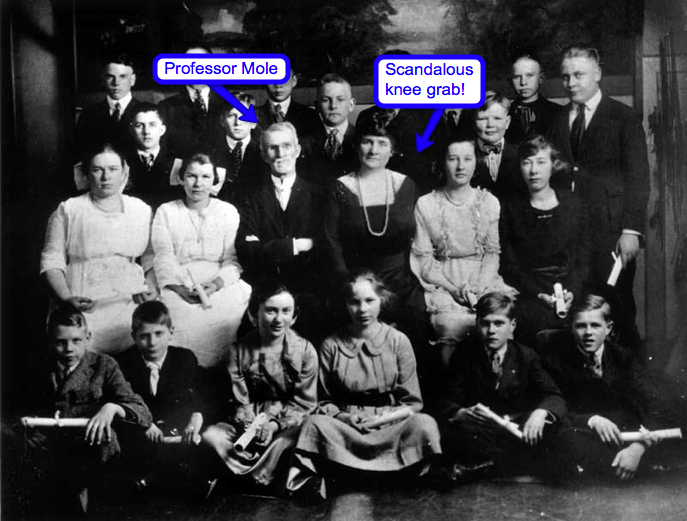 It’s time for the 3rd part in our ongoing EWI sponsored series on option strategies. The following post is excerpted from the Elliott Wave International (EWI) eBook, “How to Use the Elliott Wave Principle to Improve Your Options Trading Strategies — Vertical Spreads.” EWI has agreed to make the full eBook available for free to all Evil Speculator readers until the conclusion of this series. So go ahead and download it here if you want to study ahead – however I would appreciate it if we kept all discussions limited to the current chapter.

Last week we reviewed a real life example of a bear put spread on the Euro futures which showed us the appropriate entry and exit points in the wave cycle. We also used the Fibonacci guidelines of expansion to determine our stop as well as our expected exit (which is near the short leg of our debit spread). If you missed the chapter then I strongly recommend you go back and study it before continuing here. You can also pull up all prior installments of the the entire series via this link.

This week we push into the 2nd chapter of the eBook: 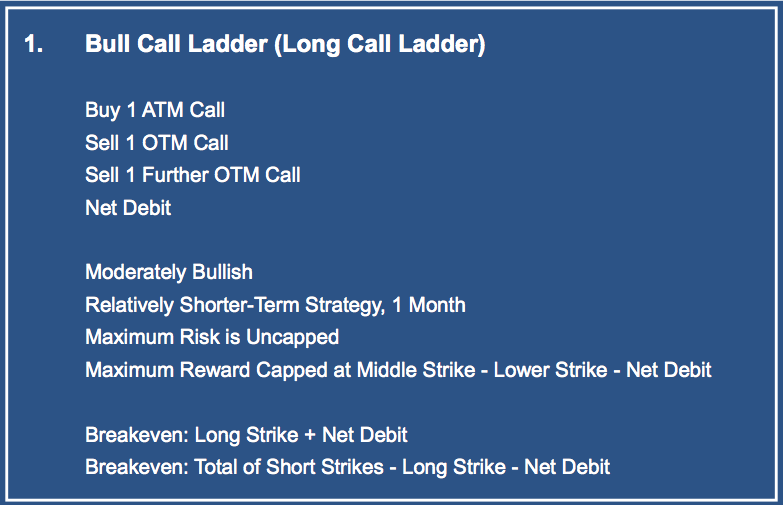 The next strategy is the “bull call ladder,” sometimes referred to as the long call ladder. (And of course its counterpart, the “bear put ladder.”) Figure 15 lists the major aspects of this strategy: We buy an at-the-money call (or an in-the-money call), sell an out-of-the-money call, and sell a further out-of-the-money call. This is a moderately bullish, short-term (about one month) approach that produces a net debit. Maximum risk is uncapped. We have an uncovered option with the further OTM short call. The maximum reward that we can make is the difference between the middle strike and the lower strike, less the net debit. And, we have two breakevens: The long strike plus the net debit, and then, the total of the short strikes minus the long strike minus the net debit. Initially, as prices rise, we’ll break even just by moving up to cover the net debit. Of course, our maximum profit will be at the first OTM short call strike, and we come up to our next breakeven after the second OTM short call strike, after which point we begin to lose money.

I want to say a few things about uncapped risk, because there are two pairs of strategies in this course that have uncapped risk: the bull call ladder and bear put ladder, and the ratio call spread and ratio put spread. This is not academic. This is real and true. In options, the notion of a “stop loss” is not as safe as it is with futures.  If you want to exit a position at a certain level, either where the price of the underlying asset is trading or at a certain premium, you can put an order into a broker. However, there’s no guarantee that you’re going to get out on a dime. As a matter of fact, if it’s a fast-moving market, you may not even get a quote in options. And so, I’m not going to use the term “stop-loss order” with options because it’s misleading. It implies that you can achieve some type of immediate liquidation at a specific price point, but you really can’t. 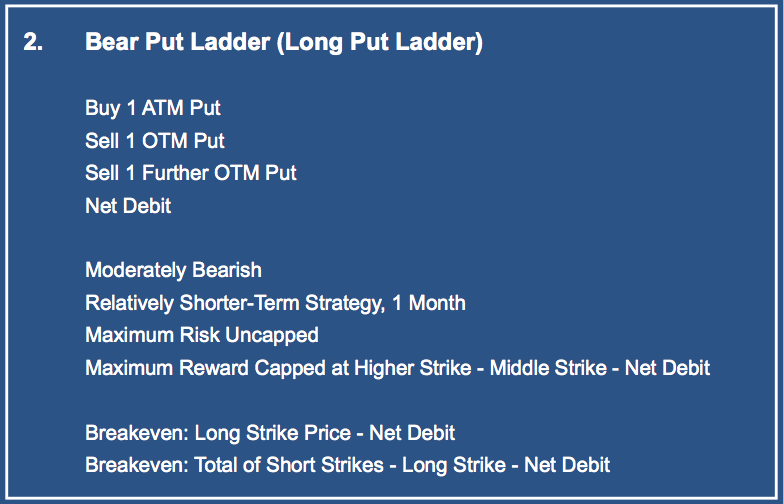 On paper, this strategy is akin to an extension of the bull call spread. We’re getting a little bit more income on the second short call, and we’re creating a second higher breakeven for ourselves. We’re also keeping the strategy short-term, because with uncapped risk we don’t want to allow for too much time. And, of course, with the bear put ladder, we have the same type of structure except that we’re betting on prices to decline (see Figure 16).

So, what are the optimal Elliott wave characteristics for a bull call ladder and a bear put ladder? Well, again, we’re talking about a countertrend move. We have limited profit potential, and, of course, we have uncapped risk. Wave position is exactly the same as the previous pair of structures: Waves 2, 4, B, D, and X, and we’re looking for a zigzag. We want to get this over quickly and get out. We want a sharp move. We want to enter in the middle stages of those wave positions, either Wave C of 2 or Wave Y of 2, for example, because we don’t have much time to work with. And of course, the pièce de résistance — a provocative wave prior at next lower degree: i.e. an ending diagonal, truncated fifth or fifth-wave extension that will lead to a swift and sharp reversal. The final point can’t be overstated: “Always rely on Elliott wave rules and guidelines.” In particular, wave 2 always retraces less than 100% of wave 1; wave 4 can never end in the price territory of wave 1; and wave B of a zigzag can never go beyond the start of wave A.

Once more, I’m not necessarily recommending that you all go out and use this strategy. It’s a strategy that some people employ. But if you’re going to go there, you might as well know how to improve it by using Elliott wave analysis.

Mole here again: Alright, I am going to stop right here to make sure all this sinks in thoroughly. It’s essential you guys completely grasp the basics before we press on. Digest this for a while and next Friday it’ll be time to see an example of how to use ladders on an actual price chart.