Last week I promised you a little shake out in equities and after a bit of hemming and hawing the tape finally delivered: 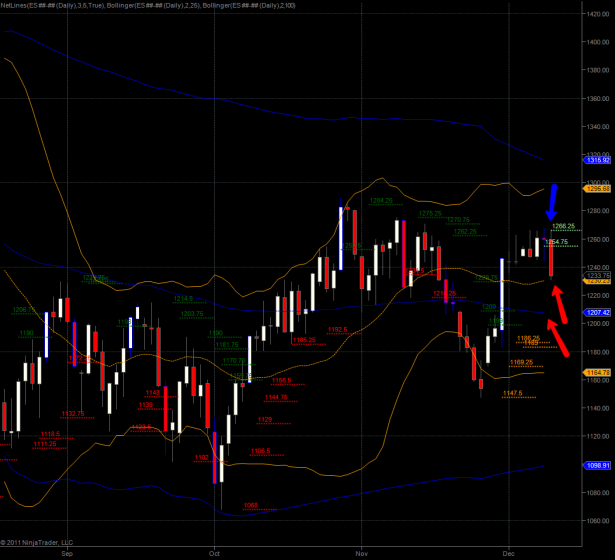 What I find particularly beautiful is how our second NLBL was touched but not breached – that’s the way we like it and it was a great opportunity to get positioned. As we are now approaching the 25-day SMA I think we may see some support forming near the 1230 mark. If that doesn’t hold then expect a slide toward 1200 to round things up.

The real action however is happening over on the Forex side and I have a few pertinent setups for my intrepid subs:
[amprotect=nonmember] More charts and cynical commentary below for anyone donning a secret decoder ring. If you are interested in becoming a Gold member then don’t waste time and sign up here. And if you are a Zero or Geronimo subscriber it includes access to all Gold posts, so you actually get double the bang for your buck.
[/amprotect] [amprotect=1,13,9,12,5] 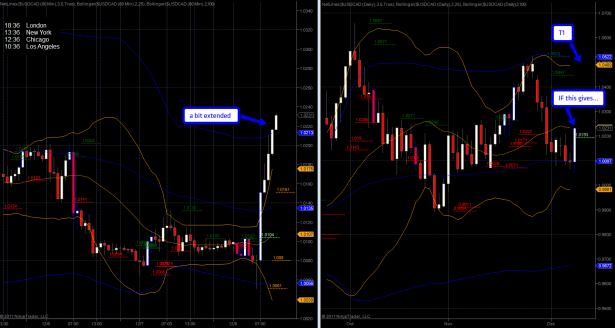 Let’s kick things off with the USD/CAD – since I grabbed this one it’s been pulling back to the upper hourly Bollinger line – not surprising as it was getting a bit extended there. More importantly I see some resistance looming at the 25-day SMA on the right panel. If 1.023 gives then I think we’re pushing toward 1.05 – and if we drop below 1.02 I expect a retest of 1.01. Either way – great place to get positioned as things hang in the balance here. 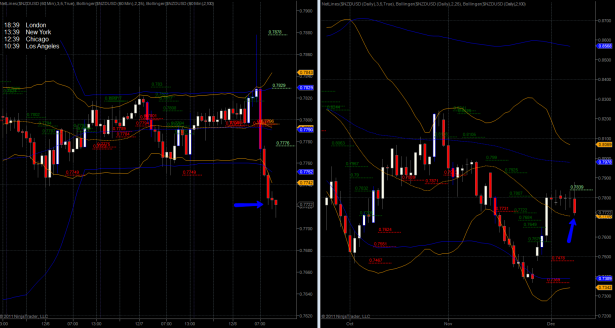 Next – NZD/USD – which launched the fake out from hell earlier this morning but failed to close above its daily NLBL sitting at 0.7839. It looks a bit like the spoos in that this one candle down brought us near support in the form of the 25-day SMA. I reckon this is a good spot for a long position until your stop below that 25-day SMA gets touched, in which case you turn this thing around as there’s nothing but air below and my first target would be 0.75. So it’s one of those trades where your technicals tell you to be long but you secretly are hoping for a failure. 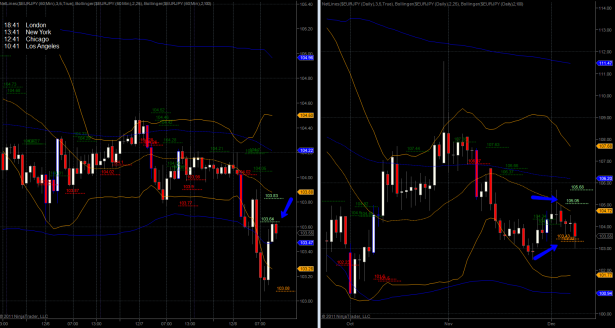 Last but not least – EUR/JPY, which found daily support at 103.4 as we count two daily NLSLs in that region. I really like that push outside both hourly BBs and the current test of the hourly 103.64 NLBL. A combination of hourly buy net-lines with support in the form of daily sell net-lines is usually a pretty reliable setup – assuming we push above 103.64 on the hourly side. Of course – if we fail both daily NLSLs then you know what to do as in that case the 102 cluster beckons.