Equities have come a quite long way from just a week ago. I told you guys the bears would drop the ball and I delivered in spates. So we are now finding ourselves yet again near the outskirts of the great Gobi desert: 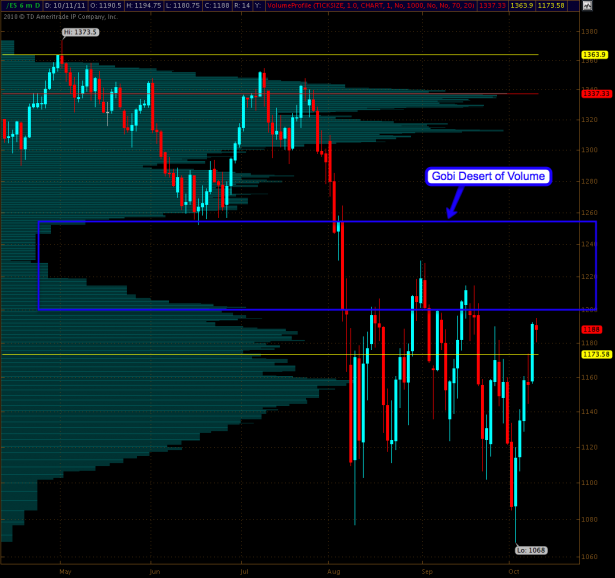 And there you have it. Crossing this barren plateau devoid of liquidity has proven to be a treacherous and painful endeavor – one the longs have yet to accomplish. But accomplish they must as beyond it lie the wonders and rewards of the EOY earnings season with a Santa Rally scheduled as the year’s big finale. 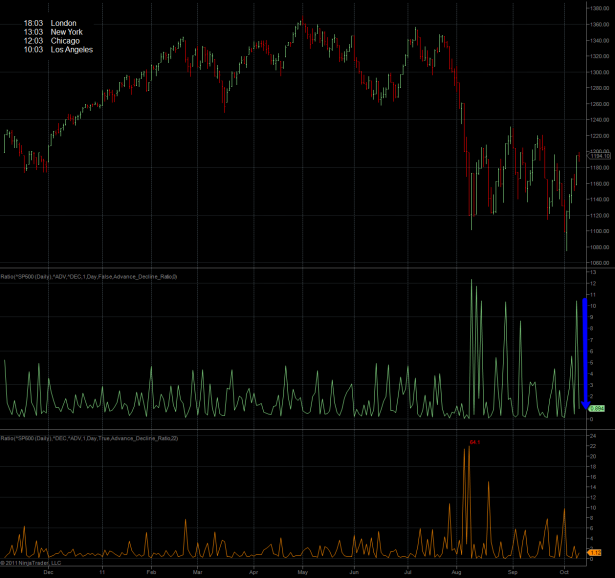 My breadth analyzer senses quite low oxygen levels up here – as you can see the A/D panel dropped from a whopping 10:1 ratio to currently a reading barely at par. We may push higher EOD – fine – but don’t think for a second that there’s much confidence about the path ahead. Which means profits may be taken quickly, resulting in a bit of a shake out correction.

Of course the real game is being played over on the currency side – so please step into my office, Ross Perot is waiting with some juicy charts:
[amprotect=nonmember] Charts and commentary below for anyone donning a secret decoder ring. If you are interested in becoming a Gold member then don’t waste time and sign up here. And if you are a Zero or Geronimo subscriber it includes access to all Gold posts, so you actually get double the bang for your buck.
[/amprotect] [amprotect=1,13,9,12,5] 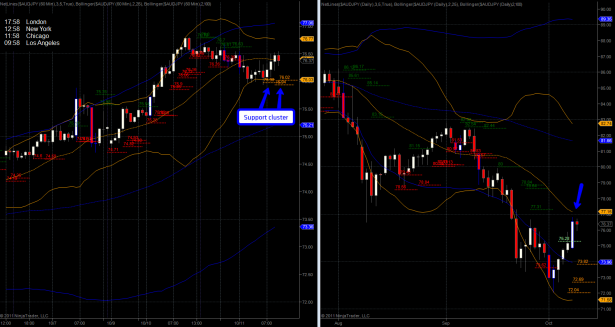 AUD/JPY – not the most important chart today but I include it as the best correlation with equities. The 77 mark on the daily shows a descending 25-day SMA which will serve as resistance. The easy ride up is over and it’s now time to overcome and conquer U.S. Marines style. Semper fidelis! 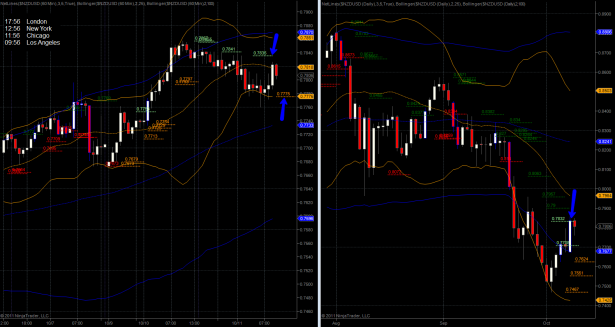 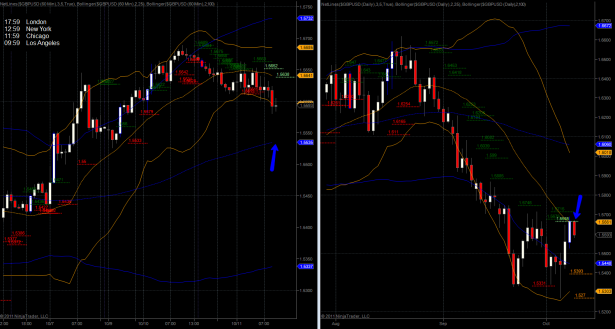 GBP/USD – a.k.a. ‘cable’ – picture perfect rejection at the 1.5665 NLBL – booyaka! There’s also the 25-day SMA right at the same spot. That’ll be a tough one to overcome and although it’s too late for a short trade you can play this inflection point in either direction once it pushes up again. 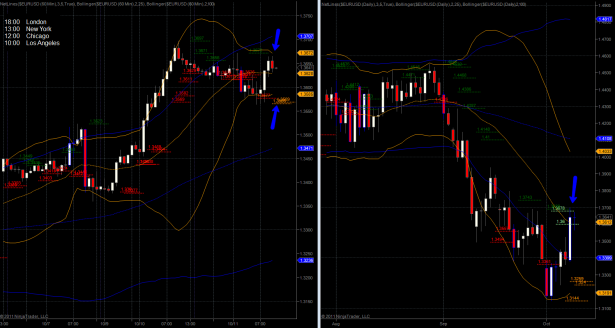 EUR/USD – rejection at the 1.3678 NLBL – also near the 25-day SMA – are you starting to see a theme here? Again, watch that cluster of sell net-lines on the hourly when placing your stops. Inversely of course a breach of that cluster will confirm a stroll toward the downside. 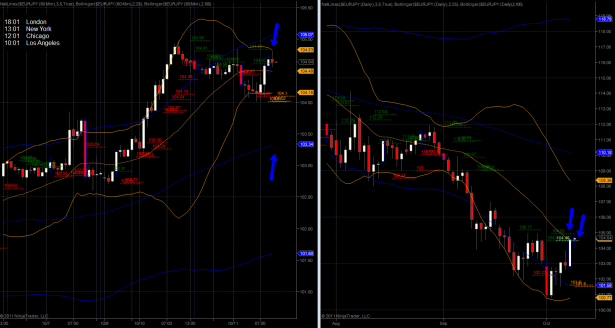 So the theme here is rather clear – on the currency side we are running into walls all over the place and what happens now will determine the tape of the coming weeks. 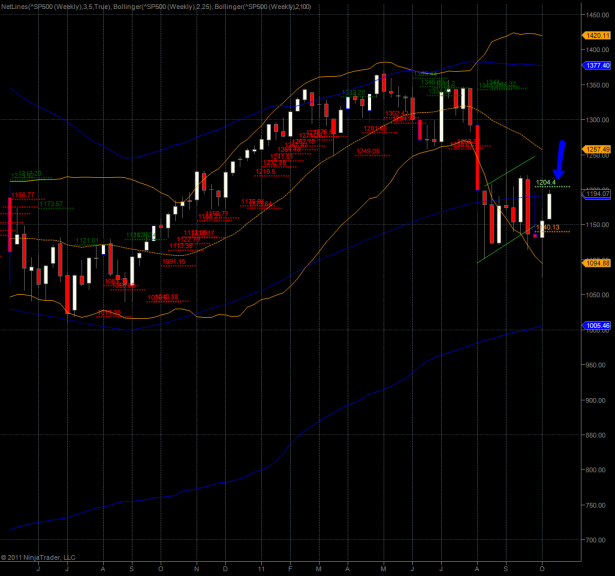 Which brings me back to equities – when you look at the daily price chart or a Bollinger stack the current stall looks a bit arbitrary. Once you consider the gaping Gobi desert volume hole and the prior failures to advance it’s starting to make a bit more sense. On the weekly SPX chart however there is another clue in the form of an NLBL sitting at 1204.4. Consider this one the gate into that sixty handle stretch of nothingness the longs will have to overcome. If finally breached it will eventually serve as support but most likely we are now scheduled for a bit of shake out.

That shake out however should not last too long as week 43 beckons and the longs would be well served to produce as much vertical motion as possible before we head into that last wobbly week of 2011. IF things become unglued right here and we drop hard yet again the entire bullish itinerary for the remainder of the year could be in danger. So I am watching this ‘boring tape’ with keen interest – whilst keeping close tabs on what’s happening over on the FX side. If you are getting positioned here I strongly suggest you watch the currencies – that’s where the battles and finally the war for Q4 domination will be won.