We are floating in the midst of the summer doldrums and I don’t really see anything salient I haven’t covered over the recent past. The greenback continues to get hammered and as our collective purchasing power is sinking steadily it implicitly lifts the relative value of Dollar denominated assets since holding cash exposes you to the receiving end of Yellen’s fiat currency death stick. 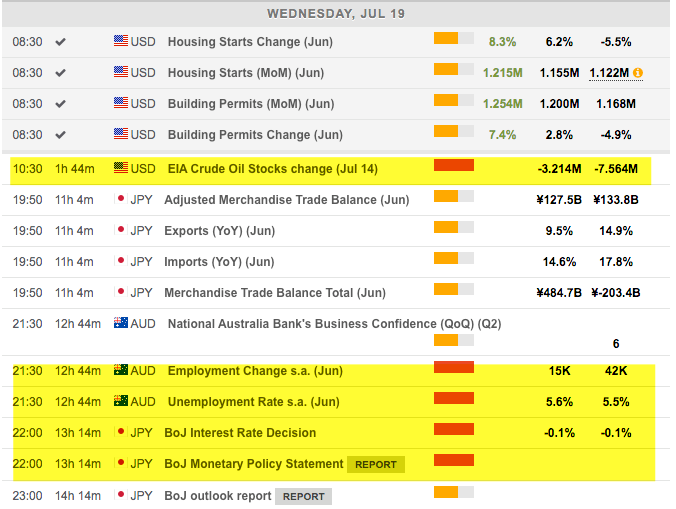 We are facing a bit of event risk today as well as tomorrow which could produce some violent swings especially in combination with low mid-summer market volume. Around 10:30am this morning we’ll be getting the weekly EIA Crude Oil stockpiles report which will affect the Dollar as crude markets (still) primarily trade via the old greenback. 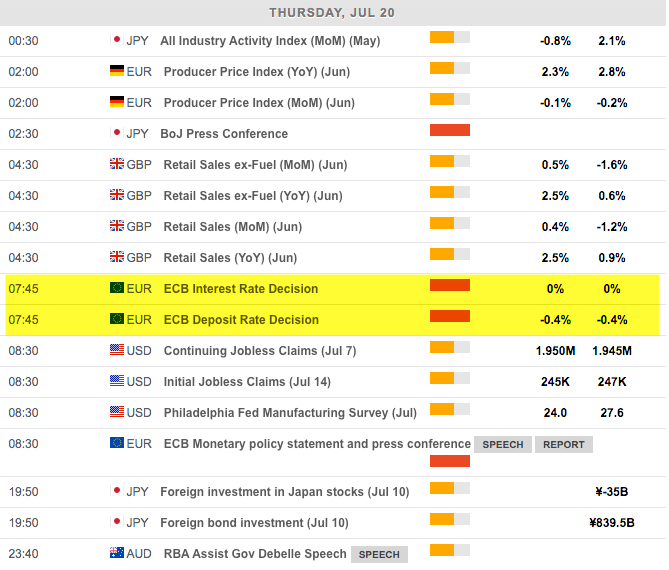 Tomorrow of course is the big one, the ECB’s interest decision which is a subject I covered in last Monday’s post. Actually I wasn’t aware that there will be an interest rate announcement this month as the ECB meeting was not supposed to issue any ESPs. Either way I’d suggest caution early tomorrow morning as I’m sure the EUR will be on the move, one way or the other. 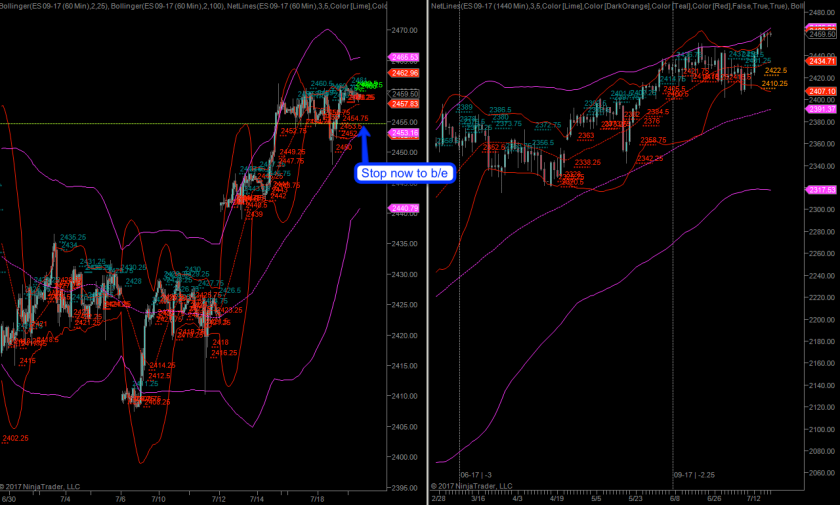 I got my spike low on the ES yesterday and entered as planned as soon as a spike low was in place. ISL of course was placed a few ticks below the SL but it’s already time now to advance it to break/even as we’re near the 1R mark. I’m being a bit more cautious with this one for obvious reasons, which is that intra-day volatility remains elevated across the board but especially across equities. 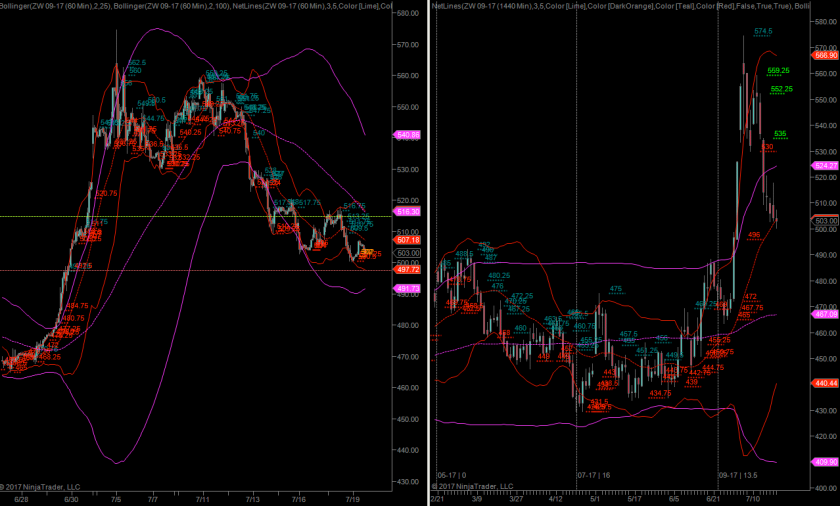 Wheat is still in the game but has produced a new spike low slightly above our ISL. Not looking too hot here and we unfortunately may see another leg down. 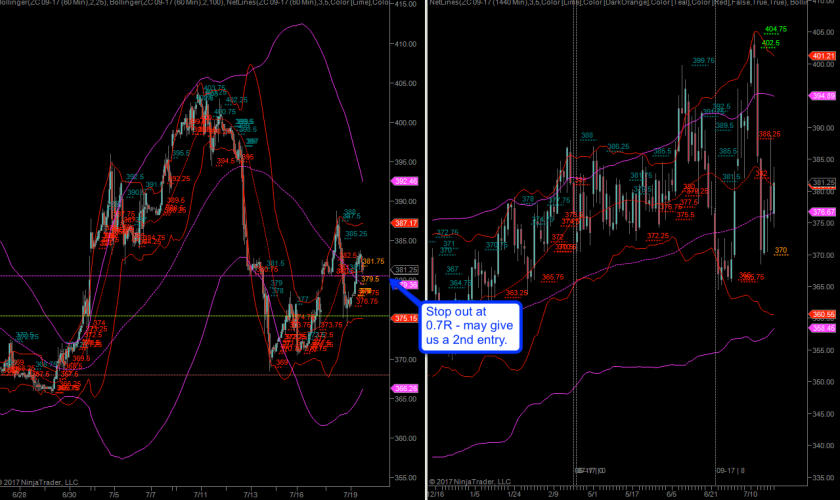 Corn continues to flail in all directions and managed to scrape my trail at +0.7R. I’m pretty sure it’ll run straight up from here (Murphy’s Law) but if it behaves and forms a more defined floor pattern then I may be willing to jump back in. Truth be told – had I not been long here previously I would probably take the current formation, but I don’t want to push my luck given the ECB announcement tomorrow. With Draghi you just never know… 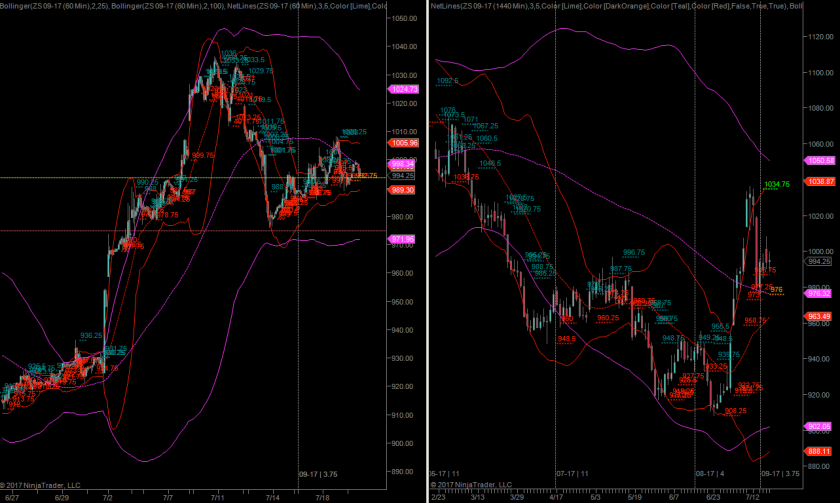 Soybeans looking the same and there’s really nothing to be done until it either gets stopped out or finally takes off. It’s easy to get drawn into mucking with your setups and what’s even worse is if you actually get away with it, which in turn leads you to negative future behavior. Alea iacta est and let’s stick to the rules. 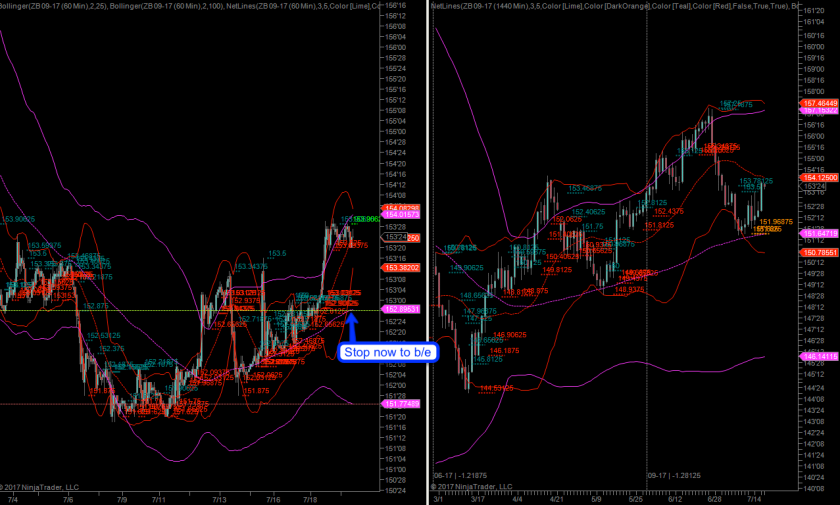 Bonds are looking good and my stop on the ZB is now advancing to break/even. If it pushes higher and forms a spike low or exceeds 1R then I’ll be sure to advance my trail. 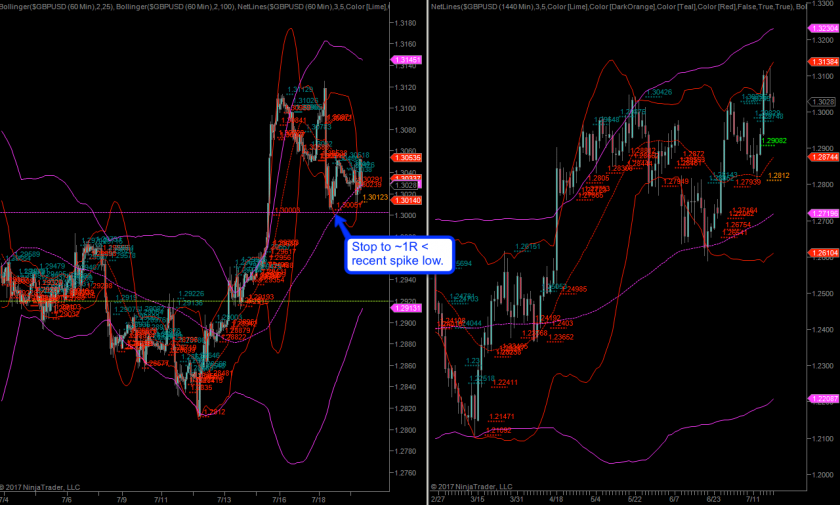 Cable is somewhat retracing after a quick surprise spike higher (intermittent volatility everywhere as you can see) and I decided to advance my trail to about +1R just below a recent spike low.

I’ve got some coding/studying duties to attend to over the coming hours but will be around and comment on the price action should we get any. I really have enjoyed the productive discourse in the comment section recently which makes me especially proud as we’re heading toward nine glorious years for Evil Speculator. Our next anniversary is only two weeks away and as every year I’m open to bribes, presents, memberships, gift baskets, and of course obsequious undeserved compliments

Let’s hope we make it to a full decade and then beyond!