I keep regurgitating the fact that having an opinion as a trader means abso-diddly nothing. Case in point are a series of previously juicy looking futures campaigns which quickly met their maker either last night or earlier this morning. Gone are my sugar long, the coffee short, copper short, and the silver short. All of them seemed ready to put the pedal to the metal but wound up being led to the woodshed in the end. Fortunately I had the good sense of advancing my stops to the break/even mark when I saw a consolidated reversal across the board. I’m not much of a correlation trader but I can take a damn hint 😉 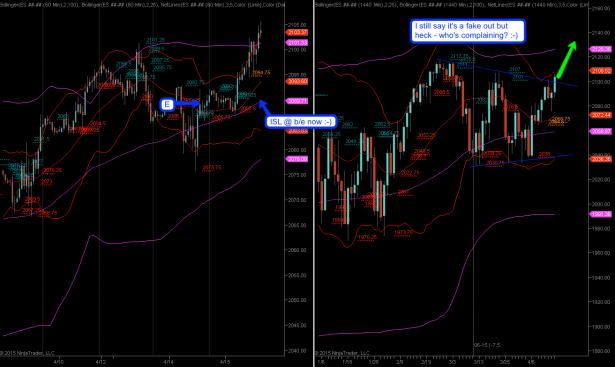 But strangely the campaigns I was most skeptical about are now progressing nicely – at least thus far. Last night’s long entry on the spoos was rather experimental and I’m still not convinced that this thing resolves higher. But on the off chance that it does then we may get the squeeze of all squeezes and I’m well positioned to ride it all the way. My stop has now been advanced to the break/even mark – officially joining the strong hands club. 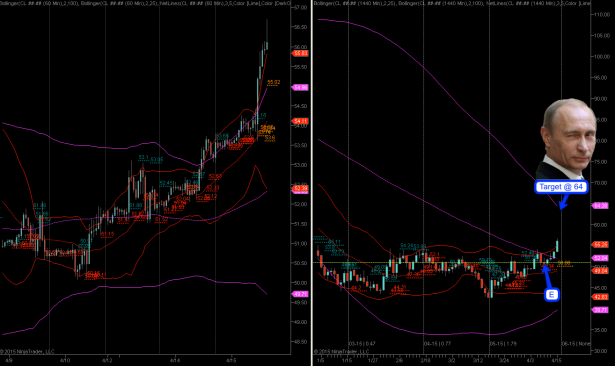 Speaking of which: Crude is finally off to the races and there’s someone smiling over in the Kremlin tonight – and of course down here in Valencia as well. The lowly Mole tried three times to catch a seat on this particular bus and it seems my efforts are in the process of finally being rewarded. It’s not impossible to expect a retest of the 100-day SMA but the odds thus far support continuation – perhaps after a obligatory shake out candle or two. My target is 64 – yes, that’s right, I have nefarious plans for this one. Crude world domination is only days away ;-0

Well, that’s all I have to offer tonight – I’m running a bit late over here and I have nothing new on the setup front. Of course I’ll be back tomorrow morning, bright eyed and bushy tailed as always. Remember – one day at a time – consistency above all is key.