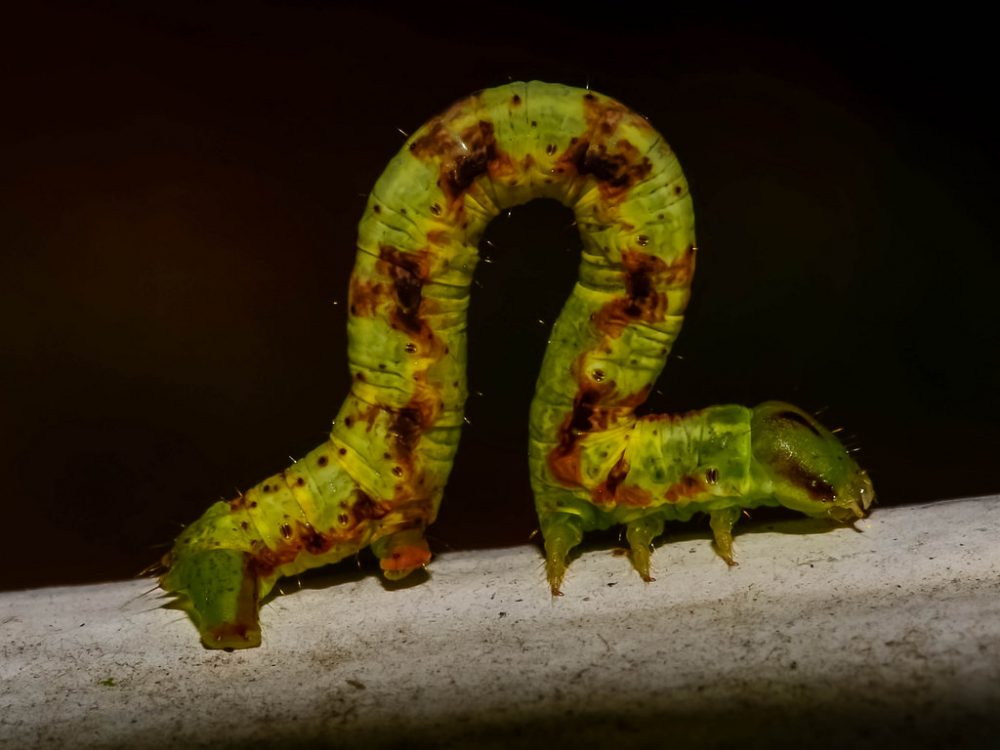 Equity index futures managed to hold the line without much drama over the long weekend, and all things being equal this would be a good omen for the remainder of this week. Unfortunately the bulls are now facing a bit of headwind for week #8 statistically speaking. 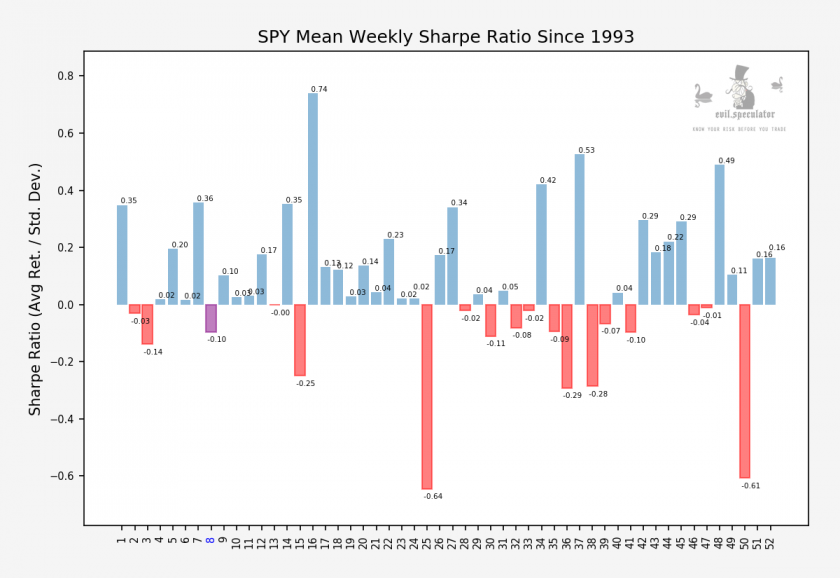 With a Sharpe ratio of -0.10 week #8 is the 8th least bearish of the year. Coincidence? I think yes! Now in comparison with June, August, or mid December that’s not a big deal. BUT the issue isn’t the historical average, it’s the distribution. 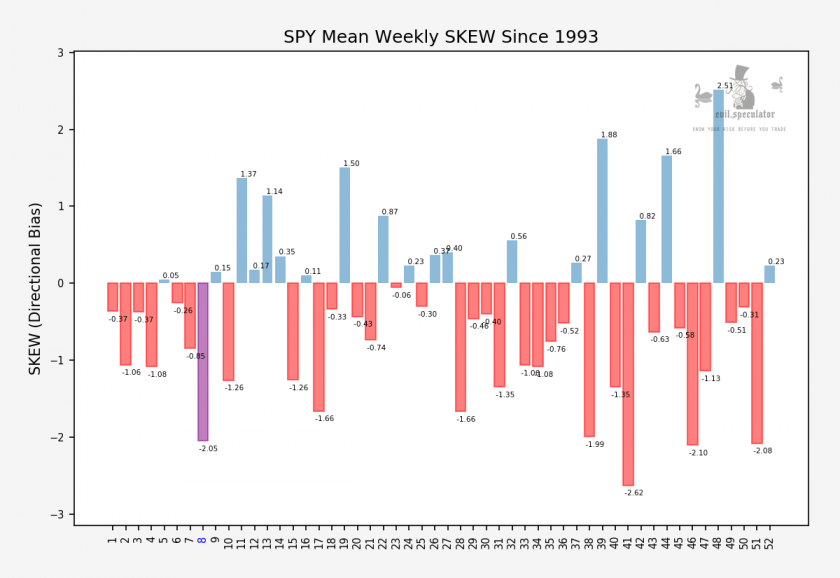 Because SKEW is actually strongly negative. In case you aren’t aware (or conveniently forgot) a negative SKEW favors the BULLISH side. Let me explain: 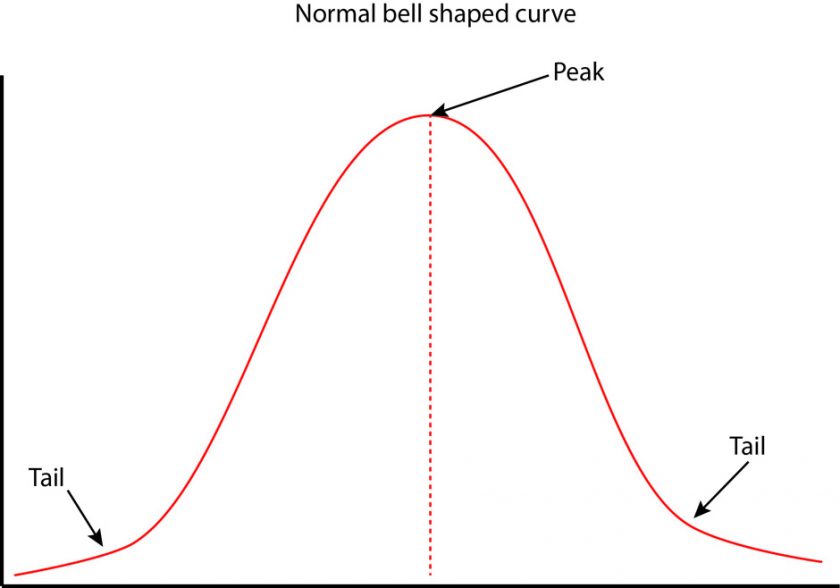 A bell shaped curve on a graph is symmetrical and has no skew. The peak of the graph is in the centre and the tails either side of the peak are a mirror image of each other. The mean, median and mode are all in the same position on the graph (right through the centre of the peak). 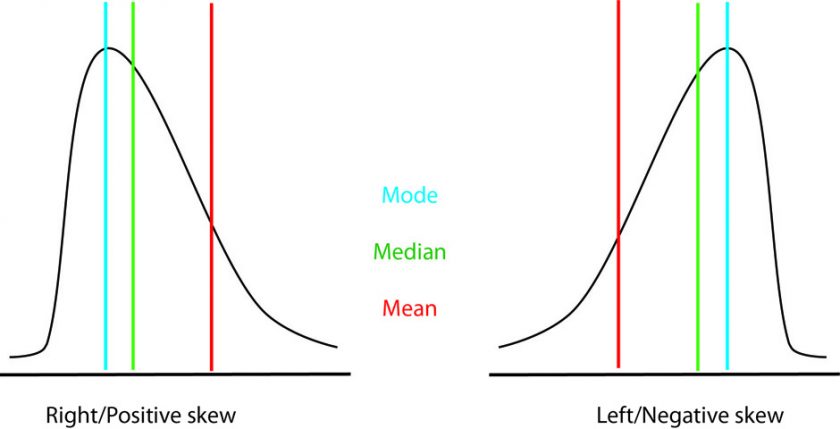 Now when a graph is said to be skewed, this refers to the tail and not the peak of the graph. In a left skewed graph (also known as a negative skew) the mean is to the left of the median. Where as in a right skewed graph (also known as positive skew) the mean is to the right of the median, as can be seen above.

Okay, you’re skeptical. Let me prove it to you. I just whipped up a quick example in python over at codingground which you can play with if you want. Here are three series and their respective skew, mean, and median:

See how 3 is the median on all three (as it has three greater values on its right and three smaller values on its left) while the mean keeps shifting significantly due to some of the extreme negative numbers being decreased and then increased.

So what this means in practice for week # 8 is that it’s usually positive but when it goes negative it really does so heavily. Which is a risk factor near inflection points, in one of which admittedly we still are. 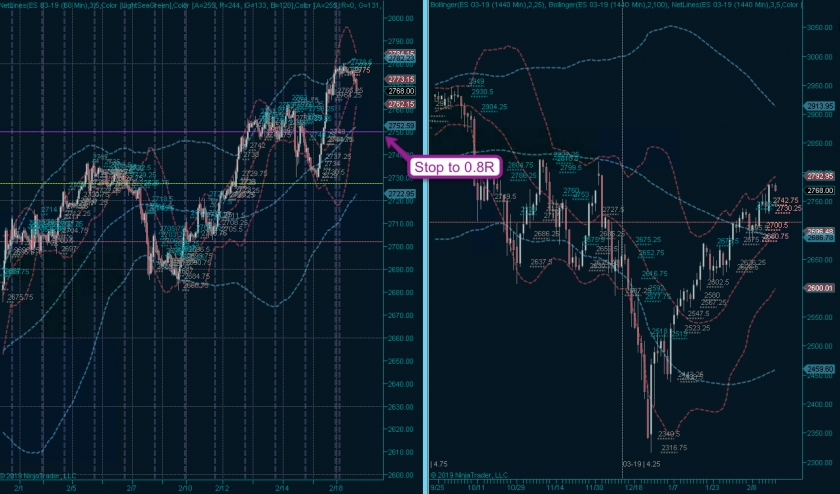 Now as my campaign has come close to 2R MFE I’m shifting my trail to about 0.8R (playing it safely). The current formation favors the bulls and I most definitely enjoy the low volatility ride higher. However, another retest of the 100-day SMA is still a real possibility and would shake out a boat load of weak hands. 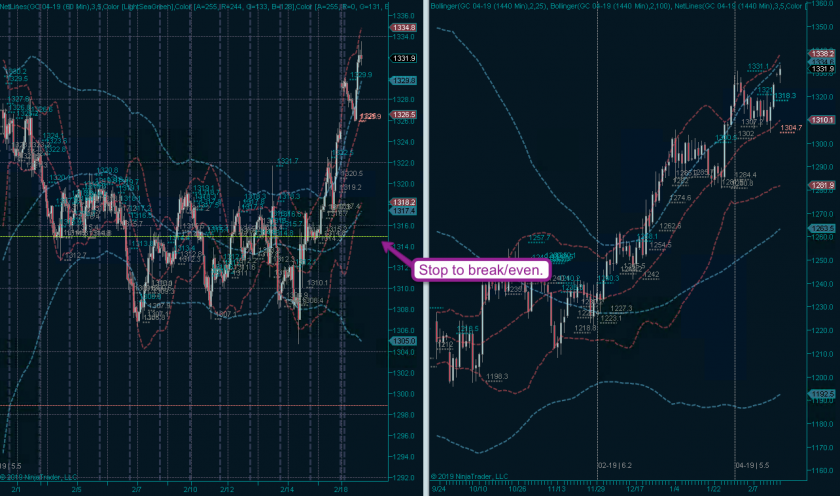 Meanwhile gold is on a roll now and my stop was now advanced to break/even. Frankly I didn’t expect that, especially since I managed to eek out a bit of coin with the opposing USD/JPY campaign. Sometimes you just get lucky I guess. 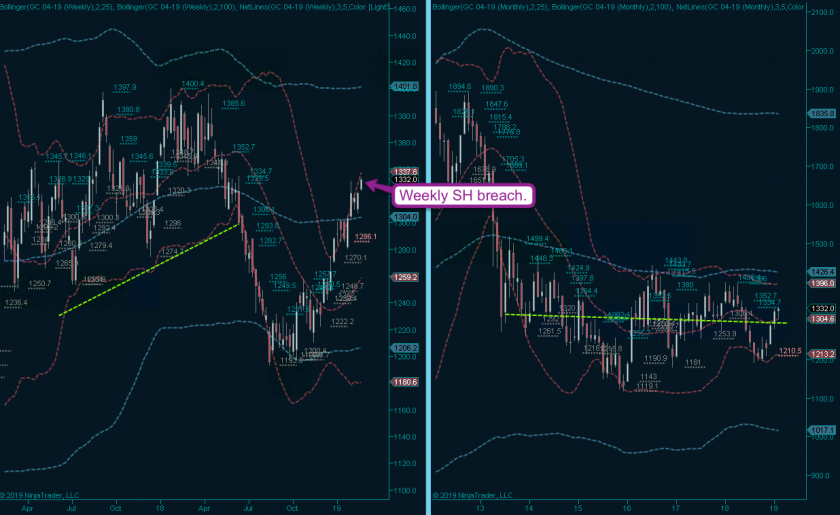 The long term panel is starting to look very juicy and I could see continuation higher here until about GC 1396.

Okay, time to spoil my intrepid subs – please meet me in the lair: