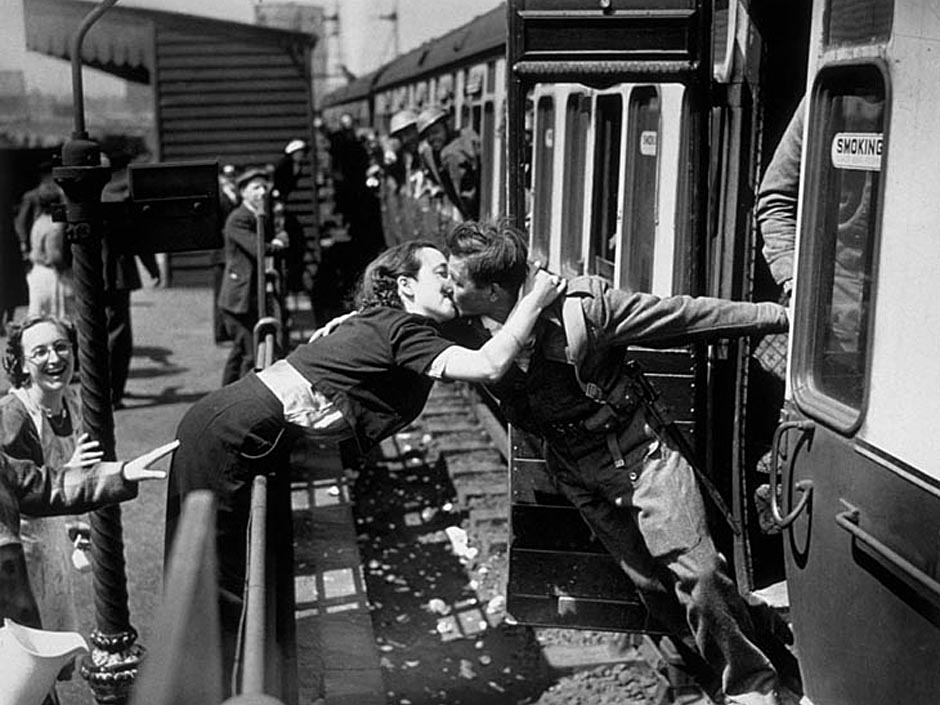 Barring any dramatic headlines I expect today to be a continuation session. Which means holding open positions and looking at possible entries to be taken in the future.

The crypto space continues to hobble around on three legs without any major resolution on the horizon. The general drift however is to the downside and especially to inexperienced traders this can be very dangerous as incremental negative change is often rationalized away and worse ignored all the way to the bitter end. 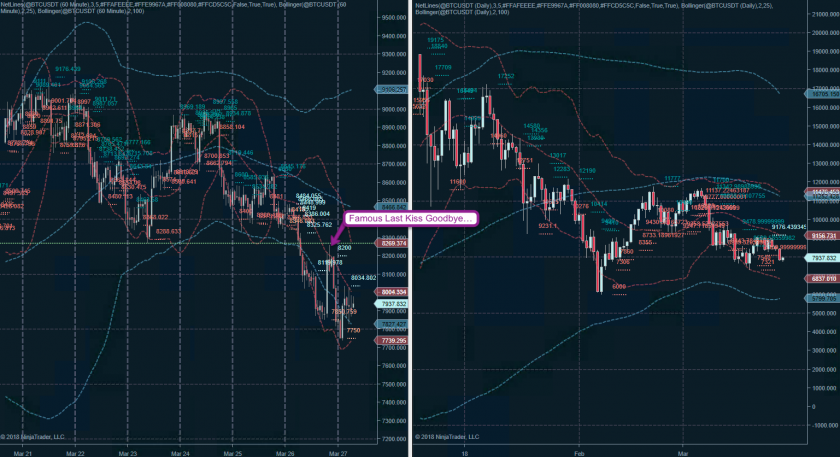 Bitcoin managed one last kiss goodbye yesterday after which it promptly turned on a dime and continued lower hence. It’s this slow drip drip drip lower that can turn small losses into much bigger ones.

If you’re sitting on a losing position then it’s much easier to simply rip off the band-aid and call it a learning experience. I don’t really think I have to preach this to you regulars but if you’re a noob make sure you go into each campaign with a detailed plan covering all eventualities. And that includes knowing when to throw in the towel and living to fight another day.

From an entry perspective that spike high would have been a good opportunity which I however missed as I was too busy unpacking toys. 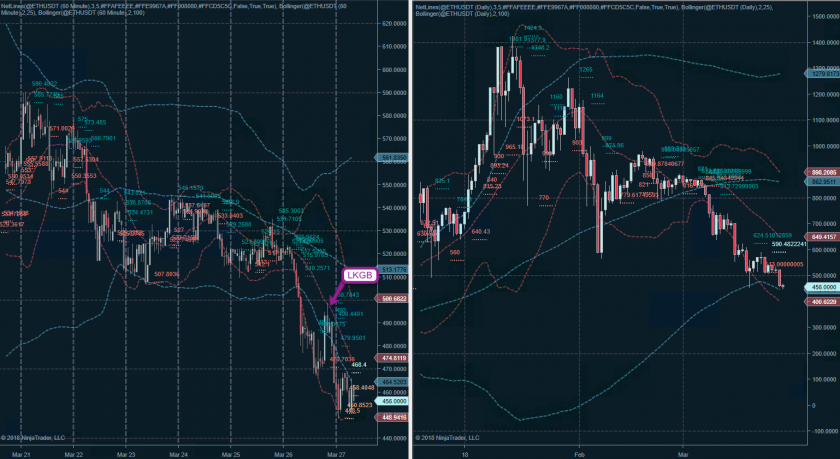 Ethereum used to be the most steady horse in the stable during crypto market upheavals but the ongoing slew of regulatory announcements combined with outright bans across social media flagships seems to have changed that.

Until the positive beta correlation across the crypto universe changes some day, a pertinent portfolio should only occupy a small percentage of your assets. Because when push comes to shove, and unless you’re just playing with shitcoins, everything moves in unison. 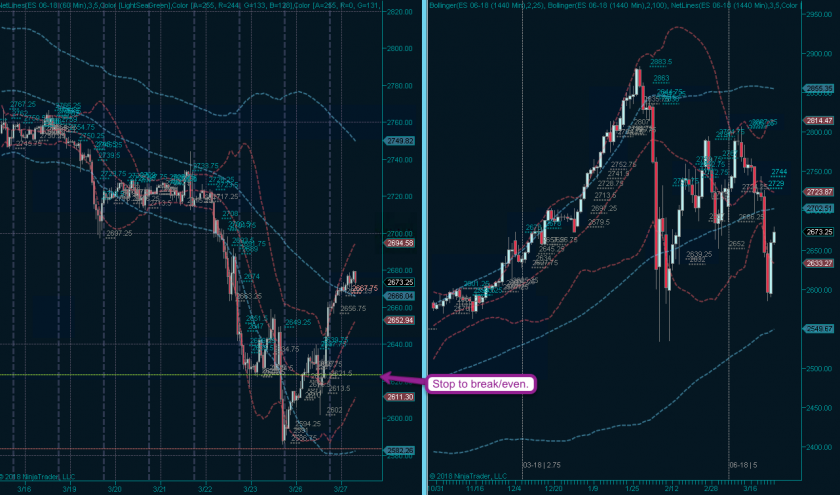 I was pretty stunned yesterday when the E-Mini painted almost exactly the type of formation I had been hoping for. Once a spike low was in place continuation higher had high odds of succeeding. 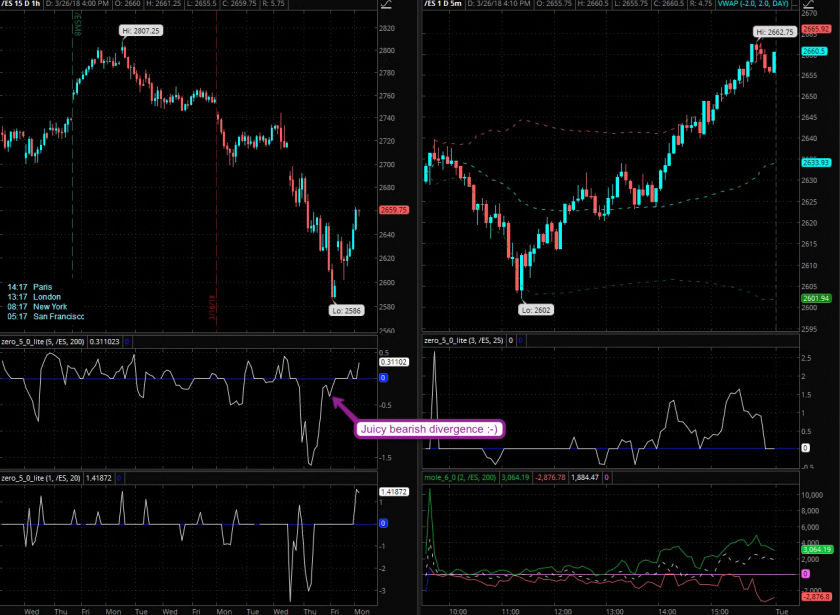 Especially given that juicy bullish divergence (unlike I noted on the chart) on the hourly Zero signal. You are a sub I hope – if not then point your browser here and join the club. This puppy pays for itself.

Given the above it was my patriotic duty as a nefarious capitalist trading hog to grab a long position with a stop below the SL. The latter now moves to break/even so whatever happens next is free money. 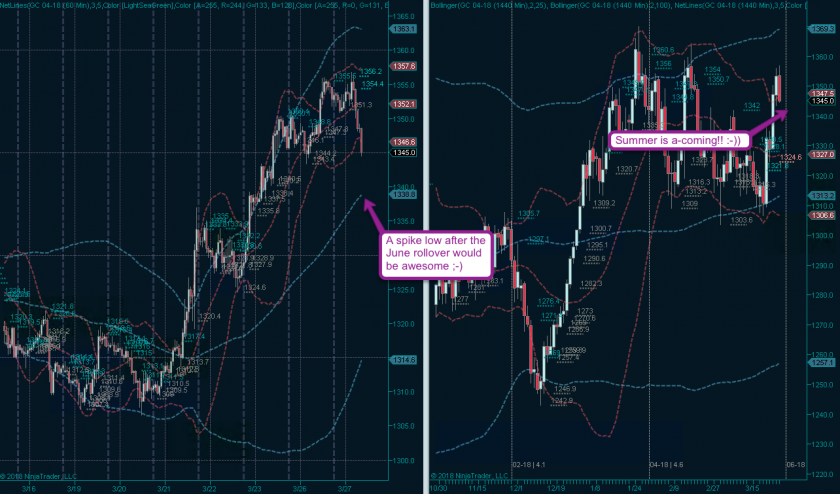 Gold is now officially on my radar and perhaps I will be able to once again muster up enough dark force to snag a sweet entry when gold touches its 100-hour SMA – hopefully right after it rolled over into June.

That’s right – summer is coming folks, so you better start working on your gym bod. That especially means you Gold Gerb – get into gear! Speaking of hard bodies, Julie is currently turning heads somewhere on a beach in Maui and has promised us all a full series of bikini shots. 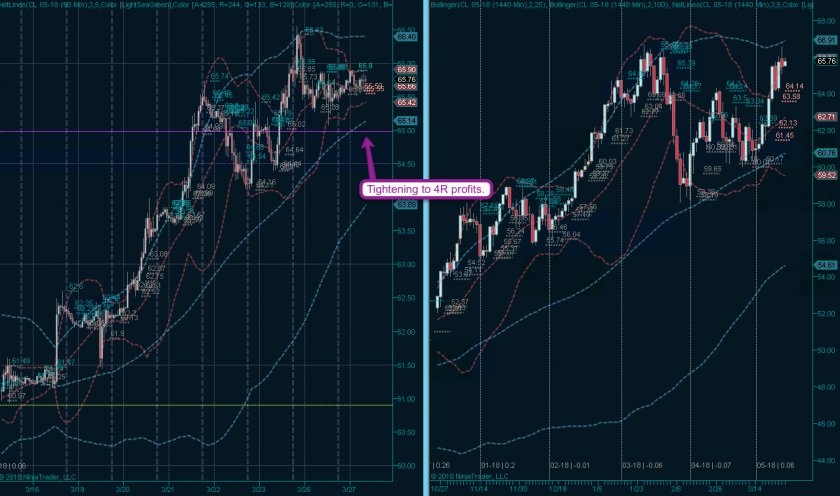 Crude update: This is getting ridiculous and I’m now tightening my trail to 4R in paper profits. I actually think this puppy has another pop higher in it but it may come after a revisit of the 100-hour SMA.

I love and hate trading crude. She’s a bitch to get along with but when she runs she really runs.