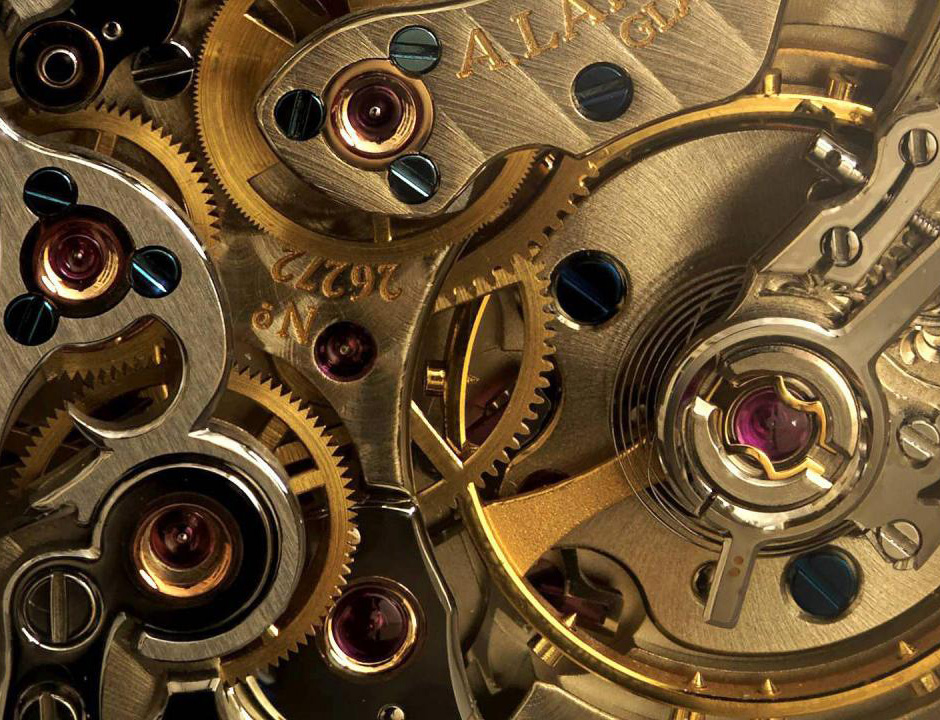 If you haven’t had a chance to read my most recent momo update then I strongly suggest that you do now as equity markets seem to be catching up with the two main scenarios I had outlined in my bottom line summary. Now if you aren’t a sub then you may have missed out on much of the meat of that post and now may be a good time to join up. PayPal may have been a hurdle for some readers over the past few years and I am very pleased to announce that Evil Speculator now finally accepts regular CC payments as well. So you’re officially fresh out of excuses 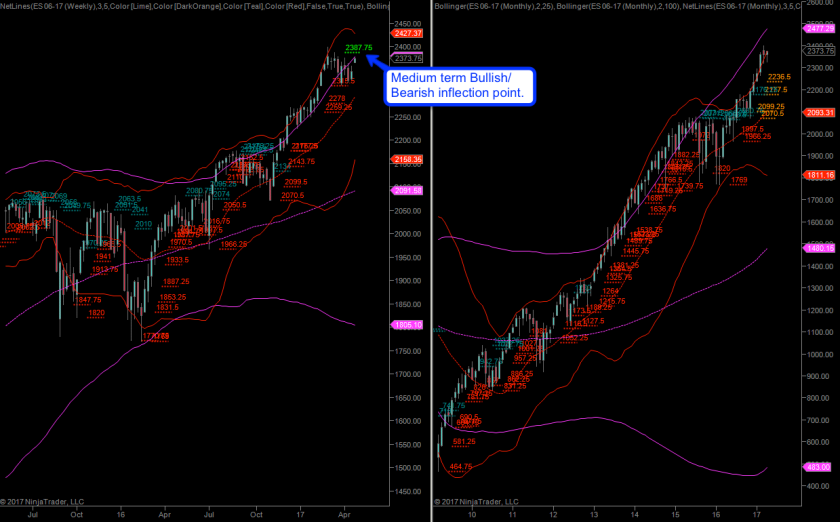 But let me dumb it down for the rest of you guys. The current jump in the E-Mini brings us pretty close to what I would call our current bullish/bearish inflection point at 2387.75. Perhaps I should call it semi-bearish actually as I do not see strong evidence pointing toward the possibility of a follow up sell off (i.e. another leg to the downside). Most likely this puppy is just going to keep crawling higher whilst continuing to burn the shorts.

A push into ES 2388 opens up the possibility of new historic highs in the S&P 500 and that most likely before the end of this month. If you still happen to hold long positions from our entry a week ago then I suggest you put your stop < ES 2365 and let ‘er rip. Quite frankly I would be surprised if we didn’t see a test of the weekly NLBL in the coming two sessions.

Should however strong weakness suddenly and surprisingly assert itself then the currently less probable scenario of more downside, with a breach of 2322.75 would gain more credence. As of now it’s at best a 30% probability, especially with the Dollar tanking after the 1st round vote in France. 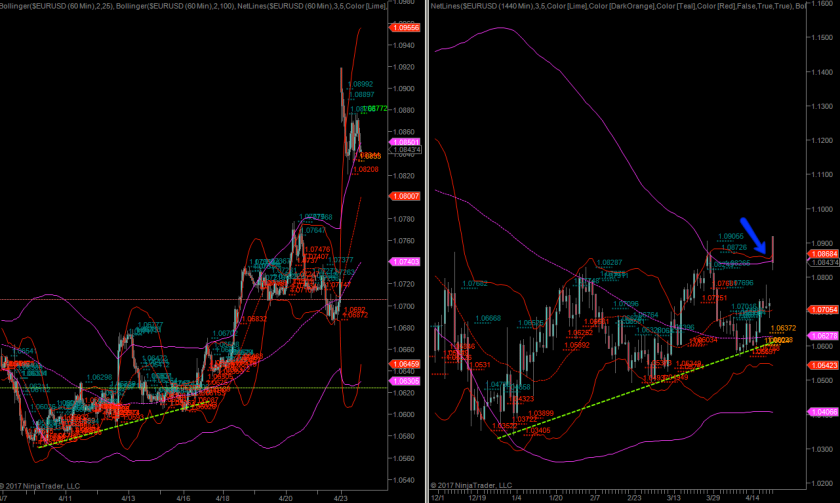 Speaking of which, there goes my favorable EUR/USD exchange rate and most likely this is just the tip of the iceberg with a lot more upside to come, as I don’t think Le Pen has a much of a chance of stomping Macron in the 2nd round. Which as a side note is rather fascinating, as it was exactly this very scenario that Michel Houllebecq predicted in his 2015 novel ‘Soumission’ (Submission). I hope the guy placed some bets in advance so that he at least gets to laugh all the way to the bank. Which again brings me back to Emmanuel Macron who happens to be a former investment banker who has never held public office. That’s right, whenever you think  you have seen it all…

But I digress. Technically speaking that jump to 1.09 changes the dynamics completely, which I once again suspected all the way back near 1.065. If you have not taken partial profits yet then now may be a great time. I do expect a bit of a shake out here but I do not think that we’ll see the EUR/USD below 1.07 again in the foreseeable future. 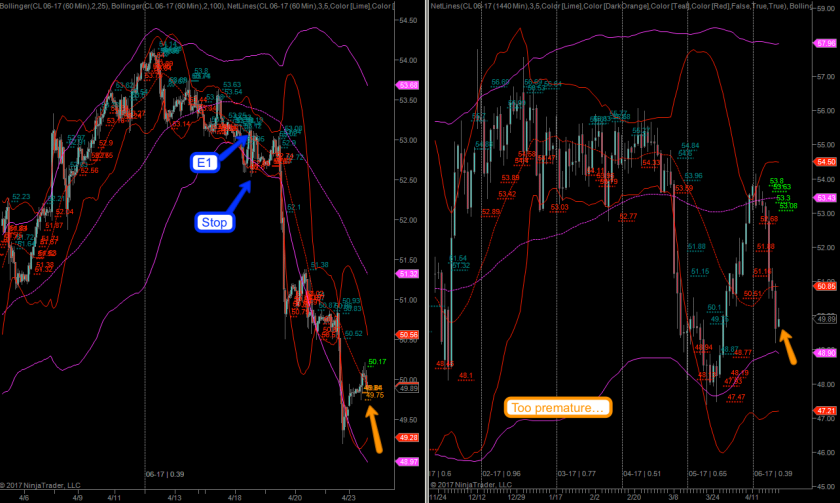 And if you think that I’m padding my own shoulder a tad too much then this crude chart is just for you. Definitely did not see such a massive sell off coming out of nowhere. It does however open the door for a much more juicy entry in the near future, but not just yet as the current formation is looking too premature. We need either a solid touch of the lower 100-week Bollinger or a double spike low before I could be coaxed into participating here. 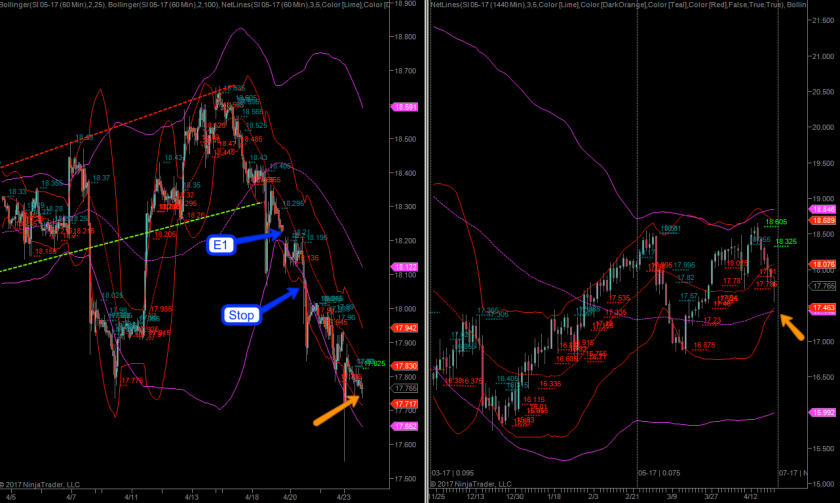 Silver also turned out to be a dud as intra-day volatility has continued and a clear trend remains out of reach. The orange arrows are pointing toward the little technical context we have at hand right now and it’s not enough to justify participation until we see clear proof of clear support levels. And it probably makes sense to wait until after the roll over as silver can sometimes be expensive to roll. 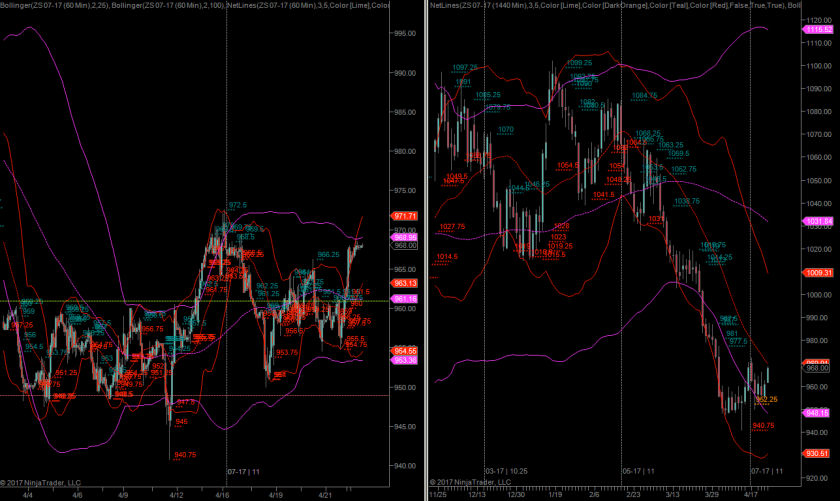 A bit more luck on the soybean front but the current drive higher seems a bit meager given the drop in the Dollar. So although still promising this one may not be out of the woods just yet.

Given the anticipation of significant volatility today and probably tomorrow I am not comfortable posting new entries until things have settled a little. If you’re bored then you may want to go over my Friday ‘quantutorial‘ on linear regression as it forms the basis for future posts on machine learning and what I have termed RED (raw edge discovery).