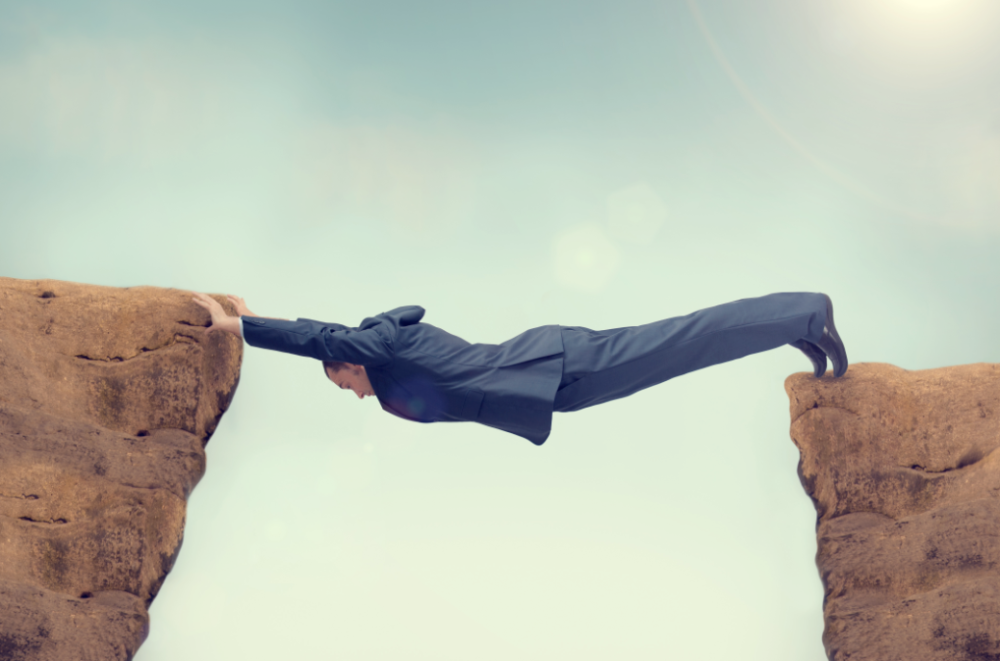 Sorry lads (and ladies), we’re not going to talk about thigh gaps today although it may easily double traffic numbers here. Instead we’re up for another lesson in tape reading but I think it’ll be very worth your while. So, courtesy of our croissant dipping friends in France we all were bestowed with a fairly large opening gap across U.S. equities on Monday morning. Now opening gaps, especially in equities, often have a nasty habit of filling shortly thereafter, which then offers participants a tasty inflection point for getting positioned. 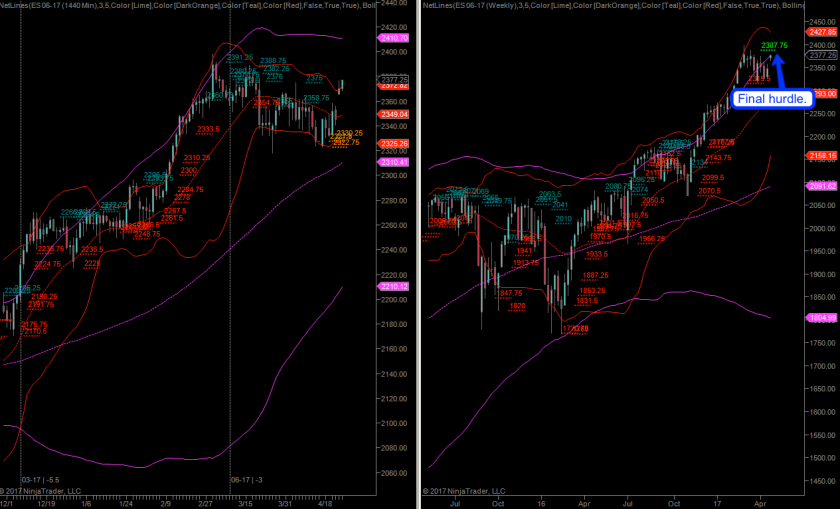 However if the gap remains unfilled then we should take note as it will strongly affect probabilities going forward. Of course there are no clear rules chiseled in stone about any of this and a gap-fill can easily materialize several days or even a week later. Remember though that price does not move in a vacuum and participants do respond to technical context which then becomes a self fulfilling prophesy. If for example the tape gaps but then manages to progress beyond widely recognized support or resistance clusters then a reversal fill may either be postponed for much later or may never materialize at all. As in home decoration or marriage proposals – context is everything.

A breach and close above 1) would tremendously raise the probabilities of 2) and of course if we wind up painting new all time highs then once again the sky is the limit. On the bearish side it’s clear that we need to remain below the NLBL with the exception perhaps of a quick stab above which quickly gets sold. It would be preferable to see the Zero indicator paint a divergence and then continuing to point lower.

If you are still long then there’s really nothing for you to do right now as the meat of the move may still be in front of you. It may be a good idea to put your trailing stop a few ticks below yesterday’s lows as this is not territory we ought be seeing again anytime this week. A breach > the NLBL at 2387.75 is the golden ticket for a final push higher.

A breach of yesterday’s lows will most likely draw us into a gap fill and from there we would have to sort things once we have assessed momentum and buying interest. 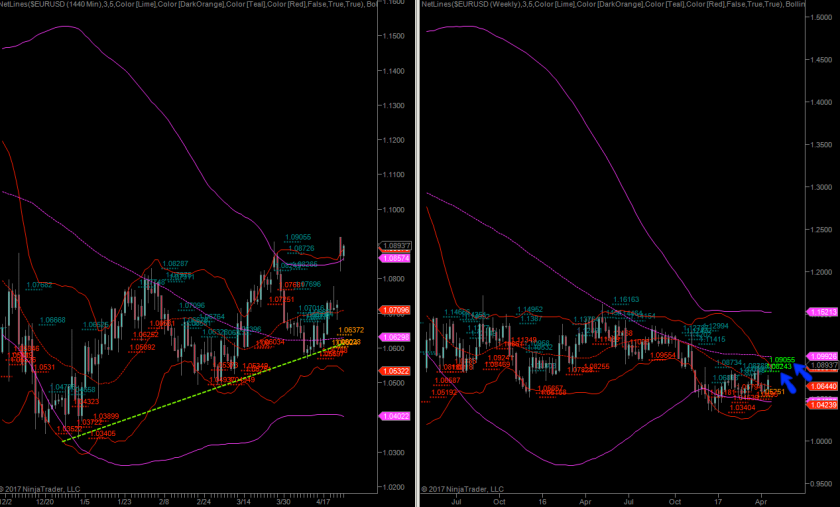 Now if we apply these perspectives to the EUR/USD then it’s clear that I probably should be heading to the ATM over the remainder of this week as much higher prices are most likely looming ahead. We did get a bit of a response after that first spike up but since then I’m seeing renewed buying interest in both the EUR and especially the YEN. In terms of technical context we have basically nothing but air above on the daily while the weekly shows us two NLBLs near 1.082 and 1.09 and the well observed 100-week SMA just below 1.10. It pains me to say so but it’s quite possible that we’ll be touching that one sometime before the 2nd round election in France. Should Macron actually take the helm then a breach higher may easily be possible.