Season’s Greetings. Did you know that some of the glaciers in the last ice age did not come down from the north pole, but began in the middle of continental Americas? As I finish writing this post, the USD has retraced its way back down to what was a level of support on Friday.  Watch out for DXY = 77.60 – 77.70; if this gives way, then GS will rue getting stopped out of their USD shorts.  A new year beckons. Tick. Tock. Tick. Tock.

The volume on Friday for SPX was more than double the average. Is this a misprint?  ES volume was typical and betwen 1.5 and 2 million. In any case, OPEX did not disappoint with its tiny battles centered around myriad “pins” and the VWAP.  ‘Ware the holidays, is all that I can think of to say. SPX is floating between resistance and support – and with anticipated diminishing volumes into year end, it could go either way. 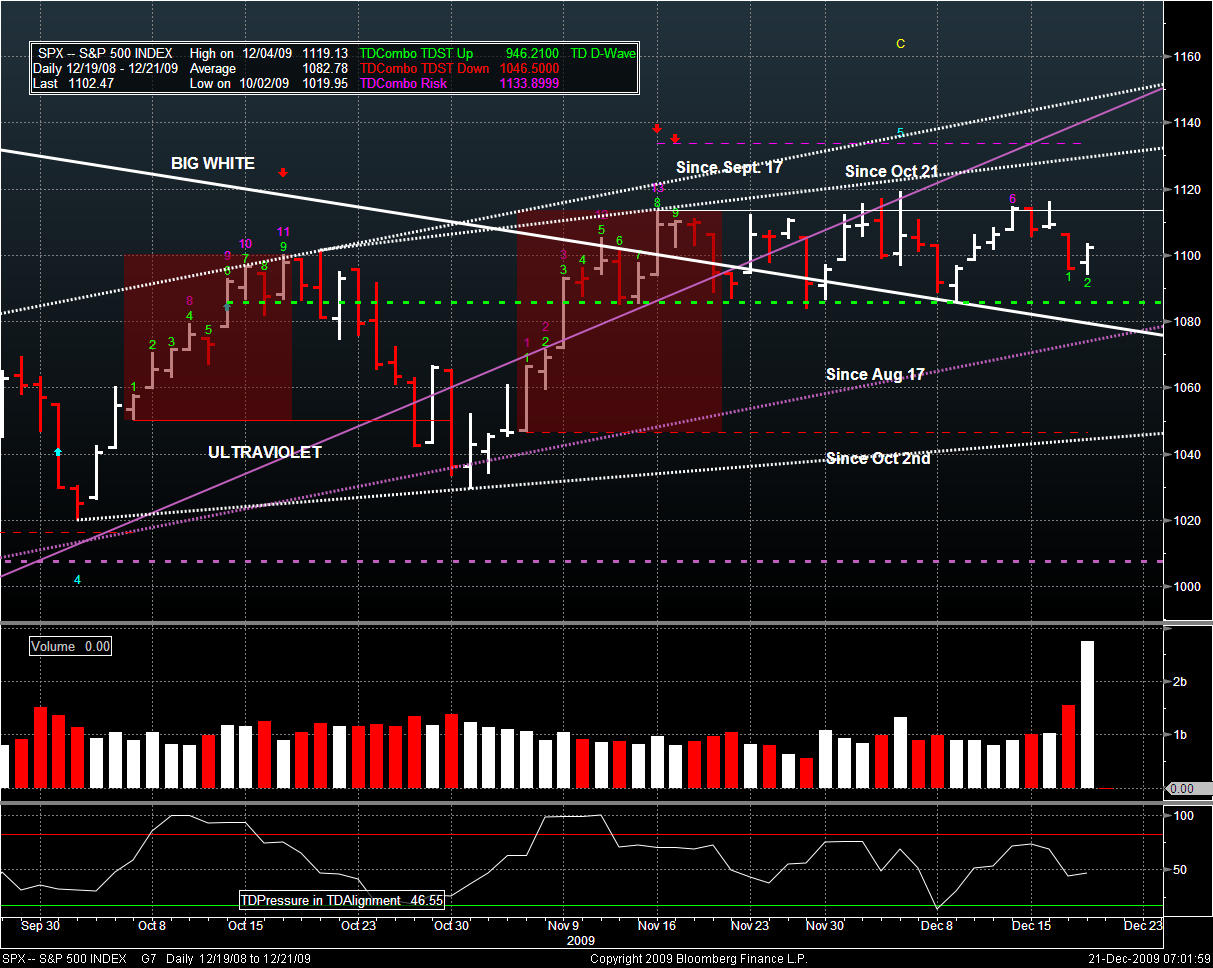 Asia was mixed with Japan and China green, and other markets red to varying degrees. Europe is green.

Germany is hugging the upper end of the last month. Almost everything in the DAX is green – and it’s not even a data day.

USD is weaker.  CAD, JPY, and EUR are stronger. GBP is weaker. Looking at the EUR chart, it sure looks like consolidation into a bearish flag, no? The DXY chart however looks ominous and seems to indicate a weaker USD. However, into calendar year end, a lot of non-traders, non-speculators square up positions (read exporters from many countries). It is hard to read anything into this action for implications for the next month or two.

Here are UBS’s reasons for a weaker EUR: 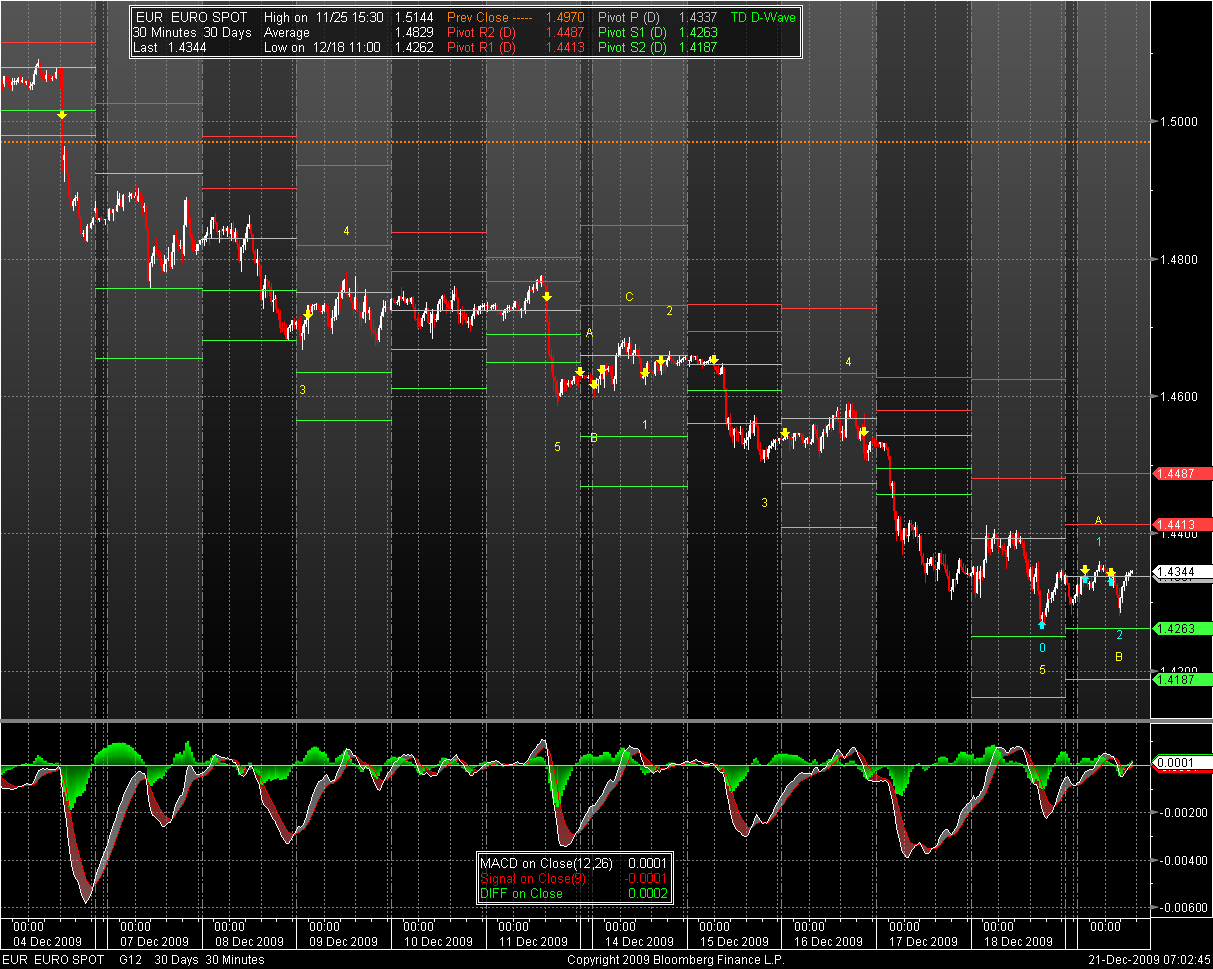 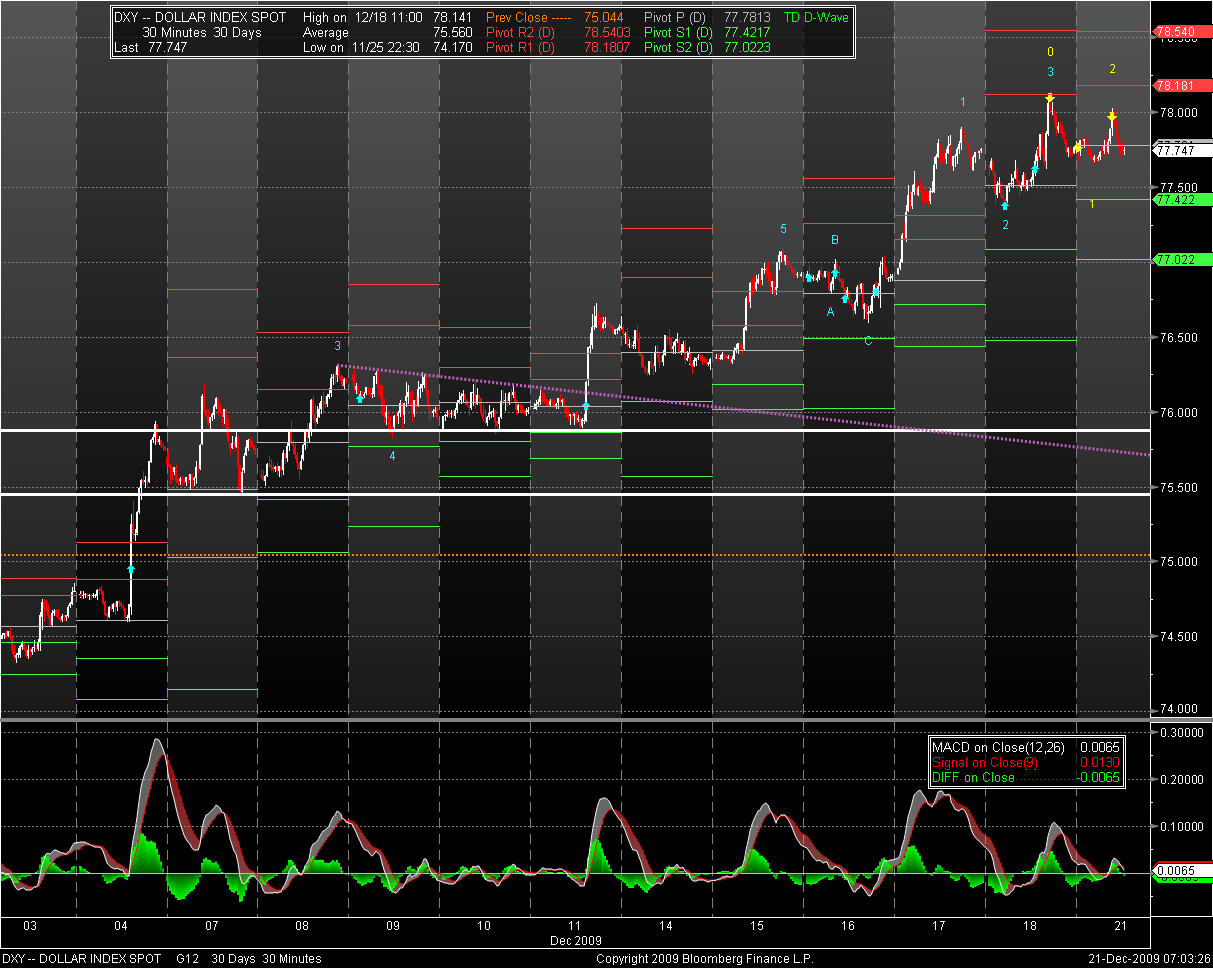 No matter how much I poke at the TA entrails, I see nothing. Patience is the word, once again. Patience, and nimbly darting between the rain drops to scalp or pick up a few ES points here and there. This is a time for contemplation, regeneration, and renewal.

ES has not broken its long term trend line from July. The dashed violet line at the top of the latest wedge is at 1109.75. Bulls will cheer if ES closes above that.  ES Pivots: 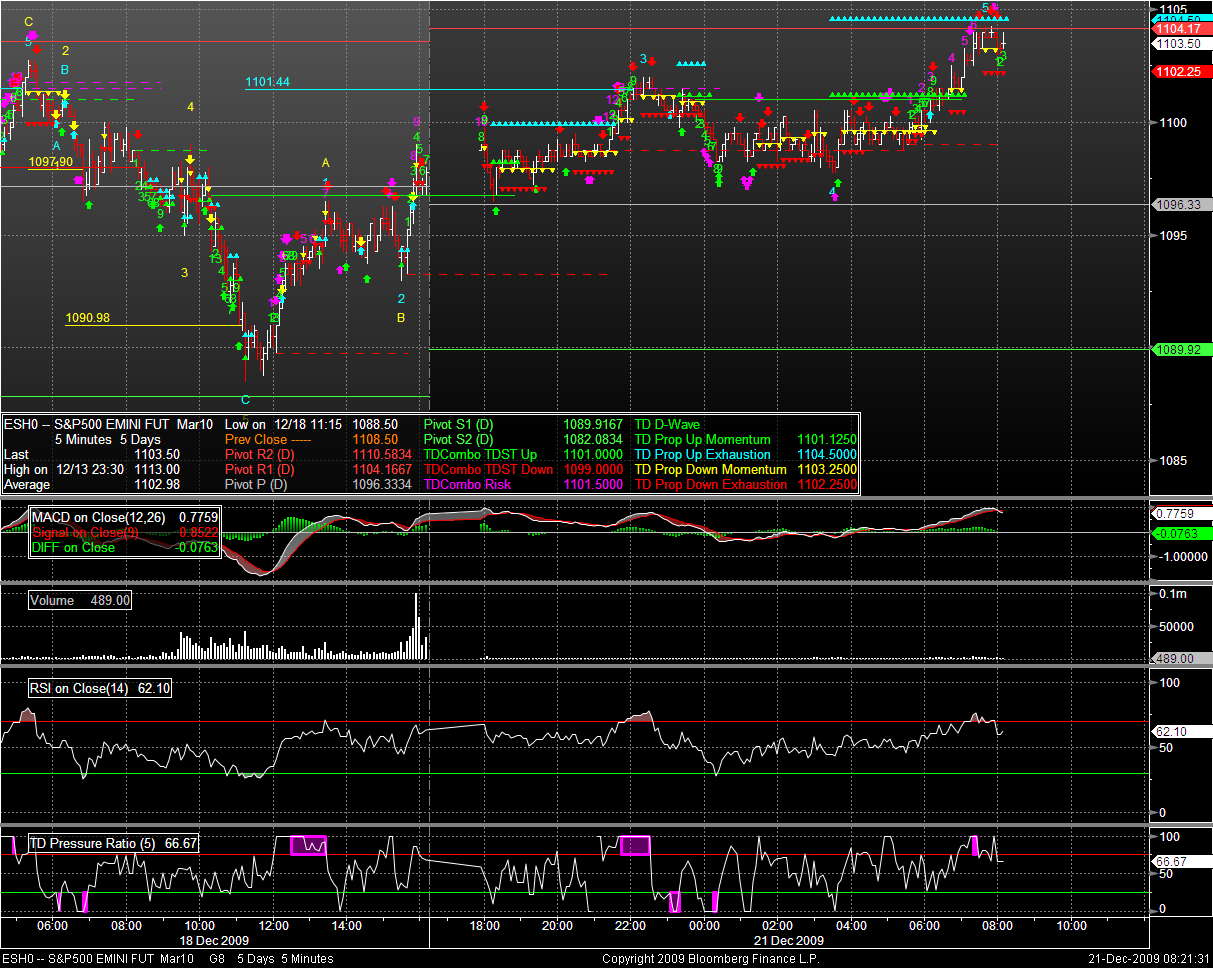