In principle all financial market operate in two alternating operational modes, both of which are aimed at evoking a reaction among active participants. It’s basic human psychology 101 exploiting the fact that the reptilian brain of us mere mortals responds to these two basic stimuli in a same fashion:

The first one is a lesson especially men (mostly) learn the hard way during their teenage years and into young adulthood. And yes, I am talking about meeting and attracting the other sex – we all know how it works. The second one is a bit more complicated but a similarly basic human response. It all boils down to removing one’s self, emotionally, from stressful or painful events. Intellectualization comes in many many ways and it’s an extensive topic – in regards to the behavior of market participants we are specifically talking about evoking irrational/fearful acts in response to either an unfavorable/unexpected event or a lack of information/context which lures people into inventing reasons to resolve their emotional stress/pain by acting against their system rules or contrary to objective system goals. 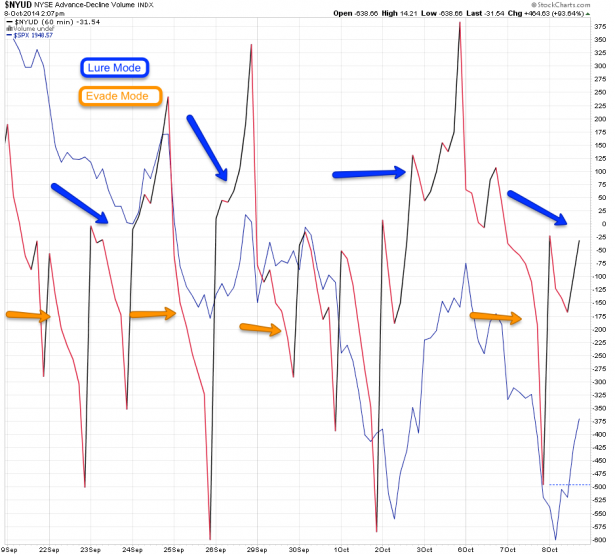 I know – all that is quite a mouthful. But you’re in luck as this week has been a great opportunity to drill into this topic, so let me demonstrate this via the NYUD chart shown above. We see both modi operandi in action right there:

Very simply put – the market either runs away from you or attempts to lure you into taking (unfavorable) positions. It will pretend, it will lie – it will fake you out. There are exceptions of course and there are times when the odds are in our favor. The rite of passage for any trader is to identify those rare moments and act upon them.

Nevertheless without understanding how the game is played many fledgling traders may often find themselves unable to take action due to a recent thrashing, inverse exposure combined with wishful thinking, a strong personal opinion, the list is long. But the fact remains that the market very rarely give you perfect opportunities to get positioned. Yesterday was such an exceptional day and although a good entry does not guarantee success you must be ready to take action when it presents itself.

The vast remainder of market activity however falls into the two categories above – luring and evasion. In both cases it is aimed at evoking a reaction. For instance Monday and early Tuesday being short was a very scary thing and the tape was intentionally attempting to lure participants into abandoning short positions and acquiring long positions. Today however the opposite holds true – if you took a short position earlier this week then you are most likely feeling doubts and a host of other unpleasant emotions right now. To which of course there is only one answer: 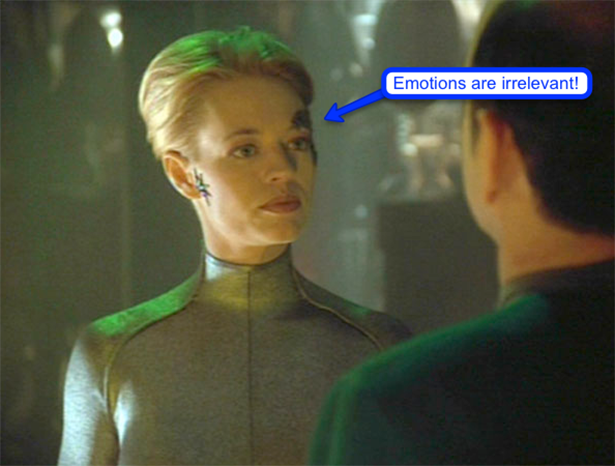 Exactly – emotions are irrelevant. If you yield to them as a trader you will constantly face emotional pain and self doubt. NOT a way to pass one’s short existence on this mortal coil. You should NOT care whether or not this campaign is going to succeed or what you could have done earlier this morning to avoid giving up your ill gained paper profits. The only thing that does matter is that you snagged a good entry and that your stop has been set. You didn’t seriously expect a setup in equities (the most manipulated market of all) to move unidirectionally? If you want clean trends then please forget about equities and visit us in the Forex or futures lair. 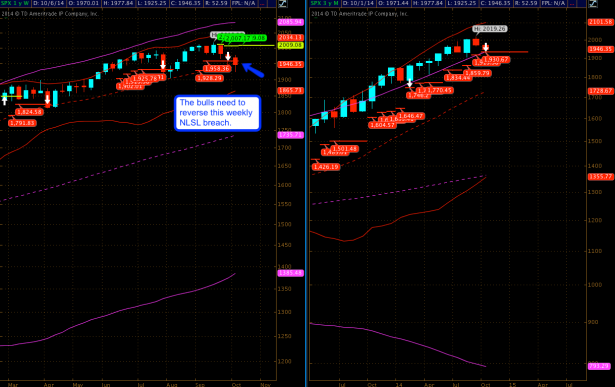 The realities on the equities side are as such: The bulls are in trouble and will remain to be until SPX 1960 at minimum and they’re not back in control until about 1970. Today’s jump higher is an attempt to regain the weekly NLSL which must by all means be recovered before Friday. Maybe they’ll succeed and maybe they will not. What matters is that you took the entry when it represented itself. The ES campaign on Thor already has its stop at break-even – nothing else left to talk about. 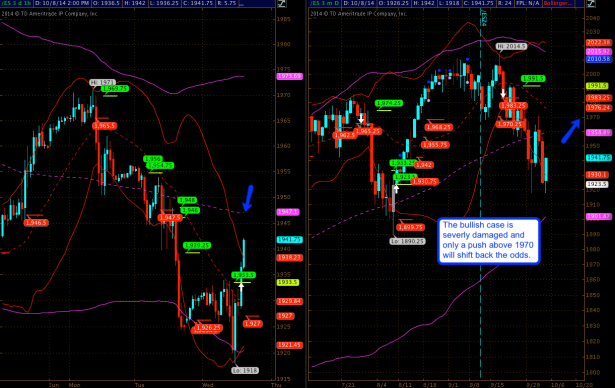 Here’s the daily ES chart – all I’m seeing are lower lows and lower highs. Yes, we could be done here – I don’t have a crystal ball and there is no context nearby to suggest that a major low has been produced. Now if we push back above 1970 then the dynamics start shifting but until that happens we stick with what we have – which is short positions in equities and their respective stops. 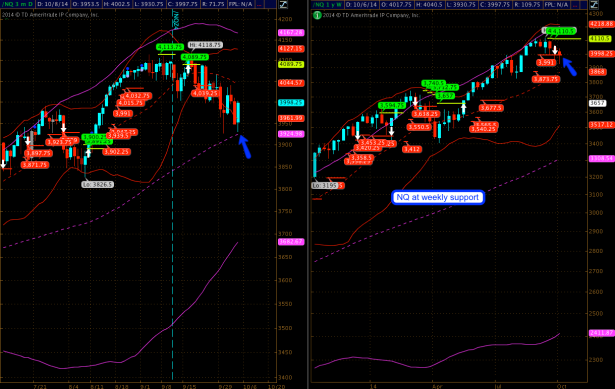 The NQ is the big exception – that 100-day SMA touch could signal that we it’s done here and it’s the perfect chance for the bulls to stage a counter rally. However I do caution you from chasing the market here – remember that’s modus operandi numero uno and it never ends well (for us). So if you want to be long – wait for a better opportunity.

Now let’s talk setups – we have a few juicy goodies waiting below the fold: