Things Are Looking Up 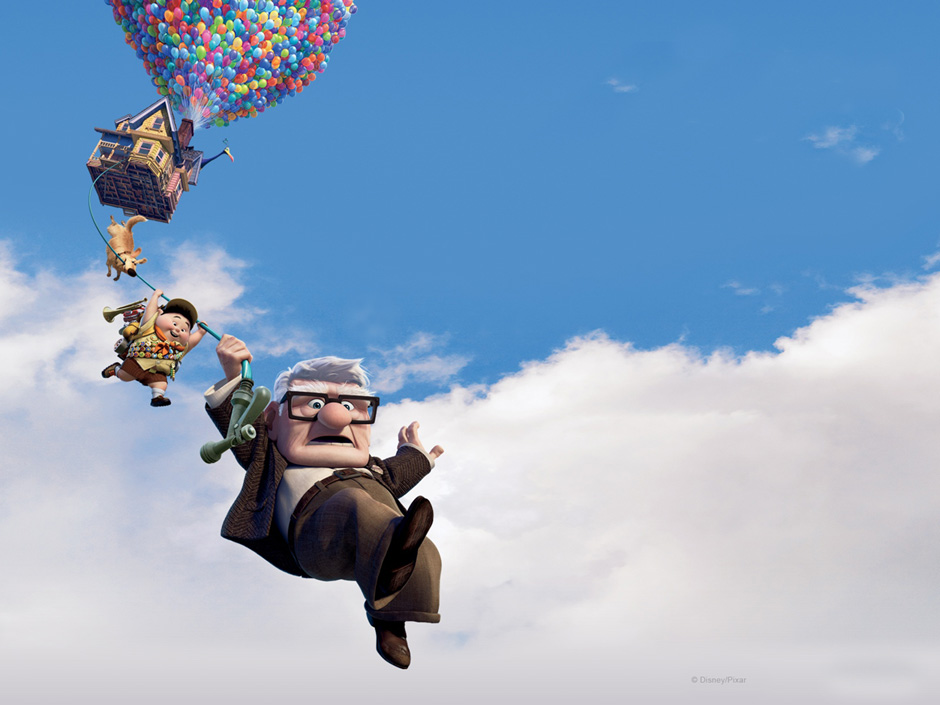 As the old saying goes: Every cloud has a silver lining. And in the case of August that most definitely would be week #34 which isn’t just a positive week but just so happens to be the fourth most bullish week of the year. Unfortunately however event risk is rather significant as the Fed is holding its annual symposium at Jackson Hole. 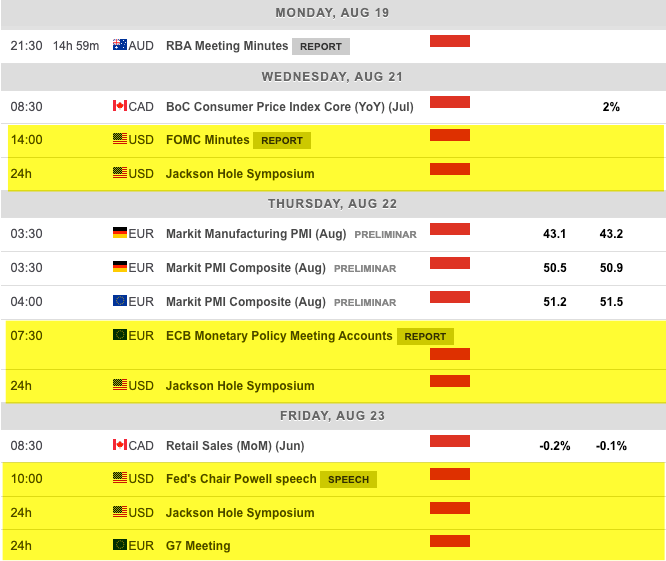 The market’s general expectation is for Powell to do nothing on Friday to disabuse investors of the widespread perception that the central bank will reduce interest rates by another quarter of a percentage point next month. But whether he’ll open the door to a half-point cut, which some traders are hoping for, is unclear. 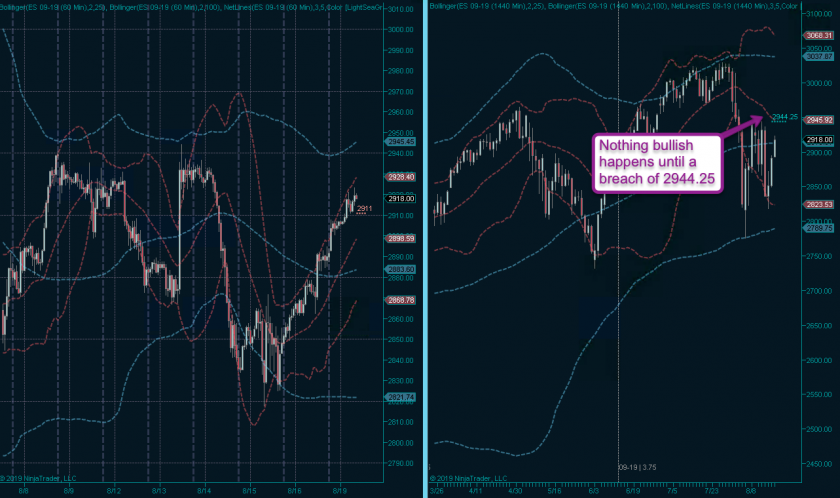 Either way there will be plenty of opportunity for market volatility, especially in the midst of the summer vacation season. From a pure price perspective (say that one three times in a row) nothing really bullish happens unless we see a decisive breach > the current daily Net-Line Buy Level at 2844.25. 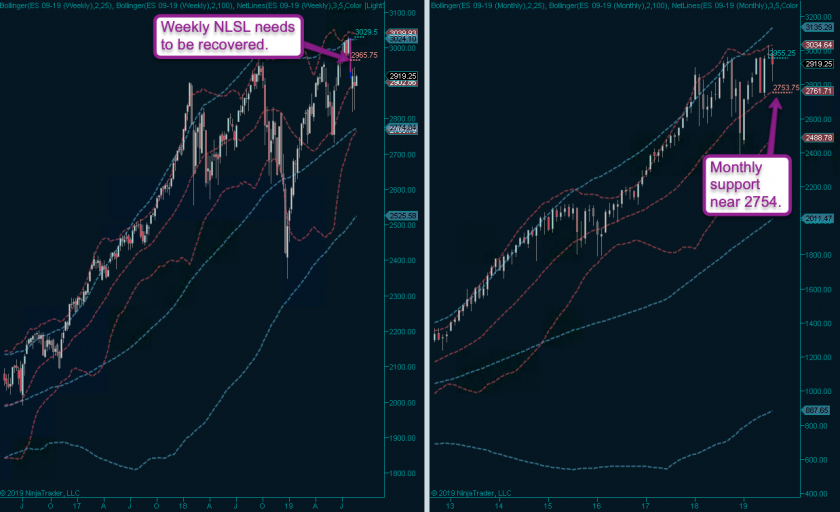 More long term we are looking at a NLSL at 2965.75 that was taken out in July and will most likely serve as resistance going forward, assuming Powell will keep is comments to a minimum and not freak everyone out again. 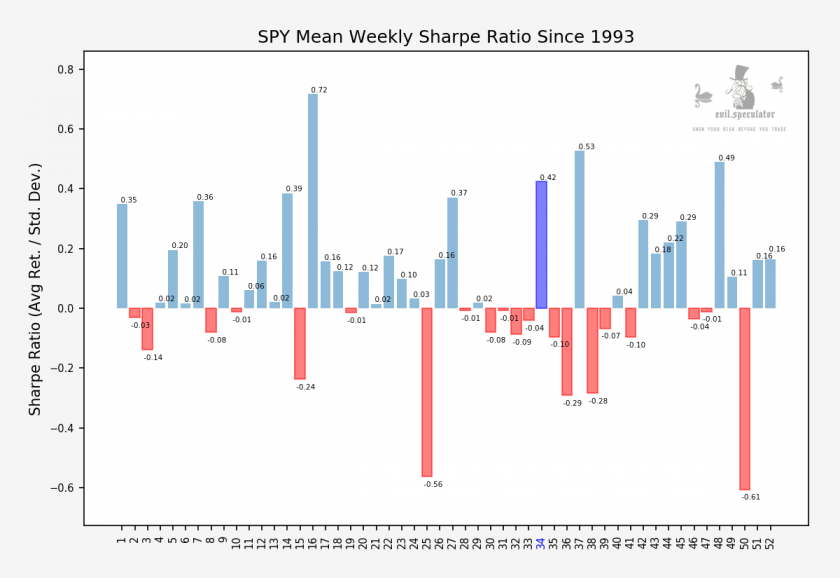 Here are the stats I referred to in my intro. A Sharpe ratio of 0.42 is promising but given that it’s August the following chart is more comforting: 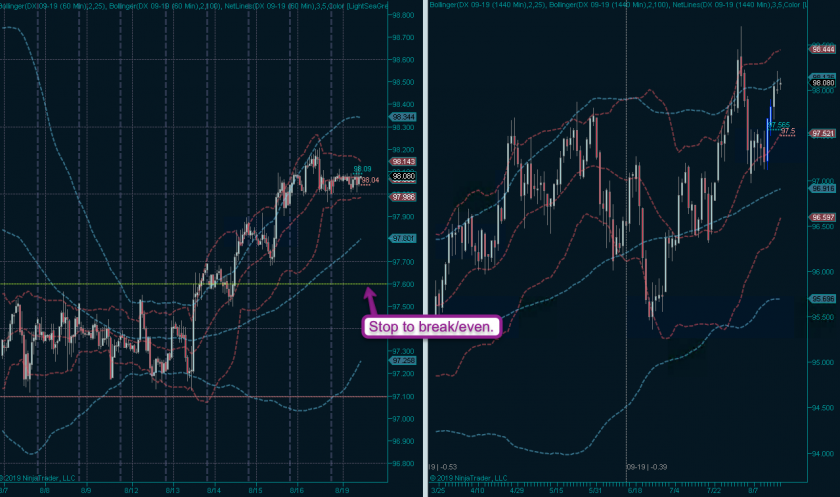 The Dollar is one of the few open positions I’m currently holding . To be honest it’s been slow going and given that we’re in a big Fed week trailing from afar – fortunately at break/even – is the best policy.