Risk On – Risk Off 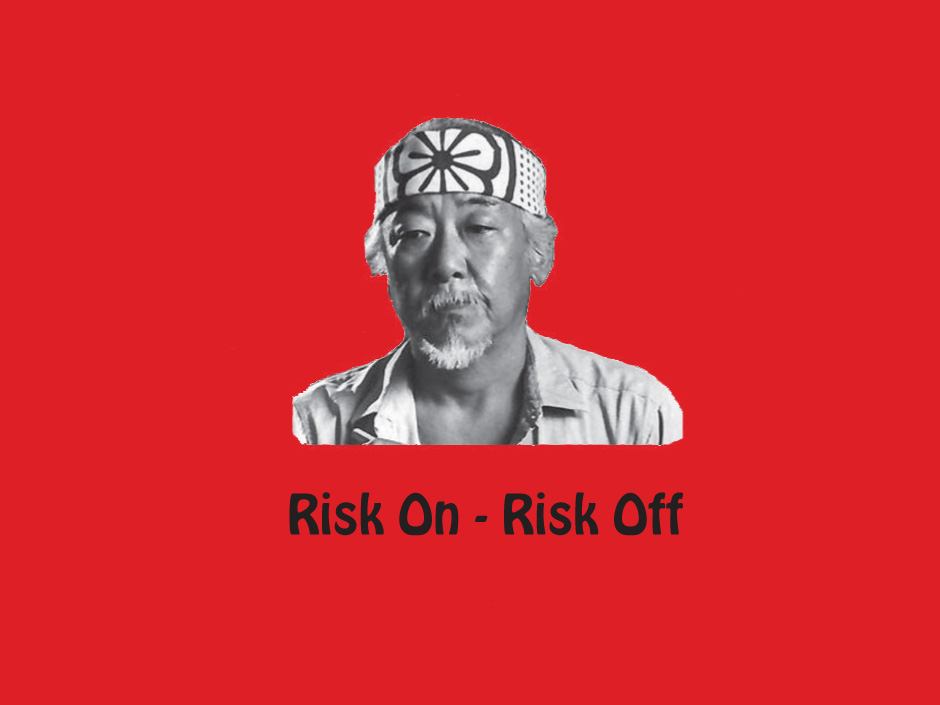 Volatility is a tough beast to tame, despite the general consensus among finance geeks and quant traders that it’s a lot easier to predict than signed returns. GARCH is your friend but it gives us an unsigned return – a range of 20 handles means that the market could as easily run up 20 as it could drop by 20. So what do we do?

We look at implied volatility, which is calculated as well but the difference is that it’s based on the pricing of live option contracts. Meaning as opposed to looking back we are effectively looking forward in terms of market expectation.

If an option has a 20% implied volatility then that doesn’t mean some evil market maker said so – this would be akin to putting the cart before the horse. It’s trading at 20% because supply and demand say so.

What inspired this post is that I got a bit annoyed last evening when I was trying to buy some in-and-out call spreads in the Sep20 Spiders  in order to take advantage of a possible jump higher post Fed announcements or at least take advantage of realized volatility (i.e. wild swings).

I could go into details about I/O spread but that would exceed the context and probably bore you to tears. Just take it from me that asking for a $1.86 debit for a $2 spread I/O call spread isn’t even near what I’d be prepared to pay for it  – $1.05 marks the maximum debit I’m willing to spring in that context.

If you’re not an option trader than the underlying culprit may not be immediately apparent. Look no further than – you may have guessed it though – the implied volatility column, which has me at 46.8%/58.21% for the bull call spread and 15.68%/16.72% on an equivalent bear put spread.

One thing I really love about ThinkOrSwim is that it offers you the thinkBack tool, allowing you to look at EOD option pricing back in history – or as we old white dudes often refer to as ‘the good ole’ days’.

The contract chain above is taken at EOS on 4/16/2019 – last April – and like the current September contract it is 31 days out. Now compare the IV in the respective put and call columns. FWIW – implied volatility in the call column is actually a bit elevated as it’s usually quite a few percentage points lower than in the put column.

What does it all mean?

It’s not rocket surgery really. In order for the market to price puts at such a steep discount the market is pricing a massive premium on a move to the upside. Which means that this is where most institutional market participants believe we are going. 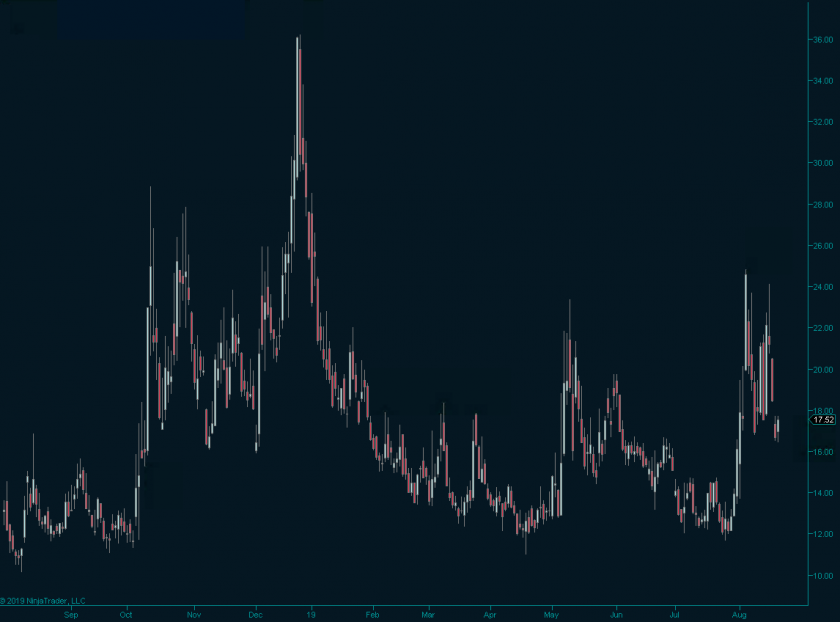 But but – Mole – didn’t you tell us we are things are looking bearish on a MT to LT basis just last week?

Problem is a) I could be wrong and/or b) that we are looking at significant upside risk in the interim. Take your pick because I don’t know either.

What I am seeing on my charts is a massive jump in implied volatility which thus far has been unable to breach < the VIX 16 mark. And if you’re a bit nerdy like me then you will have no problem finding a ton of research papers that clearly show us that a jump in IV usually begets more IV – especially if there’s a significant change in standard deviation.

Be this as it may – IF you’re holding a boat load of shorts right here today. then you may want to consider vega and delta hedging yourself a little bit. You have been warned. 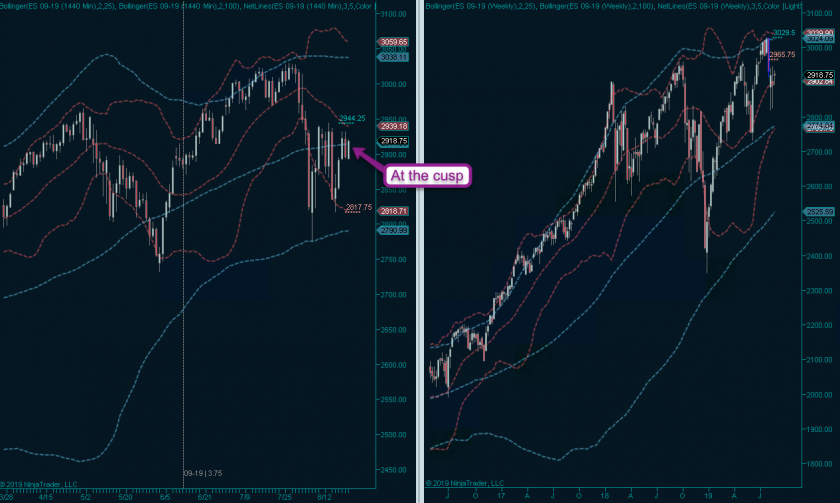 Based on the Friday contract the market is pricing in a 68% chance of a 36.5 handle move in the SPX futures by Friday EOS. True to form price is in the process of settling near its 100-day SMA and leaving the door open for a myriad of scenarios.

Whatever you do – don’t attempt to buy naked calls as a drop in IV would effectively crush your vega and thus diminish your options premiums even though you may be right in terms of direction. I hate to say it but in the current condition the only way to win is not to play.