A quick look at the trading map going into the weekend: 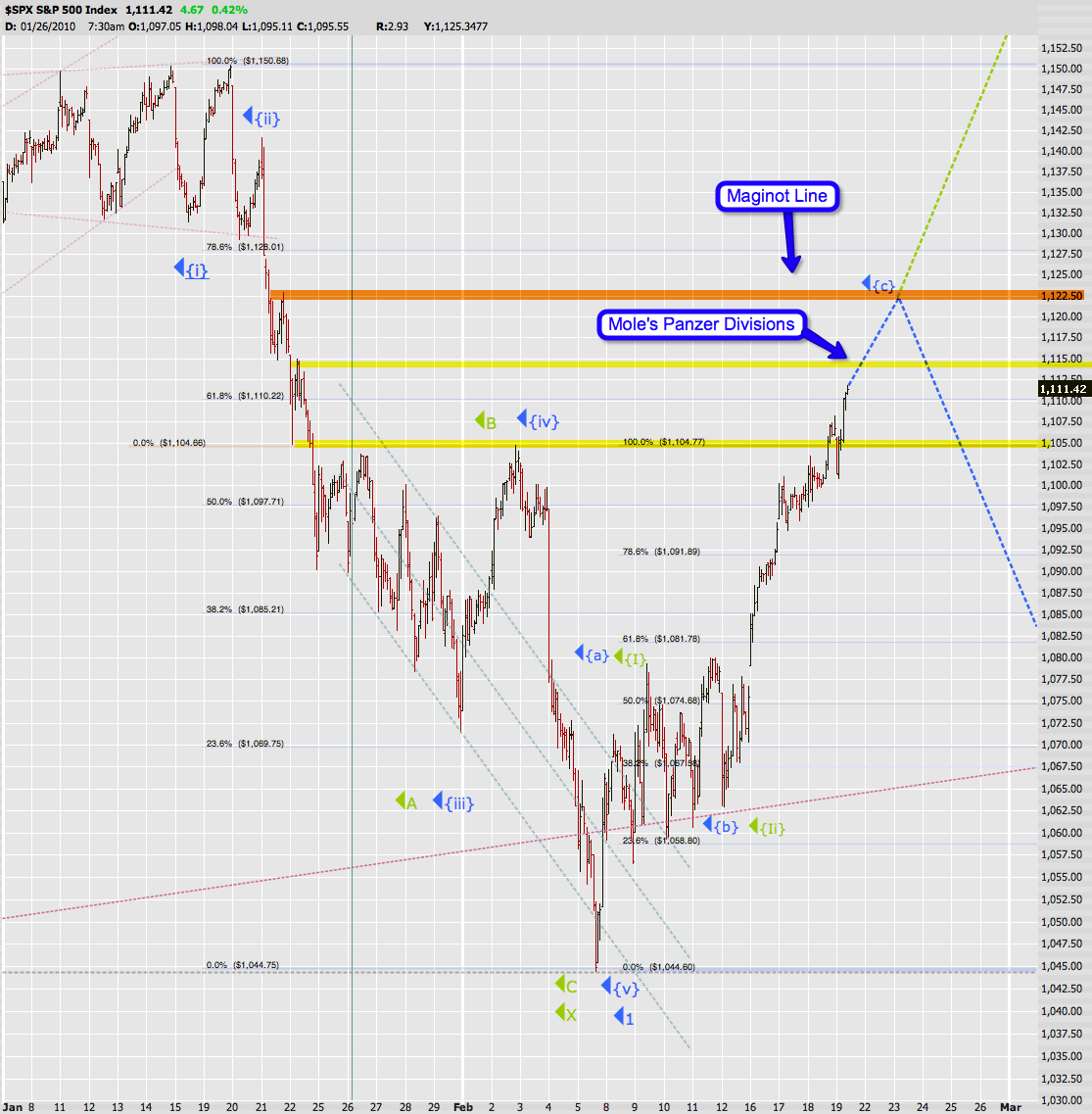 This tape reminds me of what happened past July. Which is that everyone was expecting a drop while the market kept chugging up and up and up. I have deployed some panzer divisions at 1,115 but am unsure if I can stave off the onslaught of the bulls as they were supplied by Bernanke with genetically engineered sharks donning laser canons strapped to their heads.

But seriously now – 1,120ish is where the bears should start getting very nervous. I’m not talking just about price but also about wave form. As gmak was yanking my chain this morning about the fact that wave counts often mutate more often than a cockroach in Chernobyl (and he’s right) – there are hard rules but then there are also soft rules. The hard rule is that we can’t breach the prior high (1,150.45) – but then there are also soft rules in that a second wave really should not start looking like a textbook motive wave either. Yes, you could count it as an a-b-c but if you give this chart to the average six years old and ask him/her if this wave resembles a zigzag or a lighting bolt the damn rascal will most likely pick the lighting bolt eight out of ten times (besides, lighting bolts are so much cooler). 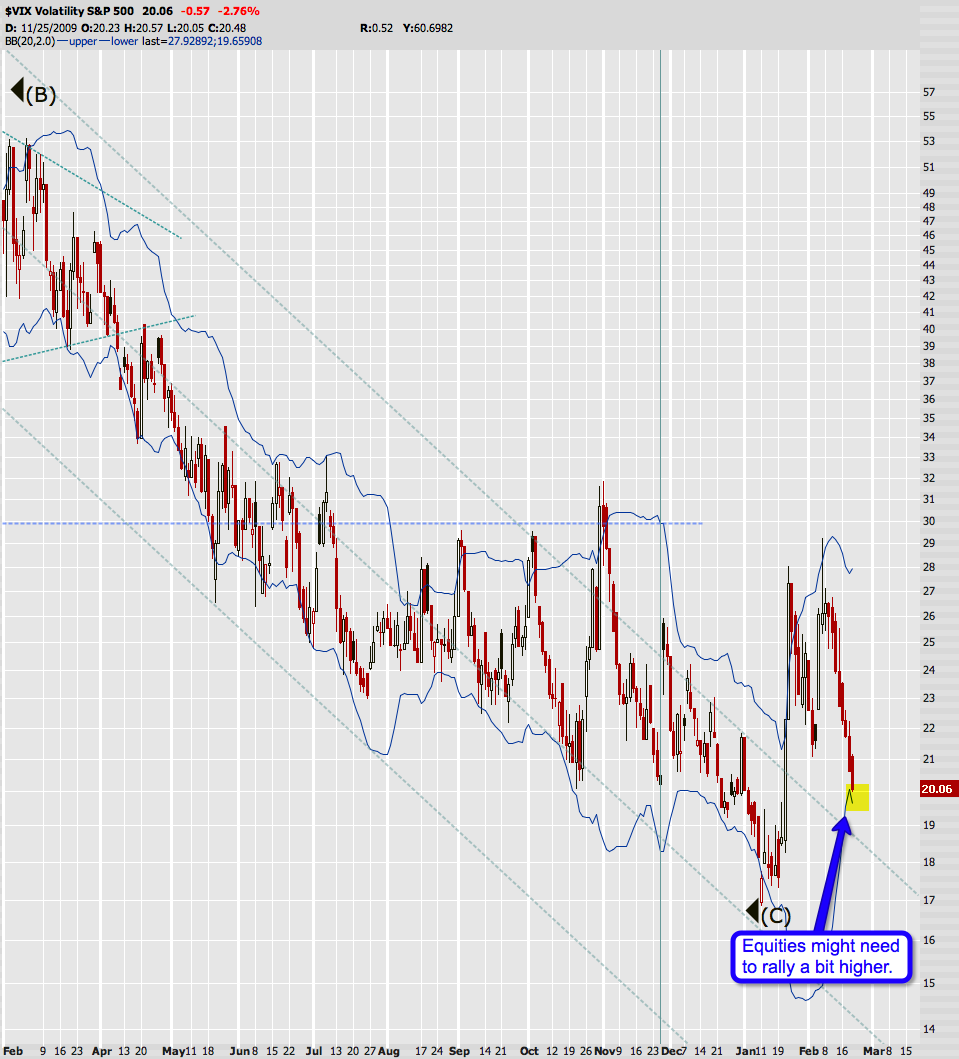 Mr. VIX continues to drop but its 2.0 MA has now exceeded the 20 day time window and is also starting to drop as well. So we could see a situation in which price is sliding down the lower BB border without breaching it. Not a pretty prospect for the bears. I think the best thing that could happen to the bears right now is a money shot into the 19 mark – as strange as that sounds. Sometimes things need to push hard the opposite way in order to turn the boat in the other direction.

If you sit back for a moment and forget all about your own trades and your own biases then it’s quite clear that the bulls are riding this thing up fairly easily. The bears have faced nothing but frustration since early this month and the tape ‘feels’ like just what we had to endure all last year – which was easy pickings for anyone on the long side. So, if you’re holding long term puts – prepare yourself for the potential of new highs – which is the very reason I loaded up on December and not June or July. Of course the March puts I got last Friday have been taking it up the rectum – looking very ugly – LOL 🙂 But that’s how it goes – you can’t win ’em all – don’t even try. What’s most important is that we keep a cool head and see the tape for what it is – not what we want it to be.

All that said – let’s see what happens on Monday. If there’s more follow through the P3 scenario might be on the chopping block for good (not technically but realistically). OR we might finally start following the Euro futures by dropping fast and hard – quite often things look darkest just before the dawn. That’s a bit philosophical, I admit, but there is a grain of truth in that as market makers seem to be very good at finding exactly that point at which you are willing to give up – and then to promptly reverse the tape the day after. Which of course doesn’t give you a license to be stupid as the most stubborn traders usually wind up losing.

I know where I’ll pull the cord and that mark is not here just yet – but I’m also not going to hold my puts into new annual highs – that’s for sure.

UPDATE 1:42pm EDT: This was just sent to me by a good friend – read it and then laugh at the bulltards chasing this tape 🙂