No Love For February 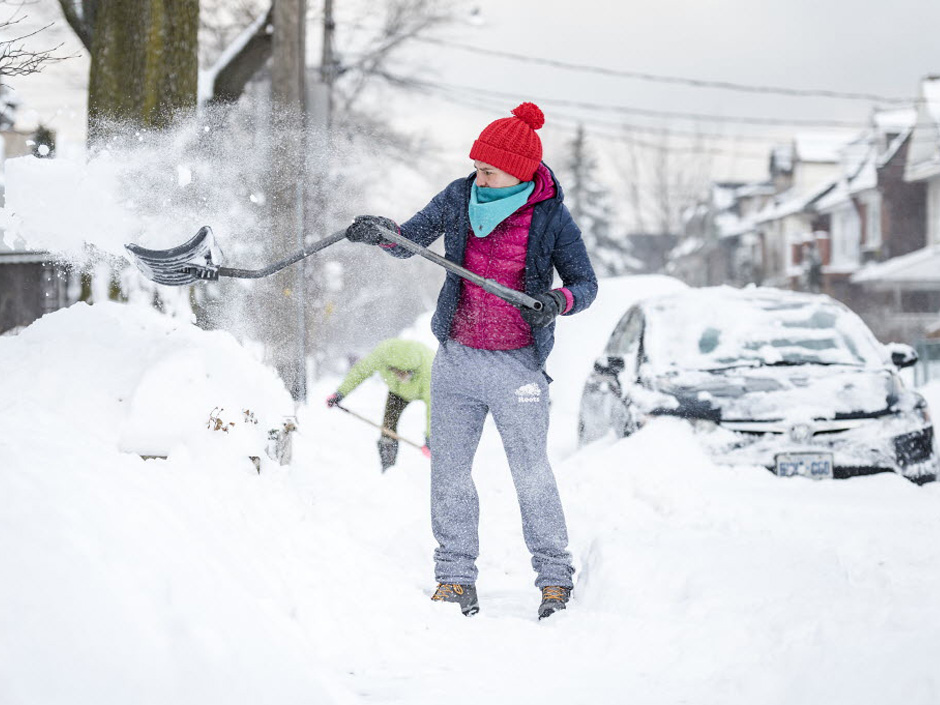 I think most of us can agree that February is the worst month of the year – by far. Proof of its sheer annoyance starts with its spelling, which even for a born German (we basically invented the R) turns quite into a tongue twister. I could go on about the gloomy weather and the crappy mood but let’s just agree that February is nothing but a buffer period stuck between months of celebrations (i.e. December and January) and months of joy and beauty at the onset of spring (i.e. March and April).

February’s only redeeming quality is that it only lasts 28 days – except every four years when it insists on tormenting us one day longer, which is exactly what we have scheduled for this year. Oh joy… 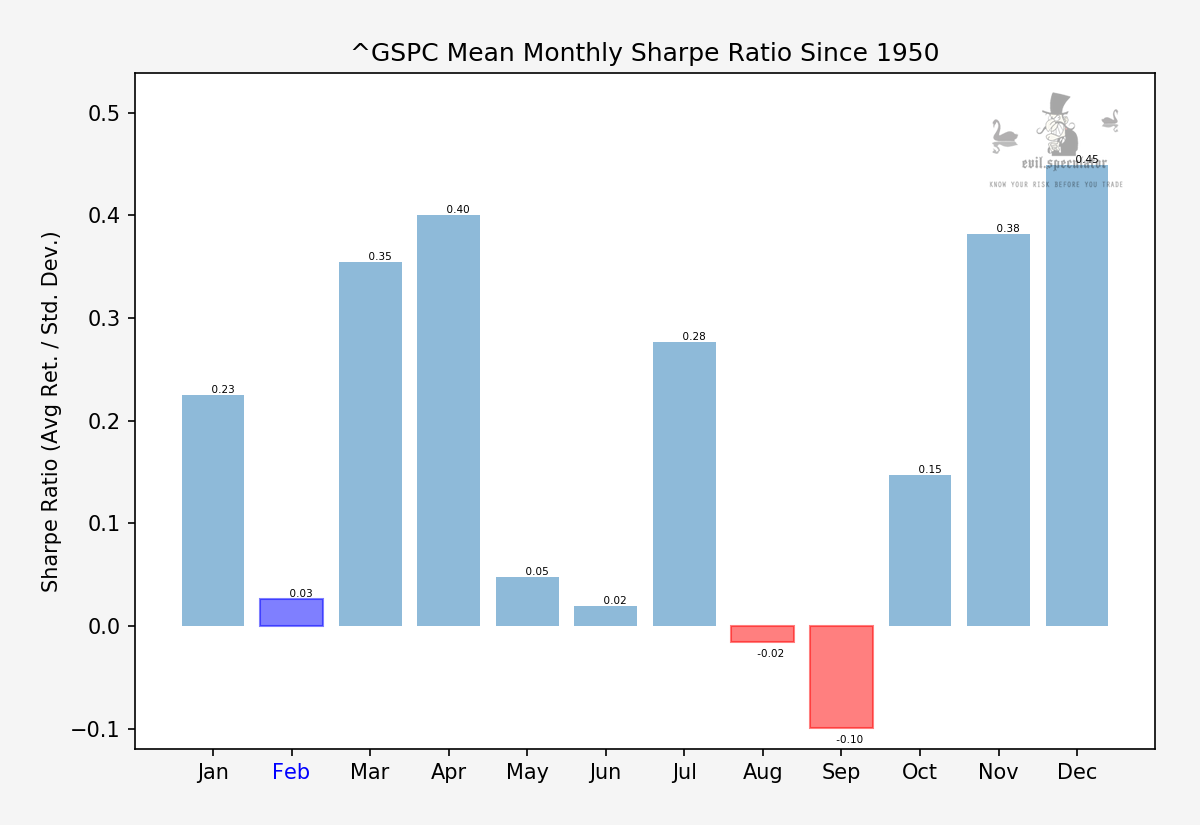 On the trading front February doesn’t offer much grounds for celebration either but at least it does beat August and September when it comes to its monthly Sharpe Ratio. 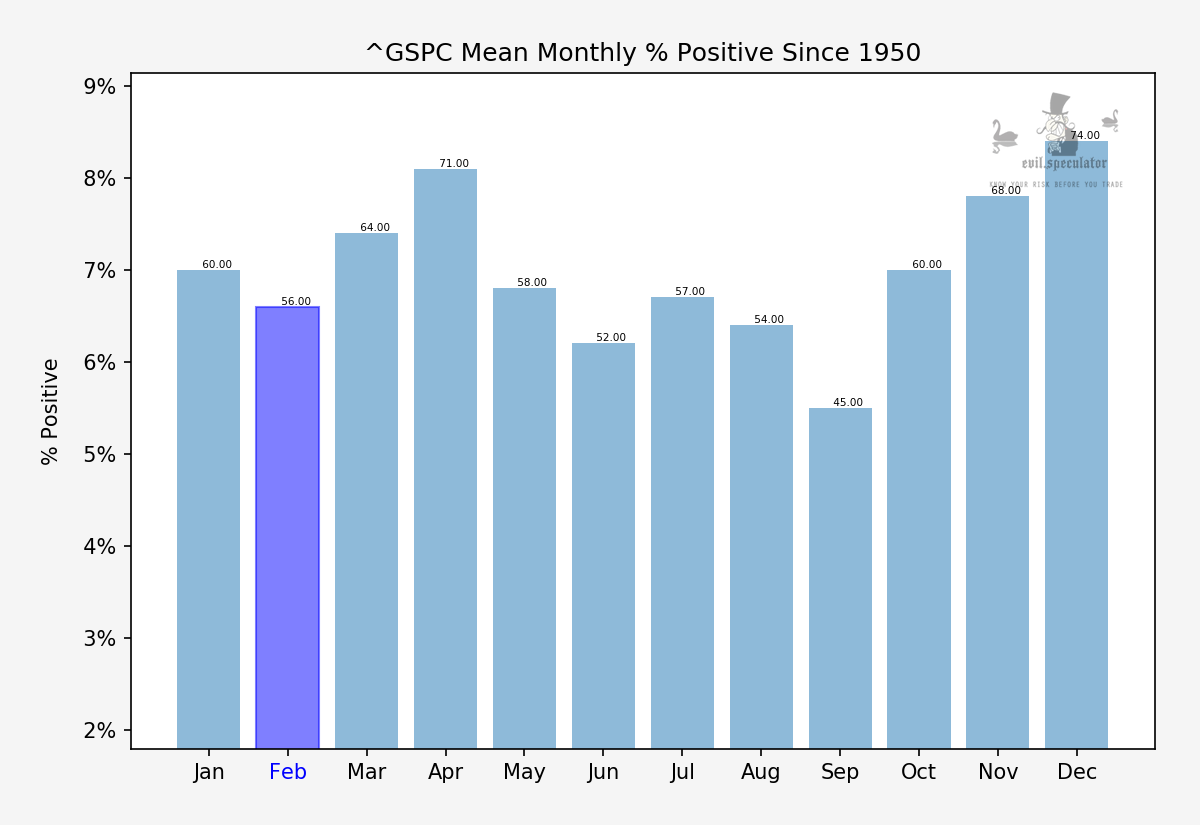 Monthly % positive stands slightly above coin toss level but actually that’s not bad considering that it’s only slightly below May or July and above June, August, and September.

February isn’t a bad month but it’s not good either – true to form it’s unable to pick a side, which is why everyone hates it. 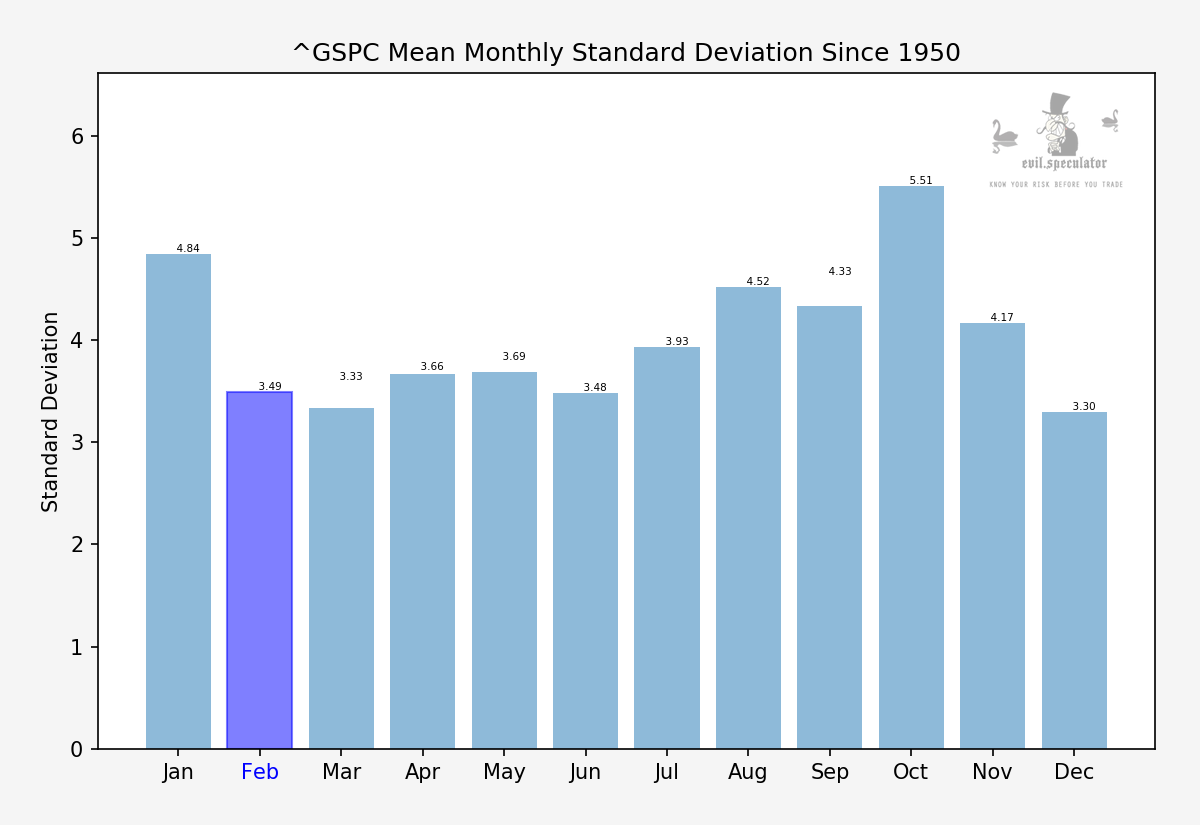 Standard deviation has us at ~3.5 which is pretty average on the whole. Once again no surprise there. 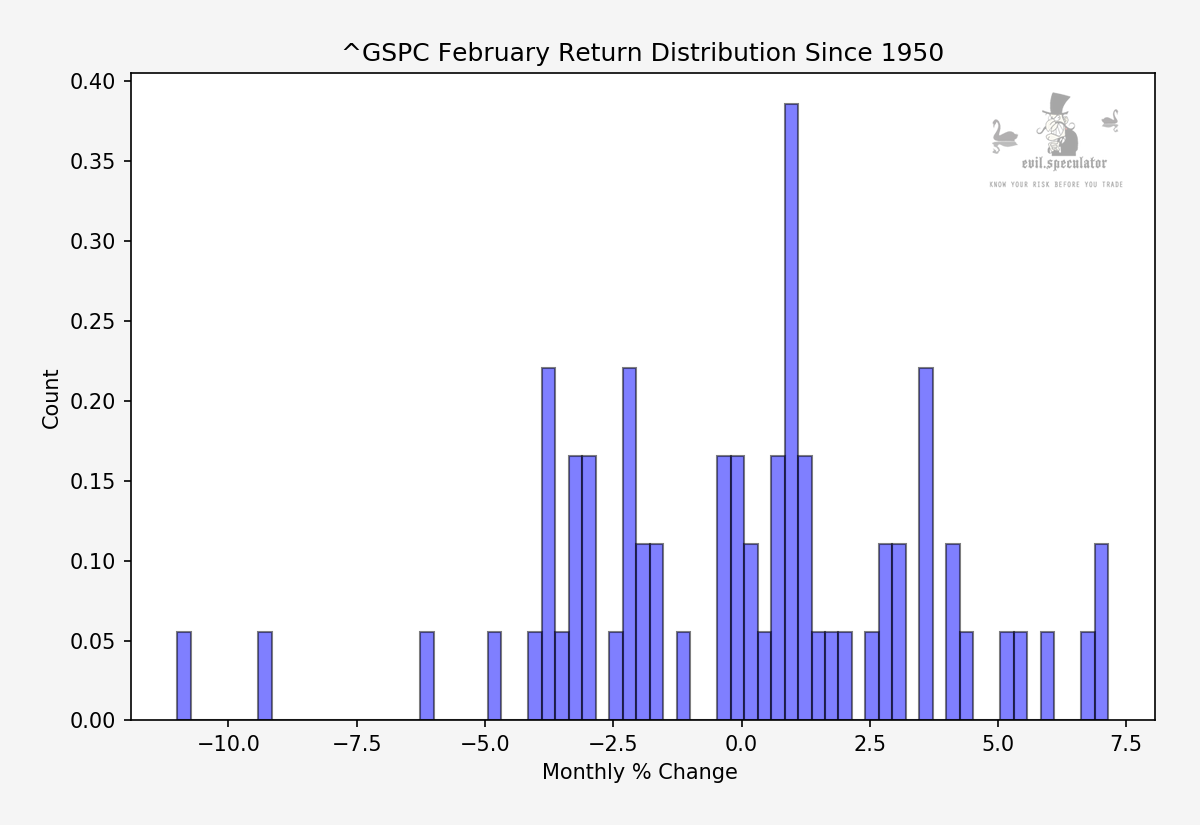 The histogram shows us quite a bit of accumulate near -/+ 2.5 but there are a few big outliers on the negative end. For more details join me below the fold: