(Not So) Boring Stats Thursday 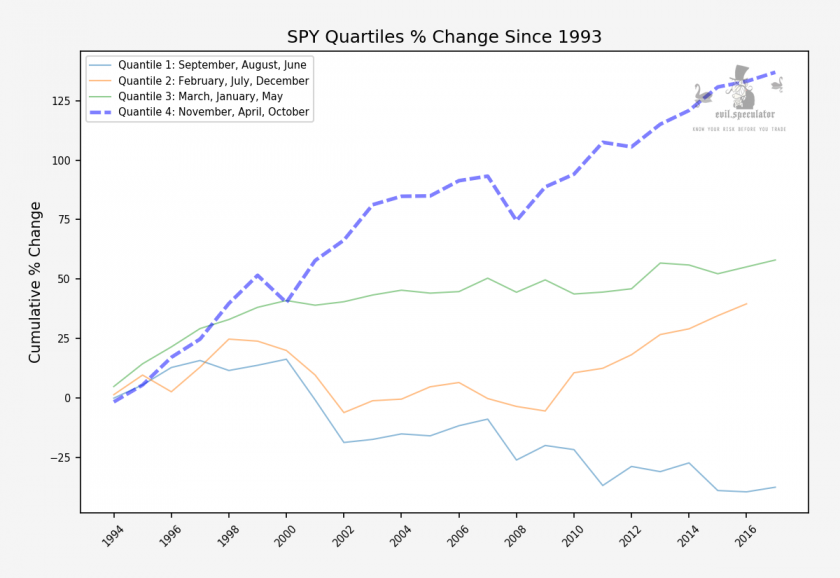 If you’re a bear then this is a tough quarter for you as both October and November represent two of the three strongest months of the entire year. I’m actually surprised December isn’t the third (as opposed to April??) but the numbers don’t lie. 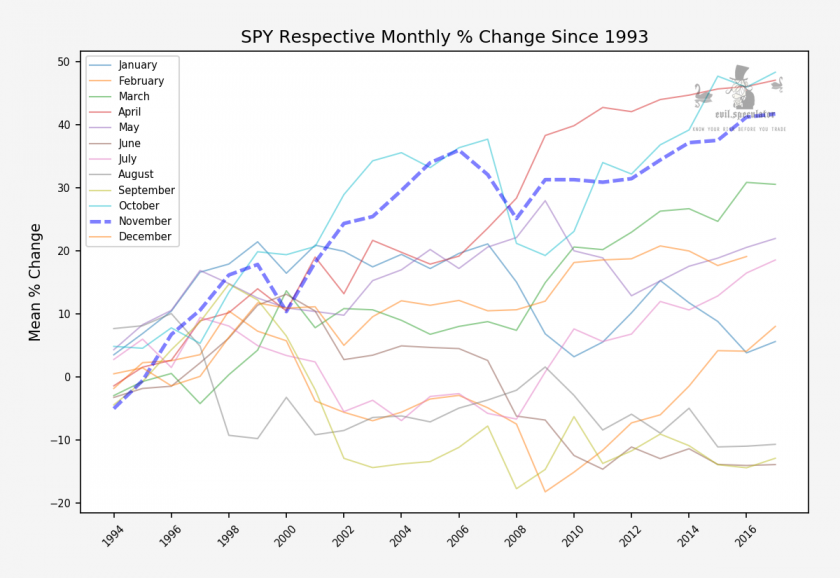 Here are the monthly stats with the current month highlighted for your convenience. It seems that December didn’t use to be an outstanding earnings month on average but that changed around  2006. As of right now it is the strongest month of the year, thanks of course of the famed Santa Rally. 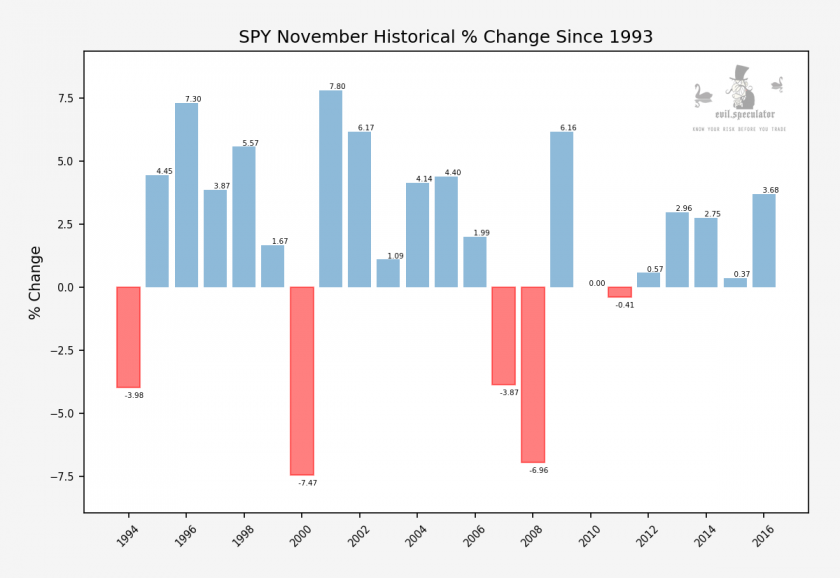 Here we’ve got some November stats since 1993 and yes there are a few bad outliers in the mix. So apparently when November turns ugly it does it with a bang. Also worth noting is that we seem to be flattening a bit in the past few years. 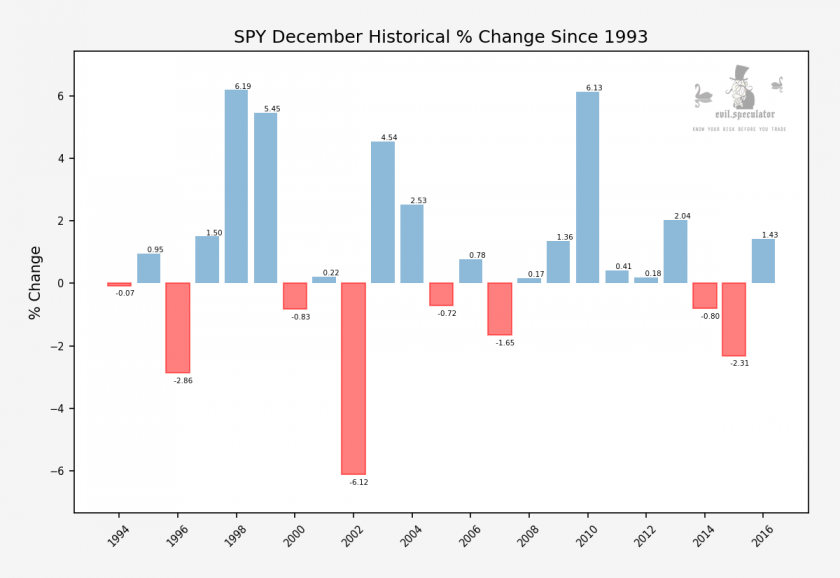 December is a mixed back and actually turned out to close negative in 2014 and 2015. And contrary to my own expectation it hasn’t been a huge earner in the past decade except for in 2010. 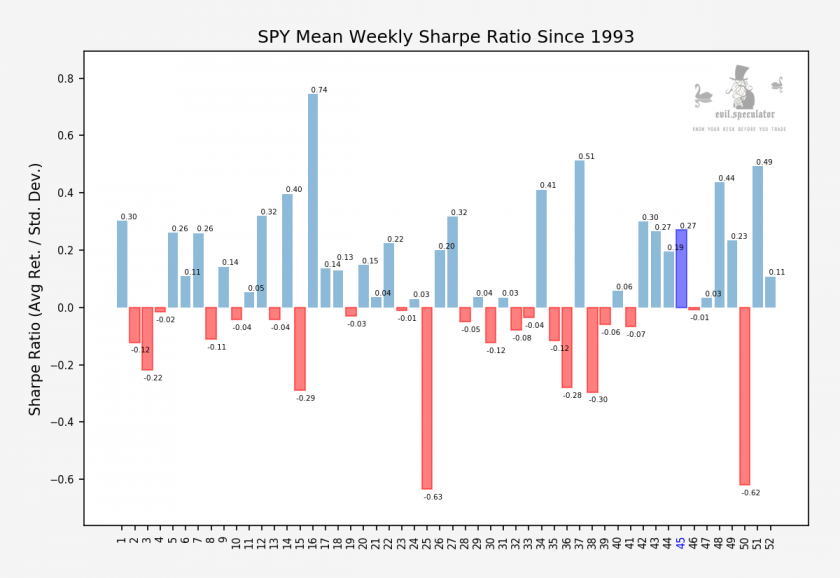 Weekly Sharpe ratio shows us fairly smooth cruising in the coming weeks except for around Christmas. So be sure to close out your books before the holidays as it’s actually the 2nd worst week of the year! So much for the Santa Rally, they should give it a different name. How about Hanukkah rally? Would line up perfectly as it ends December 20th this year. Whatever it should be called let’s see if it delivers this year. 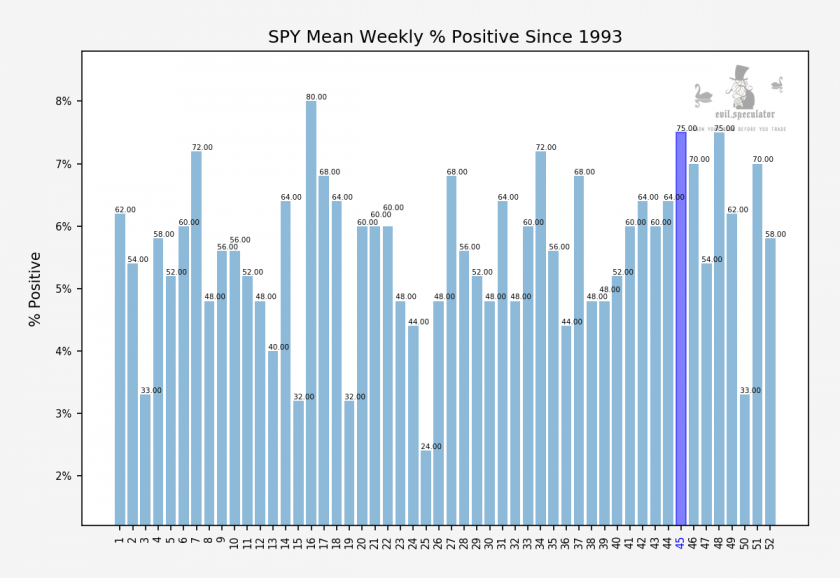 Finally we’ve got the percent positive stats and we actually are supposed to be in one of the highest probability weeks in terms of an positive close. However tell that the S&P which is currently dropping as I’m typing this. 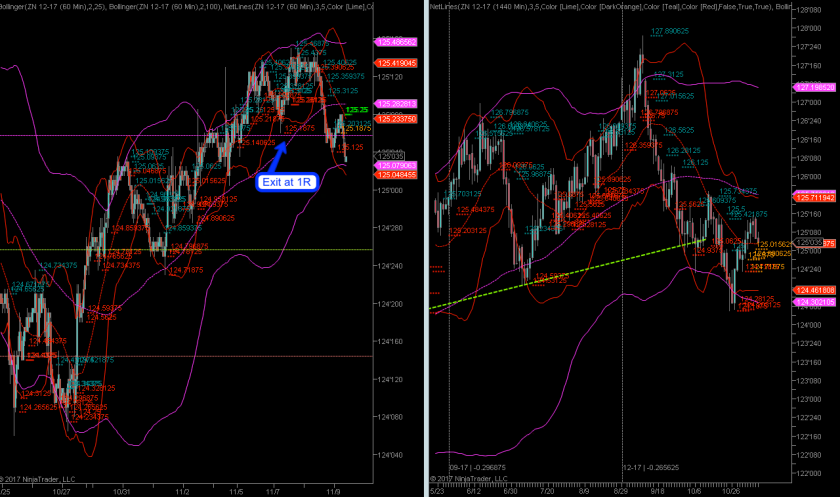 Our ZN campaign met its maker overnight at 1R. Never really got out of the gate but fortunately we at least managed to squeeze a few pennies out of it.

A few new setups below the fold for my intrepid subs: