Got to be honest – it’s been a brutal week for the Mole. As you may recall I ran into a major hiccup on the email alert front, which took me a bit by surprise as it had been working without major glitches for over four years. We suddenly ran into intermittent outages and it took me several days of blood and sweat to identify the culprit. Which in the end turned out to be the internal NinjaTrader mail function – for some reason it just kept stopping without as much as throwing an error. Instead of wasting time bitching at NinjaTrader support I sat down and wrote my own threaded SMTP mail module and it’s been running since yesterday evening – without any glitches so far (knock on wood).

Now as you can imagine the issue was pretty rough on my subs as well, but the majority of them wound up being super cool about it. And that says a lot their maturity and professionalism – I’ve got to say that I’m really proud of my crew. Problems do pop up every once in a while and as there’s money on the line when it comes to trading it usually hits you twice as hard when something goes wrong. Very easy to go ballistic and to point fingers. Or you can just relax and let the Mole take care of it – you know I got you covered. Sorry it took a few days longer than anticipated but it’s done.

On my end this also shows how obstacles are often the breeding ground for innovation and advancement. Out of pain and frustration often emerges something new you wouldn’t have discovered without going through the motions. This mishap for example led me to investigating more reliable and immediate messaging alternatives and while discussing it with Scott he pointed me toward Jabber/XMPP – a public domain and free instant messaging platform. Within a day I managed to set up an XMPP server on evilspeculator.com and it’s been running since without a hitch. This morning I tested some code that is sending simulated trade alerts to my iPad and my Android phone – I can even get them on my desktop as there are more clients for XMPP than you can shake a stick at. My favorite is IM+ which is available on iOs and Android – it lets you do skype as well, how cool is that? I think the subs are going to love this. Anyway, as the say back in the old Vaterland: Was dich nicht umbringt macht dich nur stärker (what doesn’t kill you makes you stronger). Problems are opportunities to better yourself – or as Trae Tha Truth puts it: Nothin’ 2 A Boss…. 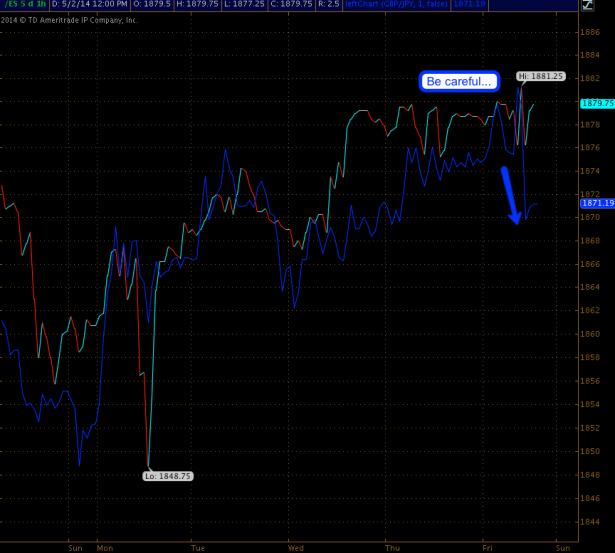 Alright on to business. Equities are now descending a bit – when I took this snapshot the spoos were still divergent against the GBP/JPY. Once again the latter proved to be prescient so keep an eye on this correlation. 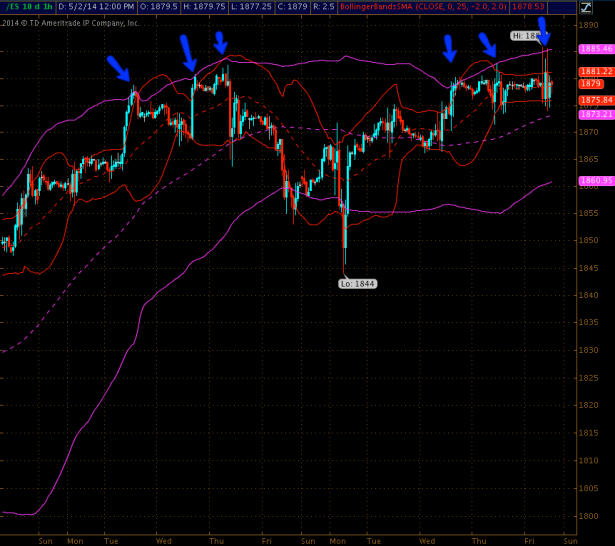 I don’t have much to offer on the daily or weekly charts – you know where I expect intermediate support if we drop lower. What’s interesting however is the hourly panel with my two Bollingers. It seems that we’ve been traversing the upper half for the past few days and as of right now we’re probably near the 100-hour SMA (as suggested this morning). If she goes then we’ll probably drop toward 1860 where we either scare the children once more or this turns into a real correction. But for now let’s see if the 100-hour holds by the EOD. 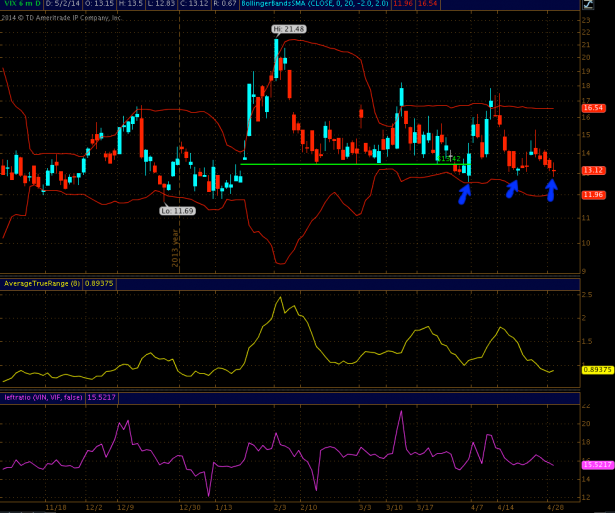 Volatility suggests that a shake out could easily happen again as we’re near the 13 mark again. That’s been the case several times before although that line I draw a few weeks ago is now probably a slightly falling diagonal. 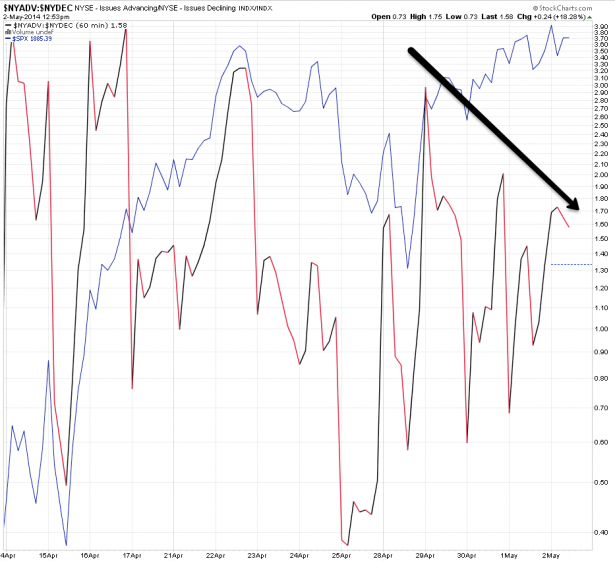 I didn’t see much in terms of divergences on the momo front – NYSE adv/decl ratio seems to be slightly falling. The Zero Lite is pretty flat today and I don’t sense any real concern, so for now we stick with price – let’s not over think this. 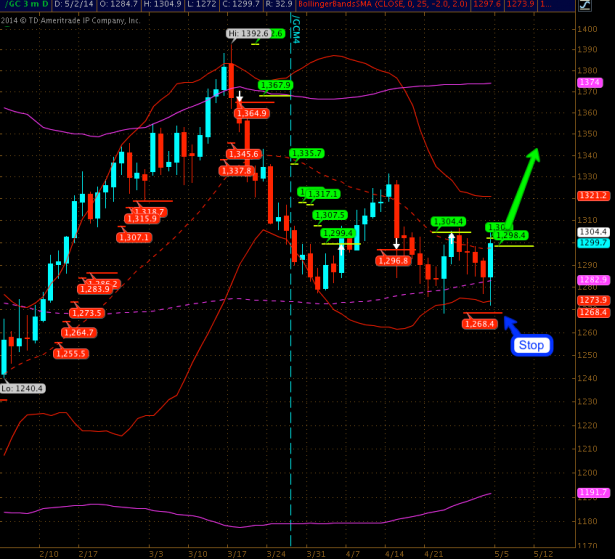 Gold is my only setup of the day – otherwise it’s looking thin out there today. Not that I mind very much – I’ve worked my butt off behind the scenes this week and won’t be taking on any positions to worry about over the weekend. Anyway, I think this NLBL could be a good long. That candle today is a bit extended but it does give us a good excuse to place our stop a healthy distance away. After pretending to fall off the plate a push higher here could catch a bunch of folks by surprise. 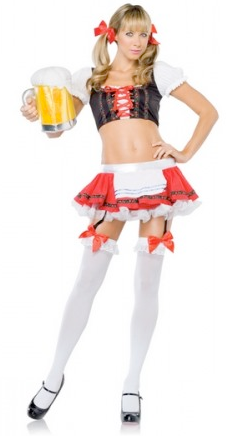 And that’s all for this week – now it’s Hefeweizen time for the Mole. Barring any further email problems I’ll be finishing the Jabber implementation this weekend. If you are a CrazyIvan sub then make sure you send me your Evil Speculator login (needs to be the same) plus a password of your choice to admin@ so that I can create a Jabber account for you – I will follow up with setup instructions later. You should see some test messages in the coming days. Actually I had some great ideas on how to use XMPP messaging for other (more ingenious) purposes but more about that another day. Thanks for visiting and I see you all next Monday morning – bright eyed and bushy tailed.