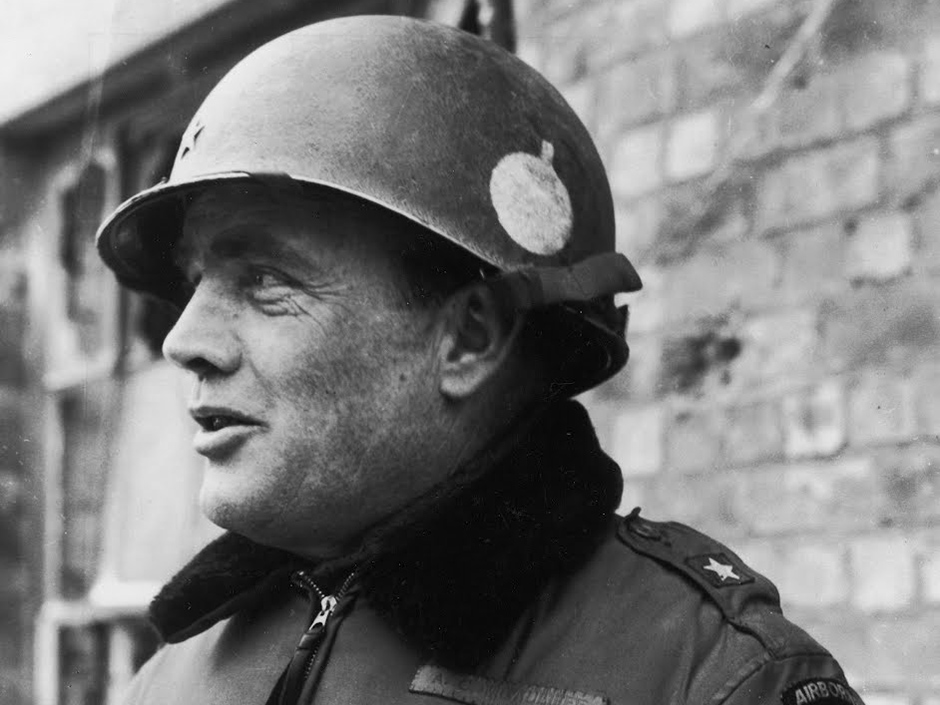 On December 22nd, 1944, while holed up in the Ardennes Forest American General McAuliffe was sent an ultimatum from his German counterpart outside of the town, demanding “the honorable surrender” of the town within two hours. General McAuliffe’s reply was brief and succinct: “To the German Commander: N U T S !” And the rest of the story of course is now history.

I’ve recently wondered if global markets may have fallen into the hands of a cadre of German WW2 generals, given the blatant and utter lack of appreciation for the bleak situation the world economy as a whole is increasingly facing.

While fires are flaring up in nearly every single nation across the globe it seems that blind faith in the PTB and central bank’s knack for defying the laws of monetary physics has lulled market participants into a strange stupor of complacency. 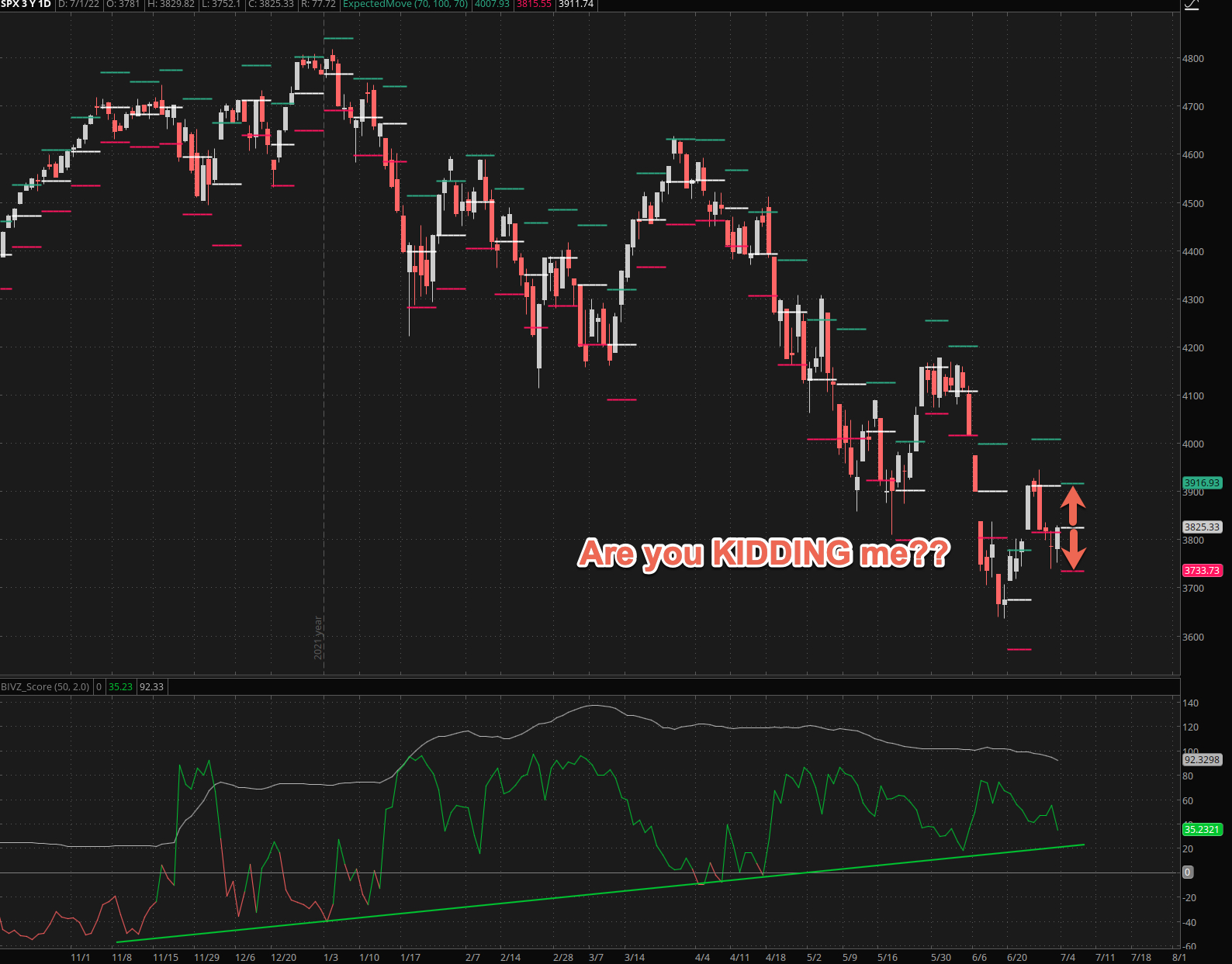 I otherwise have a hard time explaining how SPX options – and by extension options contracts across the entire U.S. financial market – continue to be handicapped with complete disregard of the deep downside potential that looms below.

Case in point, here is a quick glance at the SPX options chain as of last Friday which showed us a weekly EM of 94 handles. At the danger of sounding pedantic but has anyone noticed that the SPX has been breaching the EM range almost every single week since the beginning of the year? 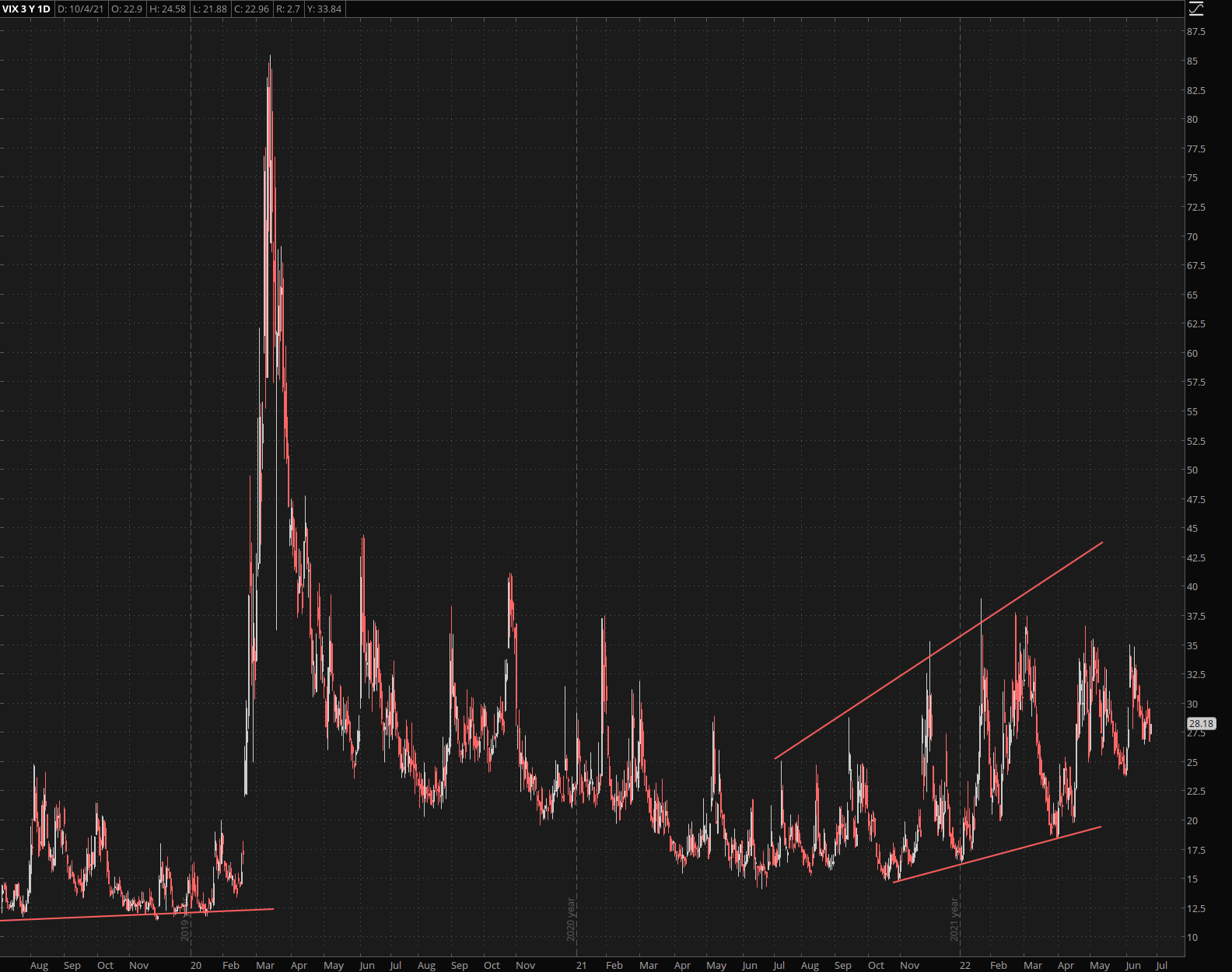 Over the past month we’ve had four 2-sigma moves which portent mucho problems lurking over the horizon. Nevertheless options are being priced as is if it’s 2019 and the sky’s a limit with little care in the world. 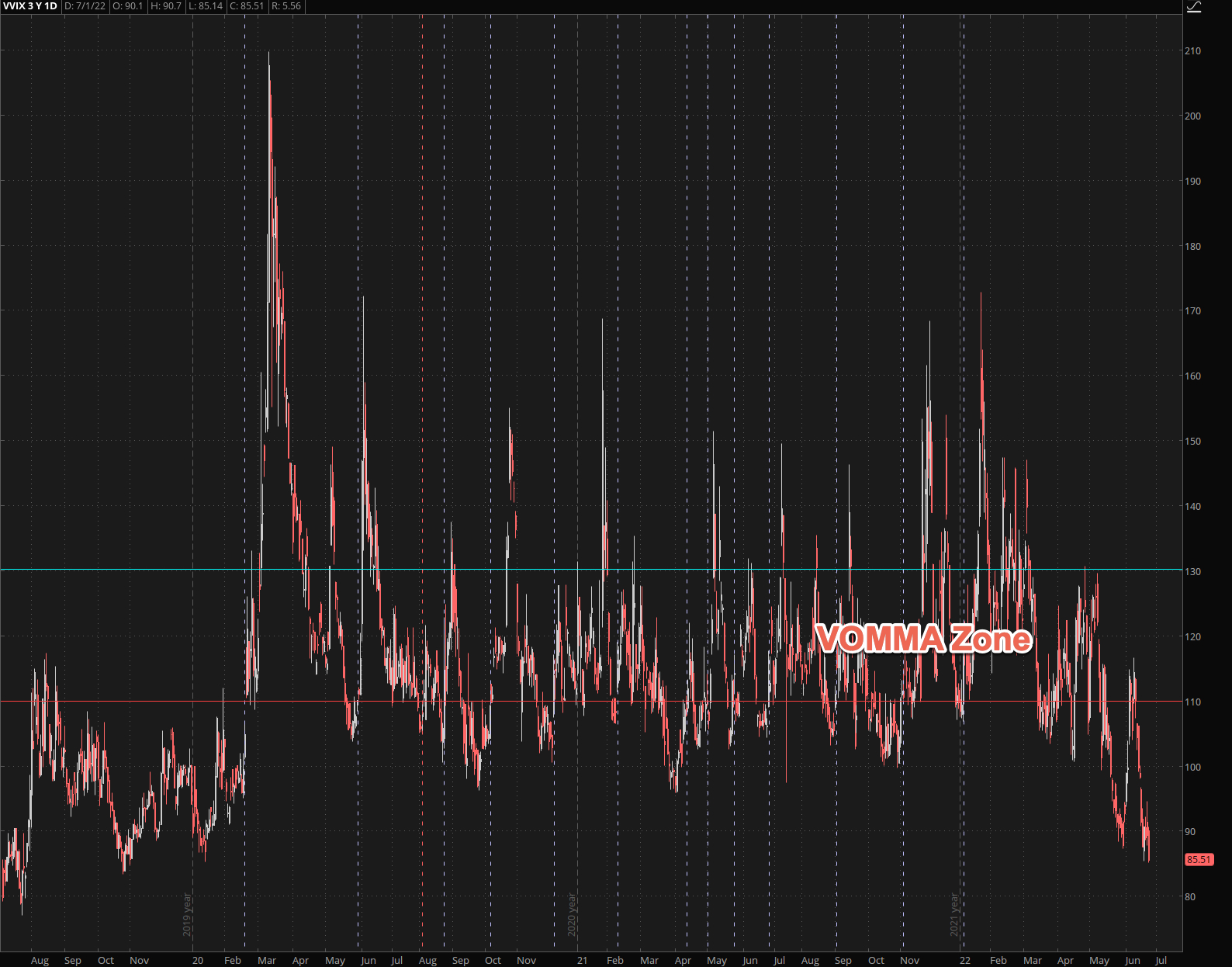 VVIX is scraping the bottom of the barrel. Which means nobody is hedging in the VIX. But then where are traders hedging?

Nobody knows and perhaps it’s even worse – nobody cares anymore and the trading strategy du jour has now devolved into a ‘wing and a prayer’.