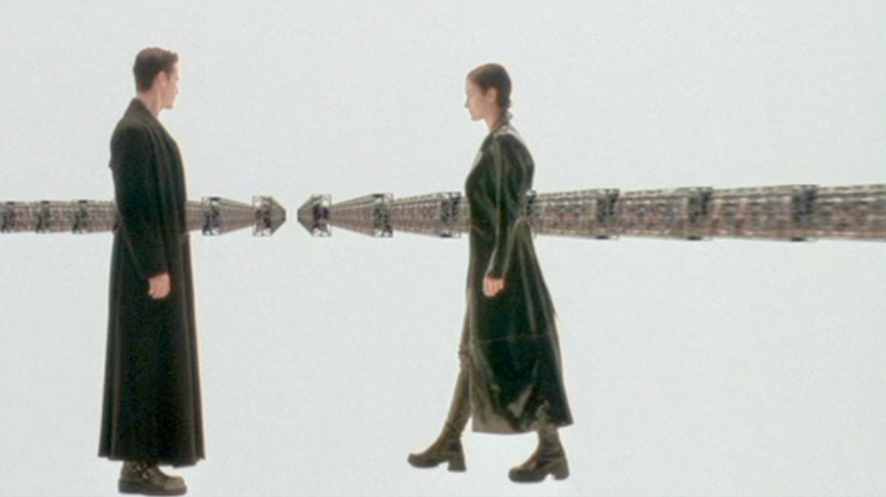 It’s not for a lack of trying but I’ve got zilch today on the setup front. So we’ll have to make due with nursing some of our ongoing campaigns. The E-Mini didn’t grant us an entry yesterday but some of the subs and yours truly actually grabbed a long position on the Russell futures. 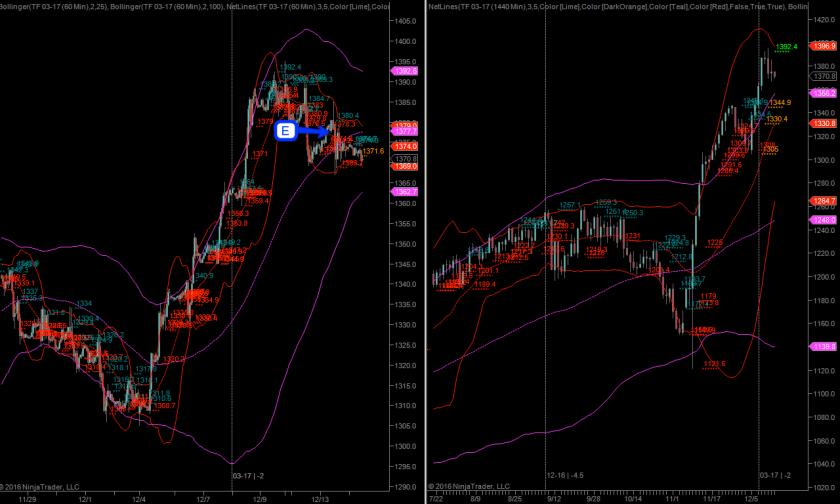 Which unfortunately hasn’t gone anywhere up to this point and that’s a problem because of the event risk we’ll be facing later today:

Yes, it’s that time of the month again – the FOMC interest rate decision is upon us, which pretty much hoses our entire session. Which is why I’ve decided to exit the TF long position about 30 minutes ahead of the announcement. If you’re anticipating more downside in the coming ours then feel free to pull it now of course. 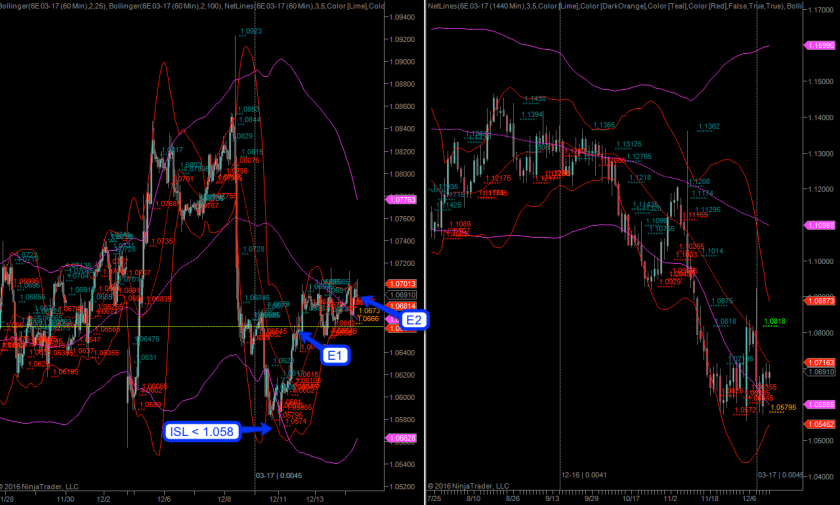 EUR Futures – I’m already long here and I would consider a second one IF (and only IF) we’re not seeing too large of a swing here later this afternoon post announcement. 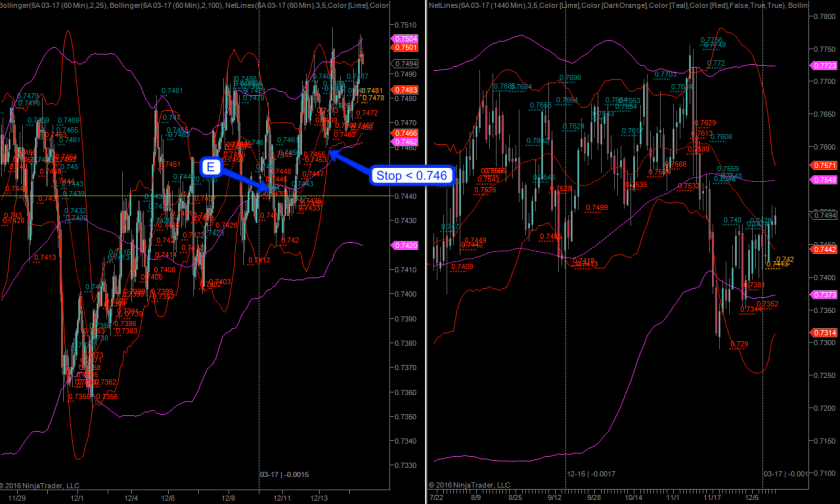 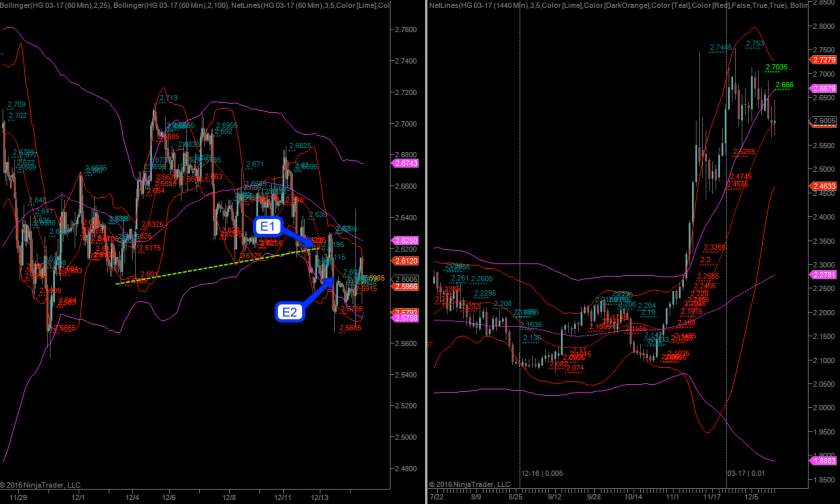 We tried an entry on copper not just once but twice and to no avail. This chart was flowing beautifully for months but has turned into Dr. Seuss’ worst nightmare since the roll-over. I think copper is off my setups list until things start moving more orderly here. Way too many overlapping long wicks and that means it may be heading into an extended sideways churn period.

Let’s Not Push Our LUck

We’ve had a very profitable Christmas season thus far but the take away message today apparently is not to push our luck, especially ahead of the FOMC announcement. I’ll catch you all later this afternoon once all the craziness settles down a little.