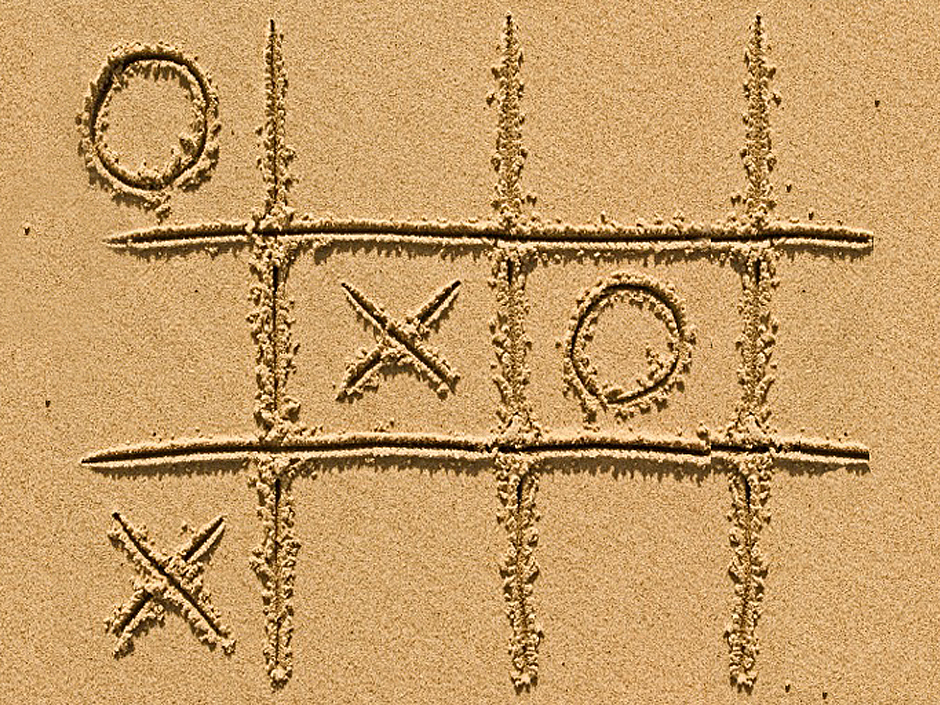 The last full trading week of 2019 slowly draws to a close and, with the holidays looming, people take stock and ponder the year that now lies behind them. To be honest it’s been a pretty rough patch for me personally as one health issue seemed to be chasing the next. And let’s not even talk about the political and social slow motion train wreck that’s been unfolding on both sides of the Atlantic.

I for one won’t be shedding a tear when 2019 and its endless circle-jerk drama finally recedes into distant memory. Not that there are any indications that 2020 will be much different, especially with the presidential elections ramping up in the U.S. It’s going to be doggy-dog scorched-earth no quarter given all the way into next November.

But I’m proud to say that despite all the noise and turbulences we once again prevailed as our digital den of market domination still lives and breathes over 11 years since its inception. Time surely flies when you’re having fun! 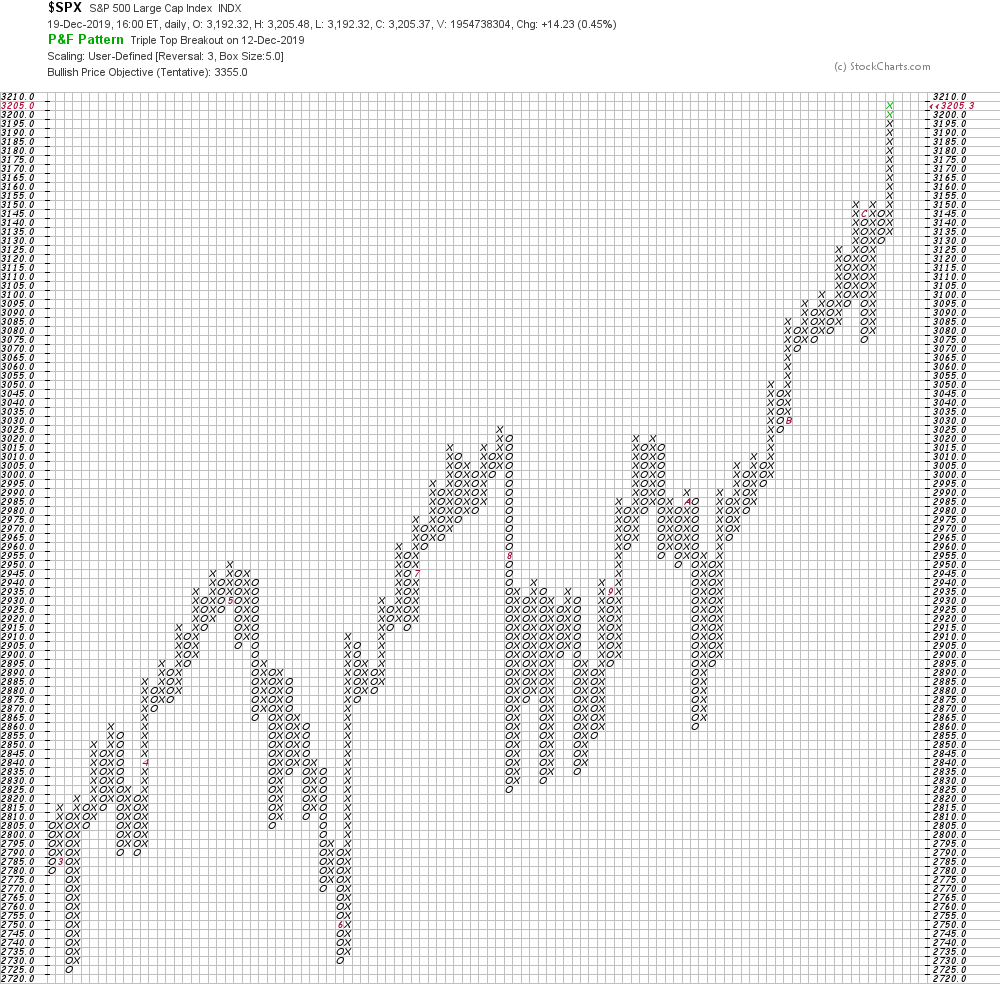 Anyway with equities ramping into the technical stratosphere where technical analysis goes to die I thought I’d mix things up a bit and post some of my latest Point & Figure chart. It’s a remnant of long term market analysis that I still attribute much credence to as it dispenses with the time element and purely focus on price.

The current advance looks pretty extended and I was surprised to see a bullish price objective of SPX 3355. Of course that could be by NYE or it could be next June – time means nothing to P&F charts. 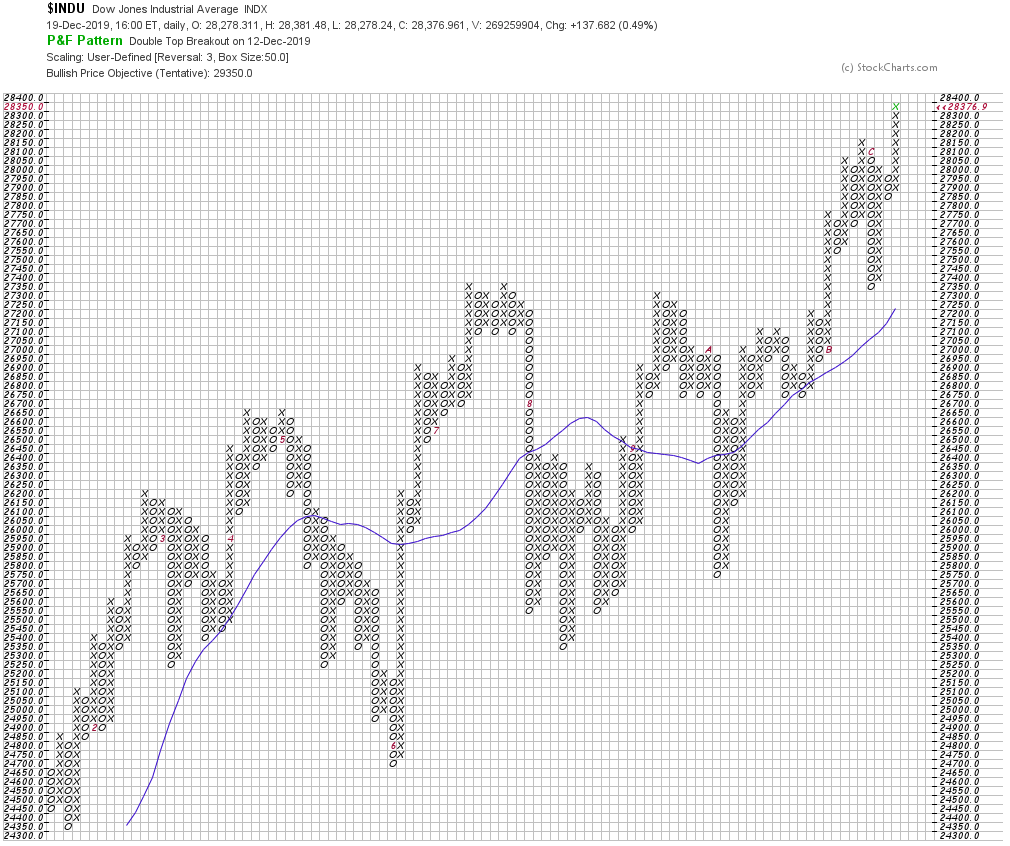 Here’s the Dow Jones which clearly has been trailing the SPX and shows us a bullish PO of 29,350. 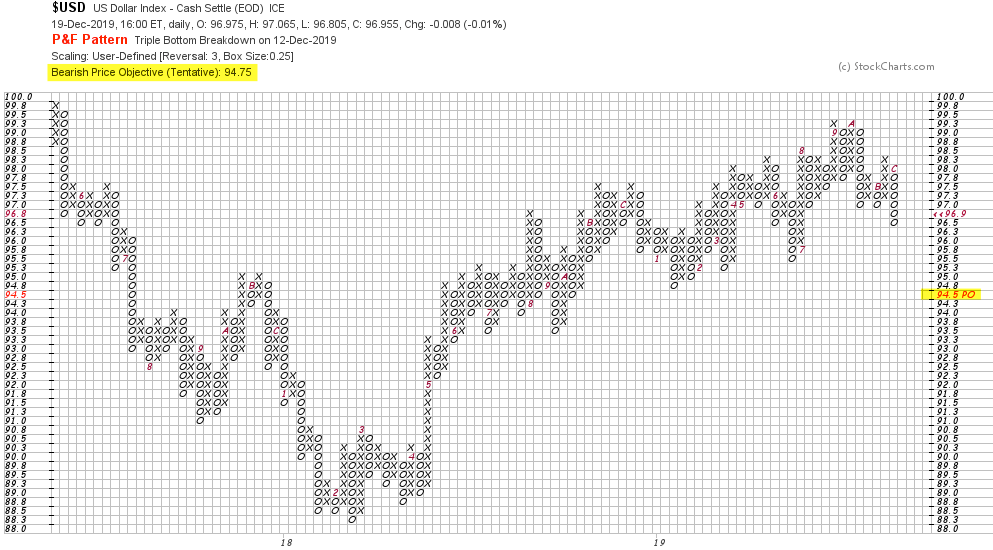 The Dollar’s P&F looks a lot flatter which speaks to the arduous journey it has been taking over the past year. The current course has us on a bearish PO of 94.5. Suffice to say that I am not pleased…

Fortunately the Euro-zone is in an even deeper hole than the U.S. courtesy of the ECB’s shenanigans over the past decade. The current bearish PO of 101.5 however strikes me as mild given that BREXIT is pretty much baked in at this point.

I probably should once again remind myself that trading common sense economics is an express elevator to financial ruin. 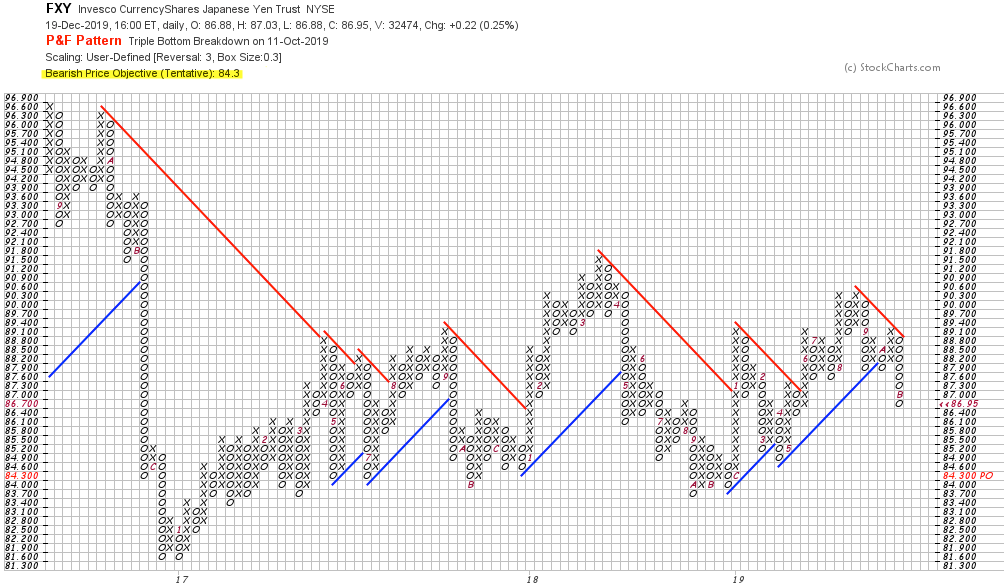 Another bearish PO – this time in the YEN, which is pointing at 84.3. With all those major currencies dropping we may begin to understand why equities are on such a rampage. After all, what are equities denominated in again? 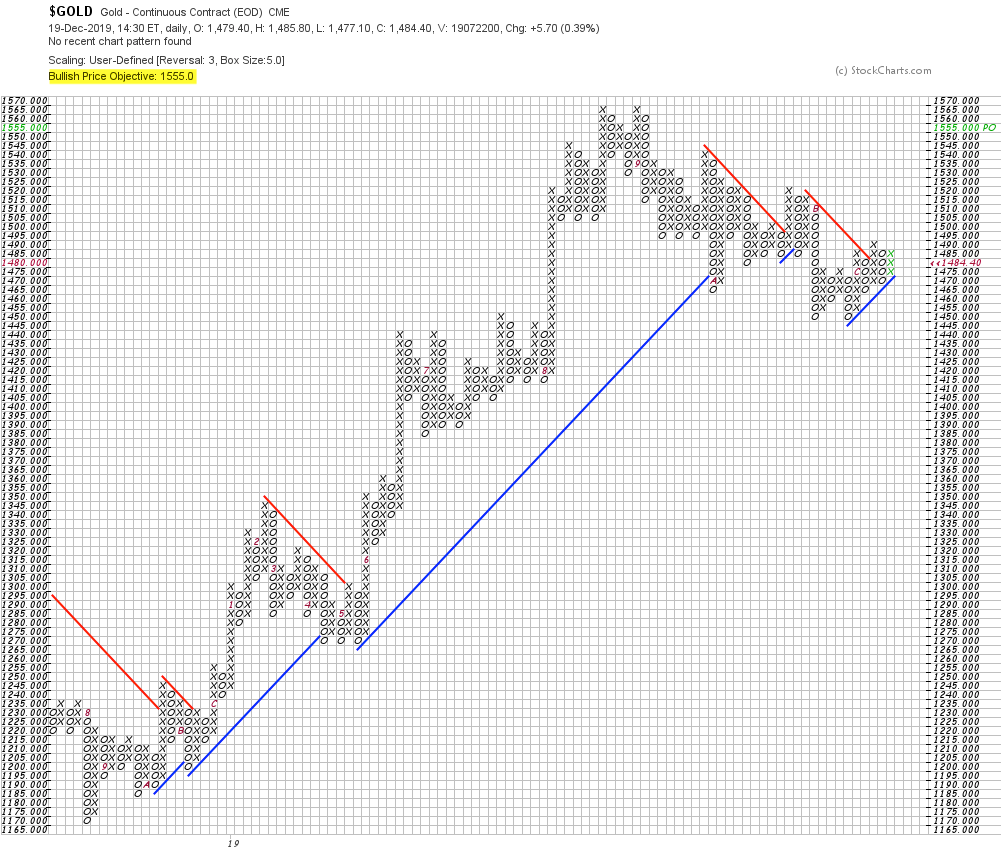 UPDATE 3:26pm EST: I just got a tweet saying that I posted crude twice instead of gold. Looks like someone needs a vacation!

Anyway, GOLD is at a really interesting stage right now and I’m pretty jazzed about that long entry we took last week. With a bit of luck it’ll get us to the bullish PO of 1555. 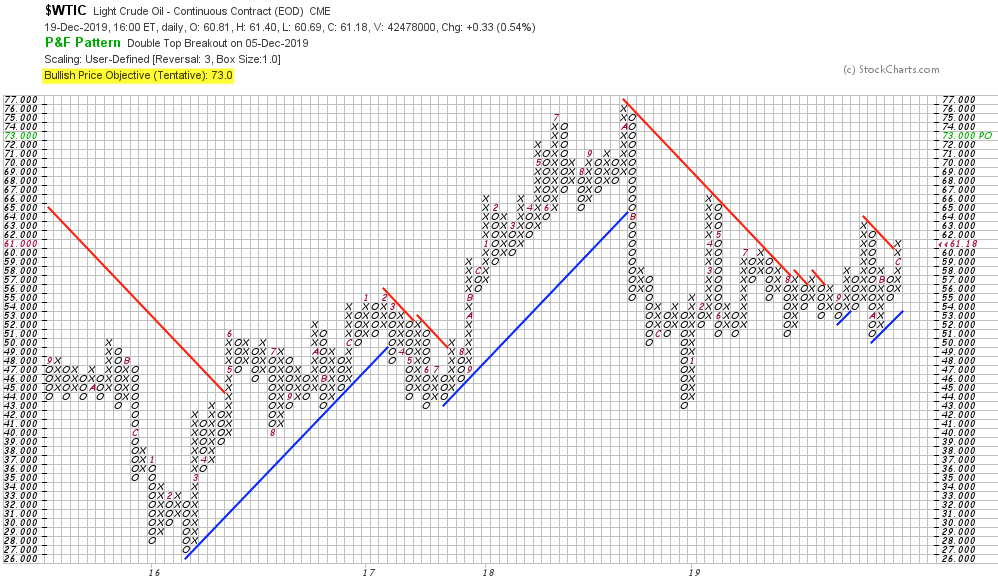 Talking about a rough ride in 2019 – crude has been bounding all over the place all year but is now making a run for a new bullish PO of 73 after locking in a double top breakout.

Finally here’s Dr. Copper – it’s been sideways all year as well – actually it’s been sideways for over the past 18 months. However the current run higher is starting to look serious, so I wouldn’t rule out a run into at least 2.95 or even 3.0.