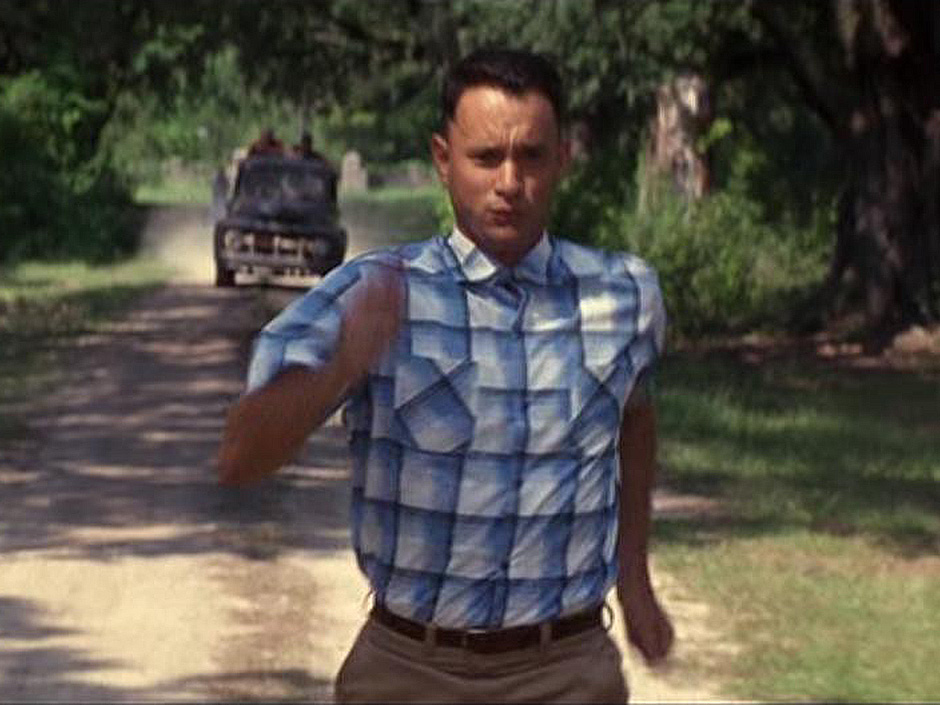 It’s official folks, we got ourselves a runner here. Which courtesy of a uncharacteristically close ISL, mostly due to a high contrast inflection zone, is helping us to maximize potential returns. Which are starting to roll in steadily now and has the side effect of widening an already obnoxious smile my poor wife keeps complaining about. 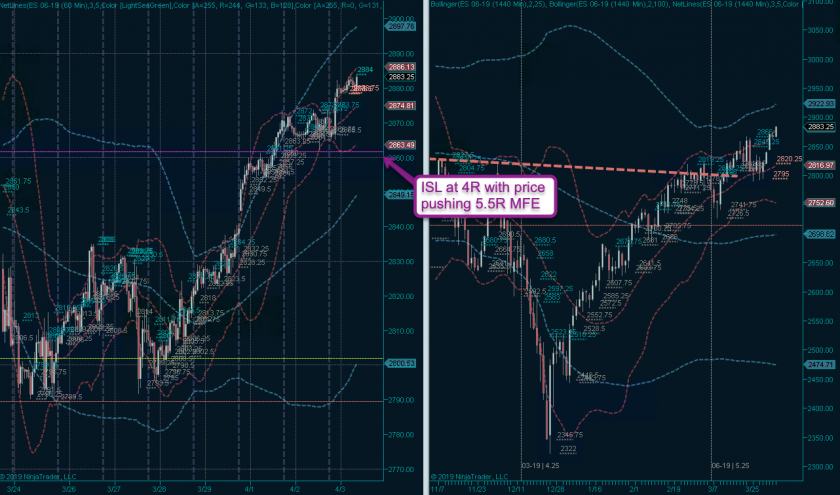 And here she is in all her glory. I’m currently counting roughly 4R in profits per my trailing stop with 5.5R MFE and possibly more if this squeeze decides to pick up steam and challenge the all-time-highs at ES 2945.5.

Nothing else to do here – at least for me. One core tenet of system trading is let your winners run, which fortunately is not a cognitive bias I ever had to battle with.

I should however point out that, unless you are a trend trading, taking partial profits after 4R+ is considered a wise practice. Of course as a more experienced trader you have the option to break those rules if you feel it’s appropriate. I believe this run has more meat in it so I decided to trace it loosely at a 1R+ distance. 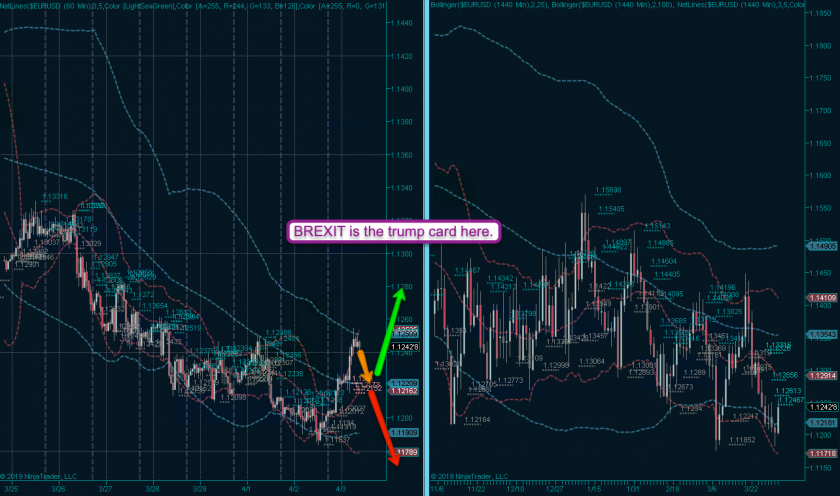 Over the past few months I have mostly been shying away from both Euro or Cable related entries as the BREXIT mess has rendered particularly the latter almost untradable.

With the EUR I decide on a case by case basis – the odds really have to be strongly in my favor with no major BREXIT related decisions/news in sight. Which makes this one a toughie as a run higher seems almost procedural at this point.

I may throw a very small position in the ring if the EUR/USD drops back to its 100-hour SMA and stabilizes there. A drop through the current spike low at 1.11837 will most likely be news generated and descend much lower very quickly. Catch me if you can I guess… perhaps we’re lucky enough to get a retest but it’s unlikely.