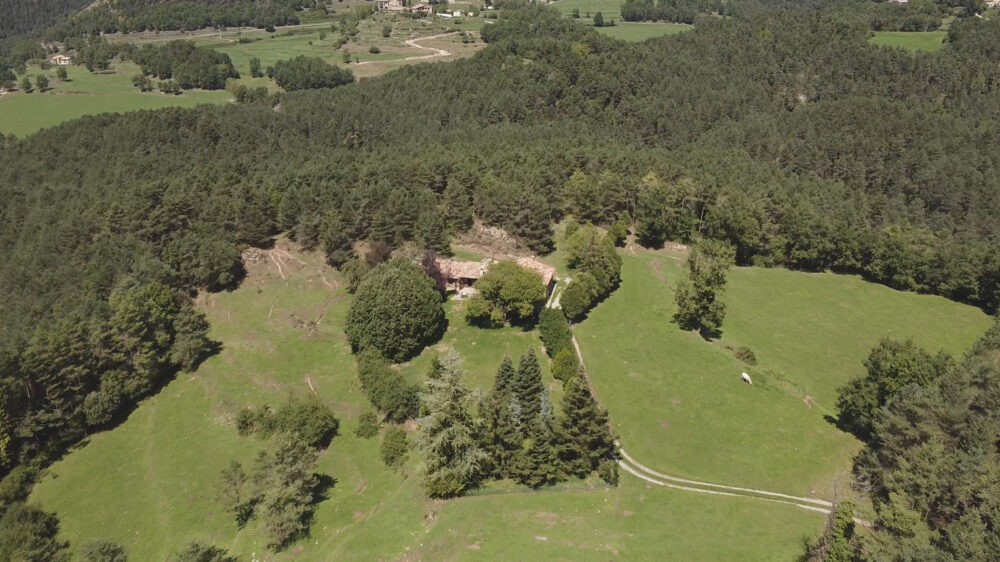 I hate moving just as much as the next guy, but what I despise the most is having to move during a critical or turbulent time in the market. Worse yet, the older you get the more crap you end up accumulating, 99% of which you probably don’t even need.

Which can be a blessing in disguise as it’s an opportunity to dump all the old junk you can easily live without.

We’ve actually moved two times in the last year already, and hopefully this will be the last time for the next few years as we finally found a hidden-away slice of paradise that’s ideal for weathering out the social and economic madness that looms ahead.

Located up in the Spanish Pyrenees it got its own spring (access to fresh water is key on the Peninsula) and plenty of fertile land to plant enough food to sustain us should things break down completely.

Plus the entire region is populated by farmers, so access to affordable quality food will be guaranteed.

Next on my shopping list: A 5000W+ Honda generator and a beefy UPS to bridge the rolling blackouts I expect this winter. I’m open to suggestions if you have any pertinent experiences by the way.

Now before I pack up my office here are two charts for the road: 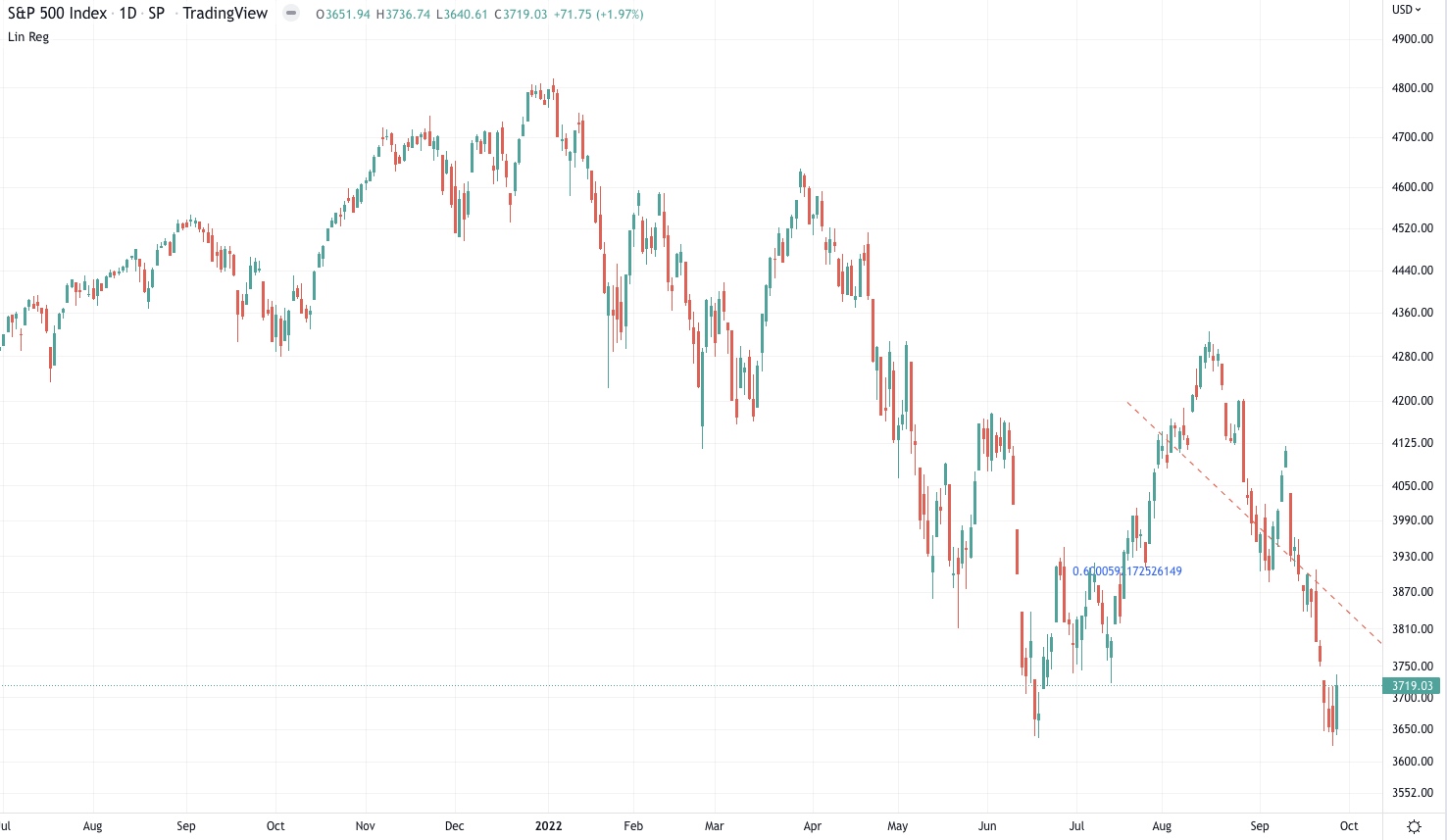 Remember yesterday when I suggested that a bounce in equities was nigh?

Once you’ve been around the block a few times (i.e. two decades, cough cough) you develop a keen sense for when snapbacks are bound to occur after heavy selling is looking for a BTDF release valve.

Which is exactly what makes bear markets so difficult to endure for most people.

They look at a chart and think ‘oh boy, I wish I had shortened that big sell off. I would have made a fortune!’

But in reality they would have had their a$$es handed to them. The big bear takes no prisoners and counter rips are notorious for wiping out inflated premiums on put positions. 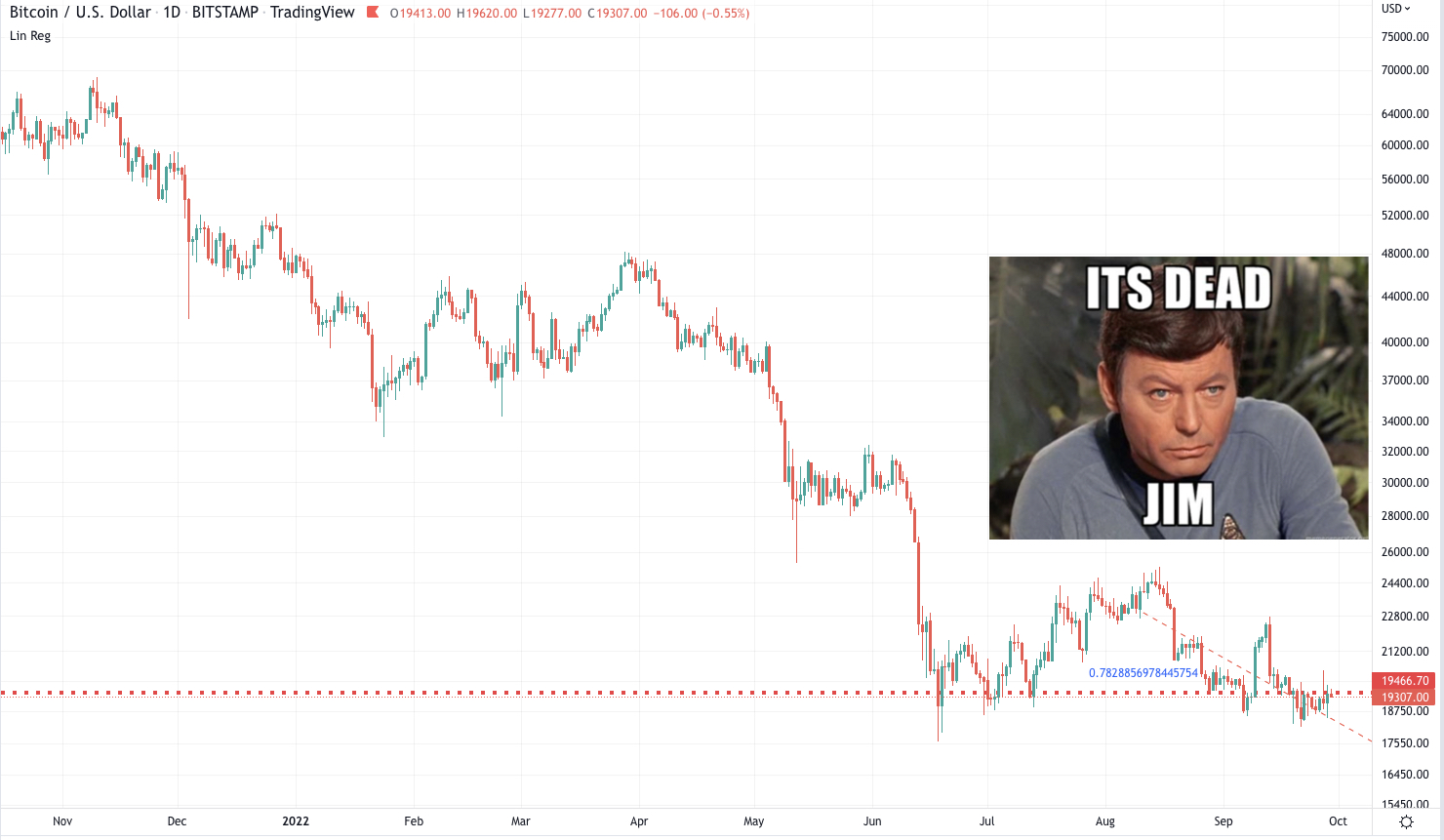 Bitcorn on the other hand is once again lagging equities on the way up, and in general seems to have completely given up.

The fact that crypto in general continues to lead down and lag on the way up spells trouble for when the final shoe finally descends on the stock market.

Of course eventually, a few months down the line and after much blood and tears, both stocks and crypto will finally have found a final floor.

But not just yet, so keep your powder dry for now. I’ll tell you when the time is right.

In the meantime do what I do, and just trade the swings.

Our Crypto Salary System now stands at 21R and the P&L has remained rock steady through the most volatile tape of the past decade.

On Tuesday the market was effectively crashing while the webinar was on so I got to demonstrate how the rules of the system keep us out of trouble on these terrible days.

Pretty satisfying to have everyone else losing money but us to be honest.

Anyway, if you missed it, the recording is HERE

And if you’d like to join us in the upcoming intake, I’d be thrilled to be in your corner and help you build out a successful side hustle income.