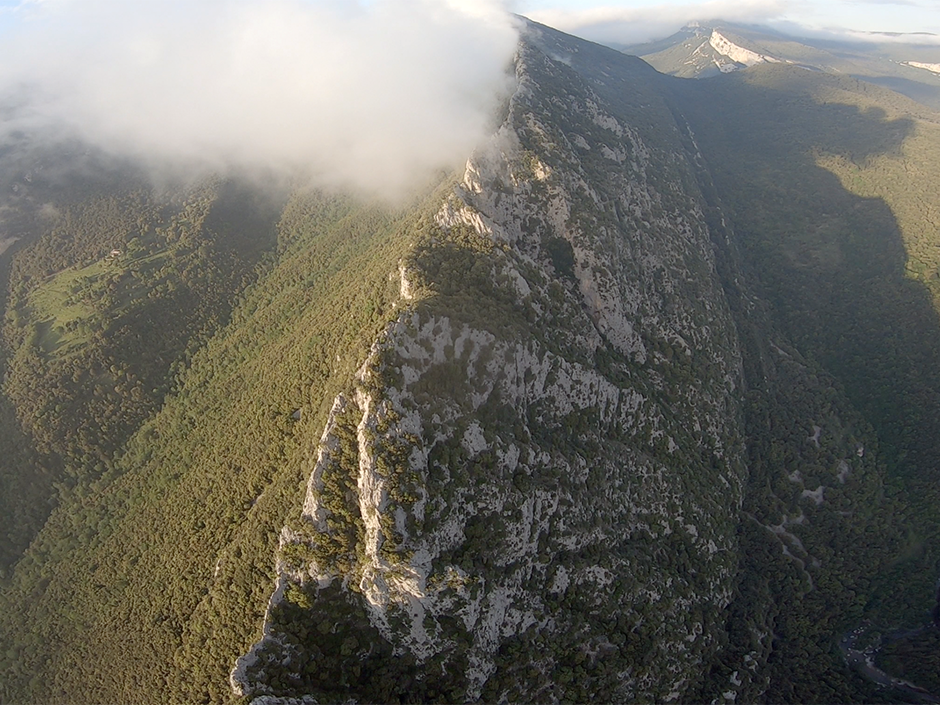 Miss me yet? For once my timing with going on vacation was spot on as the marketplace shifted into park and has done absolutely nothing since I left Valencia. Which for the record is exactly how it should be. On my end it’s been an eventful but mostly relaxing time in my little alpine paradise in the North East of Spain. 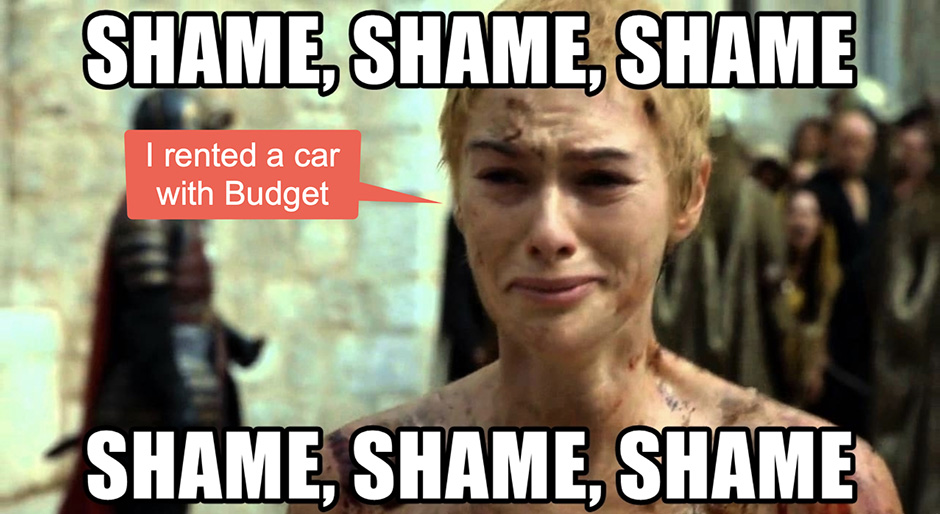 The exception being past Friday when Mrs. Mole caught a flat tire after hitting a sharp rock on a trip to one of our nearby hiking excursions.

Which resulted in a 12 hour ordeal getting sent on a wild treasure hunt for a new vehicle courtesy of what passes for Budget’s roadside assistance here in Spain.

Little did we know that spare tires isn’t something the Budget executive team has ever heard of. Instead they give you a fancy electric tire pump and a can of space age foam.

But then mysteriously leave out the bridge that lets you connect the foam bottle to the air compressor. I actually tried to squeeze the foam in by hand, and was glad there were no witnesses nearby to turn me into an instant Youtube sensation.

So instead of just swapping out a tire, which I can easily do in 5 minutes flat, we had to watch our car get towed away and then spent several hours fearing for our lives in the back of a make shift taxi being operated by a suicidal Romanian driver.

Budget road assistance had assured us that a new car was waiting for us in Girona, about 100km away from where we broke down. Only to be told on arrival that they had no cars in stock until Monday and that we have to venture on all the way to Barcelona.

Which was another 100km away, and just to make things more interesting, on a Friday afternoon. And that’s exactly what we ended up doing as the only other option would have been to pitch a tent in front of Budget’s idyllic airport office until Monday.

To make a long story short – it took us another four hours until we actually were in possession of a new car. An Opel Corsa no less, which is quite a bit smaller as they didn’t have anything in the class we had originally rented.

Plus the reverse gear only works if I quote a magic incantation from the book of the dead and then use both hands to pull the stick to the very left (no, there is no button to push).

Fun times! This is when  we decided to tack on three more days to our vacation in order to recover from Budget’s premium car rental experience.

So let’s talk markets: Since I’m still sitting behind a 56kBaud modem until Wednesday I spent a good portion of my Sunday pulling charts out of ThinkOrSwim and uploading them at glacier speed to WordPress.

Which gave me a lot extra time to look at them. The first thing that sprung out to me was the fact that the SPX has spent an awful amount of time inside its weekly expected move.

The chart above shows you the times when it didn’t even get close to either weekly threshold (either up or down).

This is highly unusual based on the stats I collected over the past few years, especially in the context of the elevated SKEW we have been observing consistently in recent times (see my previous post for details).

The next thing that stands out to me is the VVIX which is gradually tapering down but at the same time continues to trigger the VOMMA threshold (at 110) with increasing frequency.

In case you don’t recall, that threshold usually is a harbinger of evil forces to be unleashed Army of Darkness style. Clearly however, all we continue to see are small corrections and they are getting smaller. 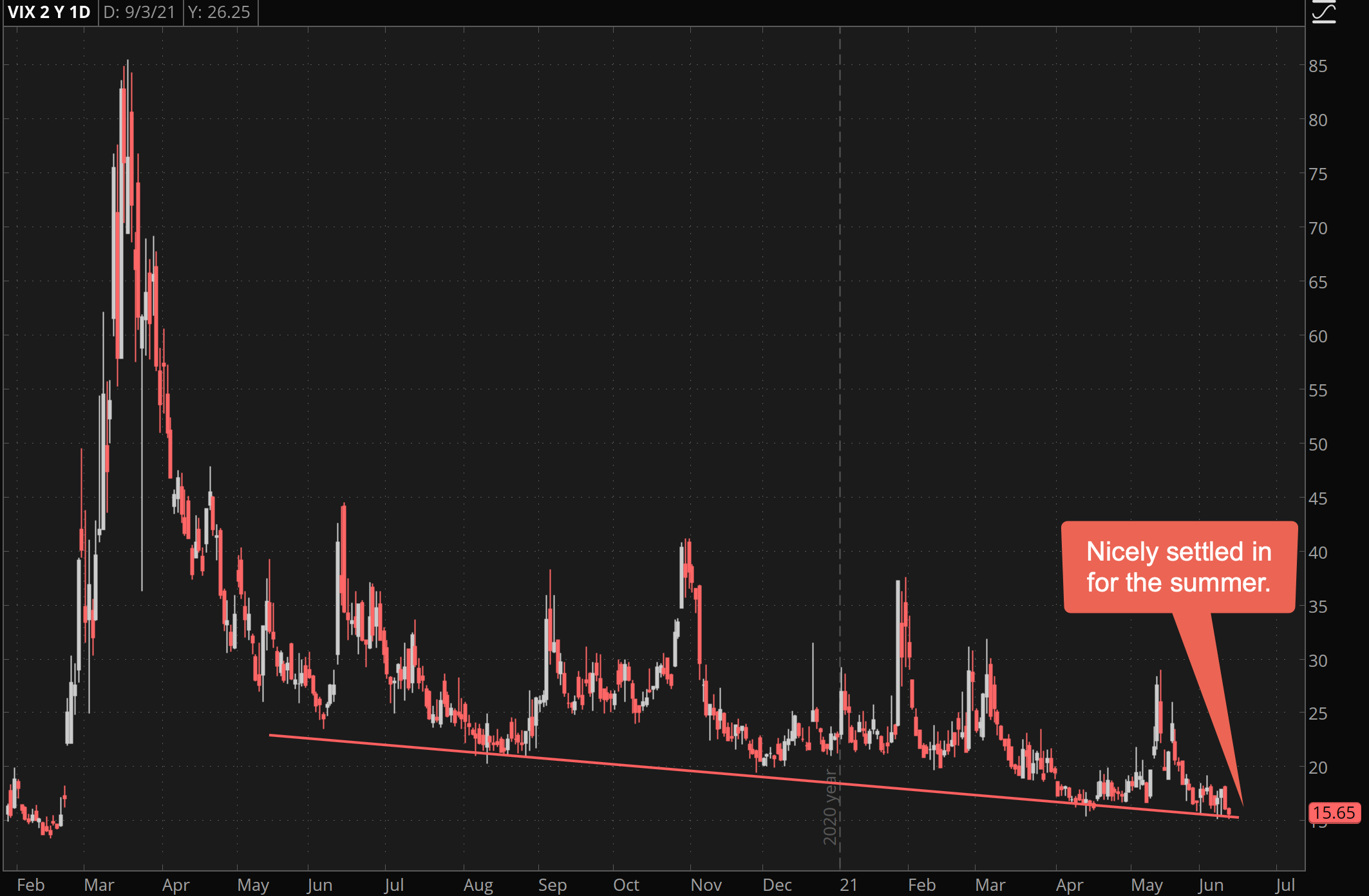 Meanwhile the VIX seems to be settling in a comfy spot near 15 for the summer. Which seems very low, right? But given the ‘realized volatility’ we’ve seen as of late it’s actually fairly high.

Meaning traders do not trust this market further than they can toss it. Nothing new there by the way as I’ve been reporting on the manic depressive nature of the equities market for well over six months now.

So the situation we have at hand is one where the VIX is somewhat low, SKEW is high (in anticipation of the arrival of Godot’s evil twin, which never arrives) while the tape continues to churn its way higher on remote control.

Which is fine if there’s an edge to be had. And there is, so let me show you where and what to do:

P.S.: The featured image was taken by yours truly whilst flying one of my FPV quads above one of the mountain peaks in the nearby region. When I’m back in Valencia I’ll upload the full video.