The Fed Sees Its Shadow 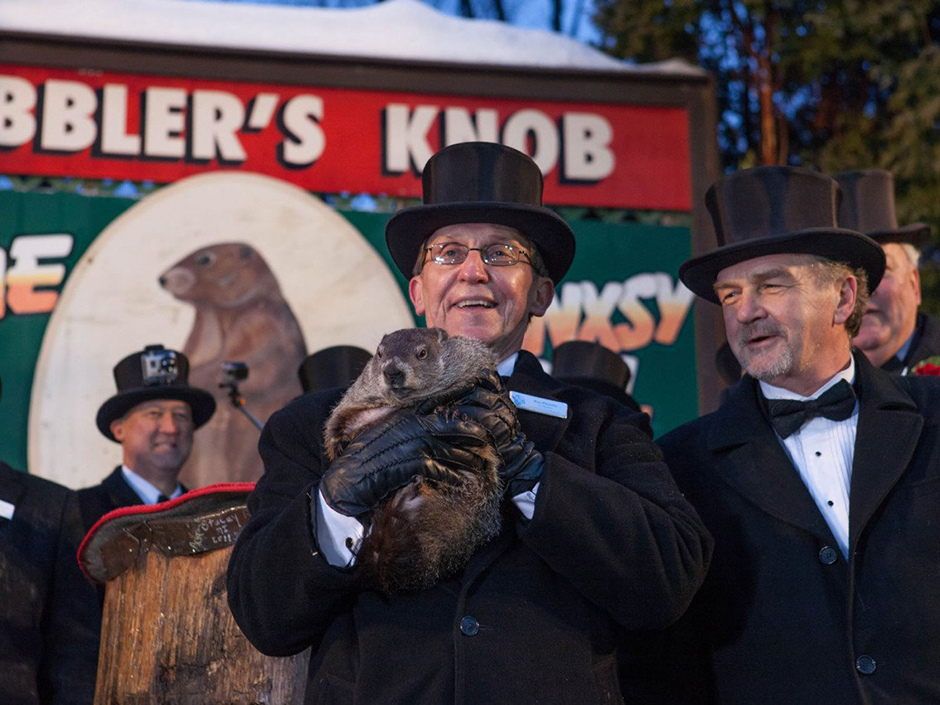 Well that was easy! All it took was a full scale Russian invasion of Ukraine in combination with run away double digit inflation across the Western hemisphere for our friends at the Federal Reserve to jump into action and raise the FFR by a whopping 25 basis points. Undoubtedly that should do the trick and I am very much looking forward to paying $3.00 at the pump again as early as next week. For one liter that is – not one gallon.

You must forgive my cynicism but at this point it should have become painfully clear to anyone with an IQ above the average room temperature that after 14 years of kicking the proverbial can down the road we finally and effectively have run out of road. The giant house of cards we have been so busy constructing during all that time has reached such lofty heights that even the gentlest breeze is capable of bringing it all to a tumble.

Let’s be real here for a second. A 25bps rate hike in the context of what we currently see unfolding on an economic and geopolitical level is tantamount to urinating on a forest fire with the illusion of being able to make a difference. I mean – why bother? 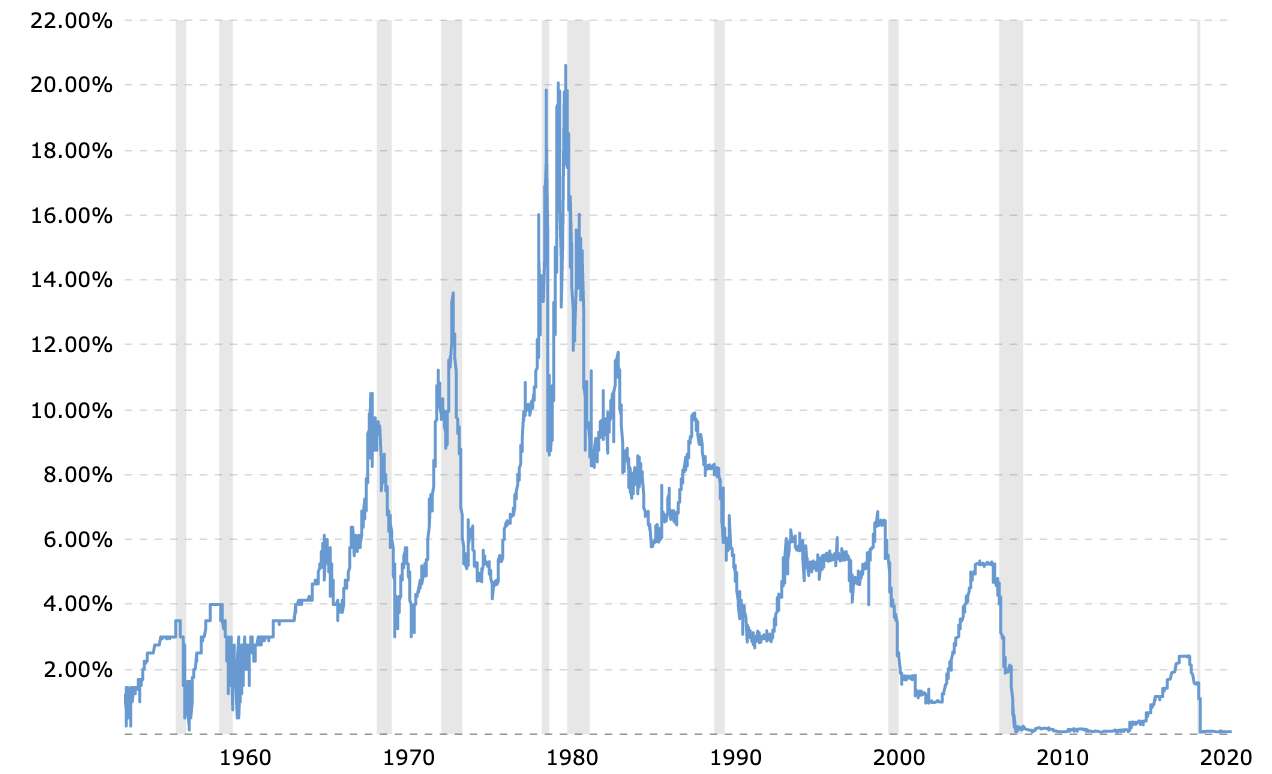 Well I tell you why. We now live in a time where monetary policy (in the U.S. as as well over here in Europe) has gradually transformed into a ritualistic kabuki dance aimed at managing the collective addiction of a financial class that is unwilling to accept the realities of a cyclical marketplace.

The result of this giant monetary experiment has been an unprecedented expansion of federal debt levels accompanied by massive devaluation of Western fiat currencies and the impoverishment of an entire middle class – once considered the backbone of modern society. 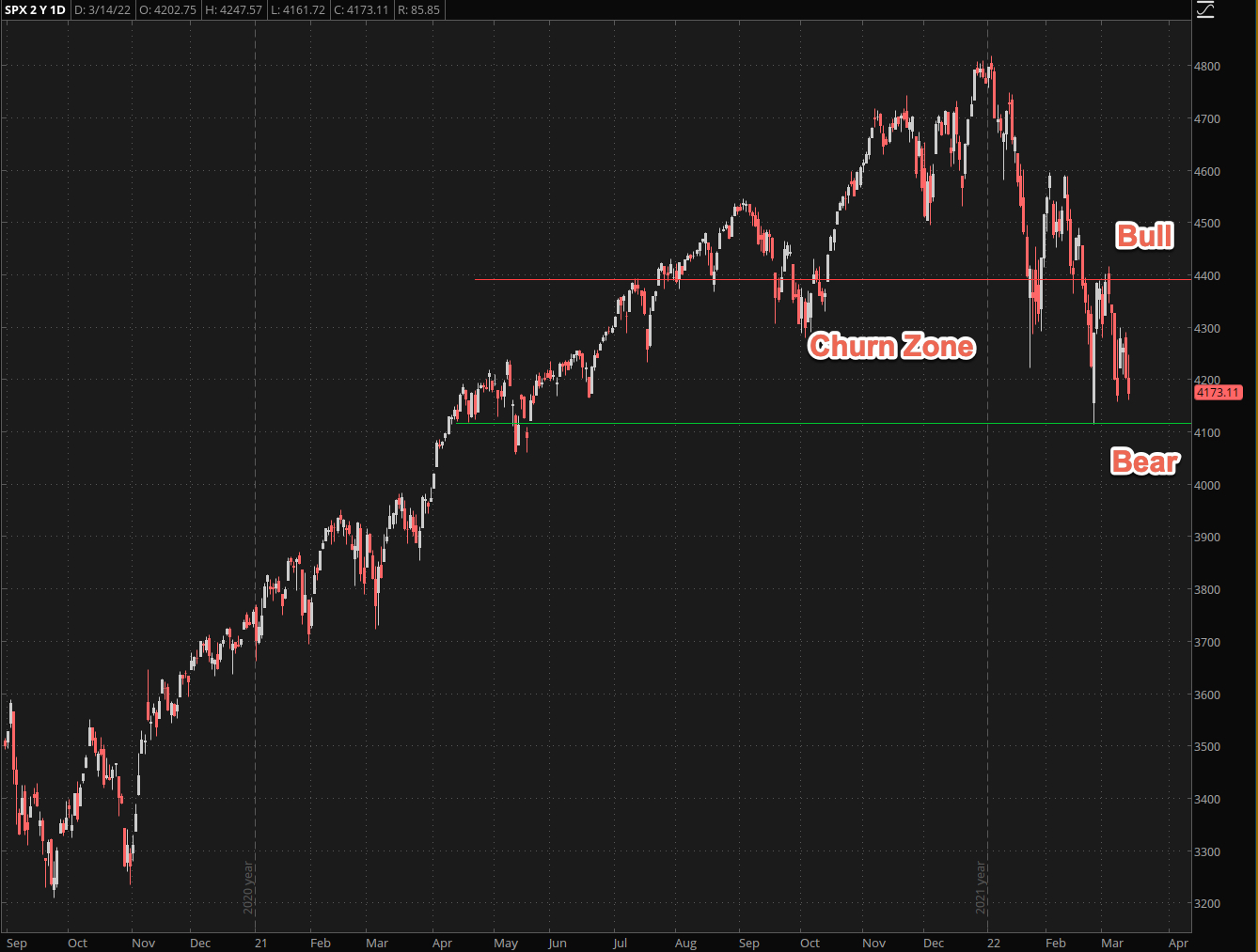 Where all this leads is anyone’s guess, although I do have a few theories – none of which you would enjoy hearing. Of course from a trading perspective it’s been all fun and games all through last year’s epidemic nightmare but the roll-over into 2022 seems to somehow have moved us into a new market regime.

By all intents and purposes the current formation in the SPX is decisively bearish albeit still immature and perhaps only an appetizer on the way to the main course which may end up cutting the equities market in half. Either way  – none of what lies ahead will be sudden or difficult to anticipate but its impact on our lives will be disastrous nevertheless. 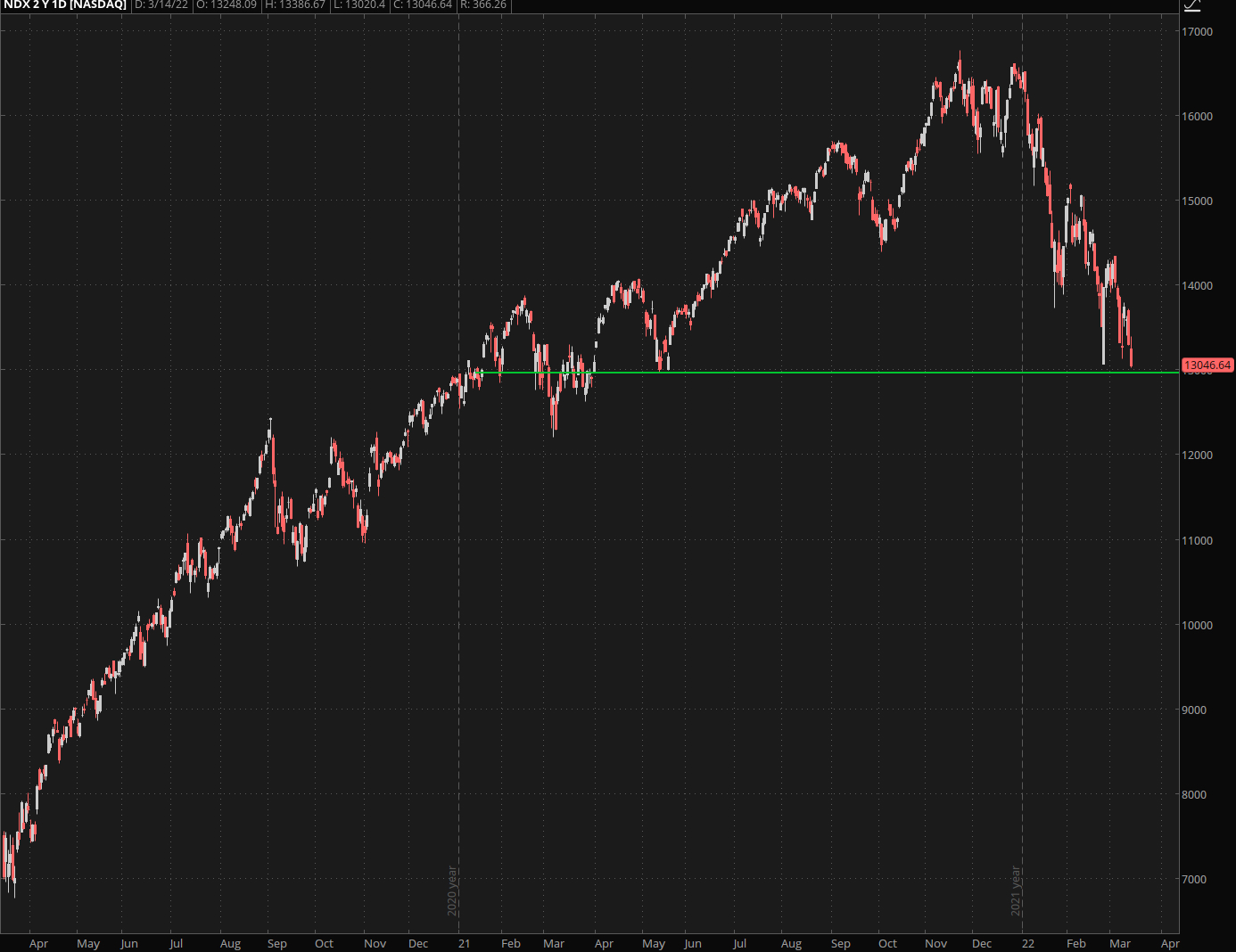 The NDX for example is already down over 20% which means it effectively is in a bear market. Should the current support zone around the 13000 mark give way it’s off to the races and I strongly urge everyone to take a very serious look at your current tech holdings. 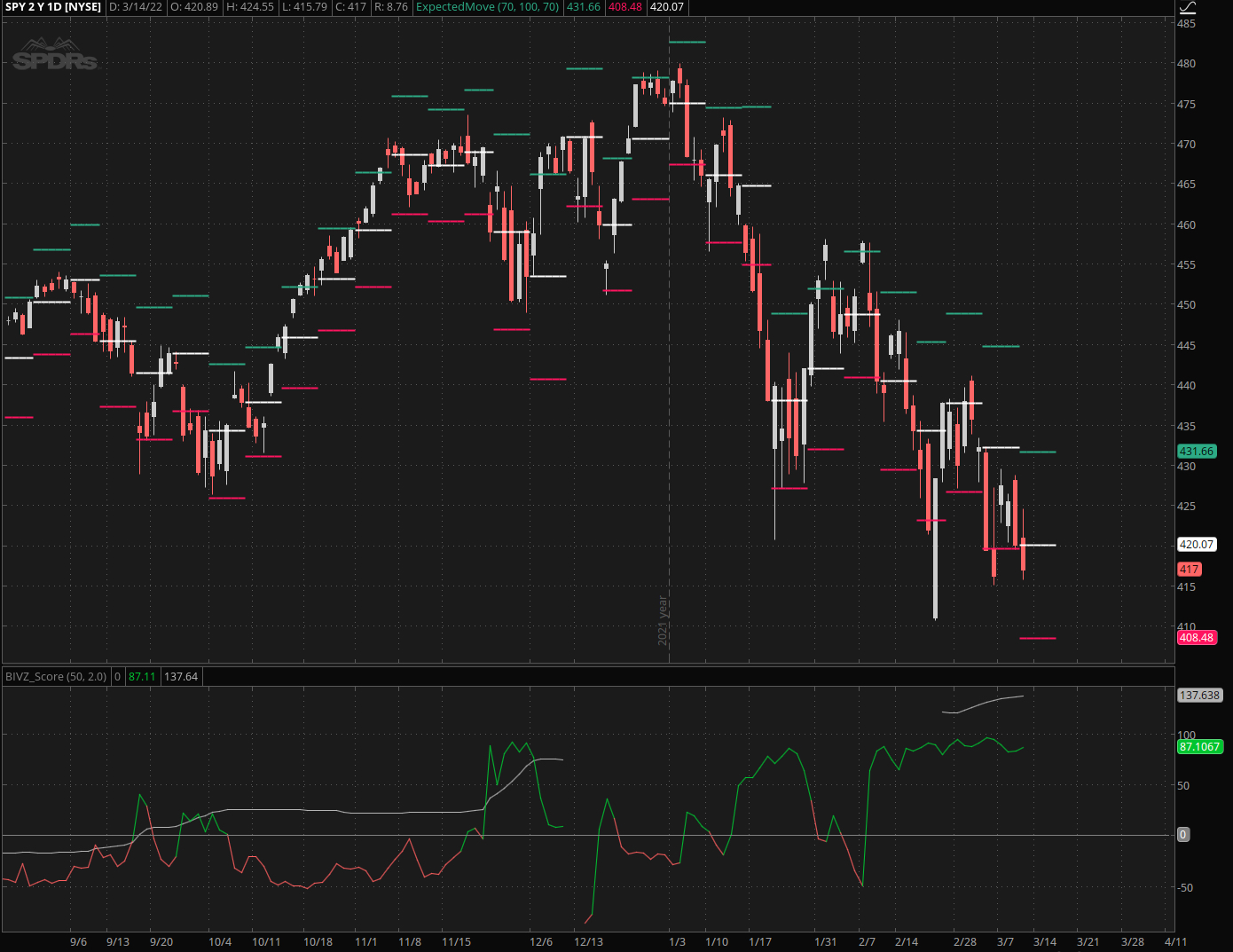 And quite frankly – if you think the past few weeks smell like bearish tape then you ain’t seen nothin’ yet. Despite clear downside momentum and a series of lower highs and lower lows on the SPY it’s interesting to note that expected move continues to be respected. I only count two single breaches in early January and it’s been a rather orderly affair ever since.

Once we see the weekly EM range being ripped to shreds, that’s when I expect the full realization to set in. We are not there yet although there are clear signs of fear in the derivatives market: 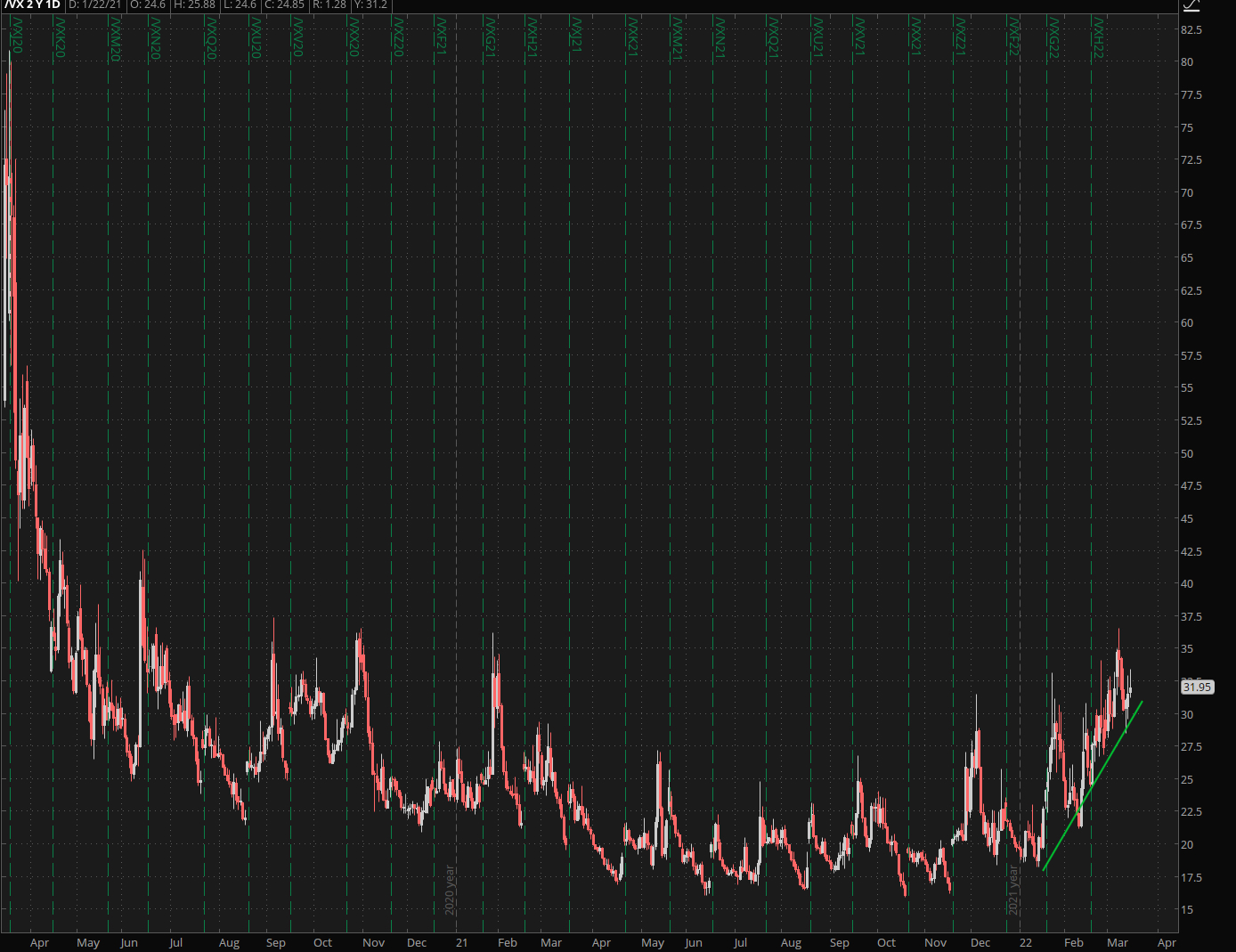 I’ve been watching this rising trendline on the VIX for a long time now and its steepness does not bode well for the foreseeable future. 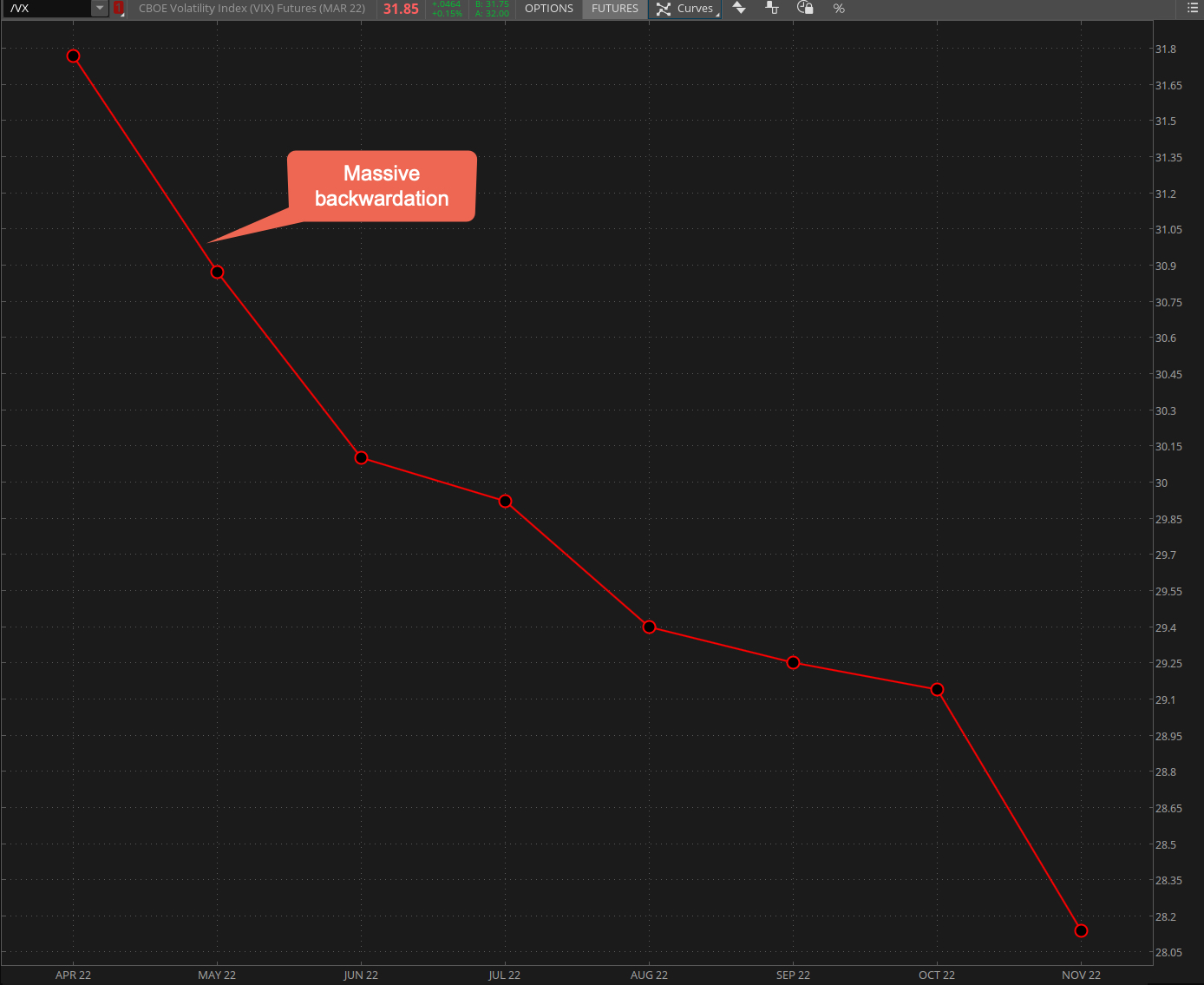 Plus the VIX only tells half of the story. What really should make you nervous is the massive level of backwardation we continue to see in the VX futures market. It’s in fact the exact opposite of what I reported just a few weeks ago when we were still seeing strong contango across the board.

And if this doesn’t worry you then you may want to look at this next chart: