The SKEW Must Flow! 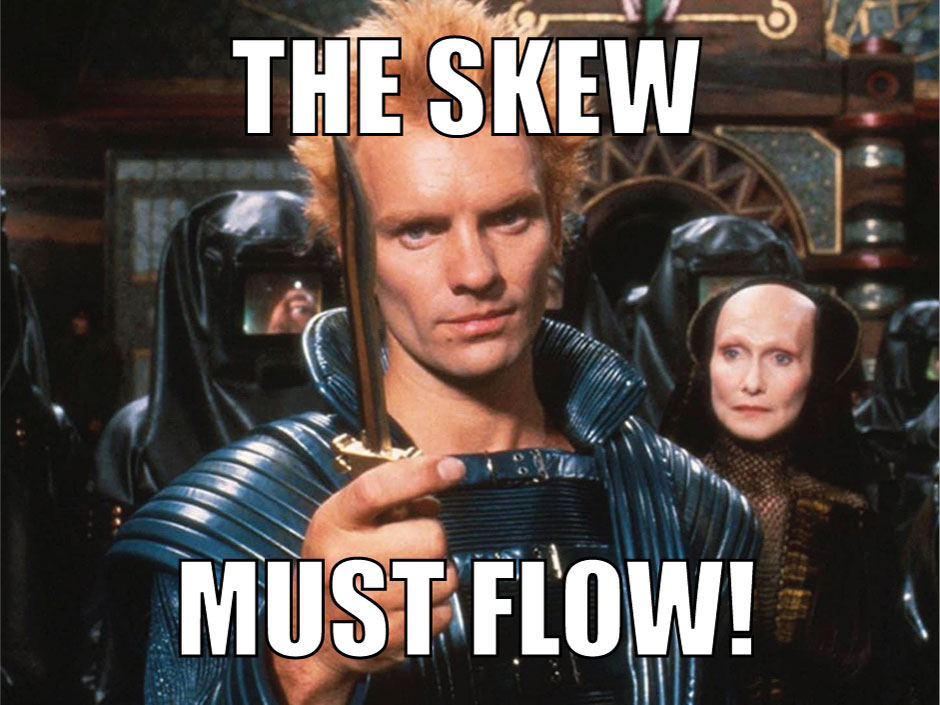 An old friend wrote me over the weekend asking whether or not it was finally time to back up the truck and short the heck out of this market. My response to him basically boiled down to ‘never step in front of a speeding freight train’ – however true to form I did provide him with a few valuable pointers. Which I thought may actually make for a good post, so if you happen to currently suffer form bearish inclinations I suggest you put down your mobile enslavement gadget and pay attention. 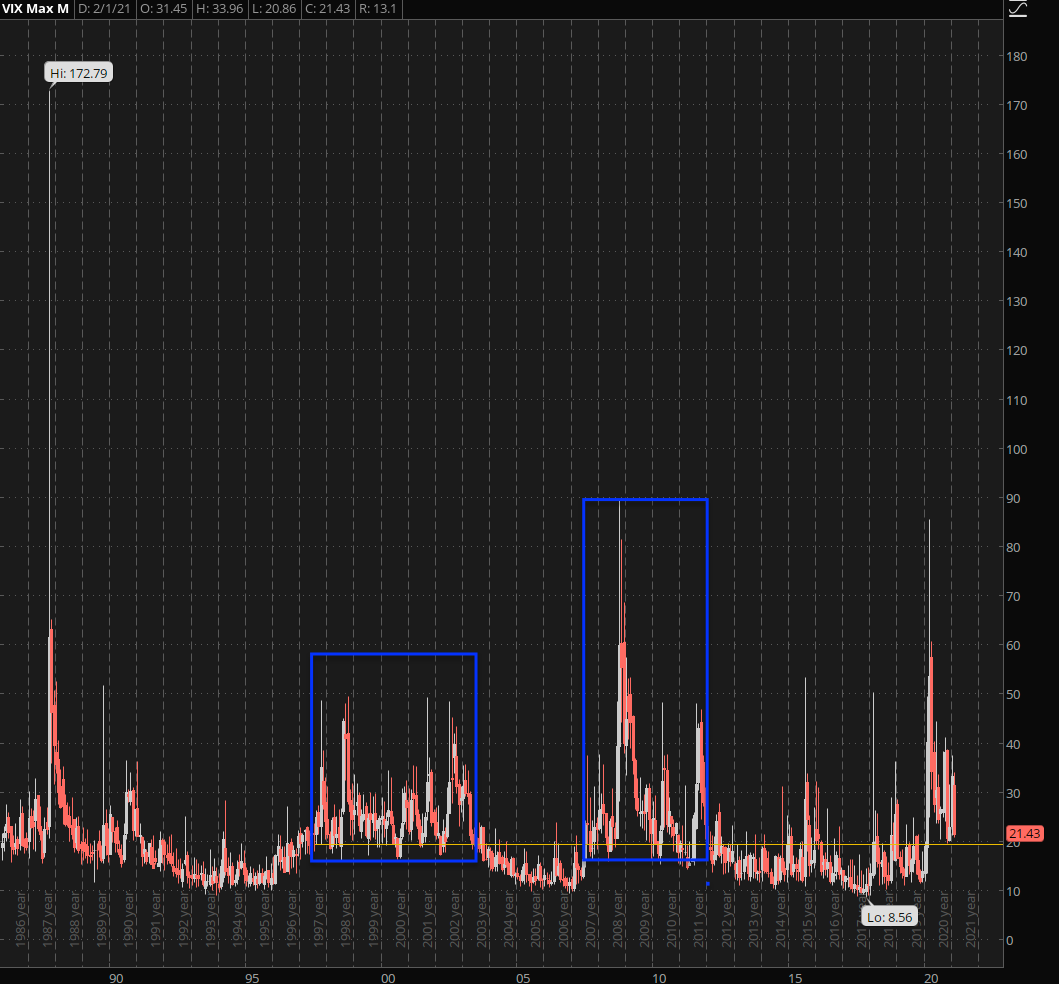 The first thing to keep in mind, especially when it comes to the anticipation of outlier moves to the downside, is that they happen very rarely. If you’ve watched my Price Action Masterclass then you may recall this fistful of sobering statistics:

The long term chart of the VIX I posted above makes the boring stats above abundantly clear. Although we are all idiots and our eyes are immediately drawn to the outliers you can see that the VIX spends most of its time churning in a relatively contained sideways range. 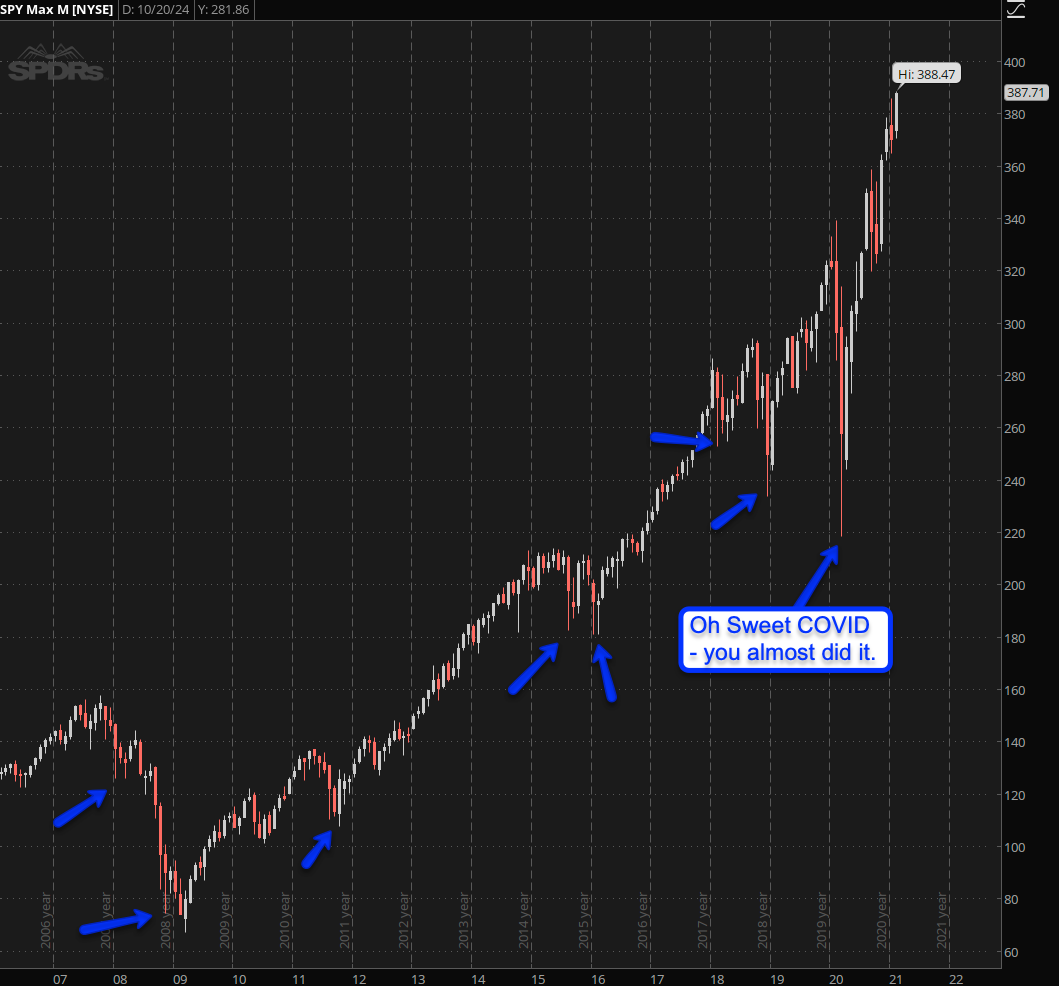 Speaking of long term charts, here’s a snapshot of the Spiders going back a decade. That second arrow from the left marks the approximate point in time when I started Evil Speculator, which now seems almost a lifetime ago.

Many of us, yours truly included, were full blown perma-bears back then and listened to pied pipers like Robert Prechter who assured us that wave 3 of 3 of 3 would take us from SPX 1000 all the way to the 200 mark or below.

Of course what happened instead was something completely different which did not deter the same actors to continue predicting similar apocalyptic events every single time the market caught as much as a sniffle (blue arrows).

Courtesy of COVID those perma bears almost got what they has waited so long for but alas the Fed stepped in once again and pissed all over everyone’s parade. Which is why we now find ourselves pushing toward the $4k mark instead of the $400 mark many of you may have hoped for. 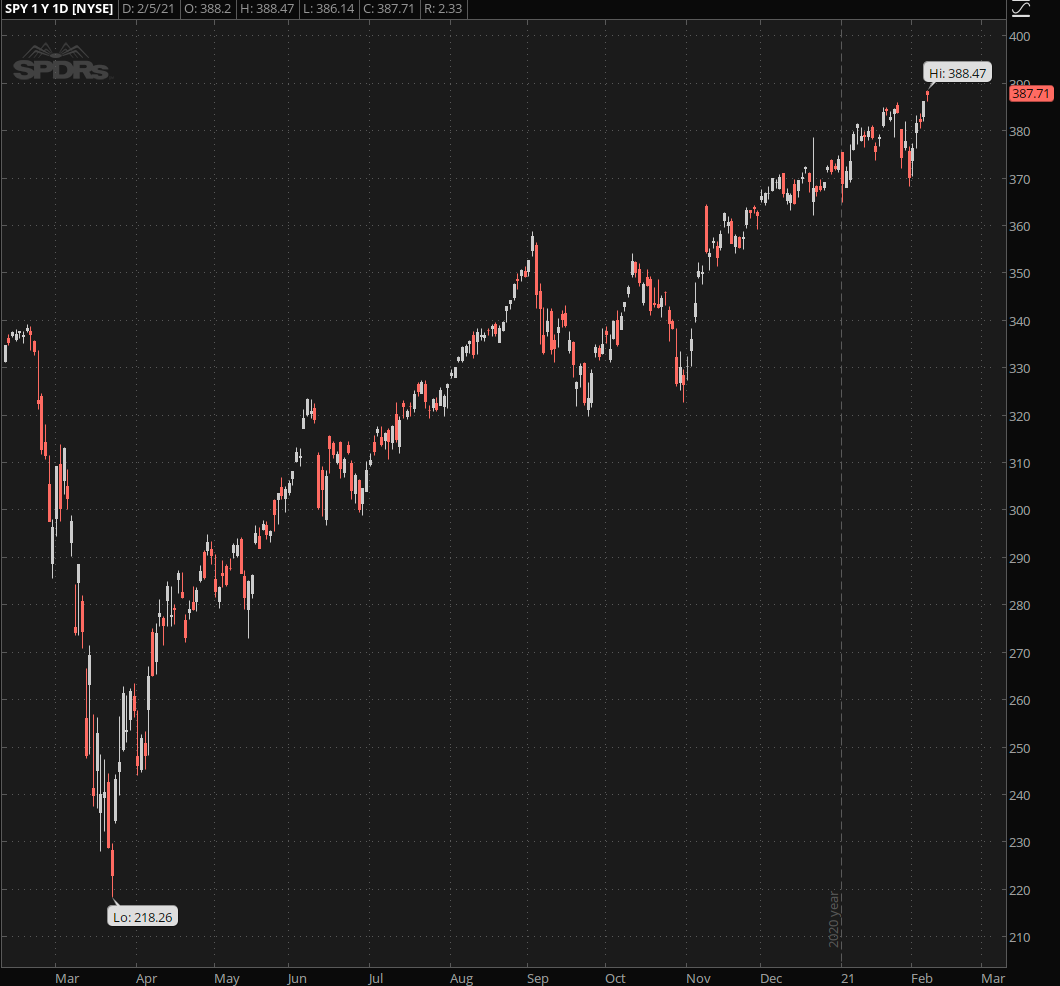 Zooming in a little into the past year of price action I see an increasingly nervous market that however shows no serious signs of correcting. That does not mean however that I am not accumulating a bit of downside protection when the chance offers itself.

The SKEW must flow!

But that does not represent the ‘bread and butter’ part of my trading activities. What does however are strategies that exploit an exotic market condition I have continued to present here over the past year: 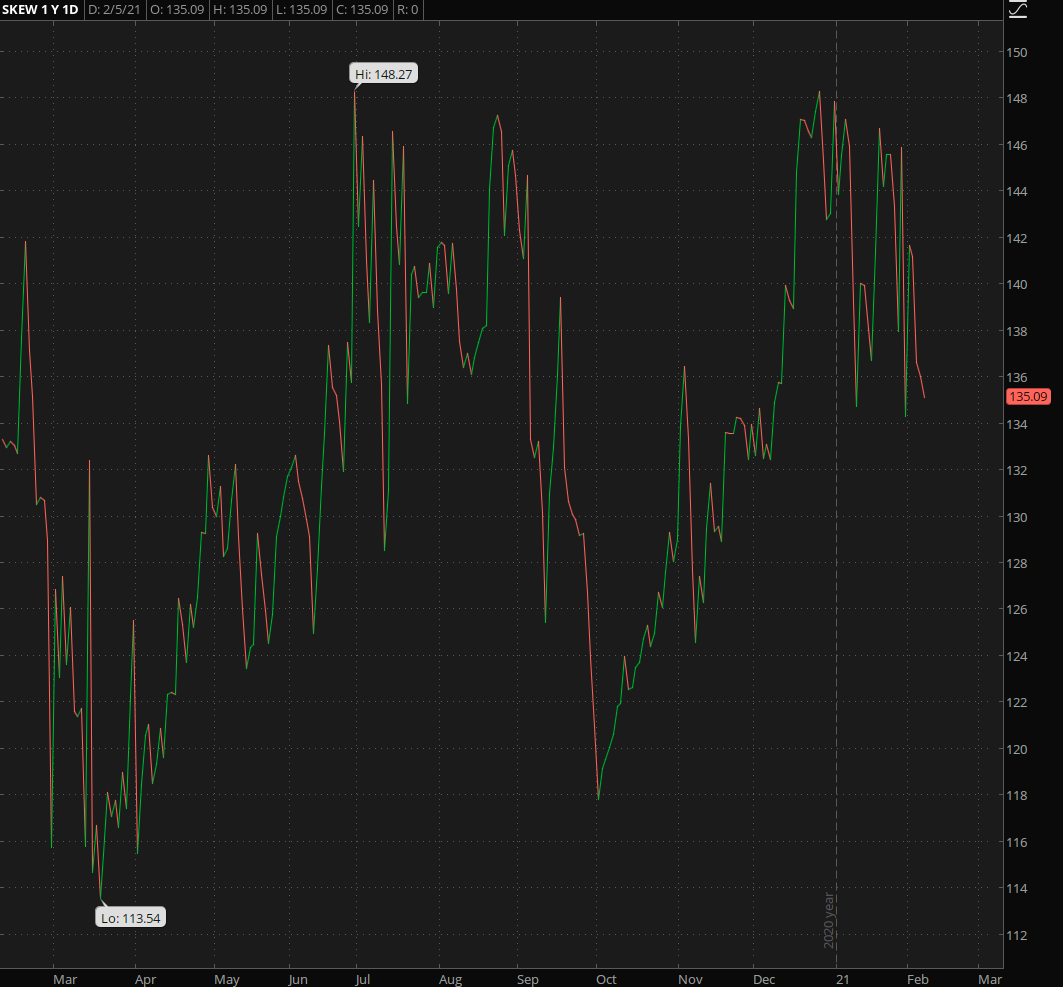 The concept of SKEW has been covered here on numerous occasions as well as the fact that we have been observing a lot of it in the options market as of late.

The overall score shown above may have dropped a little but there are a good number of symbols that are still exuding an excessive amounts of that juicy SKEW.

So let’s look at a prime example and most importantly consider how to trade on SKEW: