UPDATE 3:29pm EST: This morning I pulled up OptionMonster.com and saw the following posts: 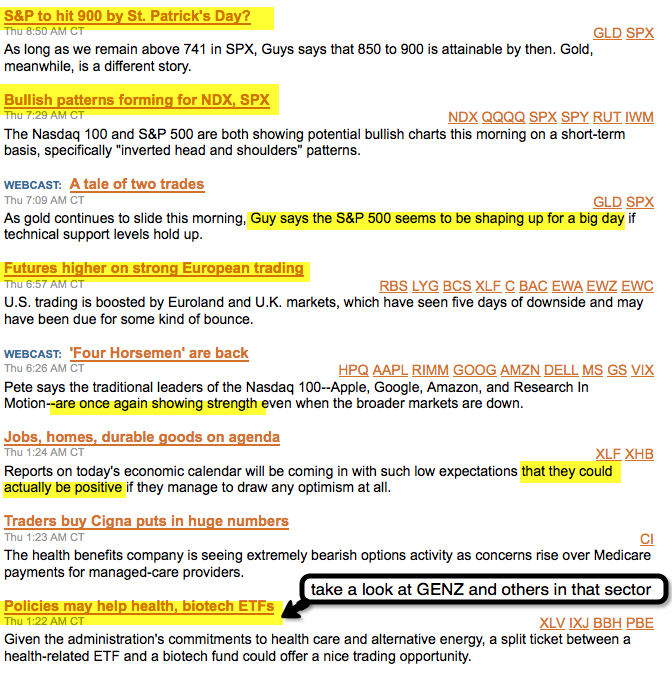 Folks, this is why most traders lose in the market – they rely on news or analysis by people who either don’t have a clue or have their own agenda. Had I been going long today after reading this I’d be really feeling it – luckily I stuck to my charts 😉

This is something I need you to drill into your little skulls, rats – next time you see a slew of headlines like this – as yourself – what the hell do these guys know? Exactly – nothing – which is why they keep finding themselves on the losing end of the trading stick.

UPDATE 5:00pm EST: I still owe you guys the Zero wrap up: 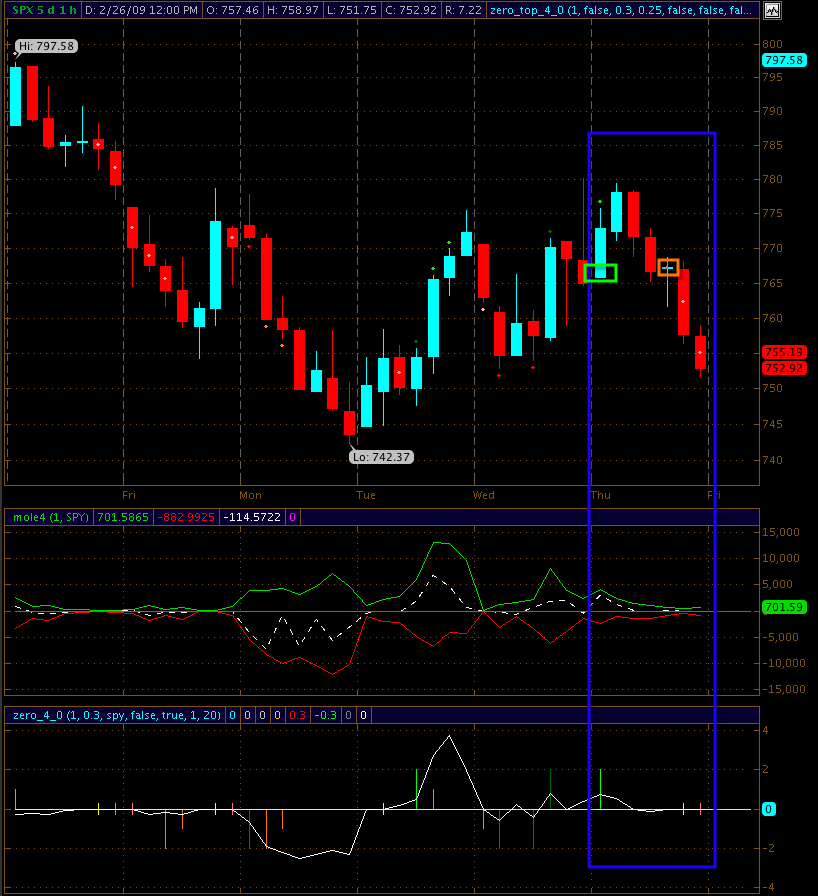 Zero liked the early morning rally and if you wanted to go long you would have gotten in right at the green square since it’s a VTA. After we turned on a dime the first exit dot I saw was on the 5th candle – getting us out at break/even or at a small loss. After that signal went very flat again – this is something that happened during the last week and first I was not sure what to make of it. But I think I have a theory.

When the Zero sees a lack of participation (see the mole bubble) it errs on the safe side when it comes to entry signals. On top of that it also attempts to keep you out of whipsaw moves, so the threshold for trade alerts goes up. This is has served us well in the past but sometimes it seems we miss out on drops that feed from lack of participation – today was such a day.

Beyond just today’s tape this however might give us a hint as to the state of the market. We are nearing the final stages of this Primary {1} wave and it seems that many of the bulls have stepped to the sidelines. Who can blame them? How often would you come back for another helping of ass whopping? You need sellers to feed a strong negative Zero signal (i.e. participation) and what we’re seeing lately is pretty weak. The strongest signal above is actually on the buying side. That in itself is a warning sign – I do expect the November 21 lows to be broken on the SPX but I also am going to play it very light until we see the end of this Primary wave. For once institutional buyers embark on their Primary 2 shopping spree I expect to see some nasty candles to the upside.