Trading Divergences With The Zero Indicator 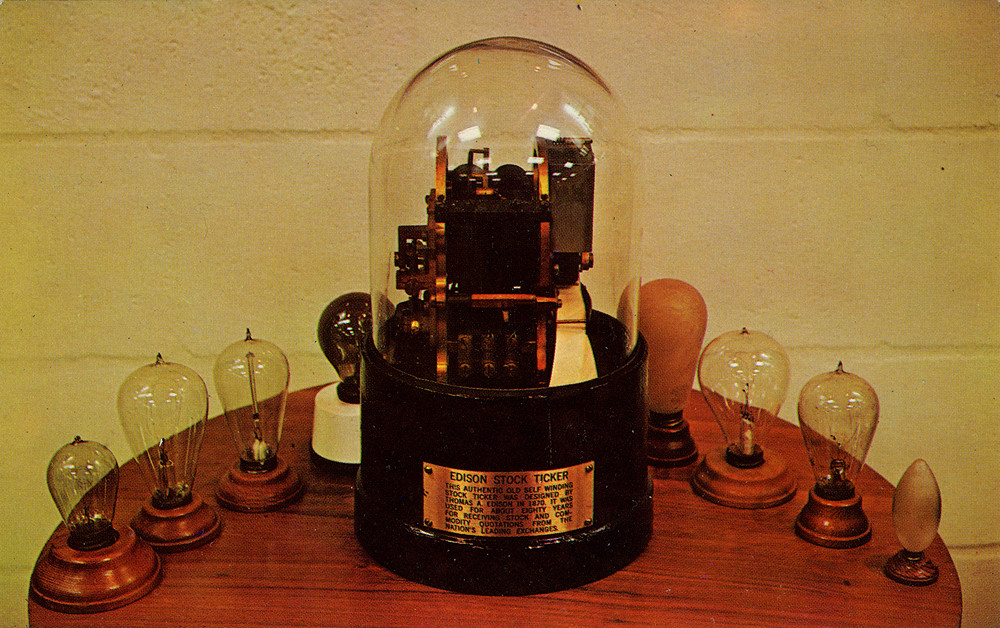 Yesterday I received a series of follow up questions regarding what now appears to have been yet another prescient tweet this time depicting a bullish divergence on the Zero. If you are new here and are unfamiliar with the Zero indicator then I recommend that you point your browser to the introduction, the tutorial, and most importantly the video section where you can enjoy dozens of recaps of past E-Mini trading sessions.

Let’s take a step back and talk about the basic premise of why I came up with the Zero indicator and why it continues to be favored by an overwhelming percentage of my subscribers. Some of you have been using it continuously for many years and I think the most loyal subs goes back all the way to 2009! Clearly the Zero seems to be useful but what exactly differentiates it from the myriad of indicators you get for free in your trading platform?

Many of you enjoy swing trading the E-Mini futures and I am no exception. But even for skilled traders doing so without a deeper understanding of what is driving equity markets can quickly lead you to a series of frustrating losses. Technically speaking the average retail trader of today has direct access to capabilities and execution speeds that our forefathers could only have dreamed of.

However we are all also suffering from a major disadvantage. The increasing proliferation of electronic trading over the past few decades has gradually separated us from what some may call the physical aspects of trading. These days there is very little opportunity to actually expose yourself to a floor of traders and base trades on participation and changes in apparent sentiment among fellow participants.

Although this may sound completely alien to you today, several generations of very successful traders actually never looked at single technical indicator in their entire life and purely based their trading activities on the ‘action’ they perceived among them. The vast majority of these oldtimers didn’t have a clue about charts or technical analysis (it barely even exited at the time) and mostly relied on their intuition and people reading skills (and of course the occasional ‘tip’) to place their positions.

So it’s fair to say that the way our grandparents were trading was fundamentally different. Unlike today everything was happening manually and thus an analog basis. Which meant filling out paper slips or calling your broker who happily would do it for you. These slips then physically were handed to the floor brokers who then would settle small as well as very large trades by shouting at other brokers in combination with a complicated series of hand signals. Watch the clip above for a pretty accurate historical review of how trading was done back in the ‘good ole’ days’.

So how did market information get disseminated across the nation and even the rest of the world? After the turn of the 20th century and the establishment of a nationwide electric grid the common practice was to run glorified bucket shops in key locations across the United States (and to some extent in Europe) which were equipped with a slightly modified version of the telegraph. 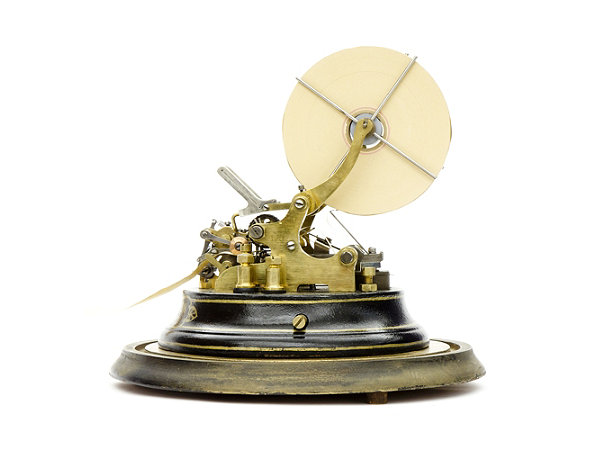 It was called the stock ticker and it was a simple mechanical device that received analog electric signals from the exchanges or relay stations and then printed them on a thin roll of paper. What was being printed of course were stock symbols on the first row and their current bids on the second. 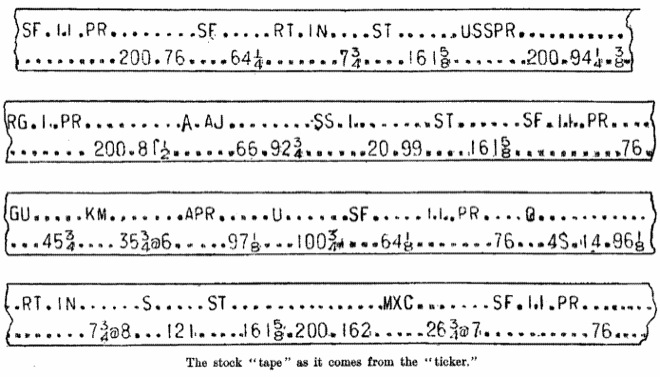 At the end of a trading day cleaning crews would come in and actually clean off all the ticker tape which had accumulated during the session. Sometimes mountains of the stuff were being re-used in ticket tape parades (hence the name), so don’t ever think our grandparents didn’t care about recycling 😉 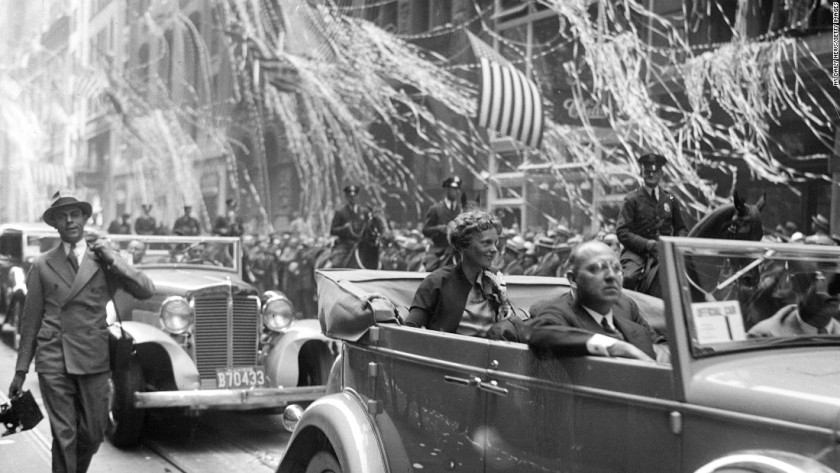 One of the intrinsic aspects of running a stock ticker was that it made a lot of noise. We are not talking laser printers here folks, but a rather crude early 20th century mechanical device that at times produced quite a racket. So if young Jesse Livermore was dropping by his local bucket shop he most certainly was able to hear their stock ticker rattle like crazy when there happened to be a lot of trading activity. And even if he showed up late he most likely would have been able to judge the recent amount of activity simply by the heaps of ticker tape that had accumulated on the floor (I’m however uncertain if those were routinely cleaned). So even thousands of miles away in Los Angeles or Seattle an aspiring stock trader would be able to actually get a good glimpse of the floor action all the way over in New York. Of course nothing beats the real thing which meant actually being right there on the floor and being elbowed and pushed aside while fellow traders were screaming on top of each other.

So if you think you have so much better today – think again. Yes, everything is a lot more convenient and quiet these days. Many of us have entered or closed out positions early in the morning in our pijamas or whilst sitting on the toilet (please make sure you scrub your screen with soap afterwards). But all that convenience comes at a price. We are physically removed from observing the ‘action’ – all we are given are dancing candles on a screen. Which ain’t bad and I’m sure Jesse would have given one of his limbs being able to do that in real time. But I’m equally sure he would have missed ‘listening’ to the tape in order to gauge participation, price momentum, a shift in sentiment among participants, the response to an urgent news report, etc..

Now pondering all that sometime in late 2008 I experienced some sort of an epiphany and inspired I immediately went to work. My goal was to merge various meta market measures (my secret sauce so don’t ask) into a visual indicator that ‘made a lot of noise’ when there was a surge in participation and remained quiet when there was none. In addition it was also supposed to provide me with sense of market direction: basically how does buying pressure align with selling pressure?

In the following two years it went through a few optimizations and small changes but the core algorithm driving the Zero has remained practically unchanged since its inception. I could think of a few improvements here and there but the basic concept has remained valid since then and has survived many years of some of nastiest and volatile tape in trading history. Short of listening to a floor of traders or a rattling ticker I am able to watch the Zero and still get a pretty good sense of what the market is doing and most importantly if price may be lying to me. I have written many tutorials on the subject and if you are curious to learn more then I once again encourage you to follow the links I posted in the beginning of this article.

Back To The Future

Over the years there have been countless times when the Zero literally saved my butt from either being lured into a losing position or alerted me early to a change in short term market direction. Monday was not unique but it’s a good example of how to asses price action and get positioned accordingly:

Here’s the tweet I posted early that day as well as in the blog’s comment section. I’m actually rather selective before making ‘calls’ like that. For one it’s public and nobody wants to wind up making a series of bad calls. Secondly my readers will most likely take my tweets or comments in consideration and as such I only post it when I myself am ready to pull the trigger. I usually refrain from confusing or haphazard comments which could be misinterpreted. The format of these calls is usually:

In general I expect my subscribers to become familiar with the Zero, watch it for a few weeks, and then start interpreting the signals in the context of their own trading activities. I do not know if you’re trading a 5-min, 60-min, daily, or weekly chart. I have no idea what your trading horizon is. I also do not know what your campaign or exit rules are. So when I post my POV on the Zero it is mainly geared toward my own trading activities. Of course if yours happens to be compatible then have at it. Bullish or bearish divergences can become the springboard for short term or long term campaigns. It’s up to you to watch the Zero and interpret it accordingly. It doesn’t tell you when and where to buy – it’s an oscillator that shows you market momentum and participation.

With that in mind let’s take another look at two panels at that moment in time. What stands out in my opinion is the rather pronounced bullish divergence on the hourly (left) panel. The smoothed version is pointing up while price was gapping and still falling. On the 5-min (right) panel we are seeing very little participation which of course can also mean nobody is interested in buying.

What happened in the following hour was some continuation higher followed by a little spike low which didn’t even touch VWAP. Which is where I grabbed a small position – only 0.25% as it was still speculative. Some of you have mentioned that a relatively flat signal usually means sideways tape but that’s not exactly true. A few observations I have gathered over the years you may want to internalize:

Clearly there are a ton of variations in between which is why I have often produced demonstration videos to explain my thinking. But I hope that after reading this post you have a better understanding of the purpose of the Zero indicator and why many of us find it imperative when trading equity ETFs and in particular the futures.