I think it’s fair to say at this point that Bitcoin (BTC) and crypto currencies in general are here to stay. Although BTC continues to be volatile as hell its blockchain now holds over two million BTC wallets, a steadily growing trend I expect to continue in the future. The current hype surrounding BTC actually reminds me of the mid to late 1990s when the Internet started to slowly evolve from a novelty reserved to the domain of intellectuals and geeks to something you needed to be part of if you wanted to be hip.

To this day I remember pitching an Internet based trading exchange project in 1997 (wow – 20 years ago!) to a room full of brokers and a few their attorneys at some trading firm located on the Avenue Of The Stars in Los Angeles. We were young and naive back then but to me it was obvious that calling your broker on the phone to place a trade was a thing of the past and that the future of trading was on the Internet. Suffice to say that we pretty much got laughed out of the room that day and we wound up giving up and going back to work for ‘the man’. Only two years later I wound up contracting at Charles Schwab on a development project dedicated to, you guessed it, an Internet based trading application.

A few weeks later CS celebrated their first Billion Dollars traded via their new trading platform. We all got a towel which I wound up burning on a bonfire. You can imagine how I felt but what I then learned was that being first to market isn’t necessary key unless you are in control of revolutionary technology. What matters the most is execution and being able to offer a product or service that either inspires people or changes the way they work and live. I think Bitcoin delivers on both counts, notwithstanding all security related and volatility based concerns.

Here at the evil lair I have been working on a quant related project since about early this year when I started to get more seriously into python. Unfortunately I haven’t been able to share much on that end but what I can disclose is that it is related to exploiting clear and present trading opportunities related to implied volatility. Further down the line I may make some of the resulting systems available to a few select members here, but the long term goal is to expand my current system related services into a more diversified offering.

Which also will include the trading of unobtainium, or crypto currencies if you will. A side benefit from that particular effort will be an opportunity to feature crypto related charts and analysis right here on Evil Speculator and perhaps even post the occasional setup here and there. So if you’re interested in crypto currencies then make yourself heard in the comment section. 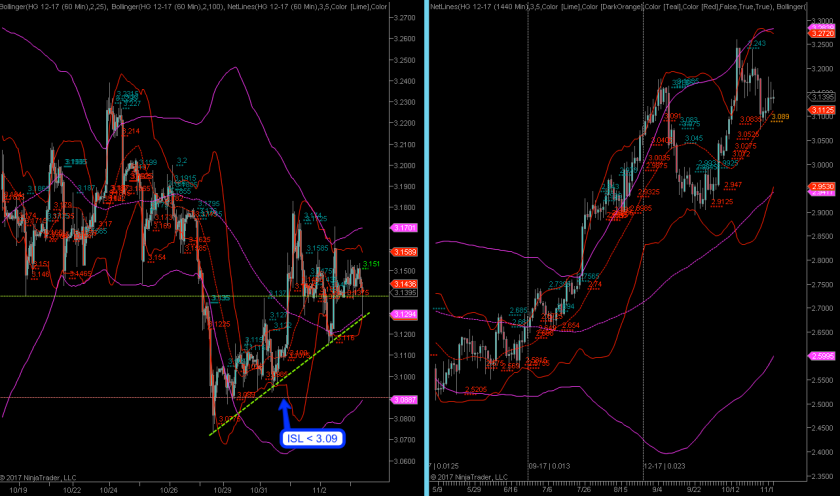 Now speaking of exotic metals I’m seeing some very exciting formations on both platinum and copper (okay that one is a bit common) today. The latter has now produced a juicy rising diagonal I won’t be able to pass up, especially as it seems to be bouncing off the 25-day SMA. Long here with a stop below 3.09. 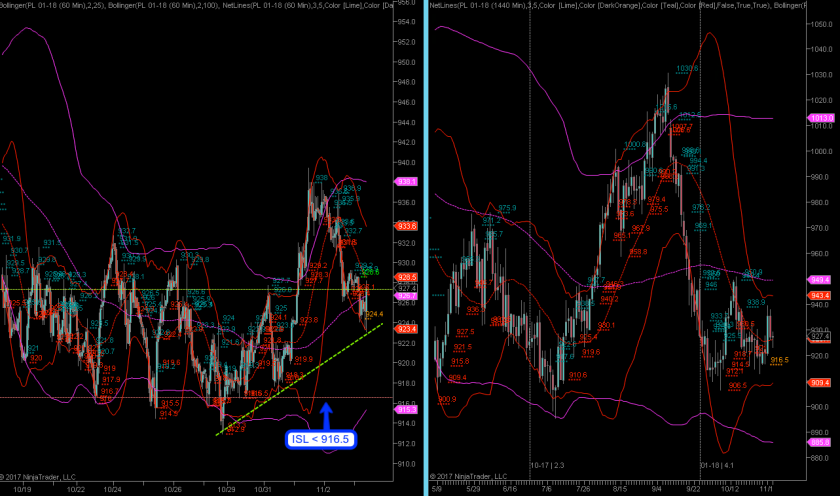 And the former is doing the same, although I have to concede that three touch points aren’t super convincing, so only 0.25% here. Could still pay off though if it manages to hold that floor formation it seems to be have been busy building over the past few weeks.

One more goodie for my intrepid subs before I’ll call it a weekend: 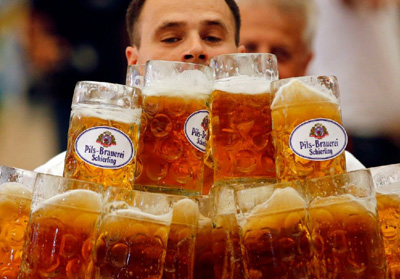 Alright, you know where to find me. Here’s to another profitable week, let there be many more!