Welcome To The Party Pal 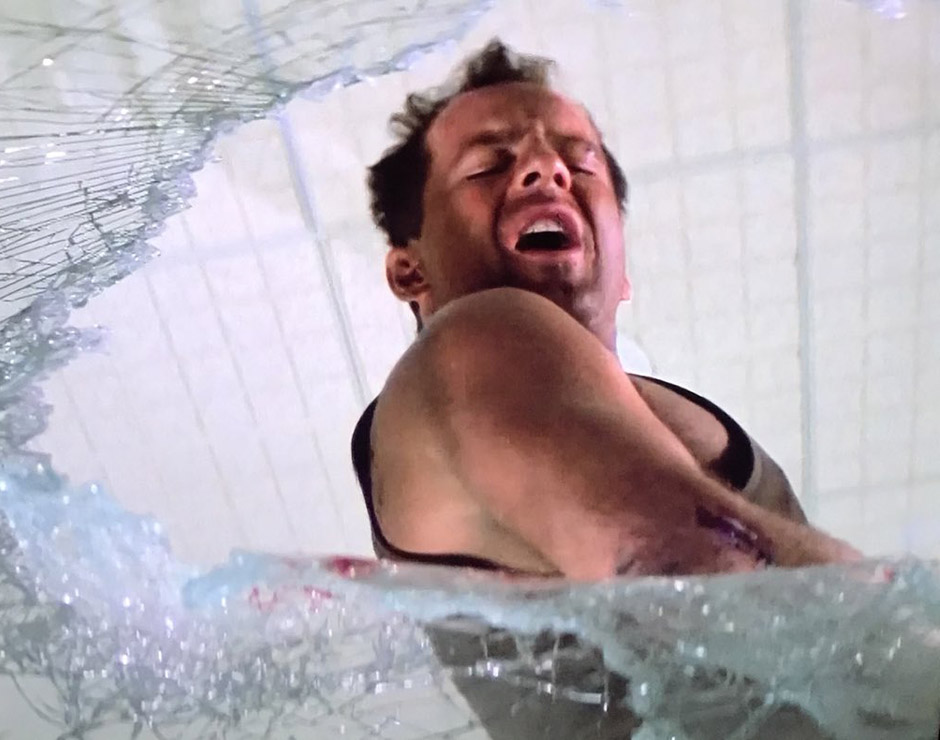 I promised you volatility and once again I delivered in spades. Or at least the market did. Which wasn’t really much of a prediction in that we had accumulated a mountain of evidence that suggested things may get wild in January. Now before you get ahead of yourself, sell all your BTC, and bet it all on a short positions in equities you may want to hold your horses and remind yourself that ‘volatility’ does not necessitate downside. It’s merely amplifies the risk potential, but in itself volatility is an unsigned measure and thus it’s not directional.

Did I just blow a fuse in your mind? Yeah I love doing that once in a while. Not to make myself feel smart but because it’s my way of kicking open a few doors in your spiderweb infested cerebral cortex to let in a fresh perspective or two.

Especially as a market analyst with an audience (if that’s really a thing – I’m more of a glorified market addict) it’s easy to get ahead of yourself and start believing your own bullshit. 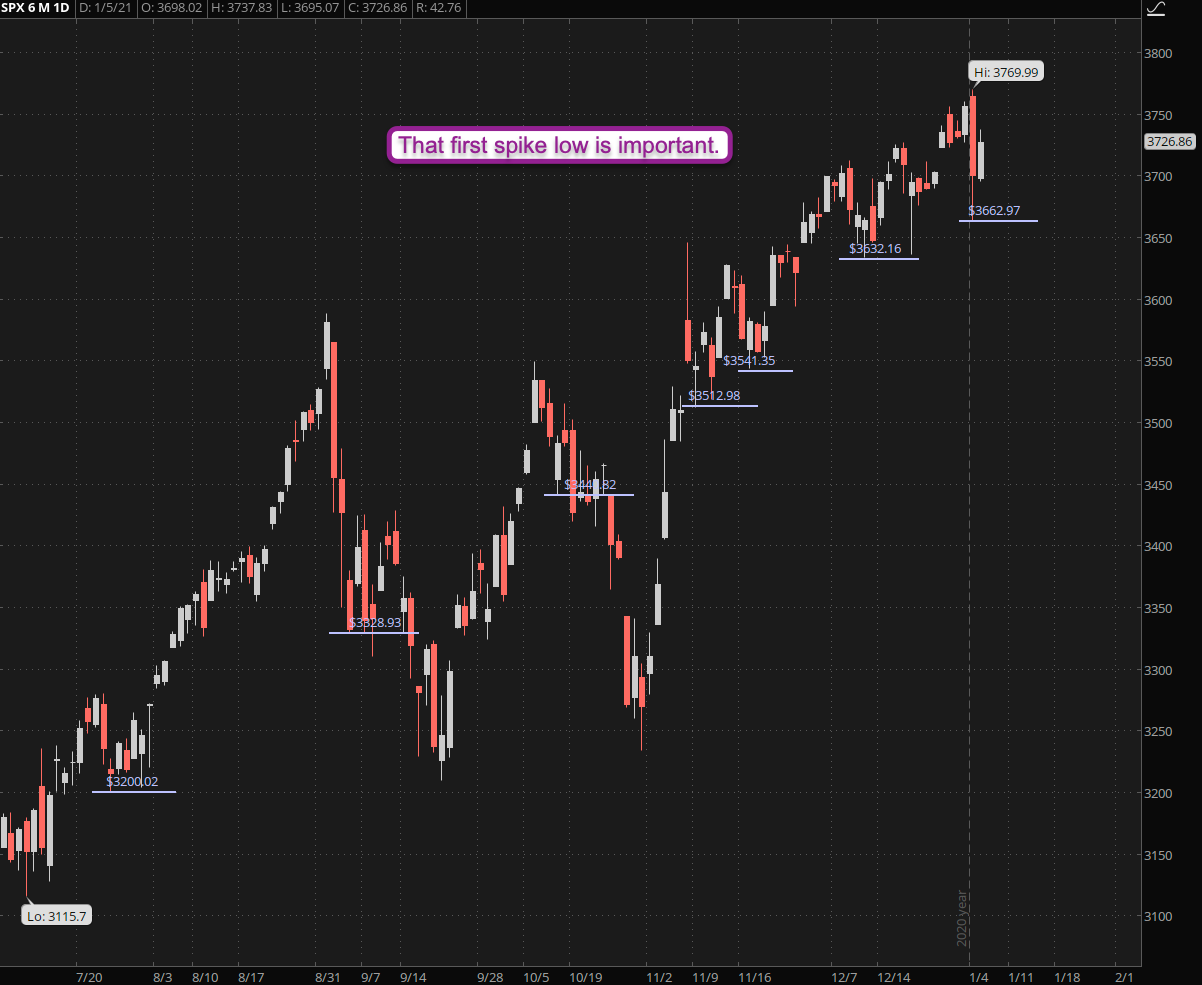 In order to keep myself honest – and my account principal intact – I regularly strip down naked (intellectually speaking – no worries) and dismiss any self glorifying notions of quant finance driven by superior algorithms.

Because if there’s one thing I’ve learned over the years is that the answer or solution does necessitate complexity. Yes, the answer MAY be more complicated but it’s not an attributing factor of truth or reality. If that makes any sense to you – it sort of does for me.

Which in turn brings me to the chart above featuring the SPX. Remember I was babbling on about price confirmation and deep in your mind a few neurons of yours may have ganged up together and produced an intelligent question along the lines of ‘what exactly is this silly Kraut talking about?’

Or to quote John McLane: “You know what you get for being a hero? Nothin’.”

In essence it’s a rather trivial concept that does not necessitate fancy indicators, market meta data, or complex algos. Just bloody watch what price is telling you as it’s staring you right in the face. If you look hard enough then you’ll quickly recognize that the chart above – and the ones following below – reveal quite a bit about price confirmation.

More specifically I am referring to spike lows, which isn’t a complex candle pattern. It’s simply a candle painting a low within a trend that exceeds the median noise range. Spike lows are one concept human brains are well equipped of picking out, although we often get ahead of ourselves.

So let’s keep it simply stupid and just follow on daily charts that show us meaningful retracements beyond the weekly noise floor. Once you do that something very interesting becomes clear rather rapidly. Whenever a spike low is breached a second time it is followed by more downside in the majority of cases.

No, not every single time, but in over 70% of cases. Which effectively makes it an edge. 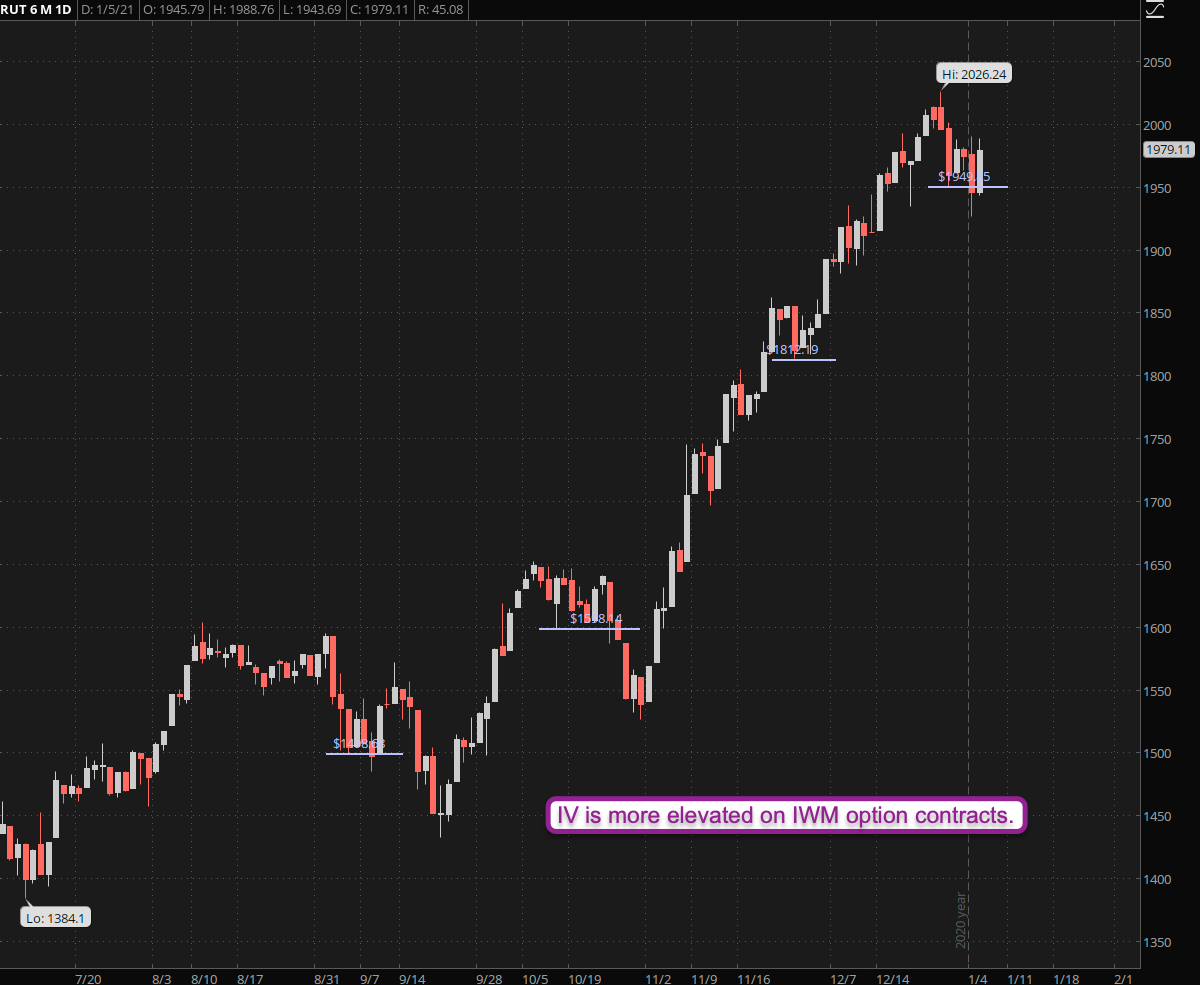 Let’s do another one – here’s the RUT, which has been on a veritable rip for quite a while now. See what happened every time a meaningful spike low was breached. And what happened when it wasn’t. 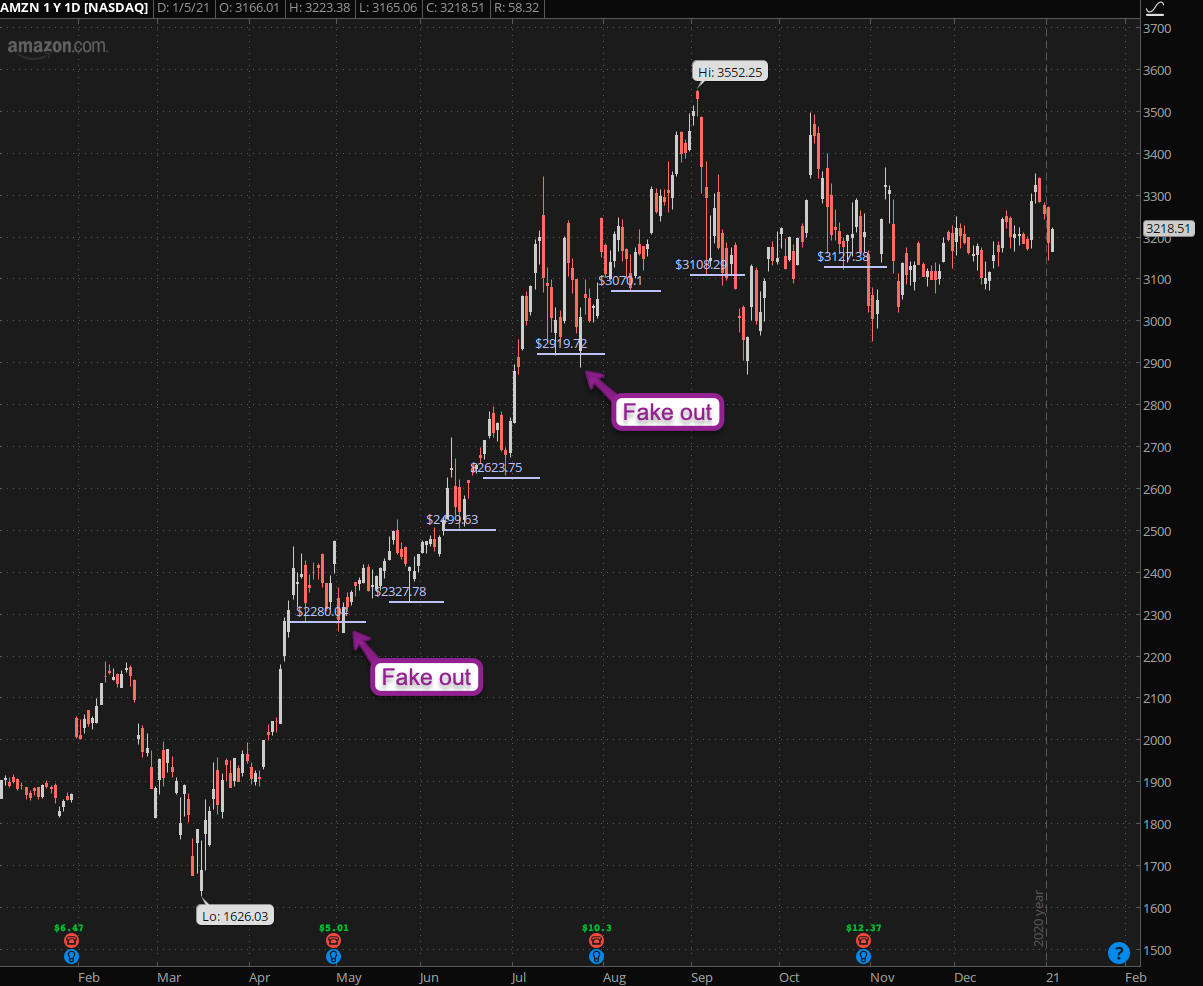 Of course it’s not absolutely fool proof – on this AMZN chart I have pointed out a few instances that resulted in a fake out. But in general BTFD has become a meme for a reason. Because it has worked very well.

What has not worked very well for people has been recognizing when BTFD does not work or should be quickly abandoned. And thus here we are – at the point where I wanted to get you mentally. How to recognize inflection points that justify taking contrarian trades.

And of course how to get positioned. I’ve covered much of that in my Price Action Masterclass, so if you want the extended tour I’d strongly recommend that one. But with the opening bell only a few minutes away let’s pick a contenders that have tickled my interest: