A few years back I wrote a post [1] in which I profiled one of the main deadly sins of retail trader ignominy – the ubiquitous and often almost fanatic anticipation of mean reversion. I am not going to regurgitate my point; if you are a culprit (and you know you are) then I strongly recommend you read my old post and perhaps also one of my more recent ones [2]. If you’re a noob here then you may also want to point your browser toward our all time favorites page [3]. The holidays are nigh and tis the season to debug your brain and start the new year fresh. 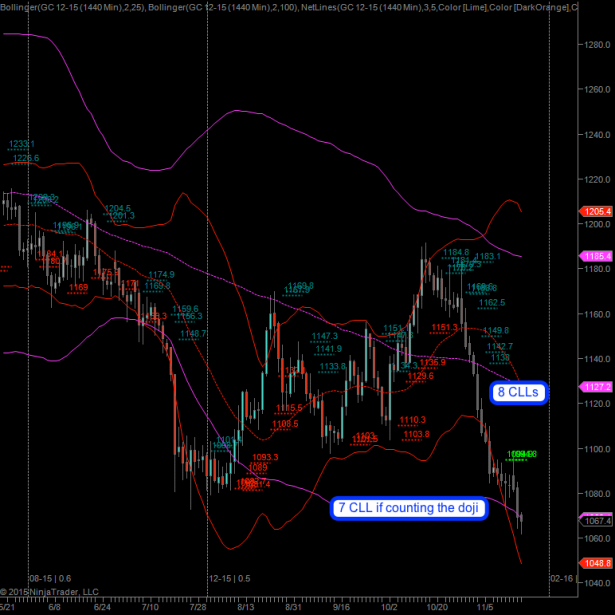 However book knowledge is one thing – seeing things play out in reality is quite another. Let me present to you Ms. Gold, our first runner up for our ‘Misses Mean Reversion 2015’ contest. She’s quite a tease, enjoys frustrating gold bugs for months in sideways ranges for months on end, only to finally slam them with a relentless sell off which counts eight consecutive lower lows (CLLs) followed by 7 CLLs. 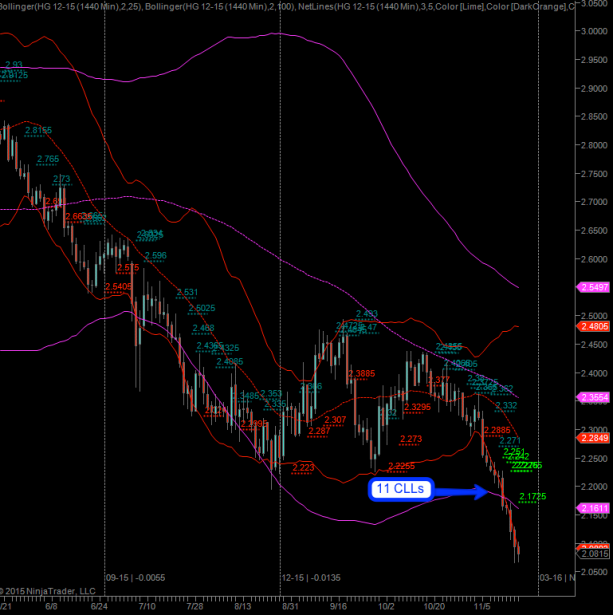 Not to be outdone here’s Ms. Copper – she’s been popular since the bronze age, thrives in industrial production, but is particular fond of electric circuits. She managed to paint 11 consecutive lower lows this year and she doesn’t look she’s breaking a sweat just yet. 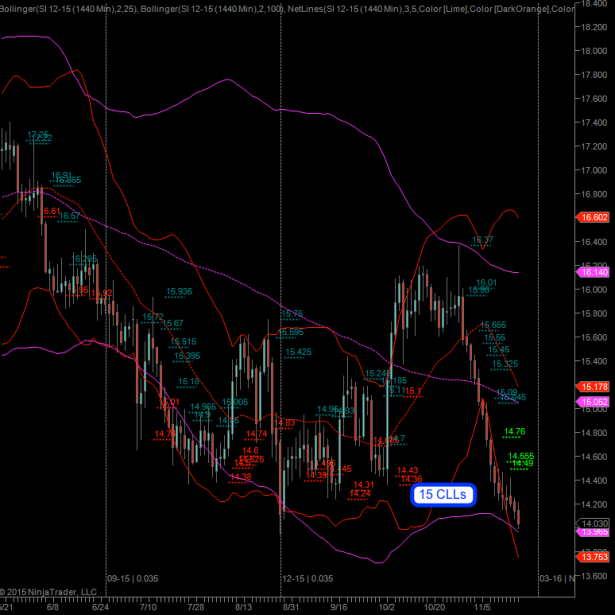 Last but not least here here’s Ms. Silver – she’s got a special shine and is particularly interested in jewelry and fancy cutlery. Most recently she managed to paint 15 consecutive lower lows and thus far is our official winner of the Misses Mean Reversion 2015 contest. Congratulations!! 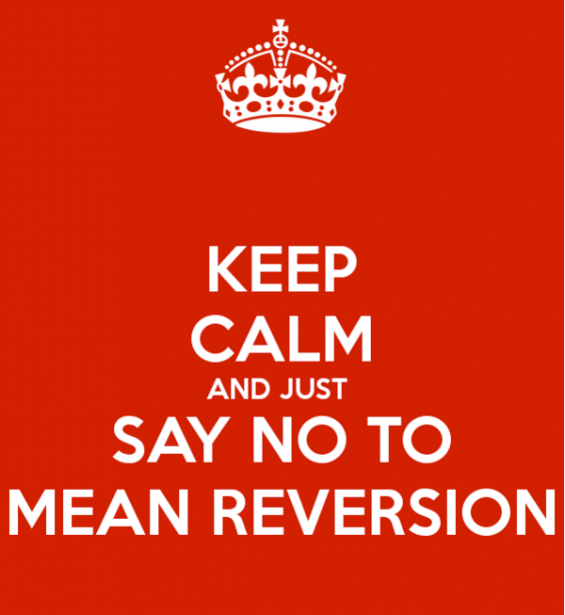 Moral of the story – whatever you have been told about mean reversion is a lie and will fail you when you most expect it. This spells true in particular when it comes to trading the futures as well as forex. So next time someone suggests mean reversion to you – keep calm and just say no. 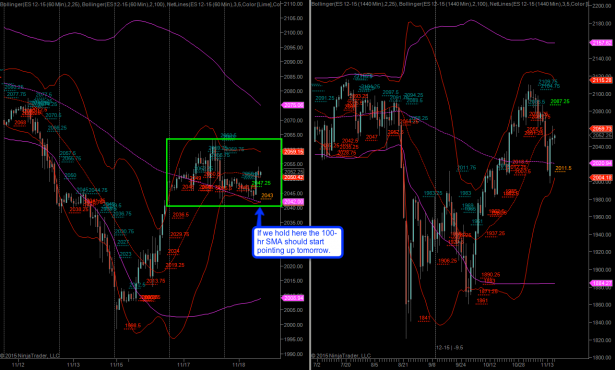 On the equities side we seem to be building a base on top of the 100-hour SMA after the initial short squeeze higher. So far so good… 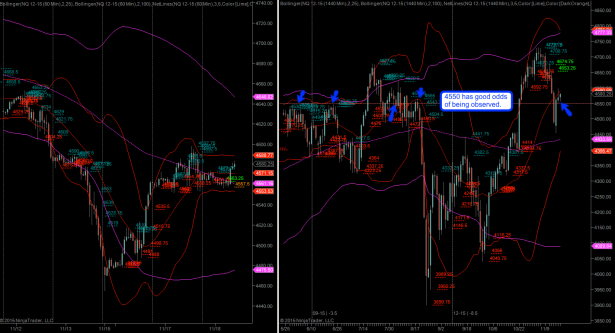 I really like the context on the daily NQ futures which I have highlighted above. 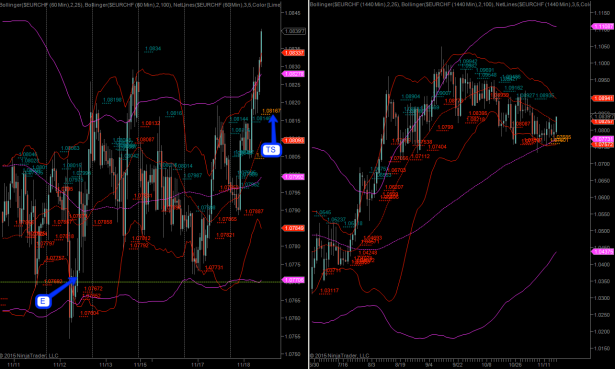 EUR/CHF update – that was quite a ride in the past few days but it seems it’s finally ready to bust higher. Putting my stop below the current Net-Line Sell Level. 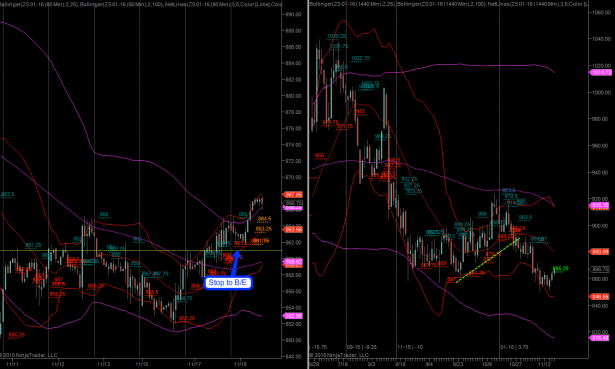 Soybeans update – that was one of yesterday’s setups. Moving my stop to break/even here.

More goodies below the fold…

A bit of even risk later today when get the FOMC minutes, so I don’t expect too much activity before 2:00pm Eastern.