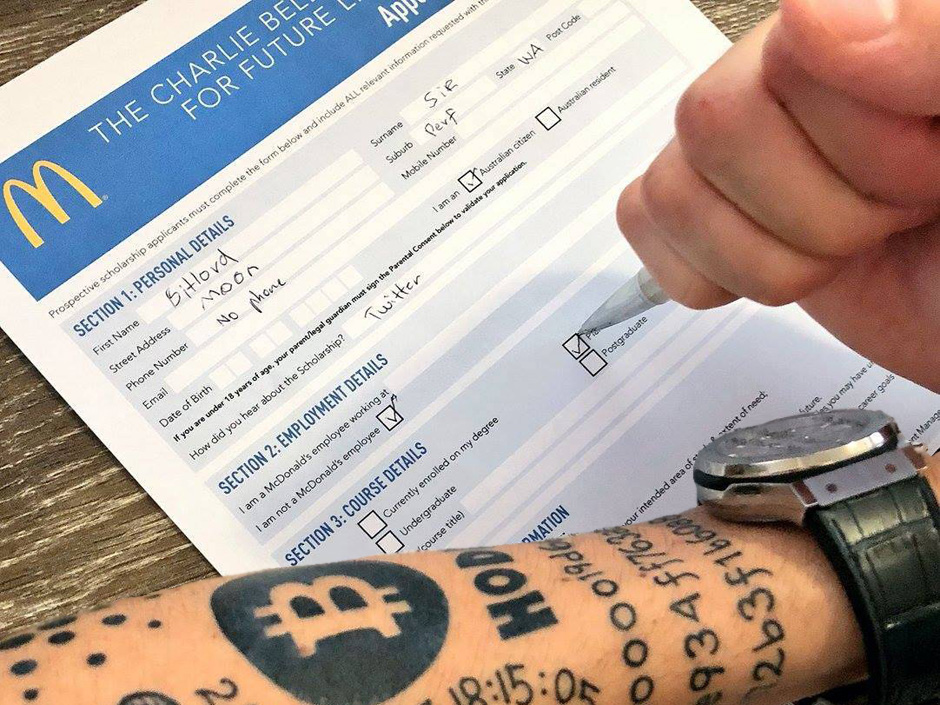 If you don’t own any crypto you are probably sick of dickwads who don’t know the first thing about trading constantly bragging about how easy this is.

And let’s face it, when you say it out loud paying $60,000 for a bitcoin sounds batshit insane. 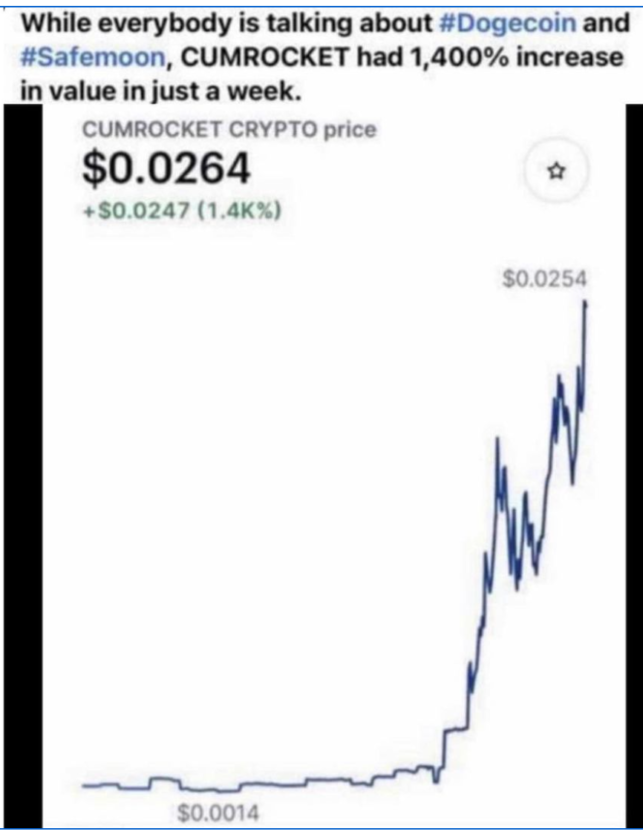 It’s the future of money, yo.

So I get why a lot of “real market traders” haven’t exactly embraced the crypto-asset revolution.

After all, who wants to buy the top, and end up being a bagholder enduring the usual 90% bear market declines in crypto?

I’m here to change your mind.

What if you could time the exact top?

Let’s look at the last top in early 2018 to get a feel for exactly how fast and furious that shit was… and then we can see how this go-around stacks up in comparison.

First thing you have to understand… the intersection of decreasing supply and increasing demand means that crypto markets will always bubble, then bust.

The story is always the same dumb shit.

Price starts going up. Dumbass milennial twat brags on twitter about how much money he’s made. More lemmings buying pushes the price up.

Traders stop selling because everyone’s holding a lottery ticket in their pocket and nobody wants to cash out.

I start getting 20 calls in a day about “should I buy crypto?”

And it’s always followed by a bear market so savage that even Mole had a bit of sympathy for them, and that is saying something.

Mole and I have spent the last year doing some true white-man magic data mining on the blockchain itself.

And we’ve discovered that these tinker-toy shitbag pretend markets have some crucial advantages that change the game radically in our favour.

In fact, I cannot fucking believe that Mole hasn’t been bragging about this already on the blog.

It’s literally the smartest shit he’s ever done… and he’s a man known for smart stuff (unlike me, I’m known far and wide primarily for the incredibly stupid things I’ve done).

We’ve figured out how to time major market cycles in crypto’s with an accuracy that I did not believe possible.

In fact, when it comes to technical analysis picking tops is a sign of an idiot. A sucker’s game.

The best way to ride a traditional bull market is to have a decent trailing stop, right? 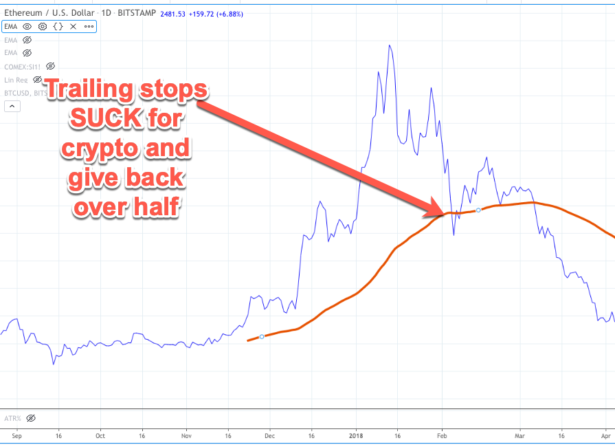 This is exacerbated by the fundamental property of crypto markets… that they make MOST of their gains in the final frantic month. 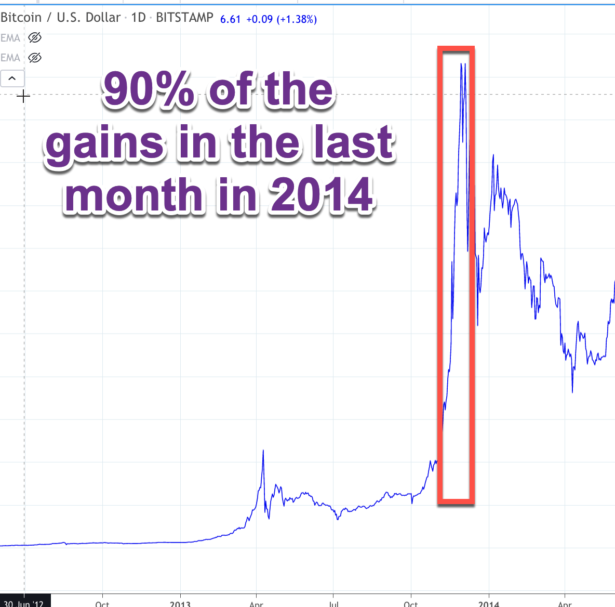 Mole and I have spent the last year designing a simple once-a-week system to trade crypto that’s exceeded all expectations, to put it mildly.

The crowning glory is what we call the greed index… which is going to be your new favorite thing.

We know that bull markets end in two ways.

But the very nature of crypto means that every single time it’s going to go out with a bang, not a whimper. It’s baked in.

So what happens when NOBODY cashes out and everybody just lets their crypto winnings ride?

And the thing these millenial morons forget every time is this.

“The market is like a large movie theatre with a small door. And the best way to detect a sucker (say the usual finance journalist) is to see if his focus is on the size of the door or on that of the theater.” Nassem Taleb The Black Swan

And that’s what we need to understand. It’s a pain in the ass to actually get your money OUT of crypto. You have to sell your shitcoins for bitcoins, move those bitcoins to an exchange, sell them for tether and sell those tethers for real money and then request a wire.

Frankly, nobody does this.

In essence crypto is like some hellish version of Las Vegas… you are playing at a table where you always win, but you can never walk away with your winnings.

When every person who has the capacity and inclination to invest in crypto is 100% fully invested and there are no more bagholders flowing in from the sidelines.

As in… an excess of greed.

So here’s the thing.

The time you bought your bitcoin is permanently embedded in the blockchain, right?

So I can make a pretty accurate estimate of what you paid for it?

And work out how much paper profit you have.

And turn it into a ratio by dividing by market cap.

There’s a LOT more to it than that, but you can see we’ve been able to objectively time market tops with pinpoint accuracy. 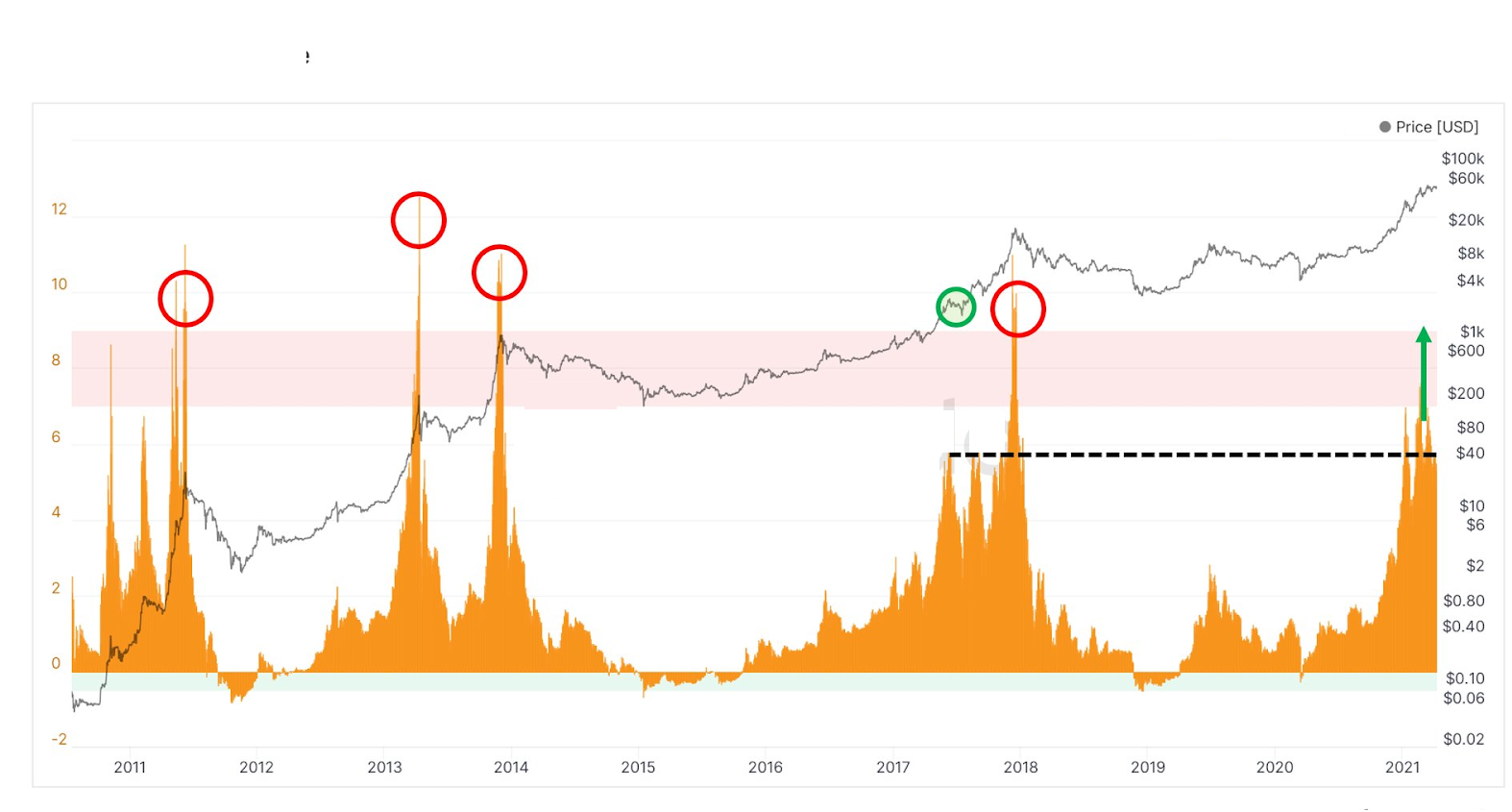 And say for sure that we aren’t at a market top yet. In fact we are just getting started.

Because let’s face it, the only thing stopping us from going all in on crypto here is the fear of becoming a bagholder.

And if your equity curve just flatlined in the bear markets… you’d be fine with this, right? 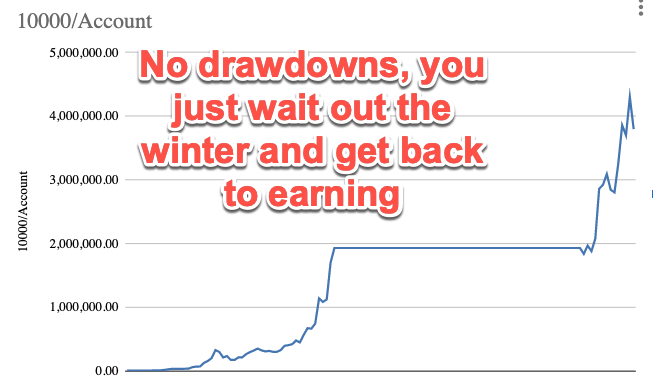 Over the next few weeks Mole will be releasing the system he and I have built together.

Together we turned 70K into a million fucking dollars starting on Jan 6th, and I just pulled out $420K in cash.

It’s the first significant withdrawal I’ve ever made from a trading account in 14 years of doing this full-time.

I’ve been able to support my family and grow my accounts, but I’ve never been able to withdraw a big chunk like that in one go.

And now, with Mole’s Greed Index…We’ve been able to nail within 3 days of EVERY SINGLE MAJOR TOP since bitcoin started in 2010, with zero false positive signals.

If I were you, I’d be watching for the series of videos Mole will be releasing on this.

It’s the greatest advance in trading since computerized charting. And I’m not joking about that.