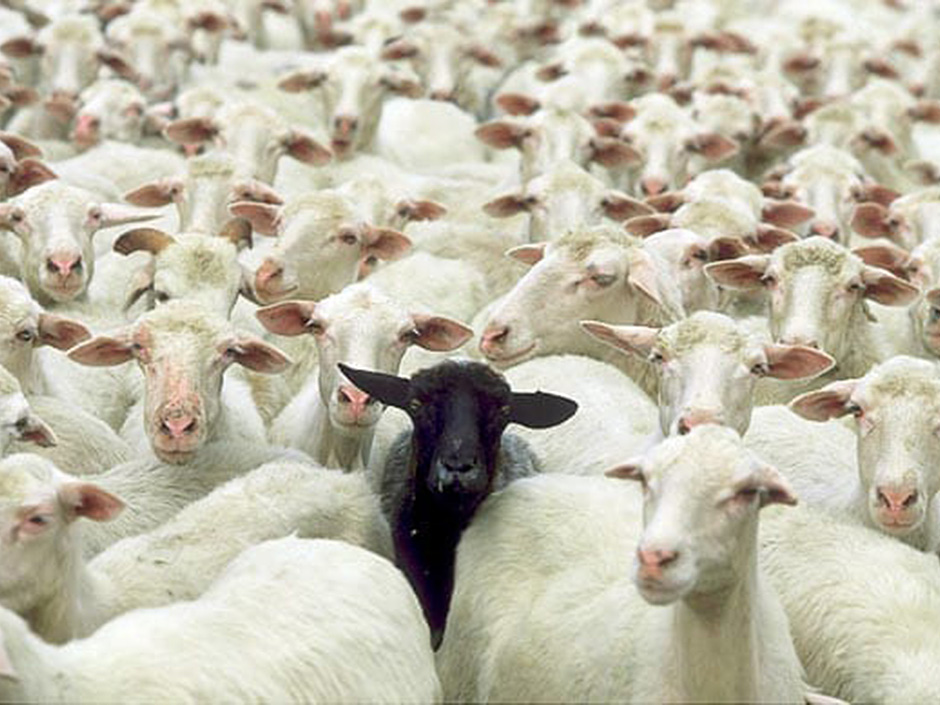 Clearly I am not talking about basic algebra here, but in the context of participating (and surviving) as a trader in the financial markets this time tested maxim has rarely let me down. One may counter by pointing at social manias or the various financial bubbles we’ve seen implode over the past two decades. And I would agree for there is a not so subtle difference, but it is a very important one to which I decided to dedicate this entire post, as it will make you a better trader over the long term.

The difference is quite simple: Riding a raging bull market higher for example – while it’s clearly happening notwithstanding all technical evidence – may be risky but completely justifiable as the potential upside rewards at minimum equal the potential downside risk. To quote Mr. Partridge (a.k.a. Old Turkey): “It’s a bull market, you know.” 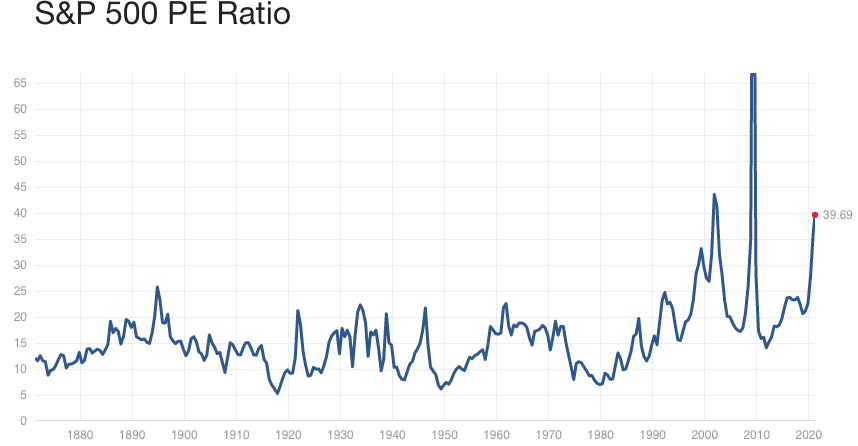 However betting large positions on an impending bear market that has yet to unfold, despite all technical evidence flashing red-hot, is quite another story. Yes, in both cases participants are motivated by fear. In the bullish scenario above (it’s agnostic to direction as long as the market phase is already in the process of unfolding) it was the fear of missing out while on Monday it was the fear of a massive correction. 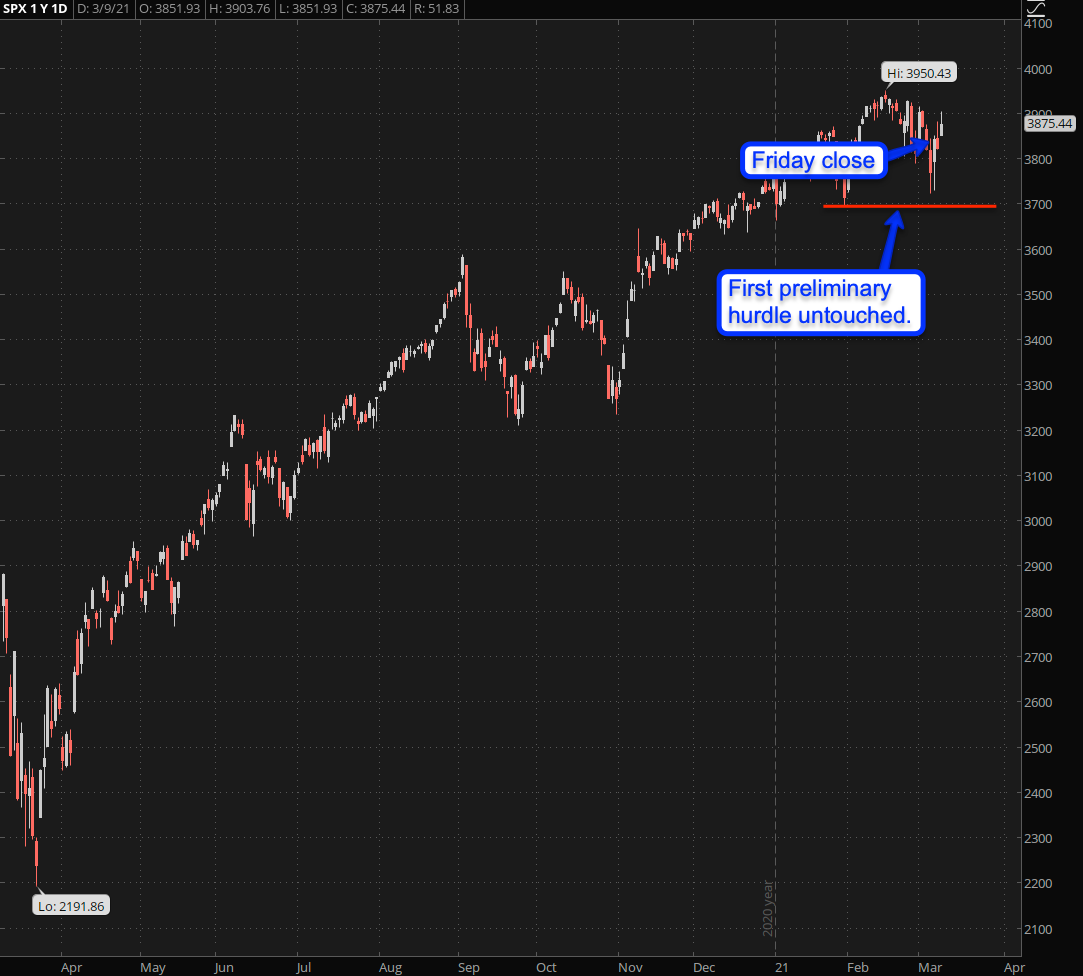 But that’s all it was: Fear based on purely technical evidence that suggested that we were standing at the edge of an abyss. However no meaningful downside had yet occurred outside a relatively shallow correction that did not even managed to inconvenience the first preliminary hurdle on the SPX.

Putting Your Money Where Your Mouth Is

Given this rather obvious disconnect, and the even more obvious fact that the bears had the rug pulled out from underneath them on more occasions than I care to remember over the past decade, here is the course of action I proposed to my intrepid subs:

There are probably two questions in your mind right now:

Well, sorry to break your bubble but you are asking the wrong questions.

Regarding 1) the right time to get positioned toward the downside was a week or two ago when I recommended medium term hammock spreads and OTM spreads which were still available at a discount. Further I also showed you a few very nicely priced OTM calls that I had been selling. That ship has long sailed.

Regarding 2) the proper approach here is to anticipate the opposite of what everyone else is expecting, which is a push higher. Now let me be clear – I do not think that the odds of that are much higher but a coin flip, maybe even less. But it’s the only possible course of action right now unless you want to waste money on bloated premium due to exploding IV.

The one thing I’ve learned over the years is that nothing in the financial markets moves in a straight line. So instead I’ll do what nobody in their right mind would do, look for cheap bets to the upside.

The long entries I proposed mainly focused on big tech. Not all of them have jumped higher in the interim but let’s run the highlight reel: 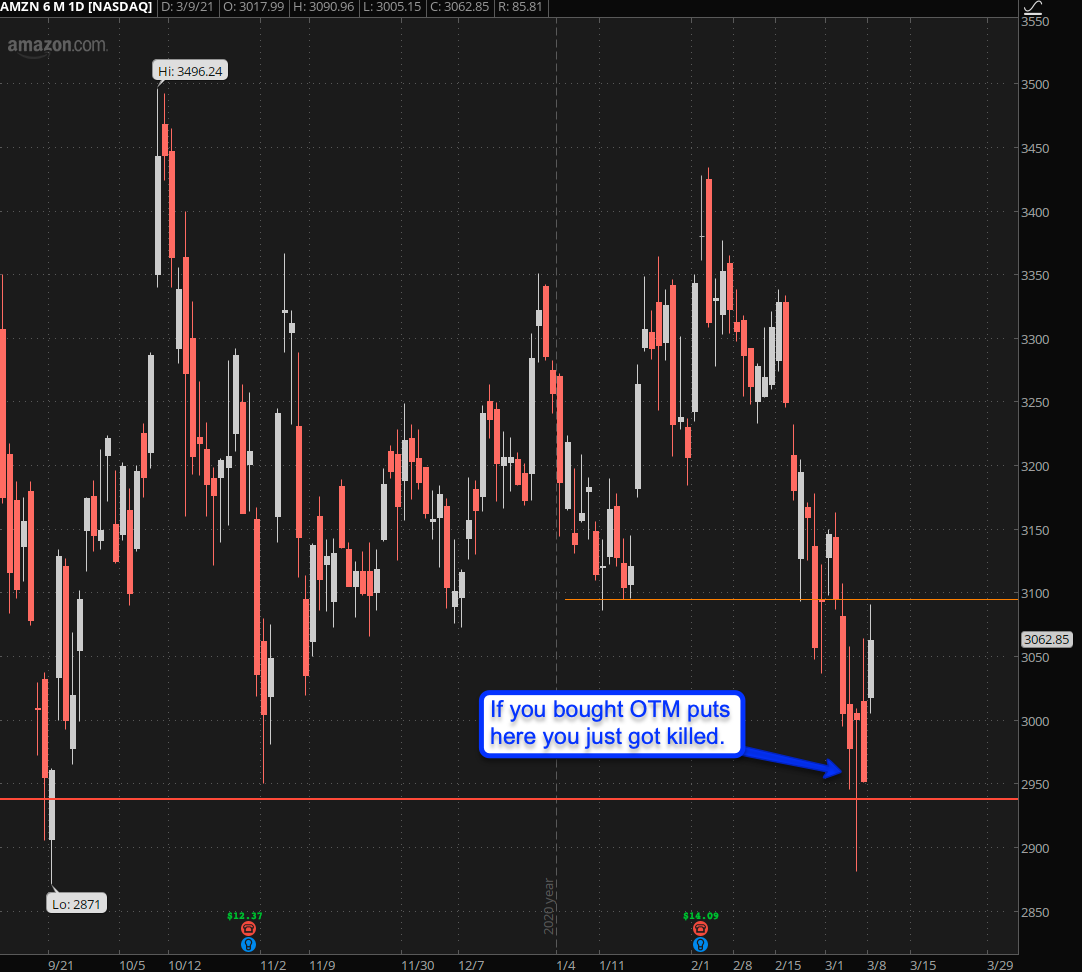 Let’s start with the big boys – AMZN truly looked like it was reeling on the edge last Friday and if you actually could afford to buy OTM put$ that day (hint: they were massively overpriced) you are probably getting killed right now. 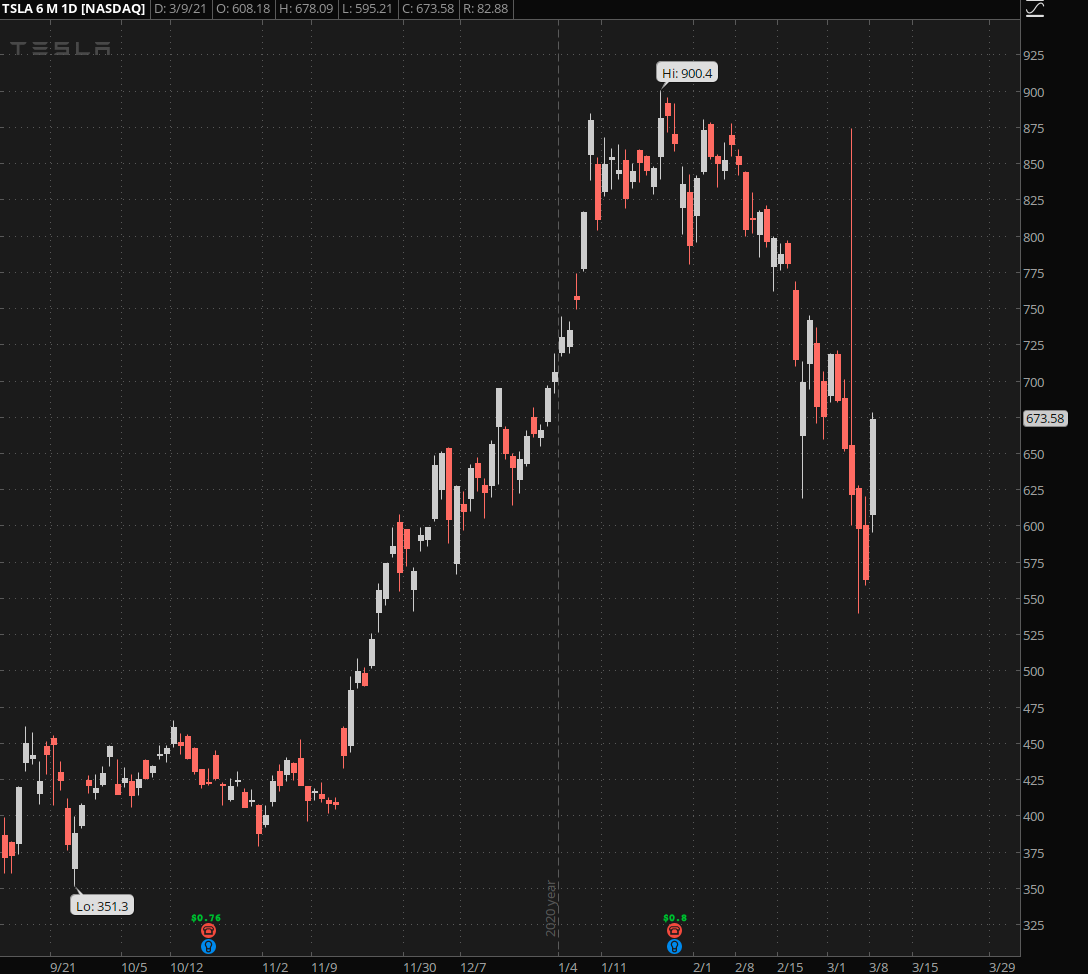 I didn’t actually propose this one but it’s part of the big dogs in the SPX now and it’s increasingly starting to affect the entire market. And affect it did as TSLA was spearheading yesterday’s move higher. Sector rotation anyone? (which I suggested on Monday)

That large wick is obviously a false tick by the way. 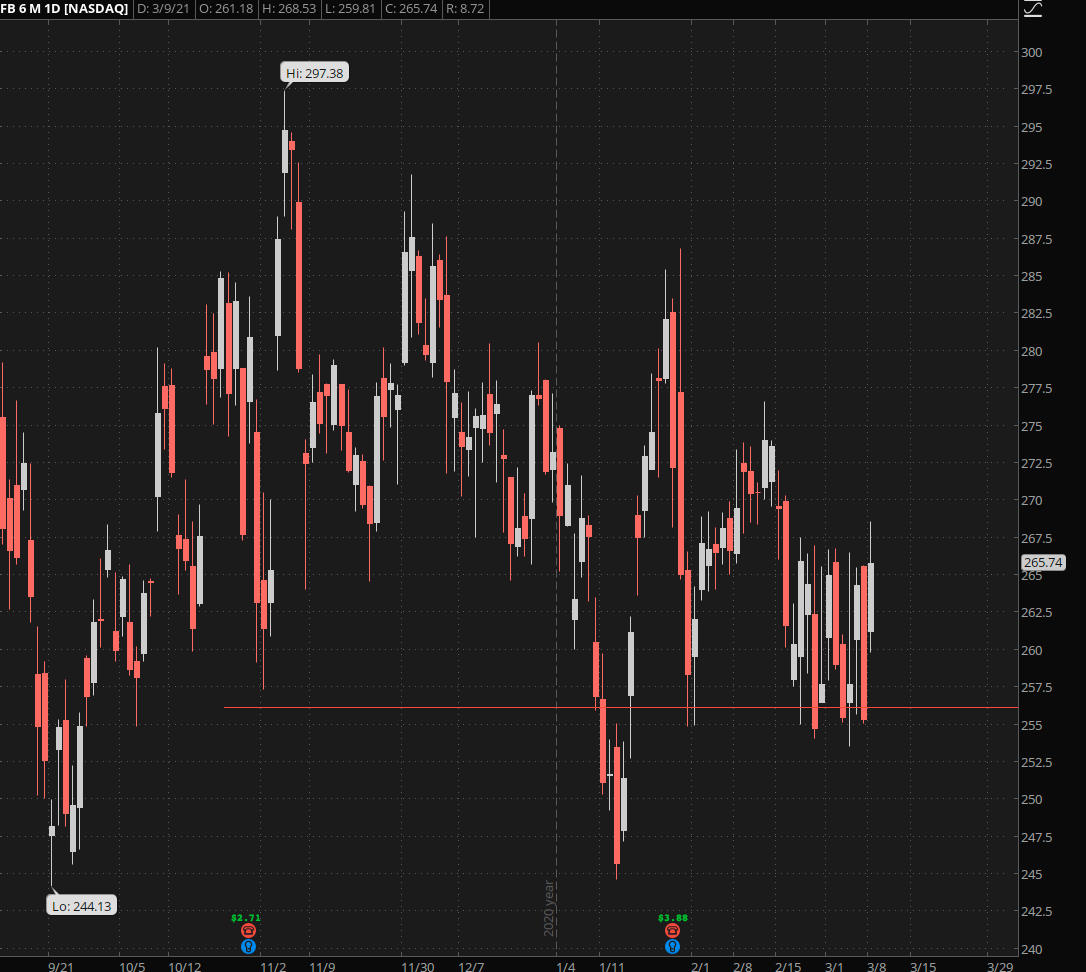 FB actually was the example I posted – and in all honesty I expected a much bigger jump and for that reason proposed a call ratio backspread. And it’s exactly what I would do again in hindsight as the call premiums were highly attractive in comparison to the premiums I saw on the put side – meaning nearly half. And when I bet contrarian I usually do it in anticipation of a whopper and not a whimper.

Remember this well going forward: What everyone knows isn’t worth knowing.

Or to phrase it more precisely (I’m originally German after all): What everyone knows is going to happen but has not happen yet, will most likely not happen or happen at a time when the majority has already given up on the idea.

Happy trading but keep it frosty 😉