UPDATE 11:41am EST: Zazu pointed me towards the CPC which I didn’t bother to look at last night: 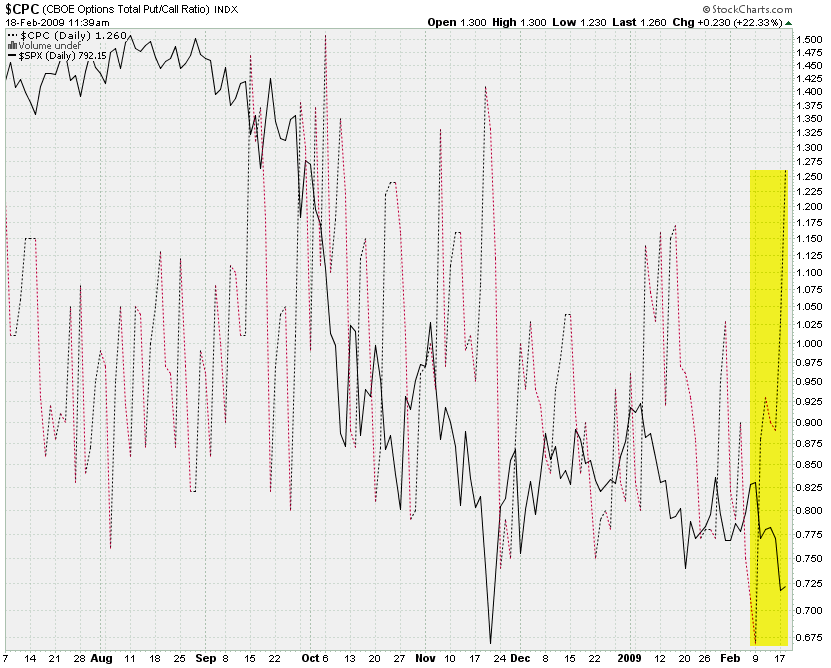 Talking about going from one extreme to the other. This does open the door for a potential snapback rally – remember, the majority is usually wrong. Not saying it must happen, but just make sure you are not too exposed on the short side. 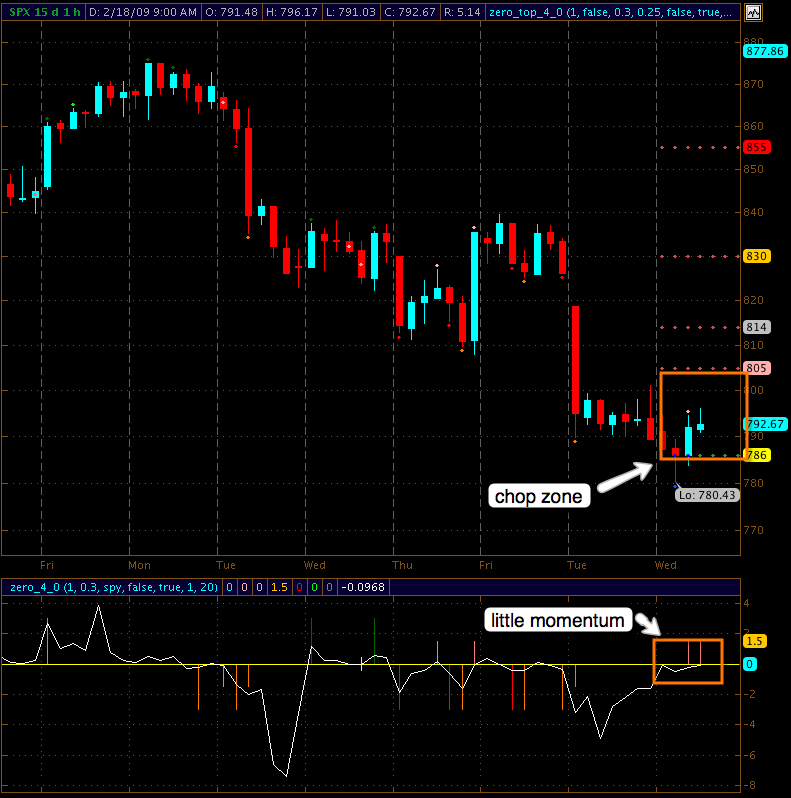 We just had a nice drop and touched a key resistance line around 780. It’s expiration week with only 17 trading hours to go. The bears have smelled blood and are reloading at the peaks, expecting a continuation of the drop. The bulls are beaten down but are positioned to make a stand around 780 or if necessary around 750ish.

The Zero is painting a thin signal indicating indecision – stop signals are being triggered due to whipsaw candles and signal reversion. Now, if I was a market maker I know what I would do. I would run the tape up and then I’d run it down again – not unsimilar to what we just saw. I’m seeing a lot of wild jaggeed moves to the downside and I’m sure it won’t stop until we touched the lows again. Laggard bears are probably chasing it down and hopeful bulls are taking profits or trying to minimize losses. Lather, rinse, repeat.

I don’t want to sound like your pappy here and all I’m saying is that you might want to be cautious. It’s understandable that you guys want a release move to the downside after having waited now – what – 3 months? But everyone is scared right now and the bears are getting overconfident. If I would see a -4 Zero signals it would be a different story but the indecision flags are telling me to take a step back and wait this out. Yeah, maybe I miss out on the best reload we’ll get – but maybe I’ll also be spared from a wild chop session. 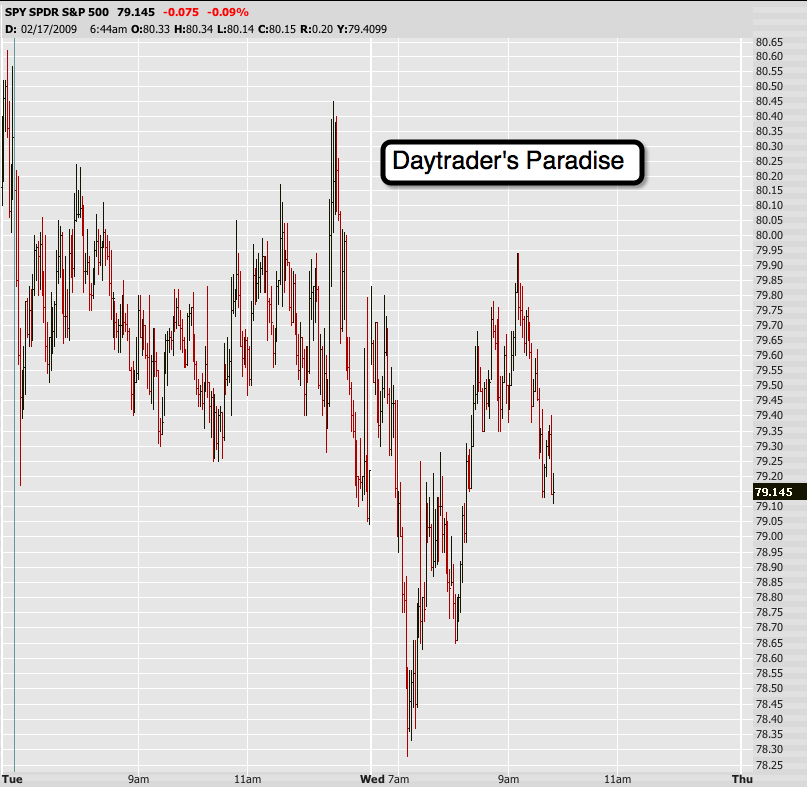 UPDATE 3:00pm EST: Boy, those were some nasty candles – LOL – somebody just stepped in and it’s not even 3:30pm yet. Not much else to say – as expected we’ve been chopping around all day, however we did drop further than I thought. Let’s see if we get some EOD fireworks. Zero is flatlining with a bias towards the upside. Don’t get whipsawed around, boys and girls.