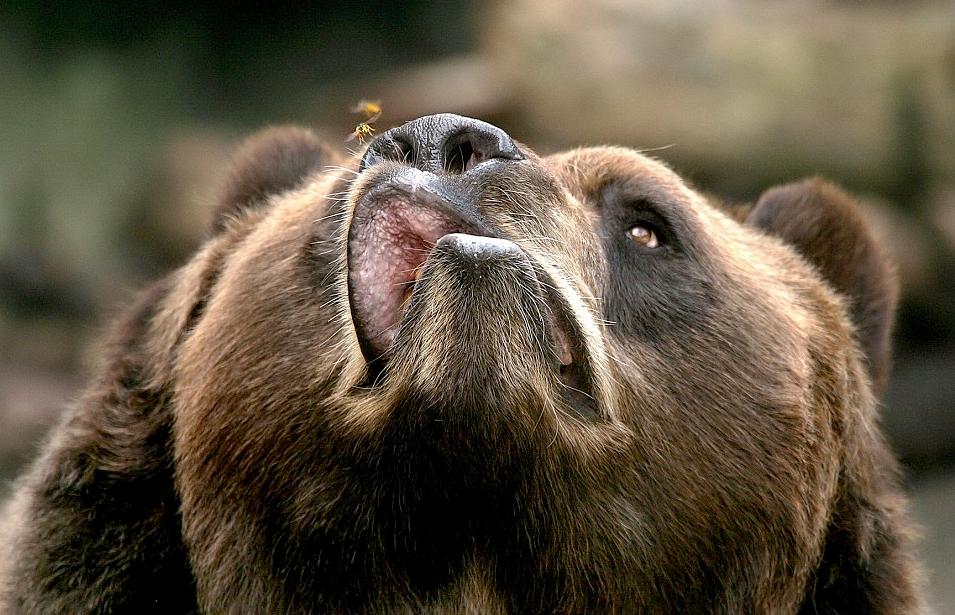 Bear markets in particular have a way of wearing on you. Sure they look great in hindsight, leaving little doubt about how you one could have easily banked millions. And quite frankly there is actually some truth in that (we’ll cover that later), but in reality most traders usually get chopped to pieces trying to time the endless preceding gyrations, only then to watch the tape run away without them. 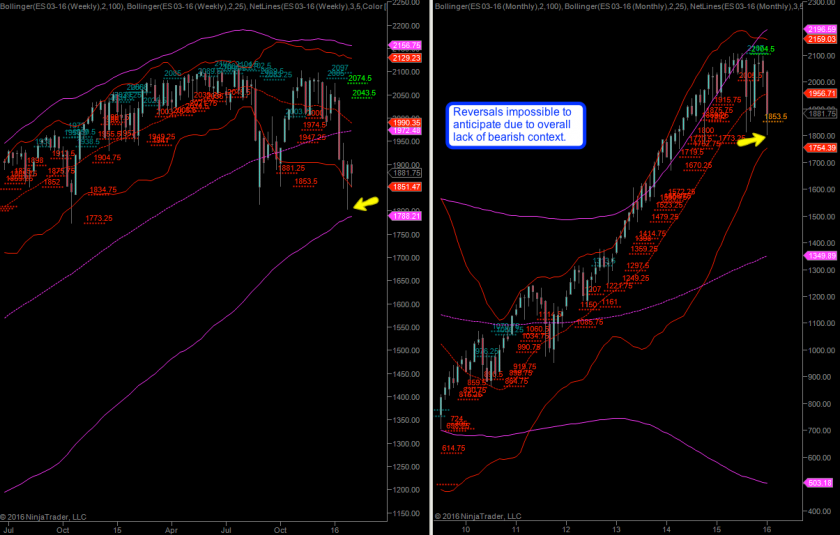 In my time running this blog I have gradually shifted away from posting long winded tutorials as people’s attention span seems to be inversely correlated with the amount of information they are being exposed to. So today let’s look at two very simple ways to assess a market’s noise factor. Because noise and lack of technical context are inherently the type of conditions you should expect in the early phases of a large market correction. Even more importantly the amount of noise present may actually be a key characteristic that differentiates the early stages of a long term bear market from a mere medium term correction as part of a bull market.

In bull markets corrections usually happen within a set of predictable parameters. There are support levels that are usually being observed – moves to the downside happen quickly and permit bullish participants to pick up long positions for a significant discount. Buyers move in quickly and reassert themselves which produces quick reversal spikes which discourage the bears and in particular put holders as vega gets crushed quickly. 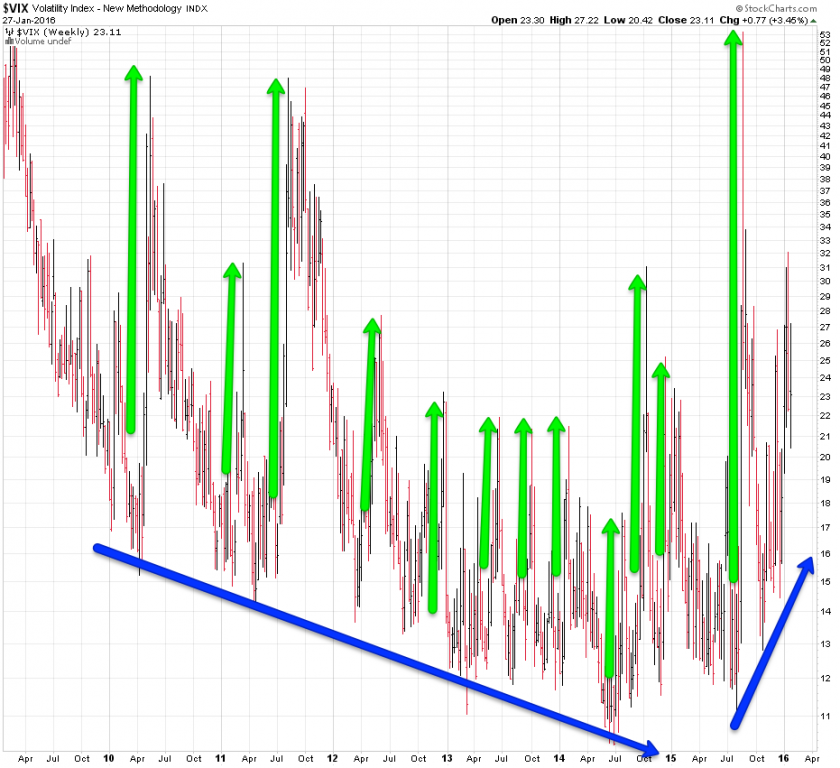 In any case, observe how volatility exploded in regular intervals and then slowly dissipated in the ensuing months. Also note that, starting in about 2013 we are literally able to watch the bears throw in the towel and give up for good. Why? Because IV spikes are curtailed to below the 23 mark, at the very peak we are below 18 in July of 2014.

And then in late 2014 something changes. Watch how volatility is becoming, well – more volatile and less obligatory again. We are no longer observing the casual ebb and flow of an unrelenting advance. Now the spikes appear to be less nochalant, in particular after the August 2015 correction. Most of 2015 had been a sideways chop from hell but IV had managed to once more descend to the 11 mark. Which was quickly followed by the biggest spike since 2009 which touched the 53 mark.

Since then we are observing a rising lower threshold and that is exactly what we should be keeping an eye on. Forget about the big spikes up – they disconcerting of course. But what really makes all the difference is the floor – if it is rising then that tells you about the most optimistic attitude of the average market participant.

More observations regarding volatility cycles below the fold:

I am going to grab some belated lunch and then hunt for a few more setups. If I do find anything delectable I’ll tack it on below.