I know what you are thinking now: ‘Boy oh boy – am I glad Mole told me to not chase the tape yesterday.’ Just kidding – I’m sure anyone who’s left here was smart enough to not put his member into that wood chipper. So, we got our little bounce – and I collected my toll fee via the longs I grabbed last night. Which were AMSC, ATPG, CSTR, GMCR, LAMR, MYL, and NFLX. Berk shot me those in the morning (you rock mate!) and I picked those right where I wanted them – outside their beautiful 2.0 BB. Strangely enough Berk and I follow completely different systems but often arrive at the same POV – if we both agree on a symbol it’s usually a winner. But that’s history – you’re only as good as your next trade, so let’s move on: 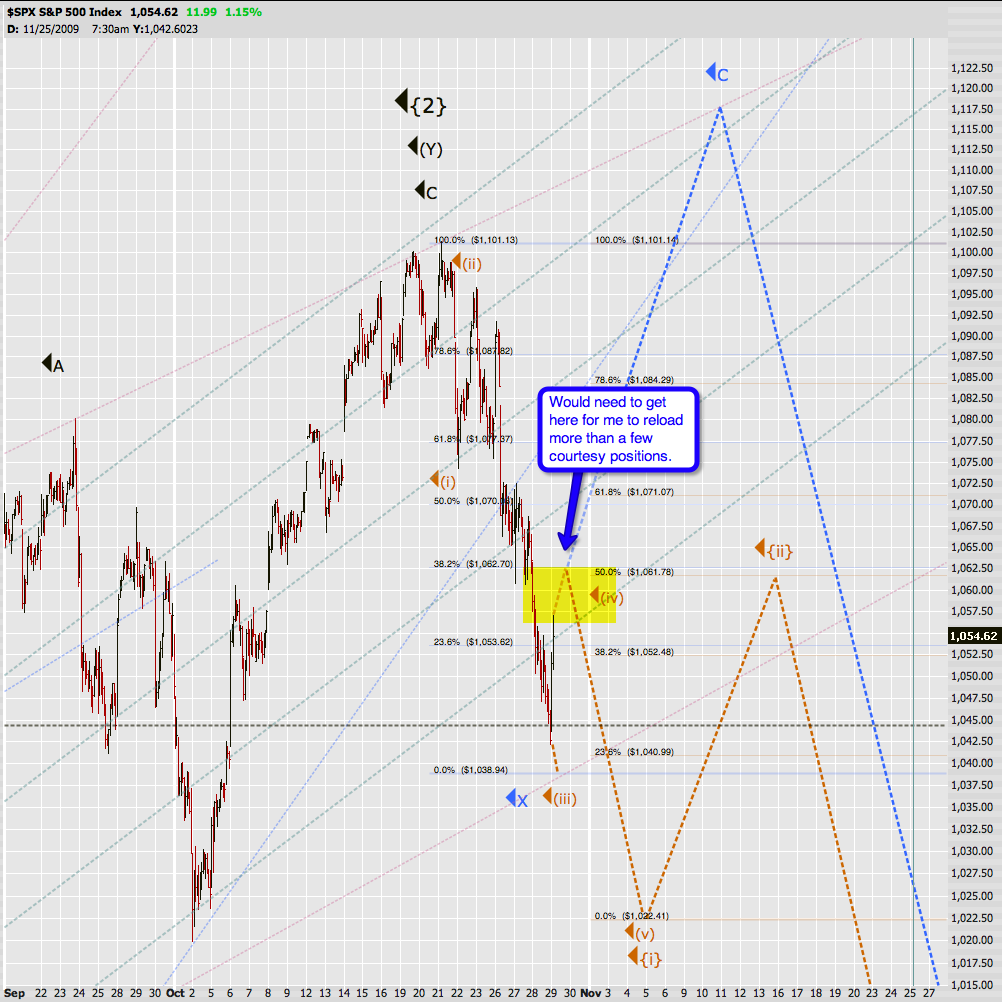 As I indicated – everything is possible but as the wave count is progressing as planned I am tempted to load up on a few short term puts if we bounce towards 1062. It might not happen at all and we might go straight down from here. If it happens we’ll meander around throughout the day, retest VWAP a few times and then shoot up before the close. Remember, today is a POMO day:

And pop a bottle of bubbly today as this probably is the last one – unless Heli-Ben gets a reload from our corrupt congress. Either way – today they’ve got only fumes left and it should only be good for a little bounce EOD. The results are announced around 11:00am – we’re about 15 minutes away from that. 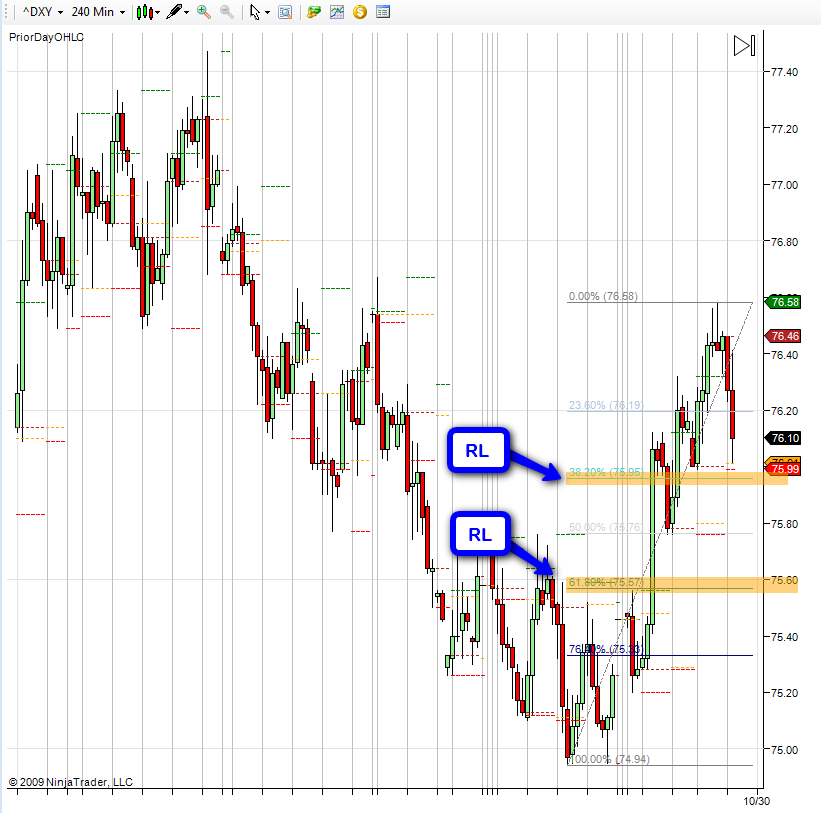 The ole’ buck has dropped into a little retracement, also just as expected. Either we drop towards the 38.2% or we’ll most likely go down and retest the 61.8% fib. Why not the 50%? 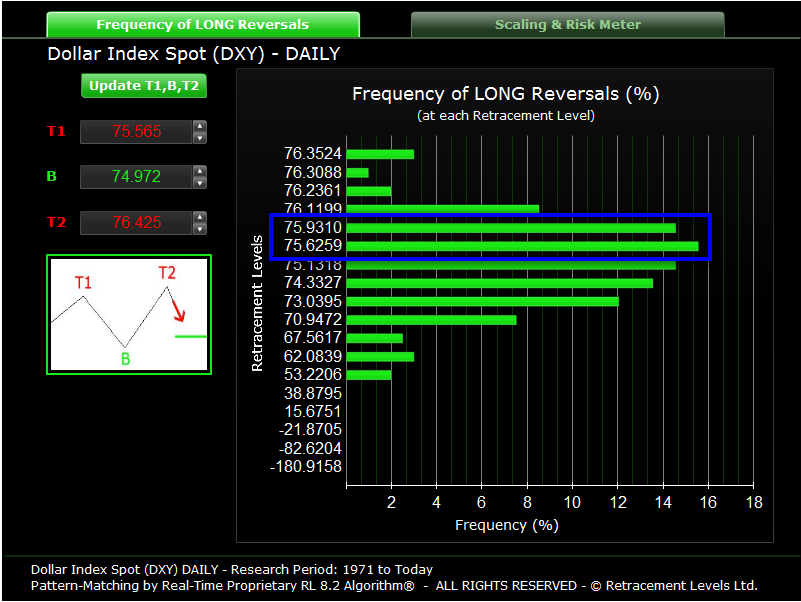 Well, according to 2sweeties’ DXY odds calculator we now have two high frequency retracement levels which just so happen to line up exactly with those two fibs. So, place your trades accordingly.

I enjoy times like this – when things line up with each other and you can actually assess your odds and pick your trades based on your analysis. Something I have dearly missed in the past eight months – probably the toughest period of my trading career.