Do Yourself A Favor

I have not talked about trading psychology for a while and today’s drop & pump session is as good an opportunity as any to cover something that can be rather disruptive to our daily trading activities. I am referring to an increasing observance of ‘crisis/drama addiction’. Although I am neither a psychoanalyst nor play one on TV it appears to me that during major economic contractions people across the board seem to be seeking out bad news or emotionally link themselves to geopolitical or macro-economical developments. 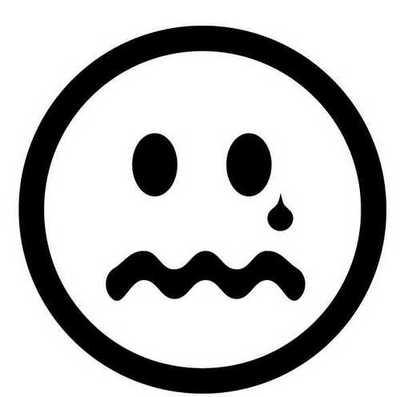 During the past two decades this development has greatly been aided by widespread Internet availability, thus offering easy and instant access to information sources which previously would have not been able to find a sufficient audience. A result of this has been a clustering of audiences, in that the ‘birds of a feather’ phenomenon seems to lie at the core of providing ‘alternative news sources’. As we live in our respective monkey spheres our own psychological state of mind as well as that of contemporaries around us affects the type of information we seek out. In other words – the general optimists will flock to bullish/positive interpreters of news or information, the pessimists or ‘end of the world’ aficionados will focus their attention on bearish/negative sources. This instinctual response also feeds a certain feedback effect, in that mutual consent of a certain perception is self-reinforcing.

What’s interesting however is how there also appears to be a distinct polarization effect in that a large portion of the population clings to good news or vapid diversions, even at is own detriment as crucial negative information needing attention is either belittled or ignored. The ‘intellectual elite’ actually appears to be most susceptible to crisis/drama addiction – not surprisingly as ‘over-thinking’ is not generally observed among the ESPN watching jocks of the worlds. When perusing the financial blogosphere over the weekend cynicism and sarcasm was at an all time high, which IMO appears to be an emotional valve regulating excess of frustration and a general sense of helplessness. The news out of Europe (i.e. Greek bailout drama, Norway mass killing by fringe group lunatic, etc.) only added fuel to the fire.

But there was something else that really grabbed my attention. It seemed to me that many participants on the bearish side are almost excited about the possibility of a financial meltdown. After having bet against the market for over two years now only the original gold bugs seem to have called Bernanke’s put while the vast majority has been continuously on the wrong side of the tape. So it’s easy to see who they think is to blame and why they want to see Rome burn. But the big problem with that is that it’ll probably spread to your own house and take you down with it. It’s tough to drive your kids to school when your neighborhood is going down in flames.

As you all know I have been extremely critical about the Fed’s machinations of the past two decades as well as what some refer to as the political process over in Washington. Suffice to say that I am making my own preparations for leaving these beautiful Californian shores in the not so distant futures. Yes, I do believe that this country is in the process of a major correction but I also know that glaciers move at – well – glacier pace and that you can never every underestimate the administration’s ability to extend and pretend. Therefore I draw a very clear line between economic decisions and trading decisions.

The ruling (some call it the ‘leading’) class has had us convinced for over two years now that life as we know it will end unless some important decision is made at a crucial deadline. In many cases that decision involved citizens relinquishing some of their civic rights or funneling tax payer money into over leveraged private mega entities. As Rahm Emanuel famously stated: You never want a serious crisis go to waste. And they have made sure that every supposed crisis has been leveraged and exploited to the max, much to the benefit of the connected few and the clear detriment of the many.

But again I am not taking any sides here – I have long given up on that as I have learned that there are no sides, only fake options. My own long term outlook at this point is not exactly bullish but I am not convinced we are sliding down the cliff tomorrow either. For the past 18 months I have let the charts guide my way and I think my readers are better off today because of my prime directive which is that the news does not matter. Because what ever makes it in the news has already been scrubbed, analyzed, vetted, audited, edited, and leveraged – we are usually the last ones to know. Thus there is no edge in exposing your mind to the flood of trash that’s being dished out on a daily basis. It can actually make you sick as a constant state of psychological crisis can lead to mental as well as physical disease.

In essence my message to all of you is this:

Do yourself a favor, ignore the news and trade the tape that is. Don’t get addicted to the drama that’s being dished out on a daily basis. Don’t get emotionally addicted to a constant state of crisis and instead constructively focus on what is in your own immediate best interest.

You’ll be a happier human being and most likely a more successful trader. Alright, a few charts before the close: 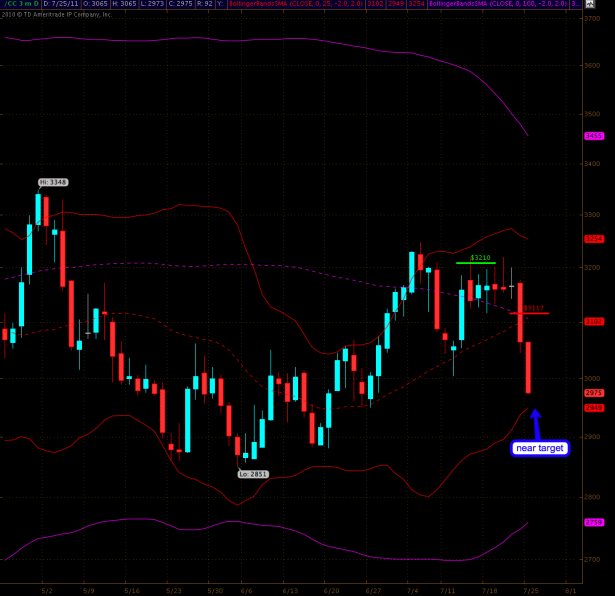 Cocoa is near our target – that was quite a big move and it’s best to collect and wait for further instructions.
[amprotect=nonmember] Charts and commentary below for anyone donning a secret decoder ring. If you are interested in becoming a Gold member then don’t waste time and sign up here. And if you are a Zero subscriber it includes access to all Gold posts, so you actually get double the bang for your buck.
[/amprotect] [amprotect=1,13,9,12,5] 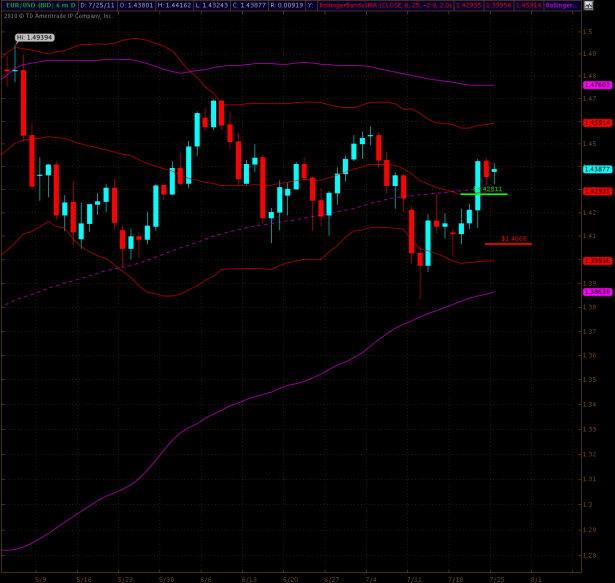 The EUR/USD is holding above its NLBL and although we may see a retest I think it’s got a good chance of pushing higher from here. Only take a long position on a NLBL retest – don’t chase it. Taking clean entries is crucial during the summer doldrums. 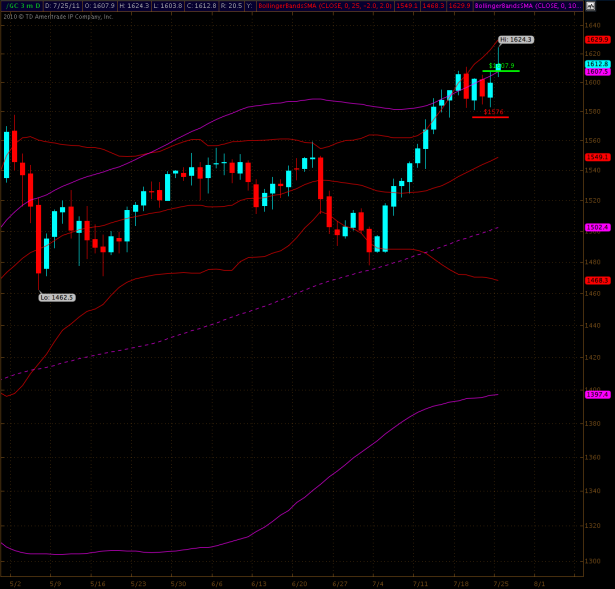 Gold is approaching levels at which the odds for a reversal are vastly outweighing the rewards of a continued push higher. Yes, I have heard all the arguments about the Greek tragedy – for over a year now and I don’t care. It may push outside both Bollingers before it turns but I would not want to be long here. But neither would I want to be short – I don’t see a clear edge (yet). So fade the hype and wait until the right setup presents itself – which IMNSHO will be to the short side.