Europe Will Never Be The Same Again

The series of terrorists attacks that occurred in Paris on Friday evening rattled not only France but all of Europe. I hate to say this but perhaps many years from now it will become known as the defining moment when Europe finally realized the magnitude of the crisis in which it was finding itself. Mind I point out that this one hit pretty close to home as my stepson lives only five minutes away from several of the attacks: 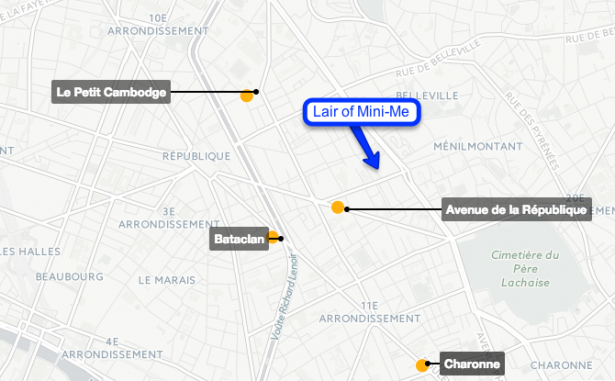 He’s in his mid twenties and actually was out with friends in that very vicinity. Fortunately he’s not a fan of punk rock but he could have been hit very easily. When the cops told everyone to get the heck off the streets he managed to traverse his way home through dark alleys and by remaining out of sight. We got lucky this time but given the sheer number of unknown vectors circulating within Europe it is just a matter of time until we get hit again.

This is not a political blog and I therefore will not elaborate on my personal opinions regarding the current mass immigration train wreck but some of you senior readers probably know me well enough at this point to make an educated guess. Let’s just say that if I was truly as nefarious as my alternate persona on this blog I would be very short personal liberties and long civic volatility. I also am pretty pleased with myself not having bought property here in Europe and having kept a pretty low profile in general. Anyone care to recommend a nice place in South America that offers relatively safety plus high Internet access? 😉 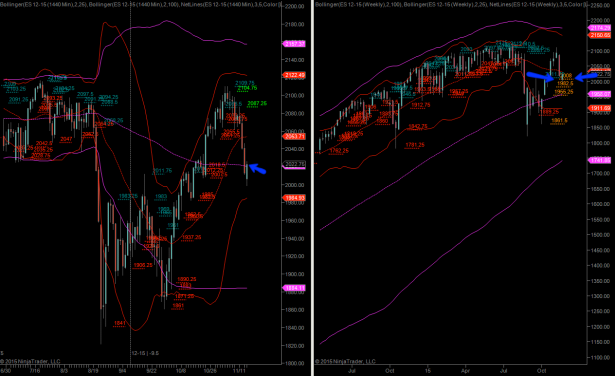 Speaking of trading, we have an opportunity here given the long term context on the spoos. 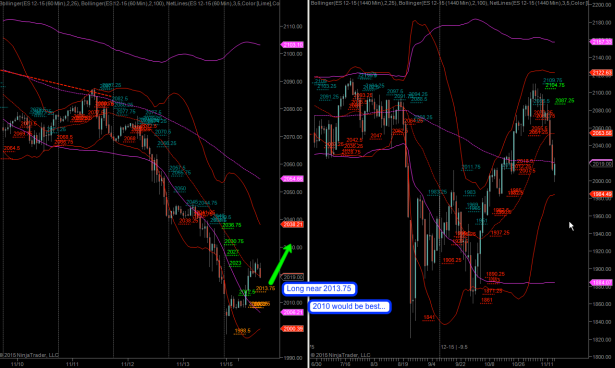 This is the setup I have in mind – let’s wait for a drop on the ES toward 2013.75. Long there with a stop below the recent lows. Yes, that’s a big range but volatility will kick you in the keister if you even think about being stingy controlling your risk. Deal with it.

My favorite equities setup however I am keeping for my intrepid subs. If you’re not one of them yet you only have yourself to blame 😉 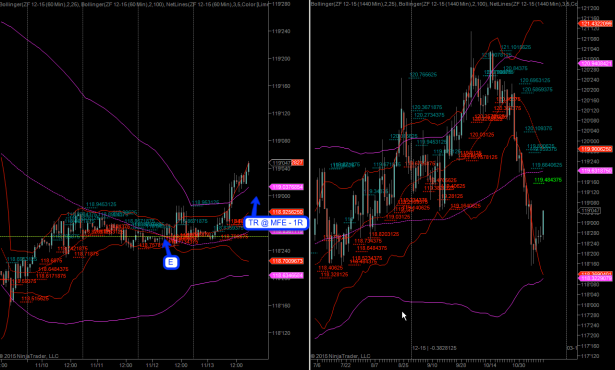 Update on our ZF campaign. Proceeding just famously and I’m moving my stop to MFE minus 1R. Will trail it this way until I see a spike low.

I’m going to dig around for more setups and report back here in the next 30 minutes.