Euros Are On The Table 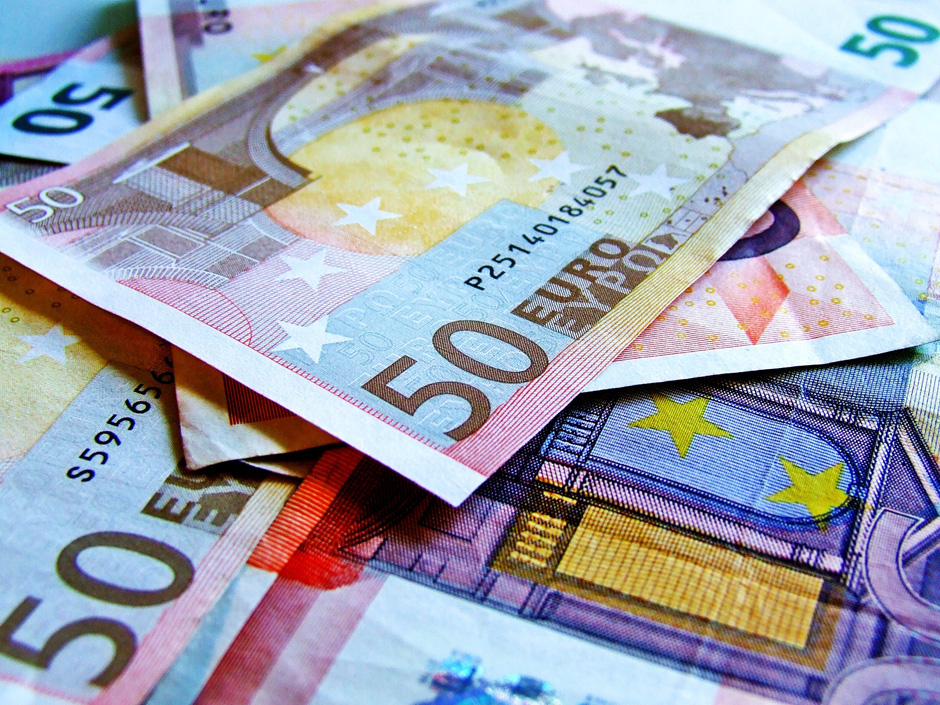 Much to my chagrin the Euro has advanced to an inflection point that marks the possibility of a major break out to the upside. Why anyone would abandon King Dollar and instead bet on a fiat currency that’s practically lingering in its death bed while being kept alive via an ECB deposit rate of -0.5% is way beyond my pay grade.

And that’s perfectly fine, because if I have learned anything over the past decade of quantitative easing then it is that the currency race to the bottom is beyond rhyme or reason and that trying to make sense of it all can only lead to negative outcomes. 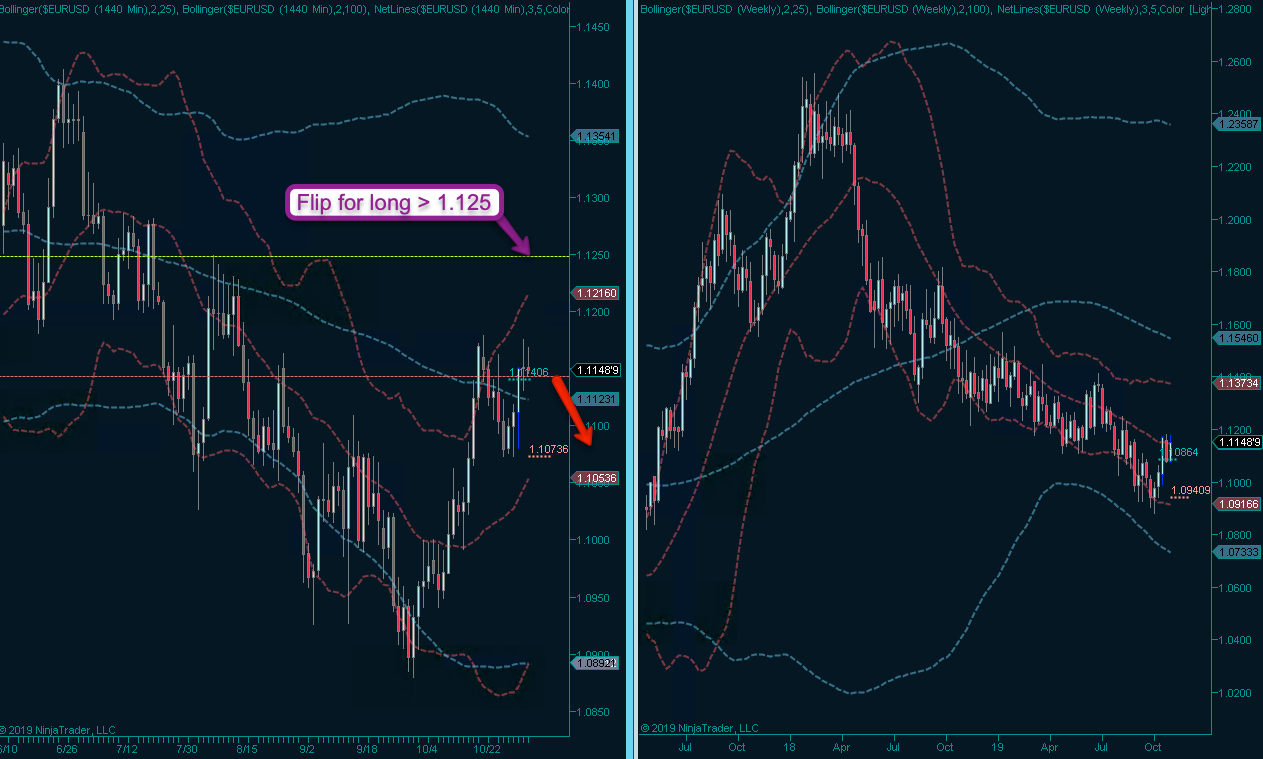 On a more practical perspective the EUR/USD has managed to claw its way toward the 1.12 mark which I consider an acceleration point. Now that Lagarde has taken over the ECB currency traders are still trying to get their bearings. However a few valiant sellers have already stepped in as evidenced by the long wicks we’ve seen over the past two weeks.

I have been biding my time but the current formation is probably as good as it’s going to get. Nice spike high with a retest that missed it by a few pips – which means I’m grabbing a short position right here with a stop > 1.125.

If that one gives way then we are talking break out move and I’ll consider a long entry unless things run off to the upside, in which case I may be forced to wait for a retest (the odds would be low on that unfortunately). 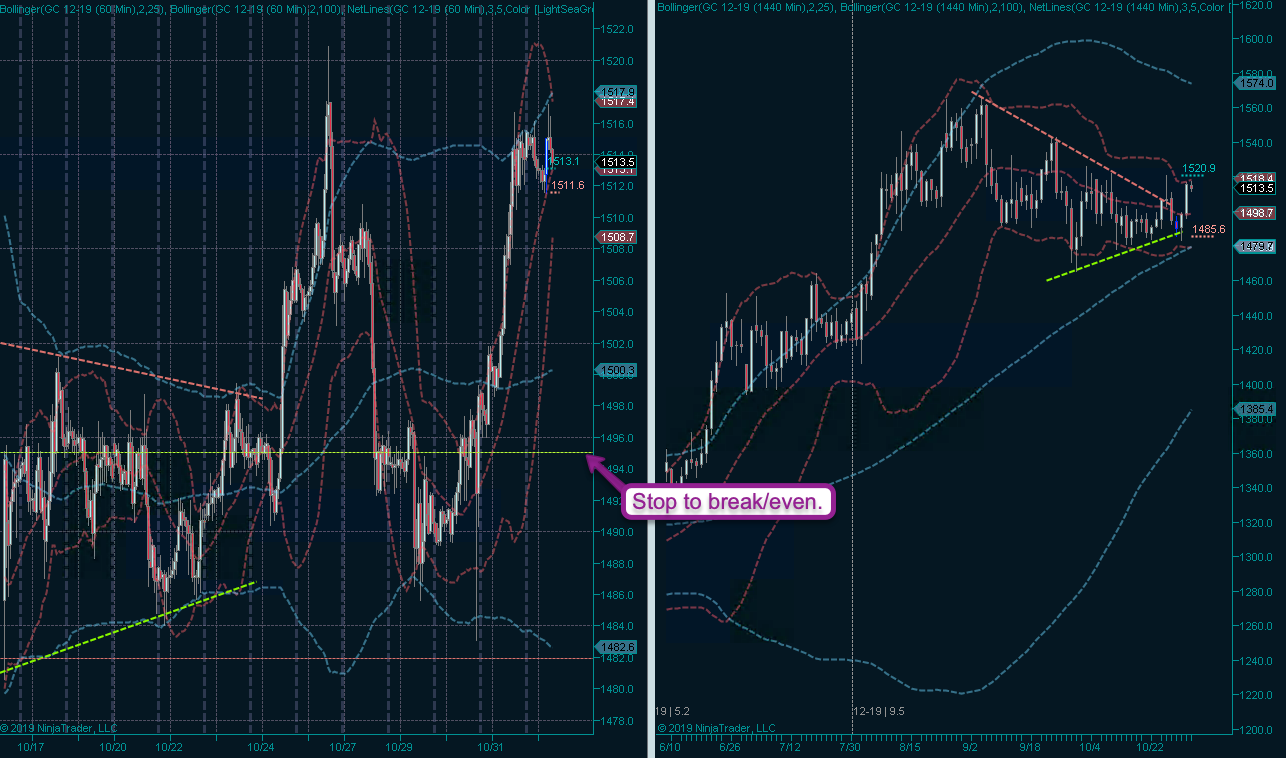 Gold nearly managed to shake us off (boy that would have sucked) but appears to have finally gotten the memo now. Congrats to everyone who grabbed this entry – a few people even emailed me on Tuesday that they were throwing their hat into the ring as well. Tony even pawned his Dukati just to load up on a few GLD calls – just kidding…

The current formation looks very promising and although we may see a few more gyrations I’d say we are in pretty damn good shape here. I’ll be trailing this bronco from a distance in order to give it enough room to kick, buck, and run (yeah I don’t know jack about horses – sorry – Julie, can you teach me when I visit?).

Note that the entry was taken on a daily chart and that means out time frame is measured in days and weeks, and not hours.