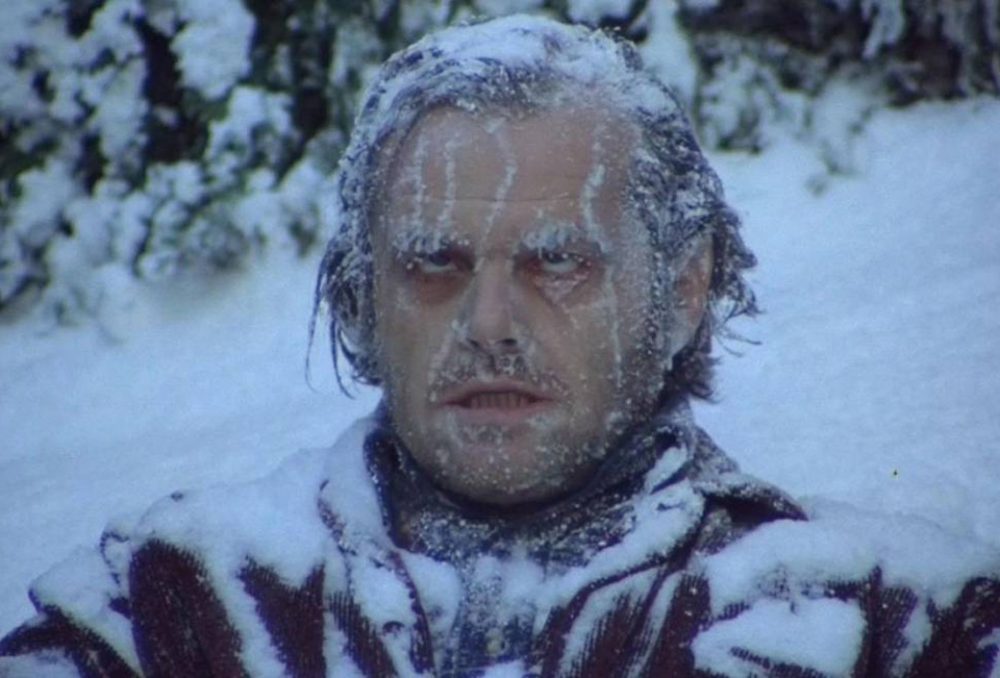 I just checked my open campaigns and apparently nothing’s moving, which is a bit unexpected given especially the intra-day volatility we had to deal with lately. But for some reason everything has remained frozen near late Friday’s price ranges. Which is comforting I guess if you dared to hold over the weekend. 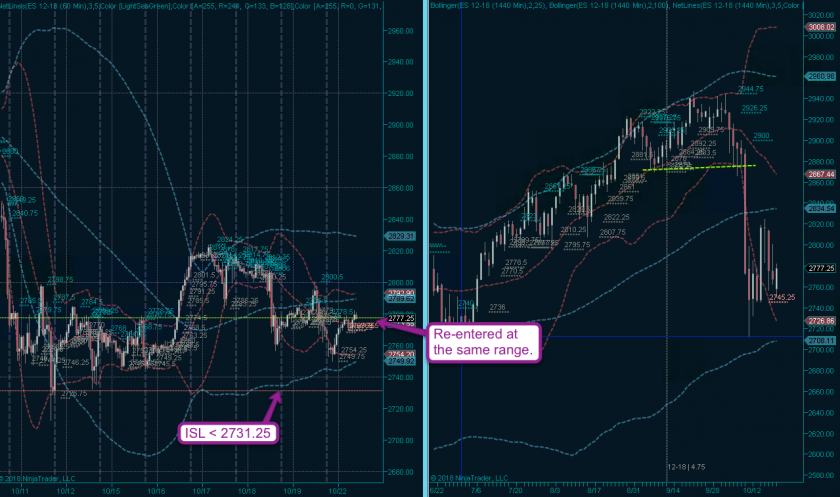 So I closed out my E-Mini long campaign last Friday due to lackluster buying pressure – just as planned earlier that morning if you recall. Well, I just jumped back in and almost got an identical entry. Not much has changed since before the last weekend and the same idea of a low probably bounce potential still applies. 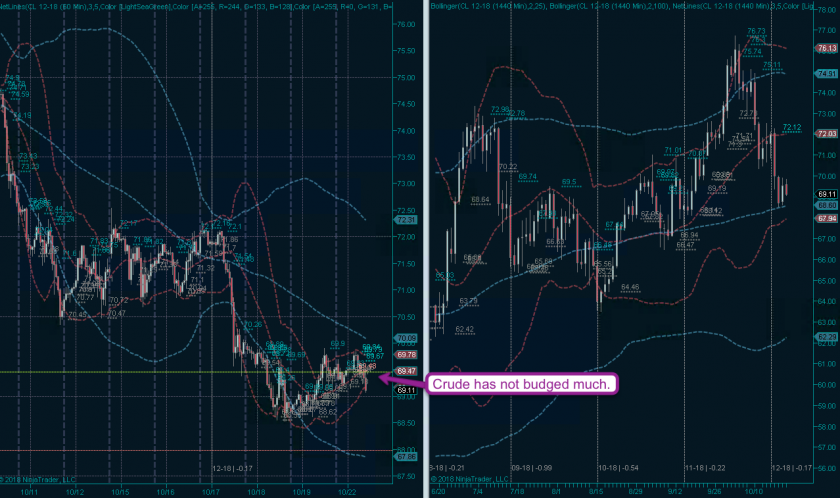 Crude has dropped a few ticks since I took this snapshot but in general momentum is stalling. Which is a double edged sword in a way as it shows that selling pressure has abated but it also means that the bulls need to take advantage now. And that may be tough with the Dollar back in bullish mode. I’m giving this campaign less than a 30% success rate at this point. 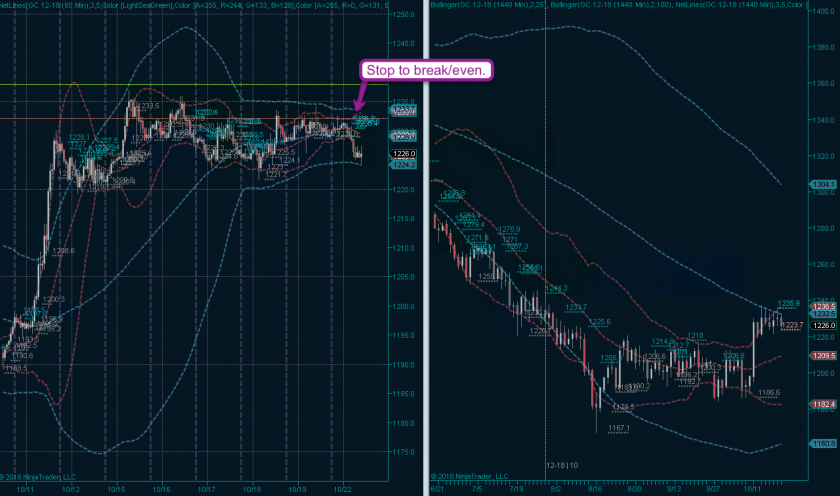 Gold also stuck in a very narrow sideways range for the past week or so. I’ve now dropped the stop on my lottery short campaign to break/even. Maybe a bit early but given what I see on the daily panel this either drops or pops. 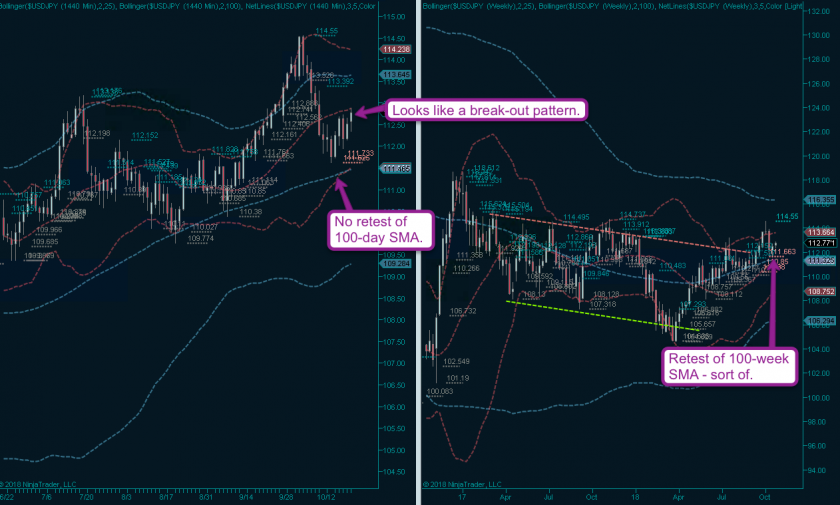 Now what may be aiding my short gold campaign is the USD/JPY which is starting to climb higher again after sort of retesting its 100-week SMA. It did not touch its 100-day SMA and that still makes me a bit suspicious. BUT the current formation on the daily looks like a break-out pattern, so I won’t look a gift horse in the mouth. 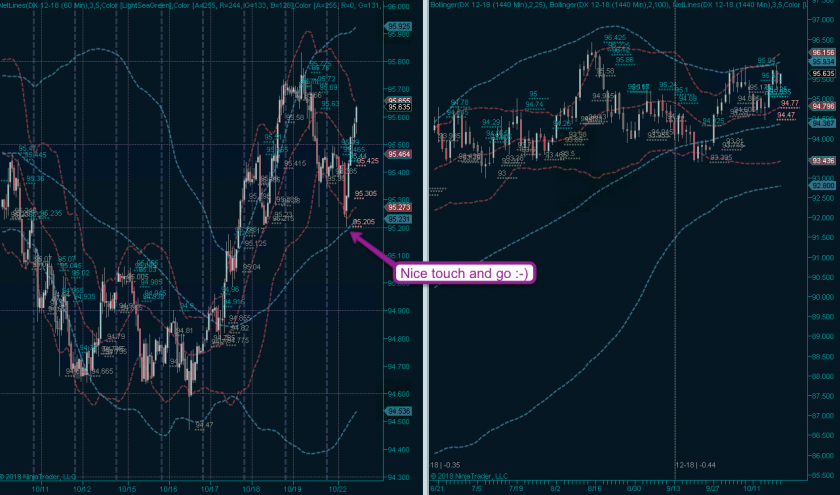 I’ve mentioned the Dollar a few times so here it is in all its glory. That my dear ladies and leeches, is a textbook touch and go pattern. I really wish I would have caught this one earlier this morning but given my posting/work/trading schedule I don’t make it out of bed early enough.

A push > 95.8 puts the USD back into scorched earth burn all villages mode. As you can imagine that would be pure manna from heaven for this Euro bound Dollar earning expat. 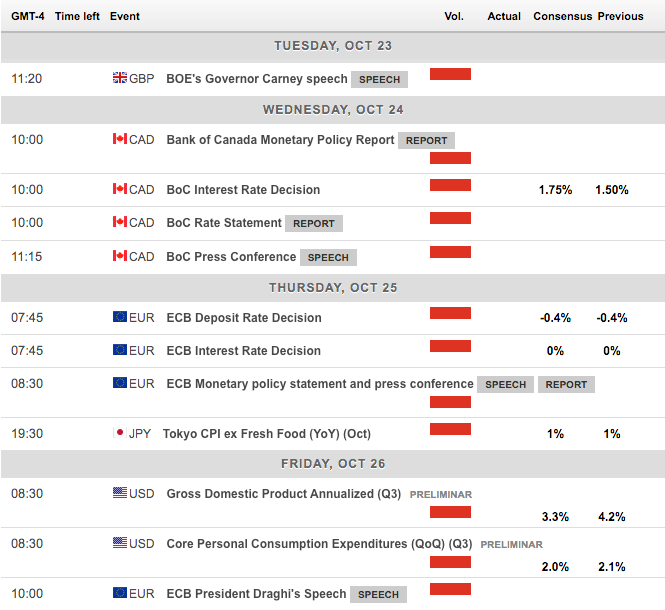 Since it’s Monday here’s our event roster for this week. It’s pretty smooth sailing until Thursday morning when we get the ECB rate decision. Seems like the Dollar bulls are anticipating Draghi to remain relatively dovish but if nothing else the greenback is in the clear for the coming three sessions.