History Does Not Repeat Itself – But It Rhymes

Various analysts (e.g. Market Mike, Daneric, and perhaps T.K.) have recently been comparing the obvious similarity in gyrations to the 1937 recession: 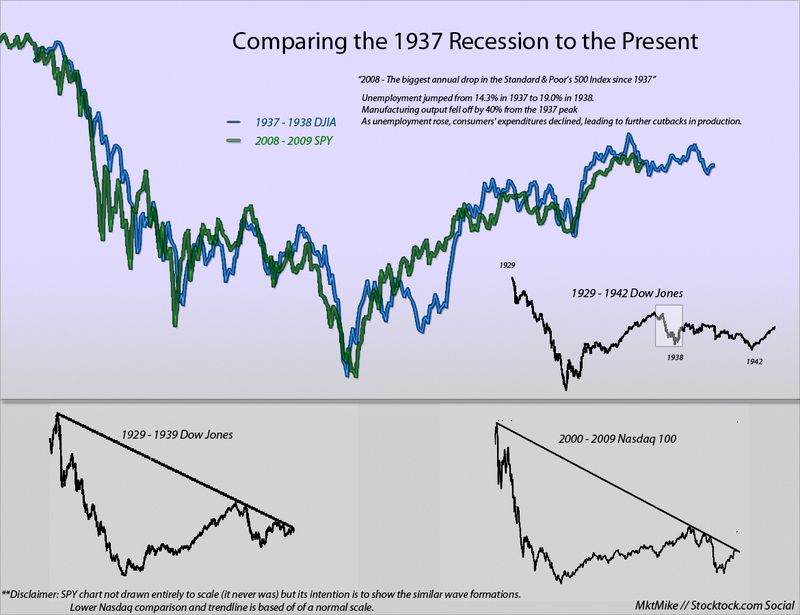 My opinion (and of course everyone has one) is this: History does not repeat itself – but it rhymes. Meaning – repeating fractals can be found all over the place but the wave count is completely different on this one, a blatant fact everyone seems to be ignoring. 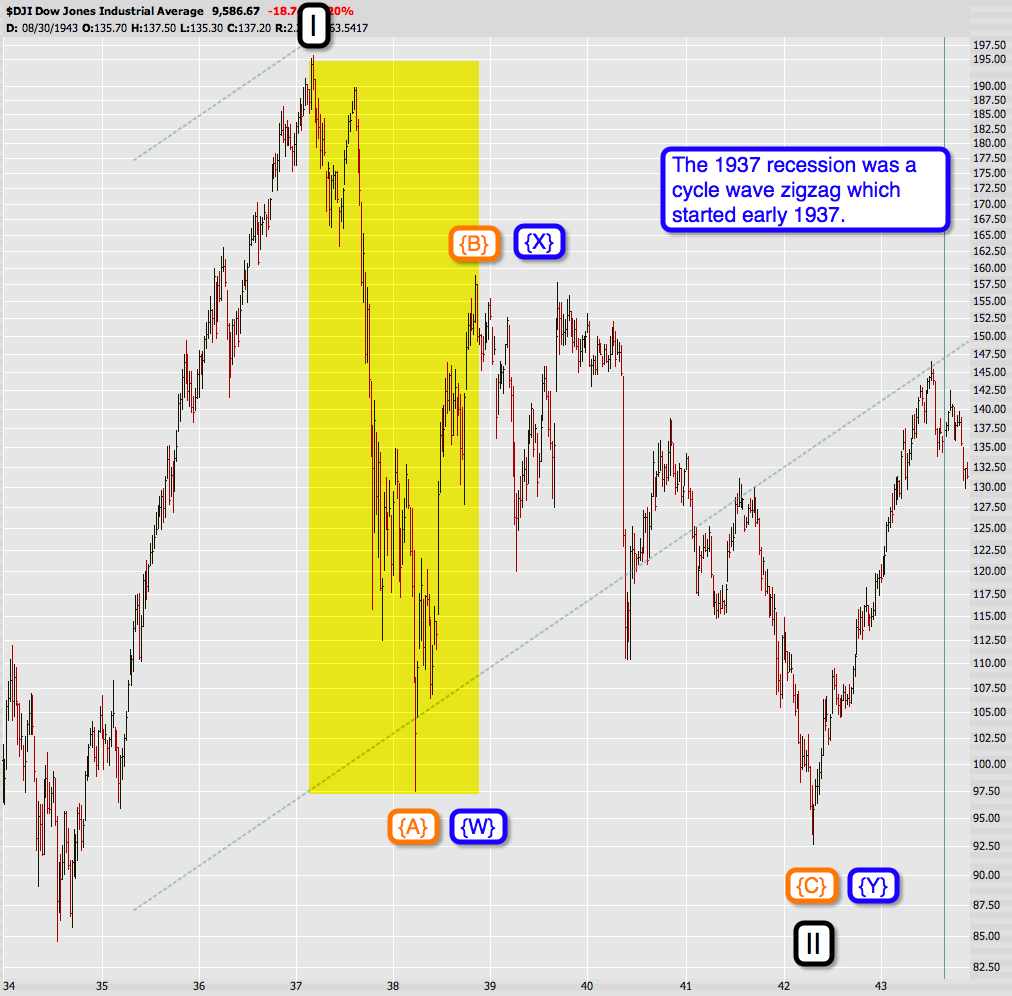 The 1937 was a complete zigzag correction as part of cycle wave II of Supercycle (V) – according to my count. 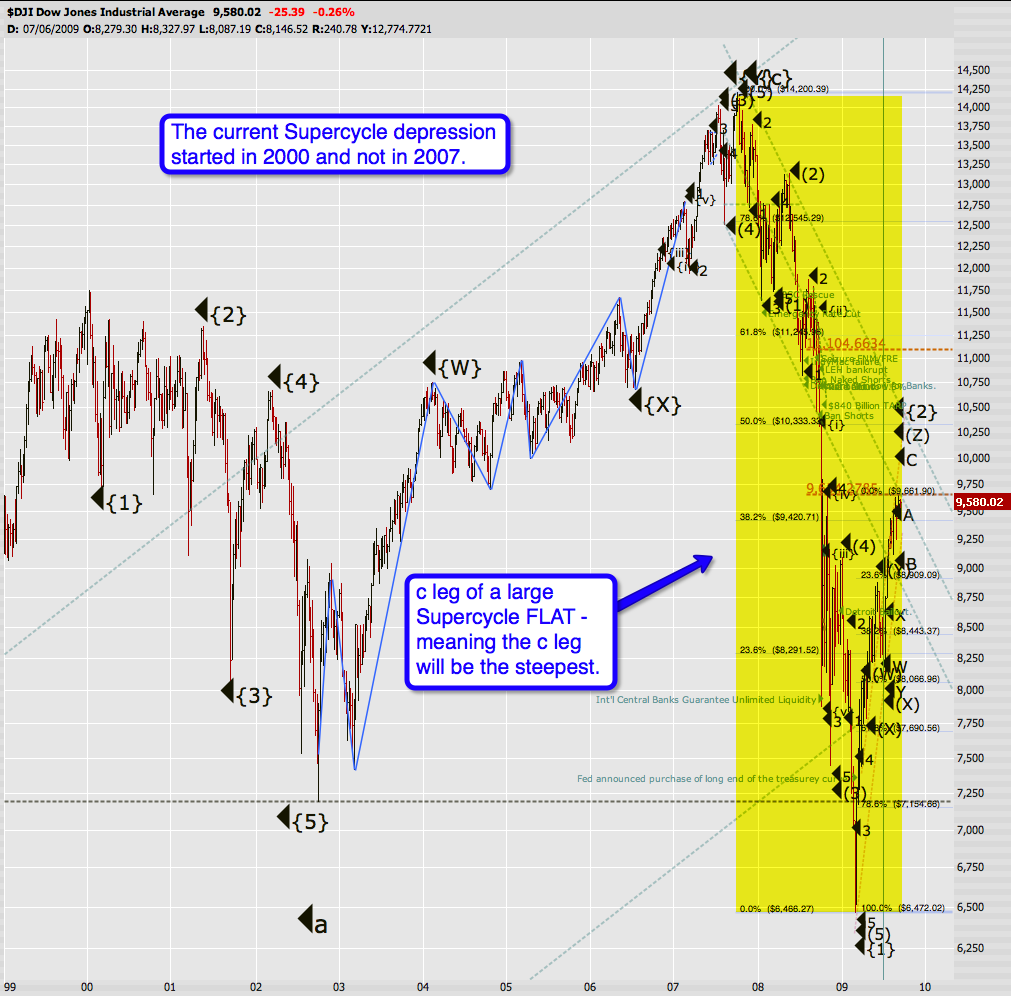 The current depression didn’t start in 2007 – it started in 2000 and was papered over by Greenspan and the Fed. Since then we have been tracing out a large expanded flat (psalm 47:1-34 in our bible), of which the c leg is still in progress and I expect to conclude far below 666 – again, according to my (and Prechter’s) count.

The difference here is key in that the 1937 correction was a regular zigzag in which the A leg traditionally is steeper than the C leg. However this time around we’re dealing with a nasty expanded flat which will fool many bulls (and bears) as the C leg of a flat is steeper and more violent than the A leg.

I’ve said before and I say it again – this bear market is only getting started and the nastiest part of it (Primary {3} of cycle wave c) is in the near term future.