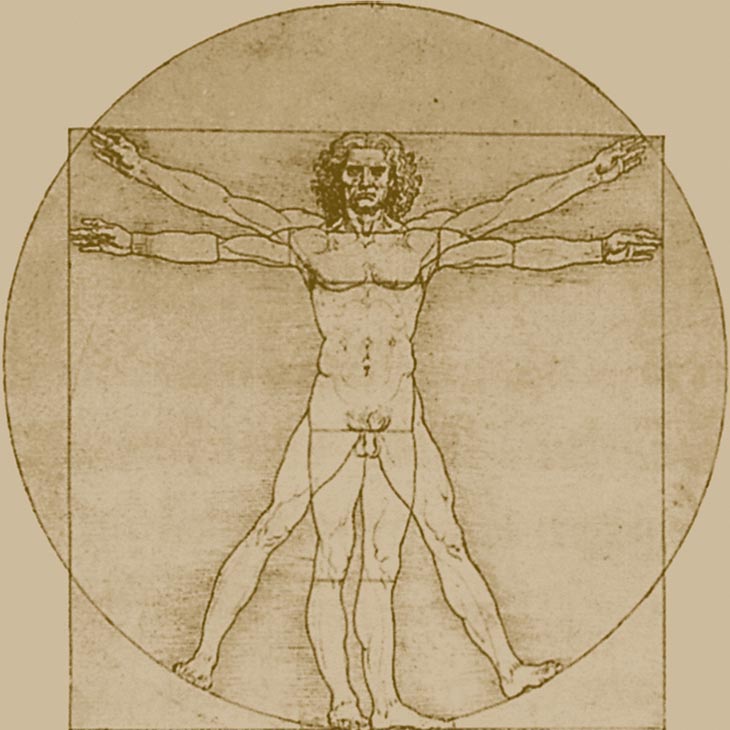 As you may have heard – the Mole does not read the news. Actually, to be more precise, he avoids it like the pestilent mental contagion it has evolved into over the years. A bit over a year ago I actually wrote a pertinent post in which I encouraged all readers to unplug themselves from the matrix and in its stead adopt a strict information diet as part of an effort to regain peace and mental balance. However, that said, as a financial blogger my readers often feel the need to share with me salient articles, especially those high on the list of needing to be preserved for posterity. 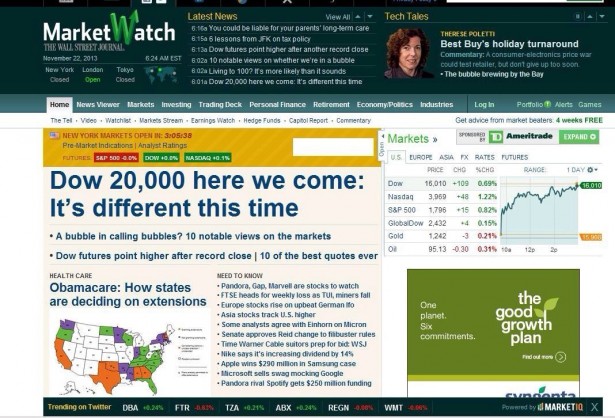 And with that I present to you this morning’s jewel:

Now whether the Dow will one day actually touch 20,000 is not the issue here. What is however is that of human nature. In a world where information can spread across the planet in a matter of seconds, where the relevancy of news often only lasts days, and in which the lifespan of our devices delivering said information is now measured in mere years, and sometimes even months, there is one important component that has not been upgraded for a very very long time.

Yes, you probably guessed it. It is us. Human beings have not changed significantly for tens of thousands of years. We may have been smaller or even taller at times, we dress differently, and our social customs have evolved over time. But the human brain of a prehistoric fellow bashing it out with saber tooth tiger some 15,000 years ago is almost identical to the hipster yapping on his cell phone in the theater while you’re trying to enjoy the latest 3D blockbuster featuring said saber tooth getting clobbered at the local cineplex.

So here it is – the weak link in the chain – and the final recipient of the flood of information that now is being channeled into our collective minds. The hype, the gossip, the fear du jour, the big news, and of course the small news courtesy of our latest glorious digital contraption designed to enrich our lives – social networks. We are now being inundated with information 24×7 and we all squeeze it into our strained frontal cortex and leave it to our synapses to duke it out with each other. Somehow we all try to make sense of it all. Whether or not this is a good thing or a bad thing isn’t the purpose of this article, I leave it to the reader to make a call on this one.

What is the issue is that we have not changed in any significant way. Not only are we the same human physically we are almost identical mentally. So effectively we are using the same brain designed to alert us to that saber tooth lurking behind the next rock to drive cars, operate heavy machinery, write essays on a computer, analyze charts. You get the point. Basically we are still running the very same mental firmware that kept us going tens of thousands of years ago. Fortunately it’s rather plastic and thus far we have managed to somehow keep up even if sometimes it feels we’re scraping by the seat of our pants.

There however is one aspect of our consciousness that has barely changed and is almost identical to that of our ancient ancestors: human nature. If there is one constant you can expect in the game of trading the markets then it is that of human nature. For one, and all wishful thinking to the contrary, we simply don’t learn from past mistakes. Yes, we may realize that touching a hot plate will result in burned mittens. But even that one gets re-tested every once in a while. Predictions are another mental flaw we keep on pursuing – for some reason we constantly try to predict the future. Sports, lottery numbers, our personal future, the weather (although we get better on that one), you name it. Are we any good at it? Yes astonishingly we are – but only when it doesn’t matter. But we are in fact pretty horrible at making predictions when it matters the most. When it comes to tsunamis, earth quakes, terrorist attacks, stock market crashes, we have a pretty bad track record. Just ask Nicholas Taleb.

Which brings me to the financial markets – supposedly a system built on market efficiency. A hypothesis which asserts that financial markets are informationally efficient, whatever that means. The truth is that it is good old human nature, yes the original version, release 1.0, that still drives us and thus the markets. And that invariantly leads us to conjuring up silly predictions like the one featured above. Let me ask you – the reader: Did you back up the truck and loaded up on long term Dow 10,000 options in March/April of 2009? Or two years before that – did you sell your house and borrowed a few hundred grant from your local loan shark to short the heck out of the S&P in mid to late 2007? And then took profits in early 2009? Of course not. You didn’t do any of these things because you didn’t have a damn clue.

But for some unknown reason that doesn’t keep us from trying, does it? It’s human nature – v1.0. And I don’t expect an upgrade any time soon. I leave you with a few quotes from some enlightened minds – who knows, perhaps somehow they managed to acquire an early release of v.1.1?

“Two things are infinite: the universe and human stupidity; and I’m not sure about the universe.”
– Albert Einstein

“People often claim to hunger for truth, but seldom like the taste when it’s served up.”
– George R.R. Martin, A Clash of Kings